Owner: Nic A.
Location: West Australia, Australia
Comments: Corona Muralis has been loaded onto the Legio Audax Redemptor conveyers and shipped in to New South Wales for the next few years. The War Engine has also been sighted providing Legio support to a large armoured force of Guard attached to a holy Explorator mission into Segmentum Obscuris. Sighting foul traitors, the titan took the lead and smashed through the enemy tanks, whilst the artillery support kept the macro cannon off Corona Muralis' back. 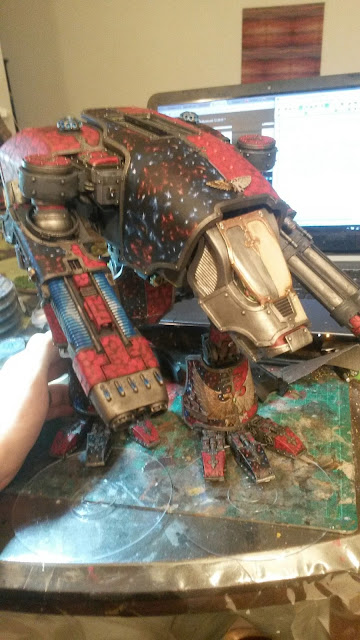 Beautiful detail on the Carapace 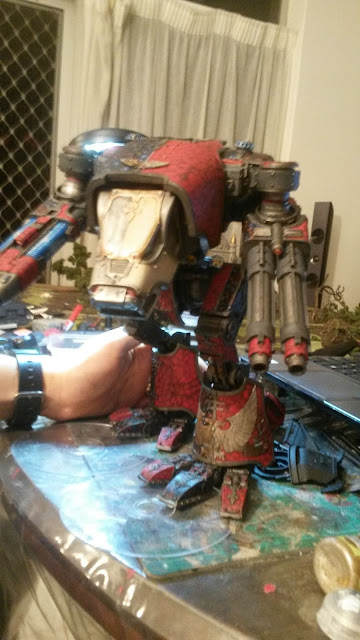 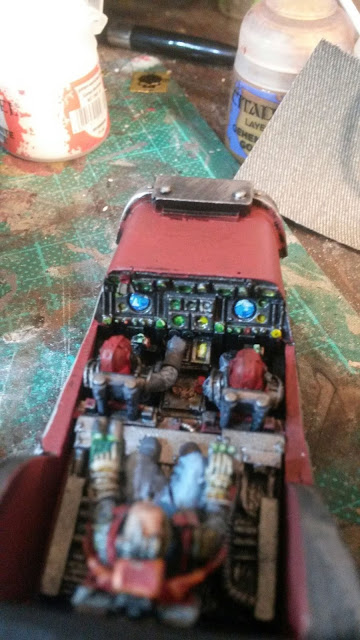 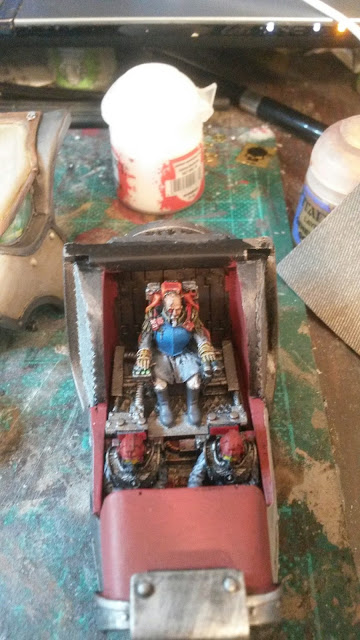 Internals have been painted very well 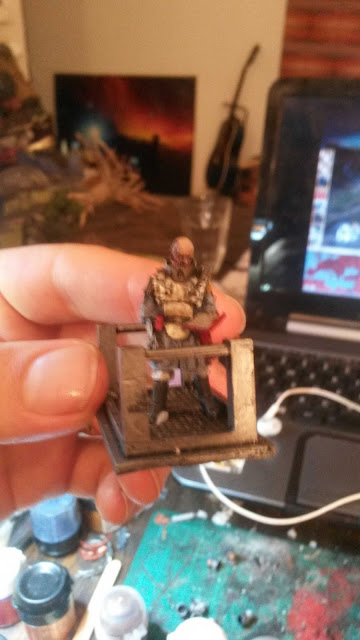 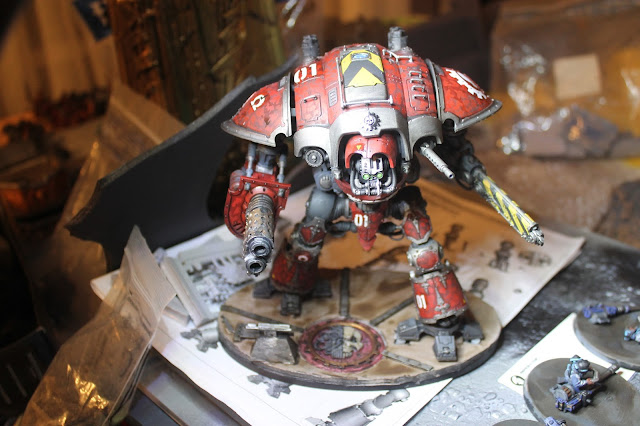 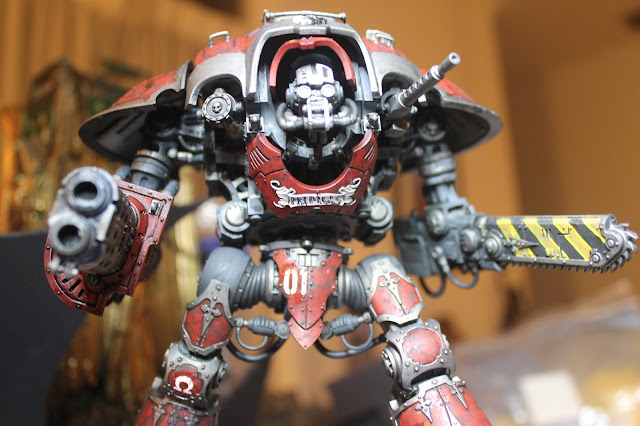