Bespoke builds for psi-cannon and quake cannon. Head is a modified Mars Beta-pattern warlord head unit into my imagining of a psi-titan head. Inspired by Dark Eldar psychic helms. A custom scenic base is currently being built and will perhaps form part of a future Armies on Parade entry. Watch this space TOC. 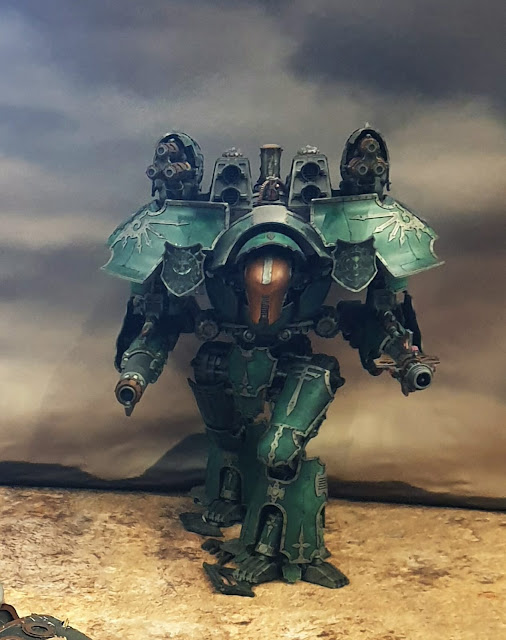 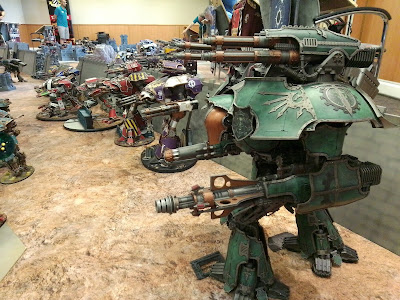 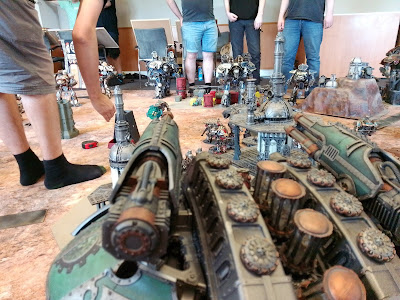 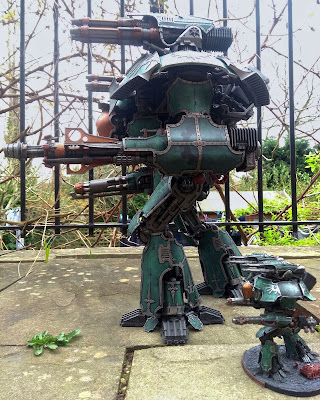 28mm and AT scale Warlord Psi-Titans

The right arm features a bespoke Quake Cannon simply because Princeps Gemie wanted to build one despite there being no such official Forgeworld model. This was magnetised into components so it could be broken down and rebuilt into a Belicosa Volcano Cannon. Like so much in this build, the armour paneling (and bracket) is magnetised so it can be attached to either side allowing for mounting on a ‘normal’ Warlord-class Titan. 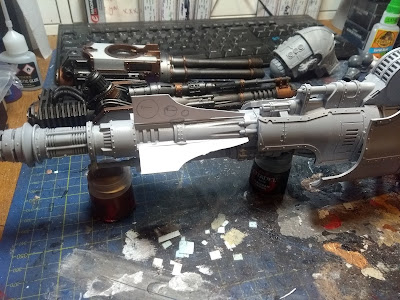 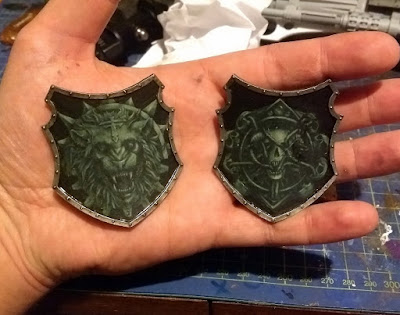 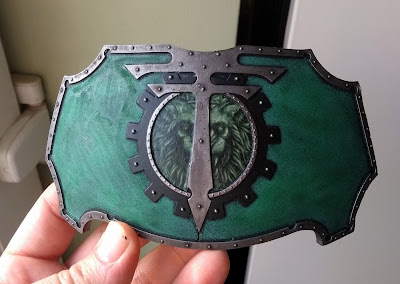 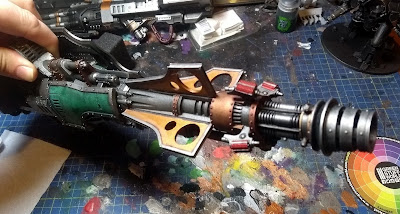 Princeps Gemie's thinking behind the bespoke Sinistramanus Tenebrae was that this is Terra’s evolution of the Mechanicum’s dark matter lance technology just like the Photon Thruster and Darkfire Cannon before it. As per the lore this is modelled onto the left arm but still magnetised for transport. 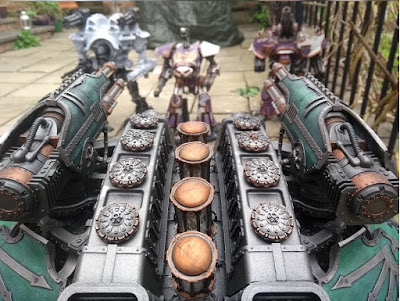 From the very beginning I had a specific imagining of the Ciricrux Anima as I was drawn to the idea of psykers powering the psi-cannon like a psyker battery. These Alpha-level psyker cells are magnetised so they can be removed when desired. 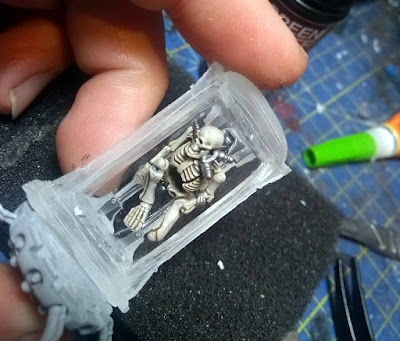 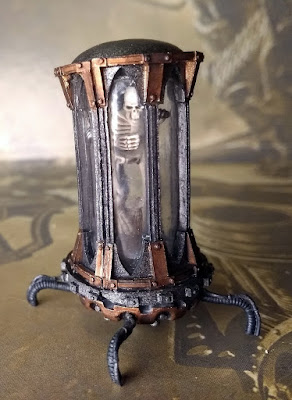 The occupants are cadavers to represent their life essence being drained. Each still has their null-amp collars around their necks. 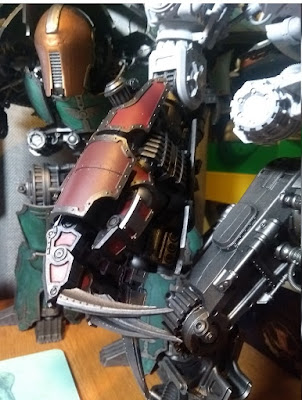 Following a Forgeworld official Psi-Titan being released Princeps Gemie decided to build an Arioch Power Claw as a nod to it. Painted red as per the expanded lore. Of course, he had to add my own touch and articulated the five fingers and modified the wrist to allow multiple poses. The wrist was tricky and his original build was redesigned which saw a slight reduction in the articulation. The Mega-Bolter is also magnetised.