Certificate number: 1403
Titan Name: Oculus Sanguinis
Pattern: Mars
Head Unit: Mars
Primary Armament: Reaver Laser Blaster, Power Claw, Apocalypse Missile Launcher
Princeps: Verada Kal
Titan Legio: Legio Fureans
Forge of Construction: Incaladion Primaris
Maniple: None
Owner: Matt W.
Location: Bristol, United Kingdom
Comments: Planned to enter service alongside the XIIth Legion, with the 121st Shock Brigade under nominal command of Master of Skulls Amarok, following a request to the Warmaster for greater Anti-Engine capability. (Out of Background, this Titan was a wedding present - not sure my wife was quite so keen!) - {Keeper!! T.O.C}
Photos: Hope the photos make sense - It's still under construction and this will hopefully give me the impetus to get it finished. Includes the obligatory resin scubbing shot, as well as a shot of me taking a Black and Dekker to it, complete with jury rigged Dyson powered extraction system.

The Owners' Club is a great idea - looking forward to seeing more! 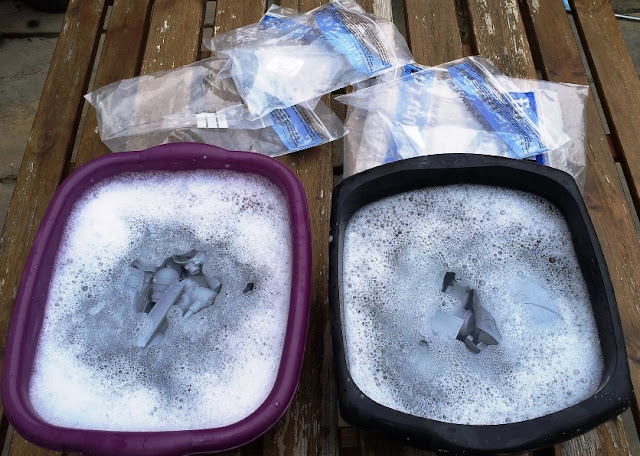 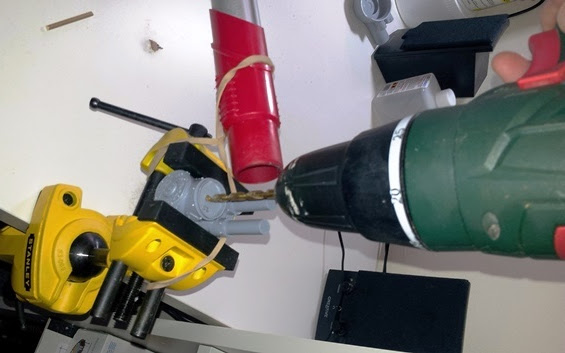 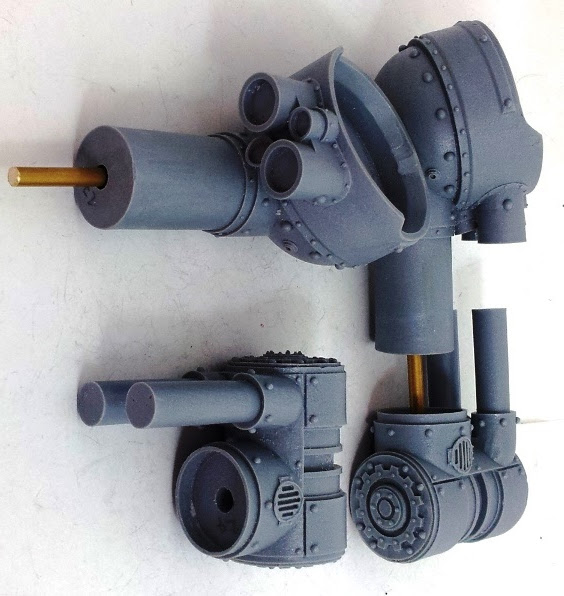 Brass Rods in place to secure the Leg Pistons. 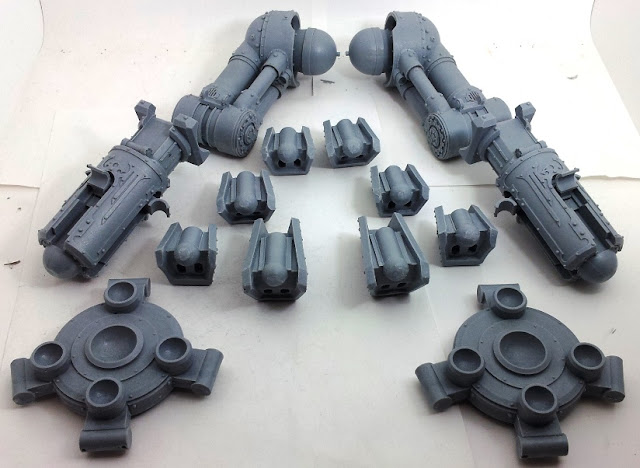 Legs ready to be assembled 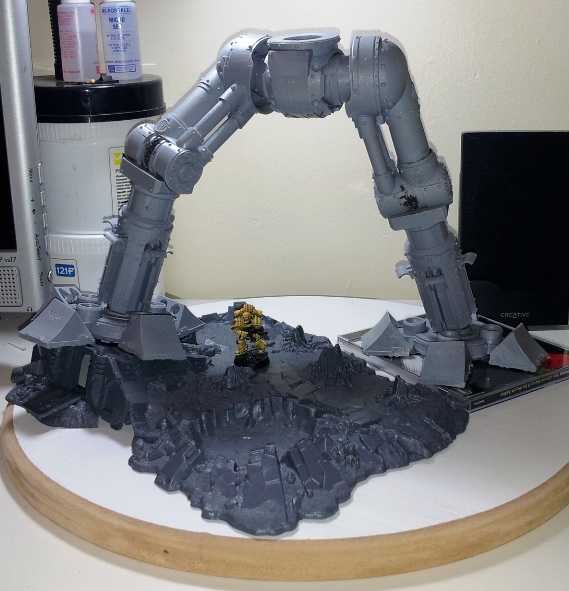 Blastscape used to add detail to the base. 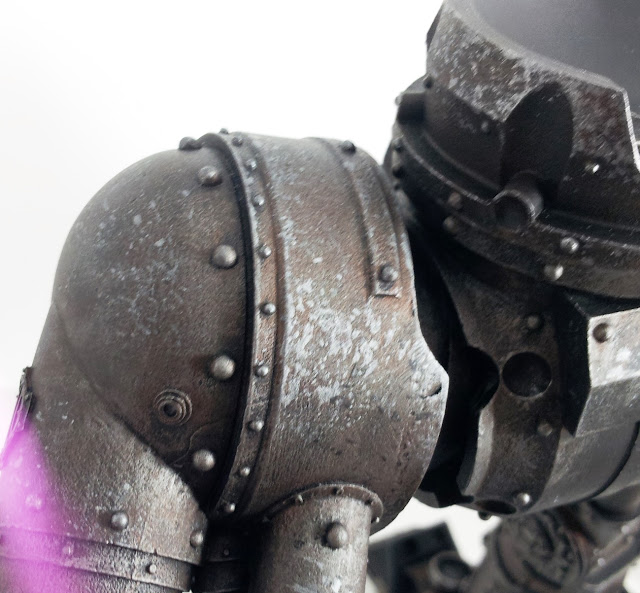 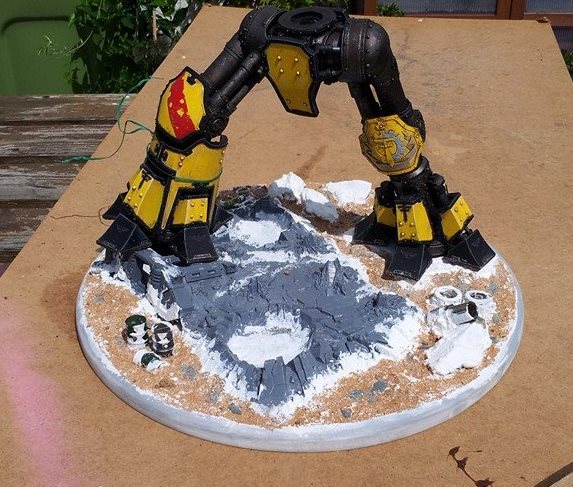 Filler and sand added to the base. 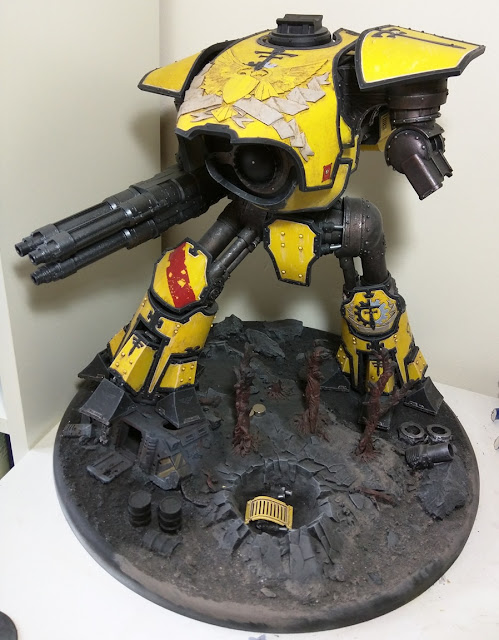 Base is painted very well, and so is the Titan. The base though detailed does not draw attention away from the Reaver Titan. Chipped stripes on the knee pad shows very effective weathering. 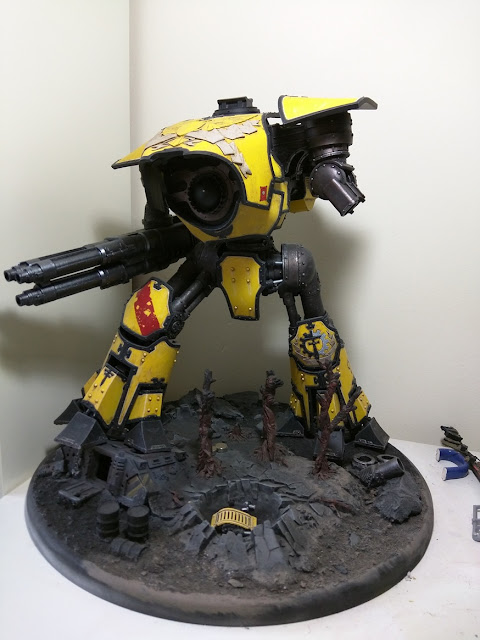