Hello and welcome to the Titan Owners Club's Global Battlefield.

These maps show the geographical location of our club member's Titans across the globe. They will be updated periodically to inform the community which regions are under the control of Loyalist (Emperor-aligned) and Traitor (Warmaster-aligned) forces. A region is either a county, state, province or territory depending on the country in question. A grey region represents a neutral zone which has not as of yet had any Titan owners enlist (or there are just no Titans in this area). Yellow represents that the region is under Loyalist control whilst teal represents Traitor control. Contested areas which have the same points from both factions are shown in orange.
Unofficial and fan-made Legios will be treated as Loyalist or Traitors depending on the Titan used (Chaos or Imperial) and background fluff where submitted. Should confirmation be needed the Titan Owners Club will contact the Legio owner. 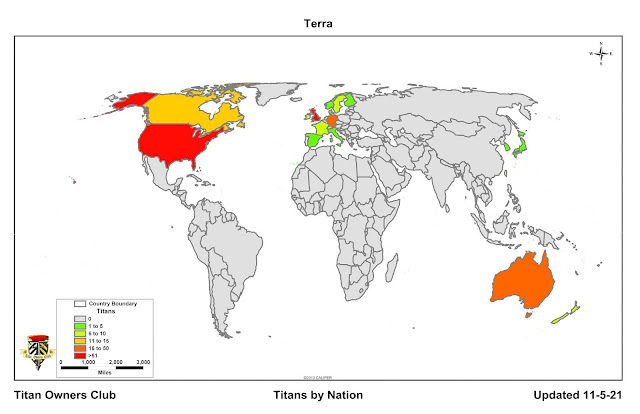 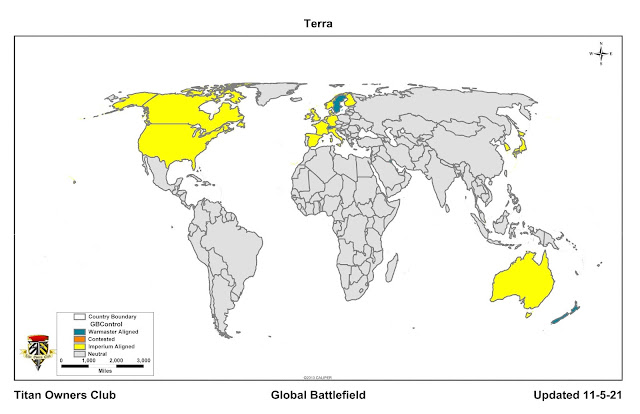 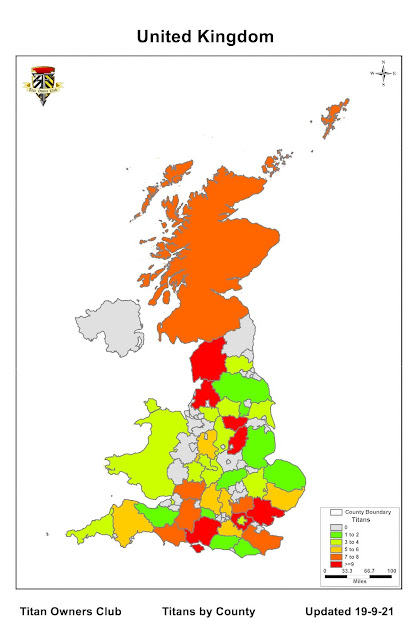 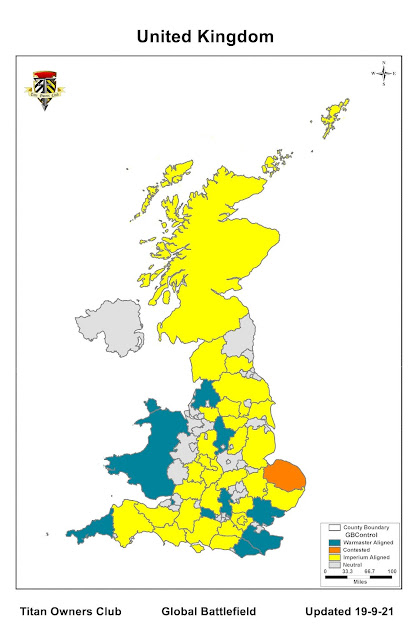 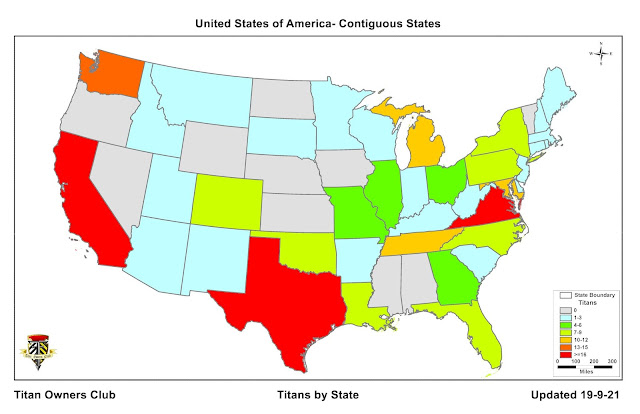 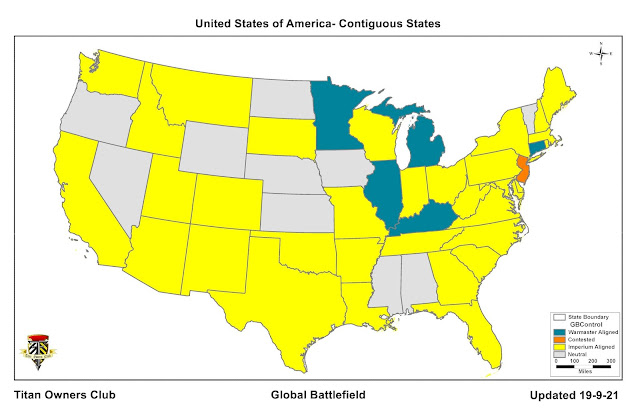 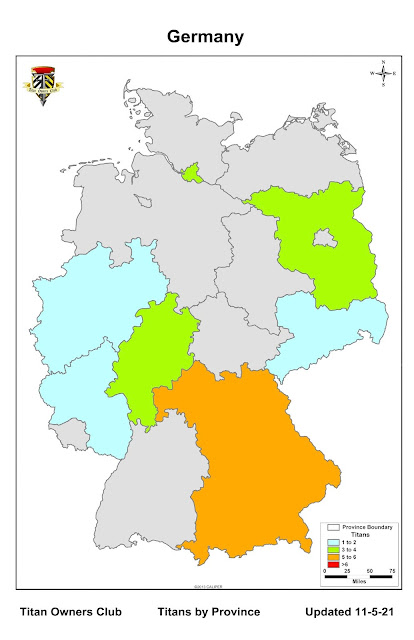 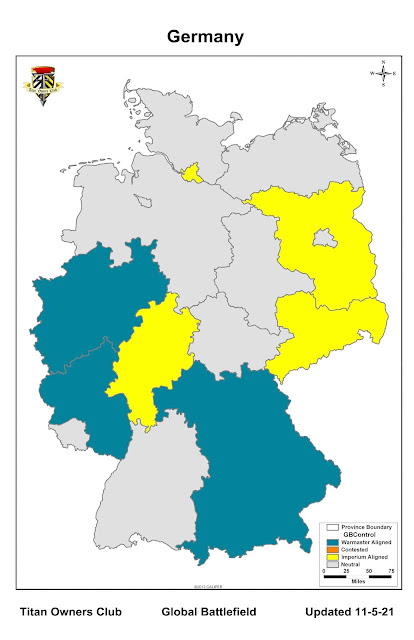