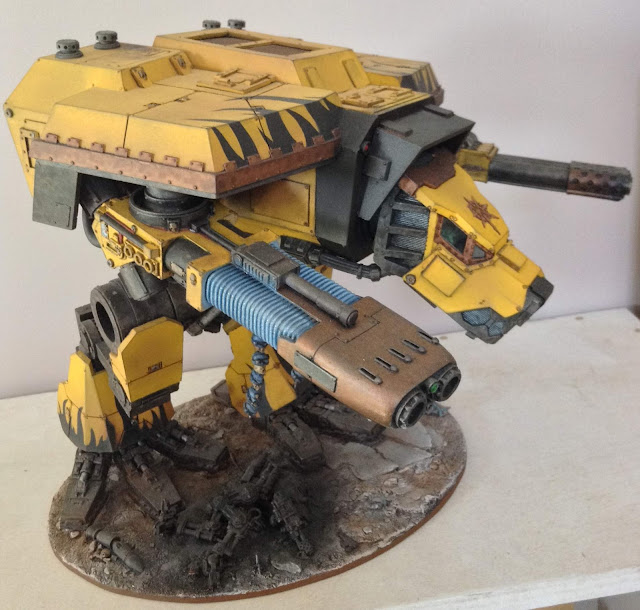 Brilliant Weathering on this Engine. 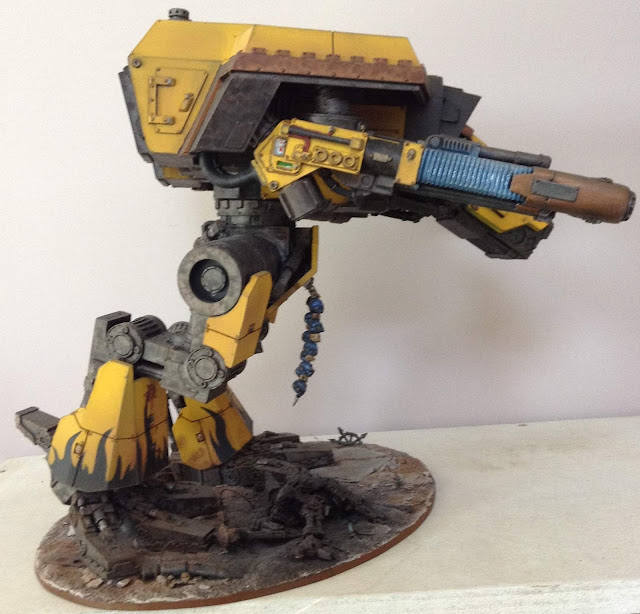 Great Airbrushing and clean flames. The dirt is really realistic too. 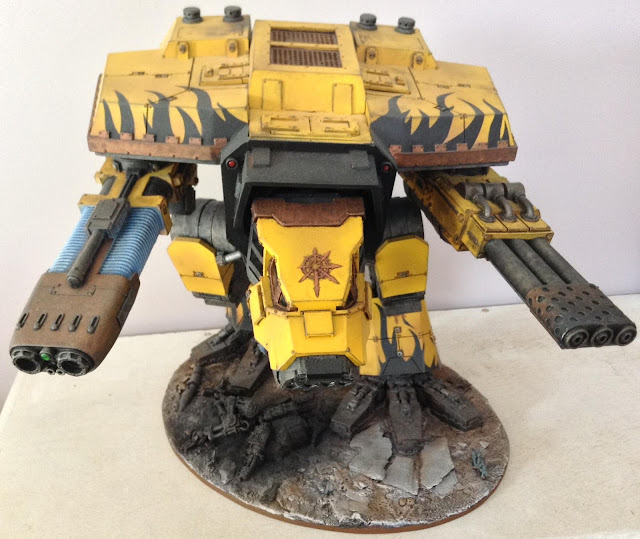 Given over to the Gods of Chaos already. 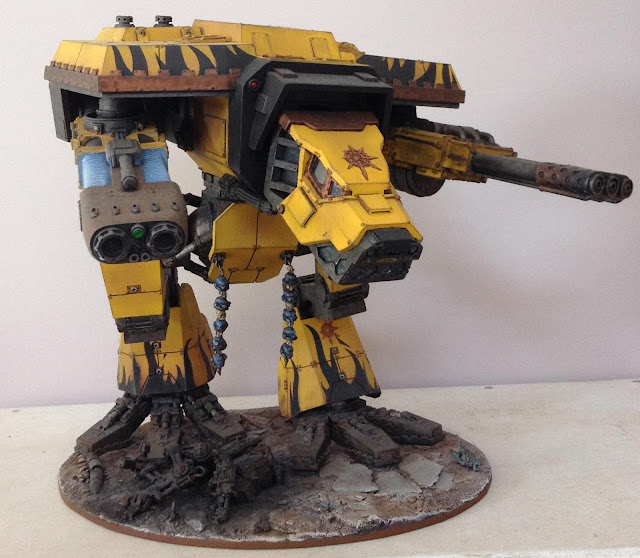 The Lucius pattern Warlord has such a great character. Hope we have not seen the last of it. 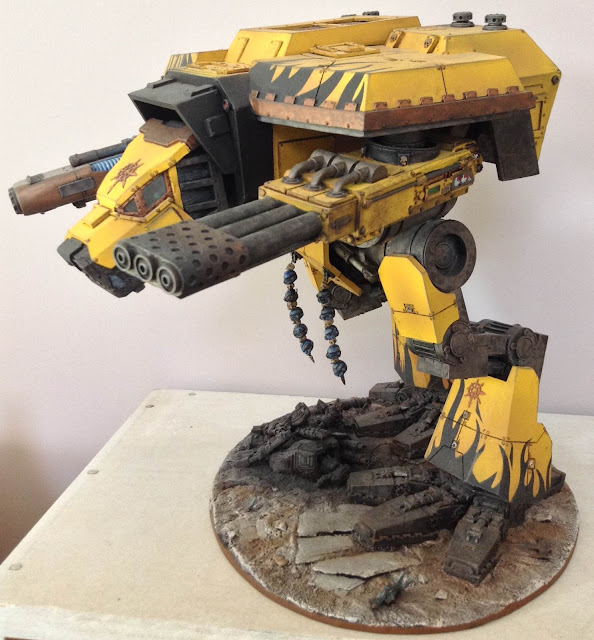 A subtle base that does not draw the eye away from the engine itself. 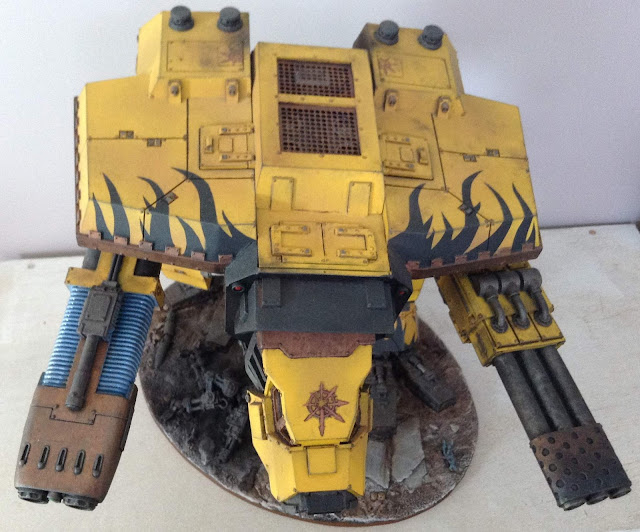 Thanks for sharing - Titan Owners Club.