Comments: These Titans belong to a non-official Titan legion of my own design. It is a legion in transition between loyalists and Chaos (hence both imperial and Chaos symbols on the armour) but I would assume that should be counted towards the Chaos affiliation {Yes it will T.O.C}.

I have more WIP pictures on my blog; http://agis40k.blogspot.se/search/label/Project%20Titan 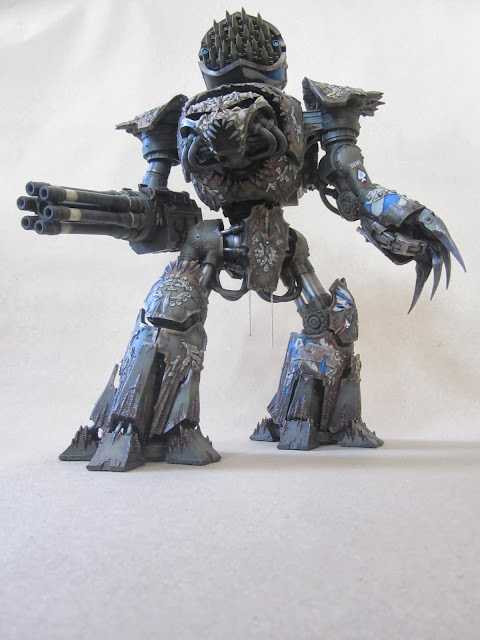 Now that is a mean looking engine! thanks for sharing! 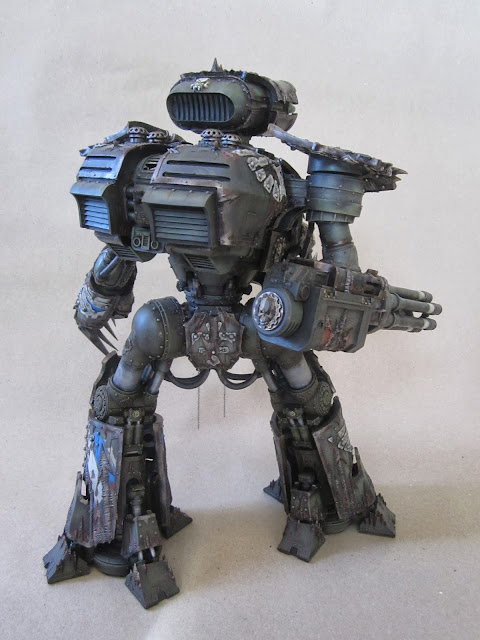 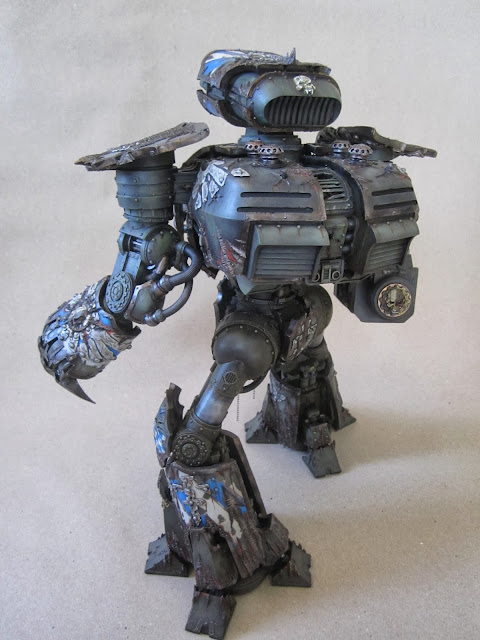 A lovely transitional engine going between Loyalist and traitor. 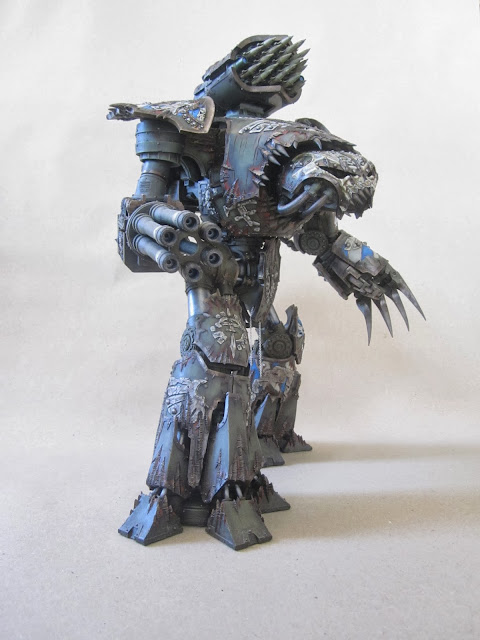 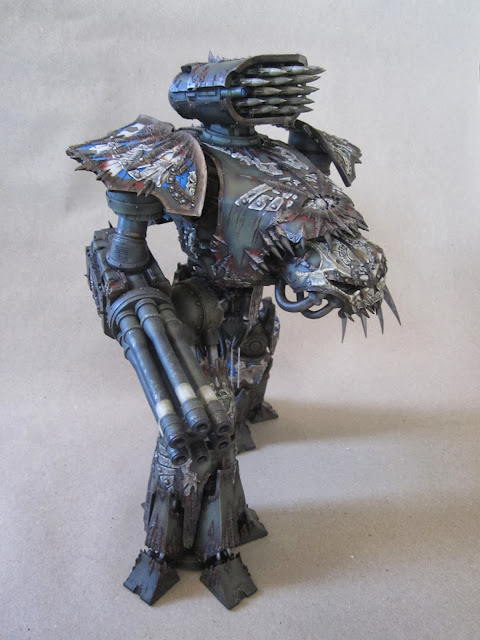 Great airbrush work on the Engine. 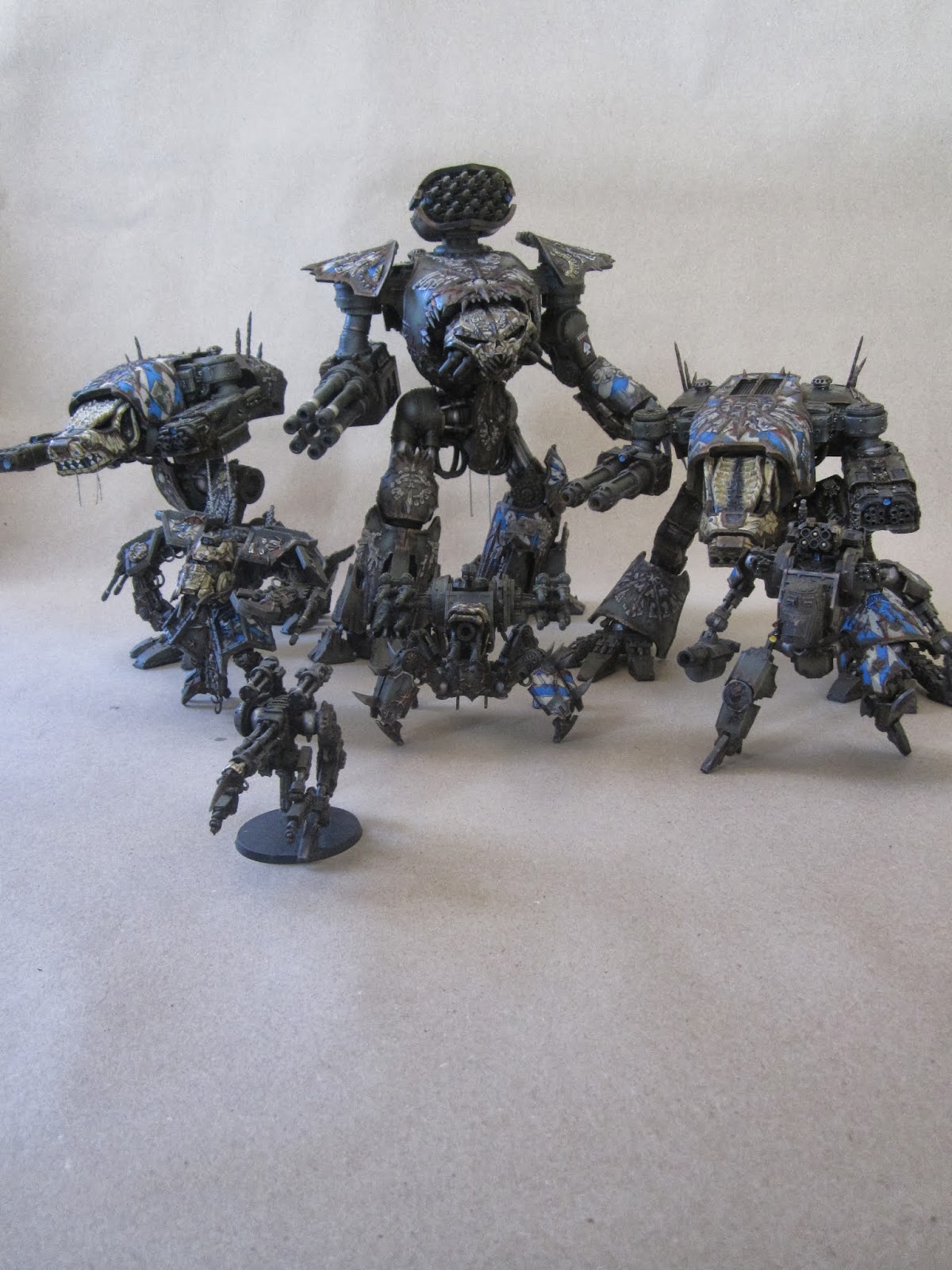 If you have a Titan why not join Titan Owners Club :)