Owner: Kaia G.
Location: Oslo, Norway
Comments: Titus Vermundo have been a precious asset for the imperial cause for quite some time. Often assigned with the Cadian 501st Foreign legion on their daring endeavours to make the galaxy a more Imperial place. Recently deployed to the Faust sector to help the 501st reclaim the abandoned forge world of Nolan from treacherous marines and slithering Tyranids. Along with the titan comes the wrath of The Red planet: Mars Skitarii, cult of the Machine god and the Knight House Taranis to reap the arcane secrets from the dusty planet.

Most noteworthy feat to date:
During the daring battle for Warrens End facing off against swarms of Tyranids, Necrons and dark eldar, Titus Vermundo took on the biggest alien threat on the battle field, the mighty Hierophan Bio-Titan and rendered it a smoking pile of flesh and bones in a single successfull array of shooting. Vermundo survived the battle, taking only one hull point.

I post about my other 40K stuff here: http://liberheresius.blogspot.no/ 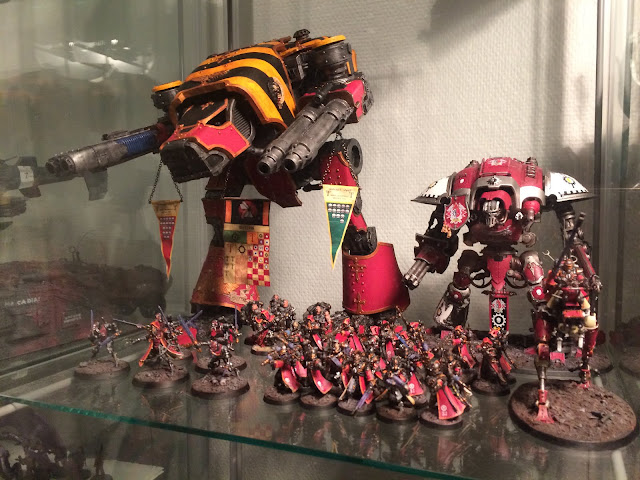 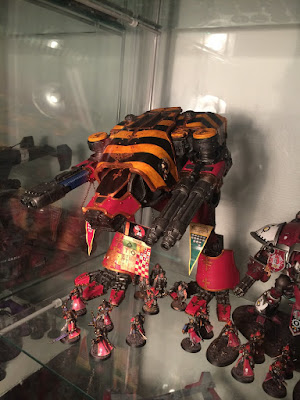 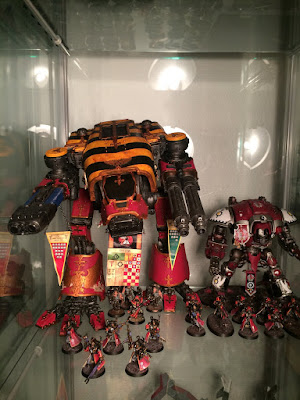 Beautiful looking engine, and plenty of support to keep her safe. 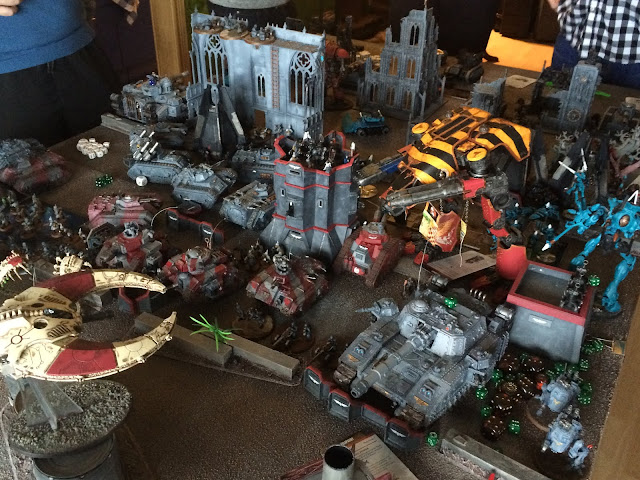 The fierce combat at Warren's End 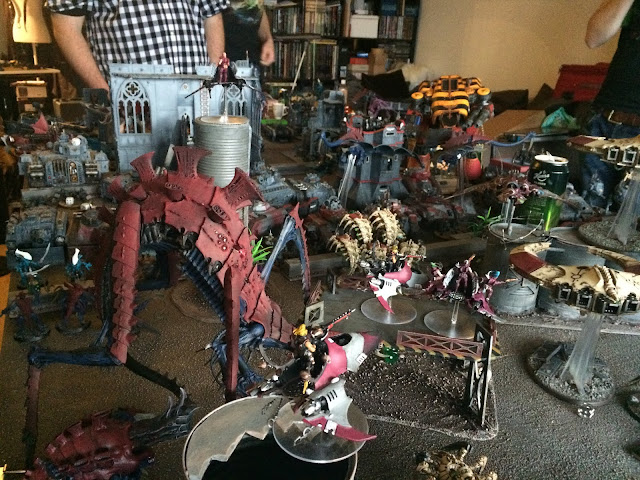 Titus Vermundo sizing up her kill and aiming. 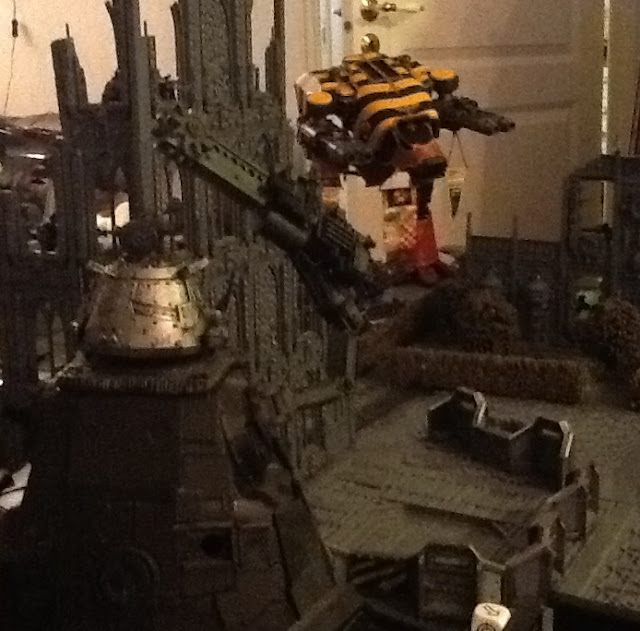 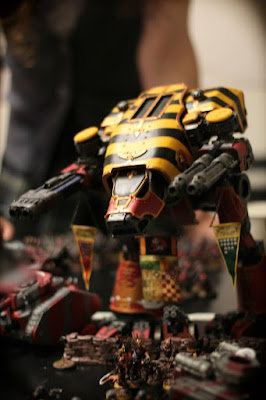 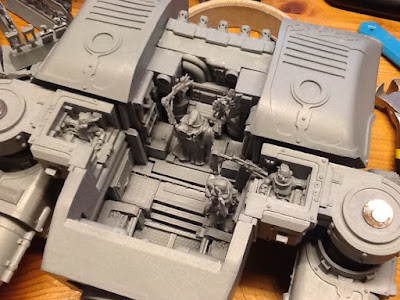 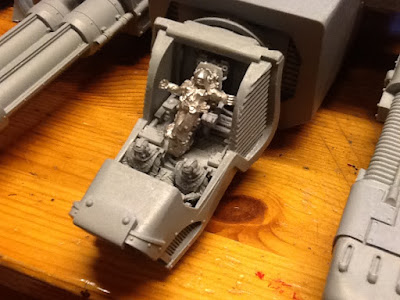 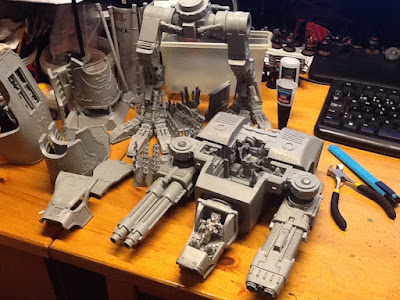 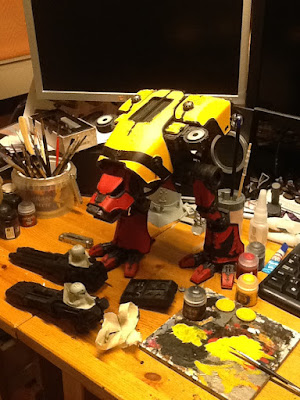 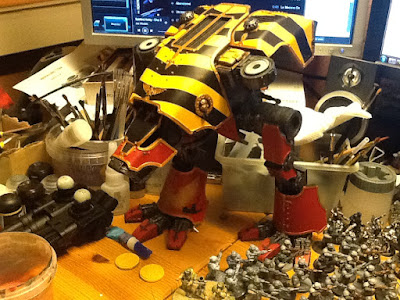 Ready to be armed as she is receiving her heraldry. 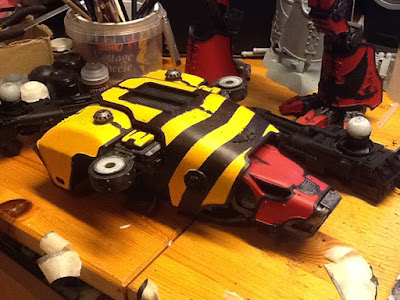