I have been working hard on my Two Warhounds recently and so I thought I would post an update for Canticum Malitiae. 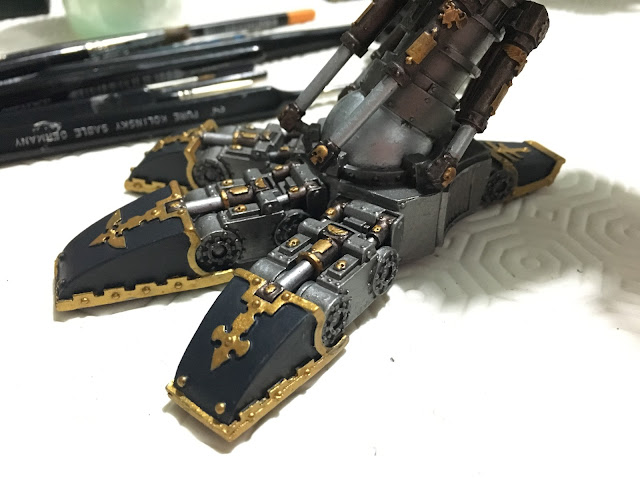 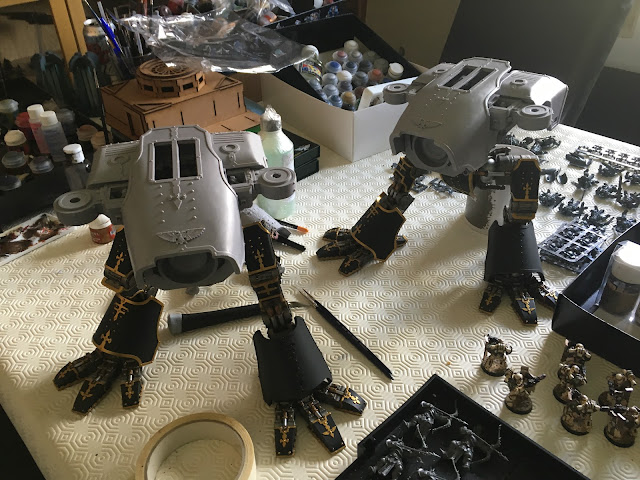 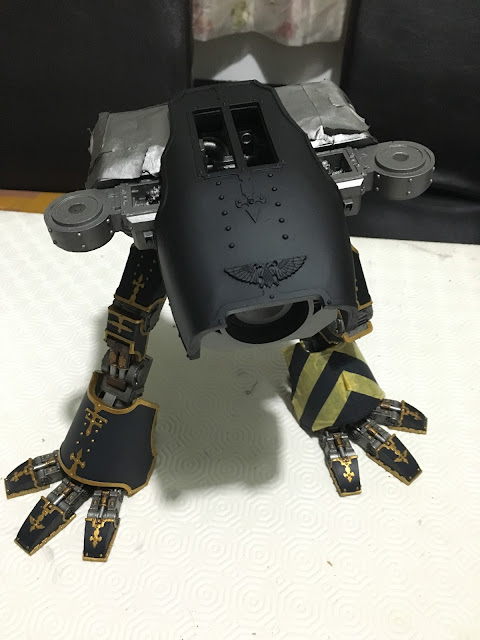 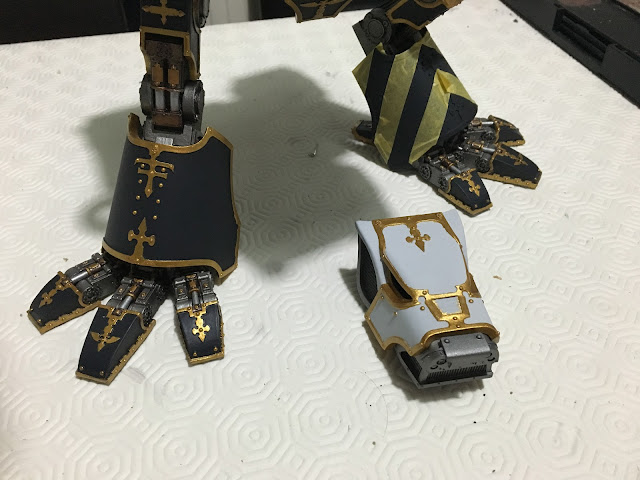 Canticum Malitiae has a white visage so I will probably give her a black chassis to compliment it. The two exhaust housings will be red. 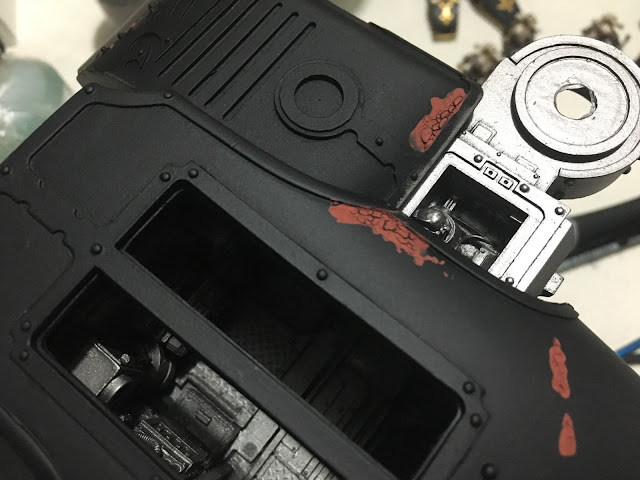 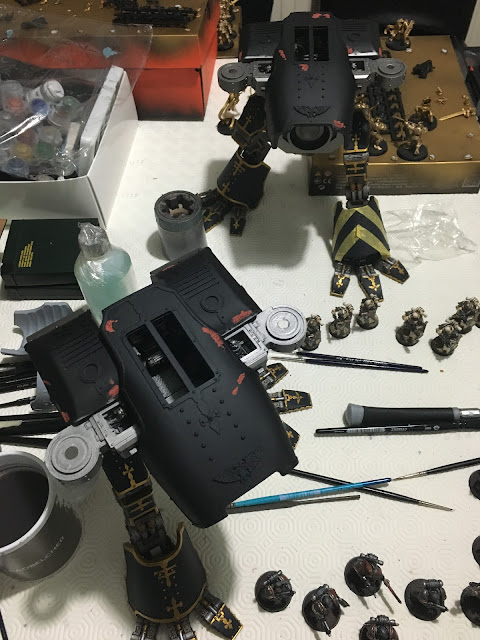 Both Engines have had the under paint rust cracked effect added, so not long until they are sprayed with reds.