Comments: A shining exemplar of Legio Astorum, Dauntless Wrath has served in many major engagements, including the Siege of Vraks, in which she slew a number of daemonic engines and Renegade armour. With the onset of the Indominus Crusade, she has seen increased field time serving alongside the upstart Primaris.

I have yet to get this girl on the table yet, but I'm excited to do so! Gun arms are magnetized, as is the waist. I'm planning on getting at least one of each available gun! A Reaver may be in my future too! 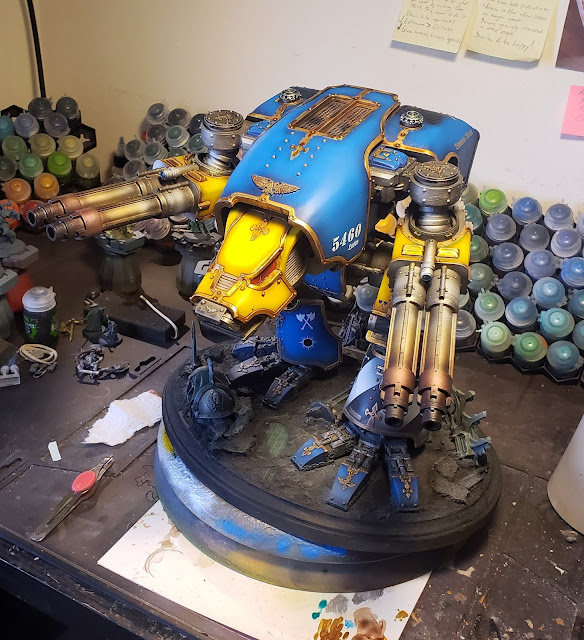 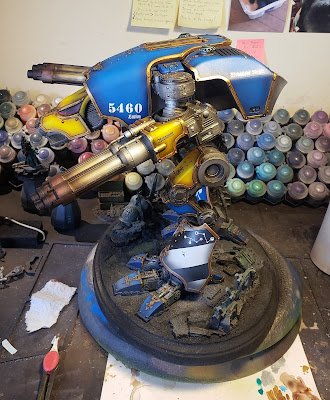 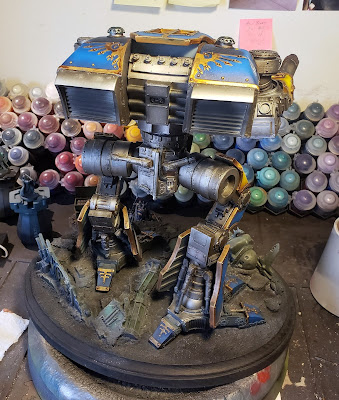 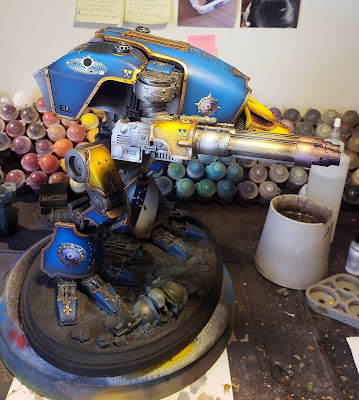 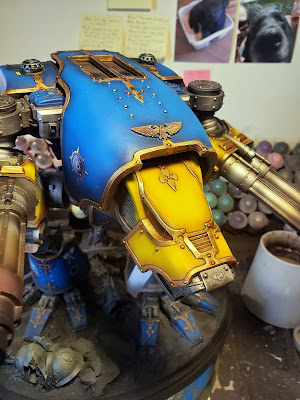