Owner: Mark
Location: Virginia, USA
Comments:  Supporting campaigns with both the World Eaters and Imperial Fists during the Great Crusade, Hell Walker has earned a frightening reputation of surgical strikes to critical structures and targets that solidified victory in the name of the Emperor on all worlds it has walked on. <Further information is waiting declassification>. 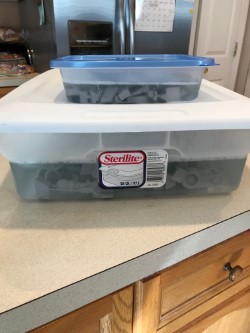