Hello and welcome to the Titan Owners Club's Global Battlefield.

A new tab has appeared above. This will be the home tab of the Titan Owners Club's Global battlefield. More information is below.

These maps show the geographical location of our club member's Titans across the globe. They will be updated once a week to inform the community which regions are under the control of Loyalist and Traitor forces. A region is either a county, state, province or territory depending on the country in question. A grey region represents a neutral zone which has not as of yet had any Titan owners enlist (or there are just no Titans in this area). Blue represents that the region is under Loyalist control whilst red represents Traitor control. Contested areas which have the same points from both factions are shown in purple.

Every time a Titan joins the Titan Owners Club it is assigned a geographical position on the worldwide maps and joins or creates a Demi Legio. For example should a new Titan painted in Legio Mortis' colour scheme join the club with a location of Northamptonshire UK, it will join the region's Legio Mortis Demi Legio called "The Bloodmire". If however it is painted in Legio Invicta colours and as there is no current Demi Legio of that Legio present, it will be created and named by the first submitter. Should the club member have more than one engine his force shall join a Demi Legio as a Battle Maniple.

Each region will have many different Legios present within their extents over the coming years and each one will be marked as either a Loyalist or Traitor faction based on that Legio's history. Each Demi Legio in a given region will be made up of several members and Titans. Each Demi Legio will have a point score (a combination of all Titan's uploaded therein), should the total point score of all Loyalist Demi Legios within a region exceed the total point score of Traitor Demi Legios within that location, then the region will be marked as under Loyalist control. Titan Owners Club will only take into account core points not weapon upgrades.

Unofficial and fan-made Legios will be treated as Loyalist or Traitors depending on the Titan used (Chaos or Imperial) and background fluff where submitted. Should confirmation be needed the Titan Owners Club will contact the Legio owner. They will automatically join either a Loyalist or Traitor Demi Host with other unofficial engines.

We hope that communities form around these Titan Owners and it enables us to have a solid bedrock to start Leagues / Marches / Events. 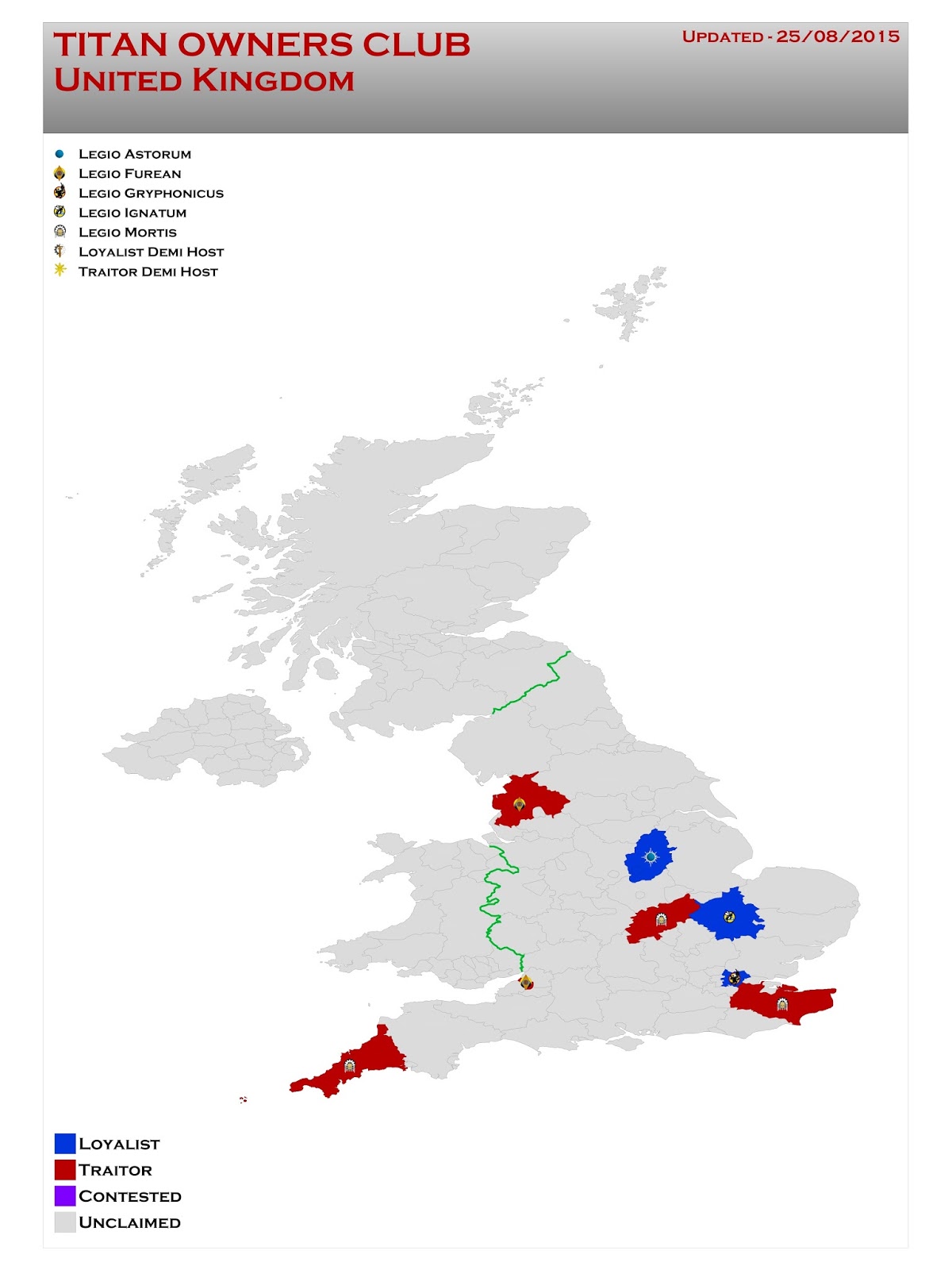 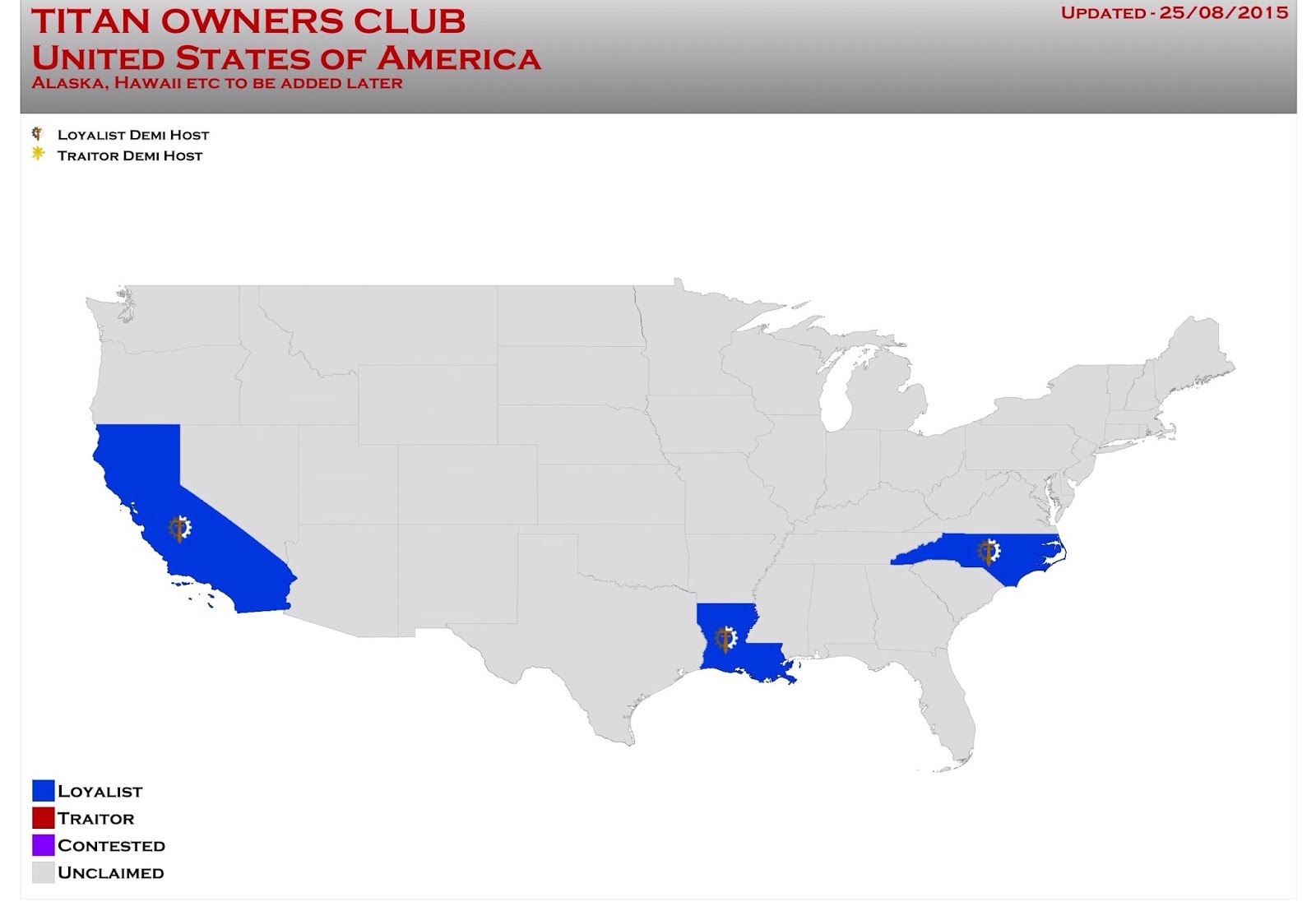 Singapore and Australia have also been attacked, with Coffin ships and Arks heading towards many more!

Can your Titan change defend your region? if so upload it now! Join the war!