Comments: Consecrated in 714.M41, Nobilis Guardax was believed lost during the destruction of the forge world Kath II. During the later crusade to cleanse the tainted world of Helicon, the wreckage was discovered and reclaimed from the hereteks who were trying to corrupt it. With Kath II lost, it was inducted into the Legio Defensor, a maniple of which was participating in the crusade, and given new colors and heraldry. 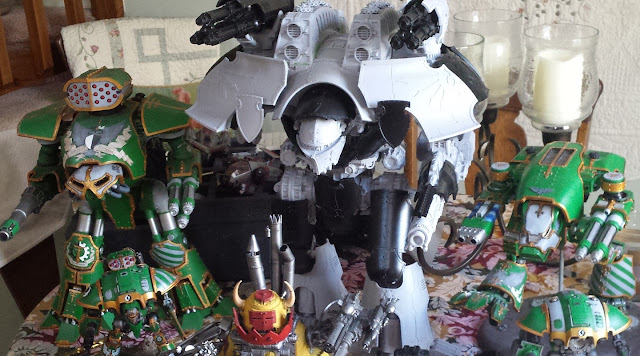