Owner: Ben G.
Location: Rugby, UK
Comments: Currently runs alongside a Alpha Legion and House Perdaxia force for Heresy, based on the forces at the Battle of Paramar 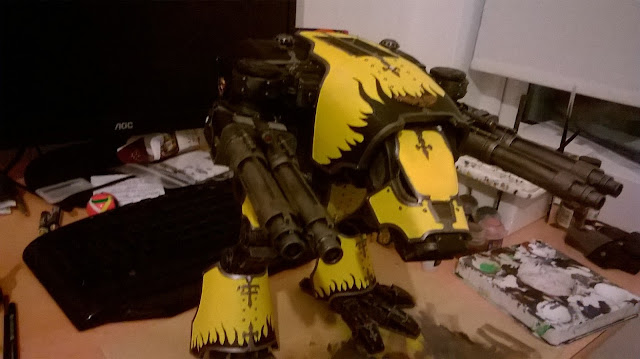 The beautiful Lelantos is finished. 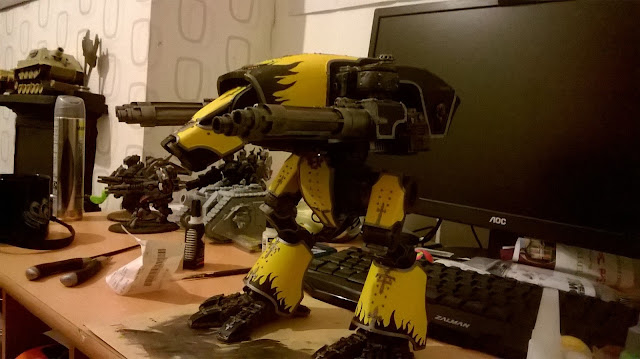 A lovely well presented engine. With Twin-Turbo lasers, she is definitely a big game hunter. 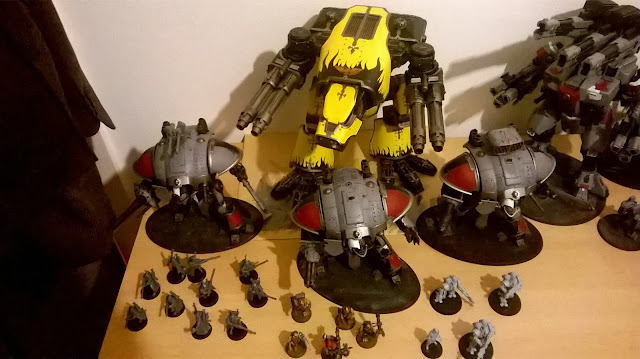 A Lance of Imperial Knights and Skitarii 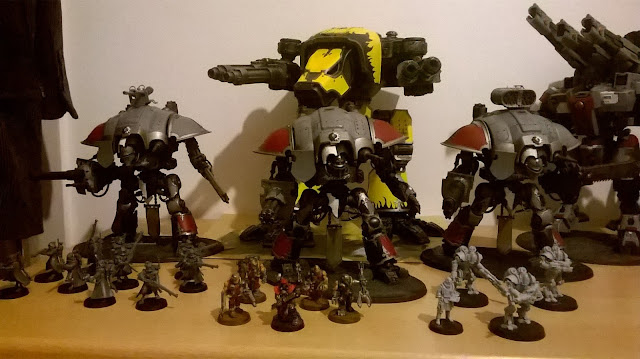 Congratulations to Ben for finishing his Titan. Also he has already had Lelantos out for her first Walk: She is finished and had her first match. Took out a decent chunk of eldar armored forces before getting sniped out by a lynx in its first match. Did a good account of itself. 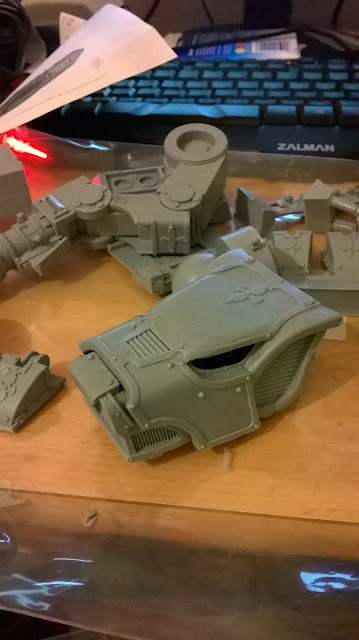 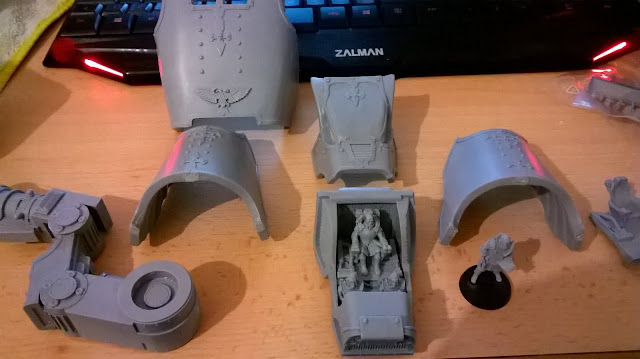 A good start to this engine, and a Princeps ready to fight. 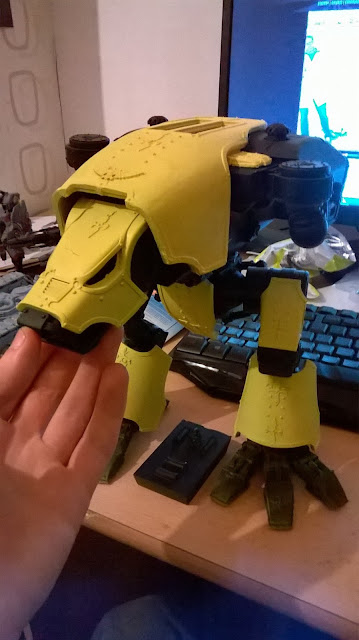 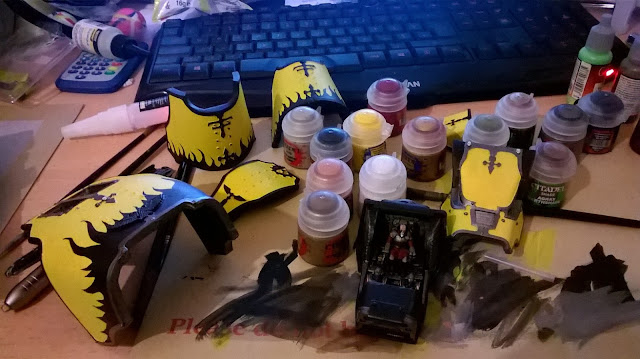 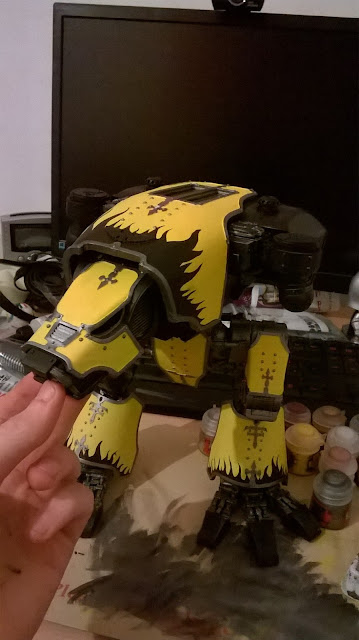 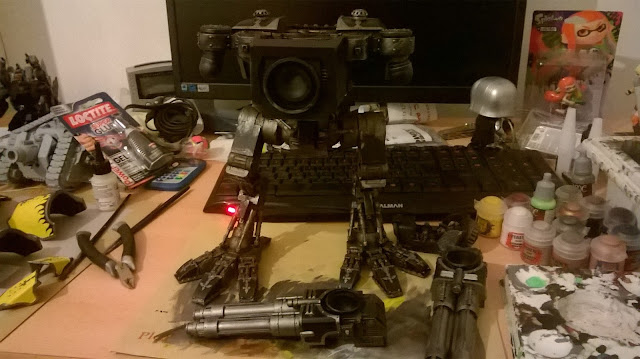 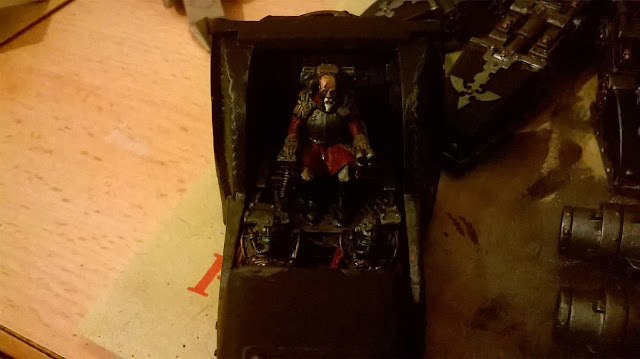 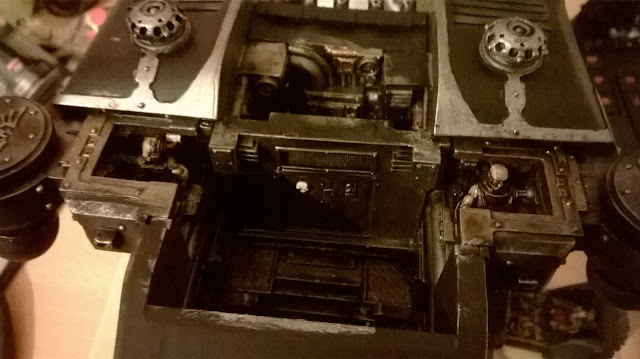 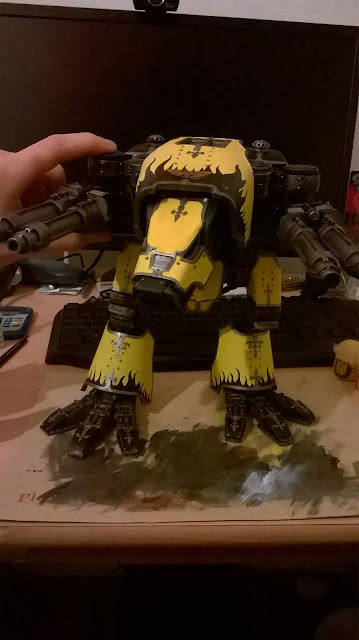