Certificate Number: 304
Titan Name: TBD (Will only be named after it is completed/has claimed blood)
Pattern: Mars Pattern
Head Unit: Mars-Beta (Warhammer World Exclusive Head)
Primary Armament: Belicosa Volcano cannons (one to be switched out for a power fist) and two turbo laser batteries to be switched out for Apocalypse Missile Launchers
Princeps: TBD at the same time as the titan name
Titan Legio: Unknown
Battle Maniple Composition: Allied with House Taranis. Will be joined by 2 Reavers and 4 Warhounds, and at least 10 Knights.

Owner: Joseph Z.
Location: Washington, USA
Comments: Carapace weapons have been magnetized so they can be swapped out, void shields will be magnetized, left Belicosa cannon will have a pin/bolt in it to be swapped out with the power fist at some point, right cannon will have a pin/bolt to be replaced with plasma cannon, base will be part of a ruined city. Needs more paint to look like the Imperial Knights I have! 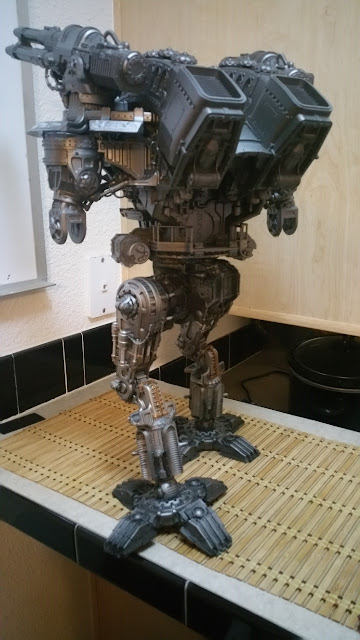 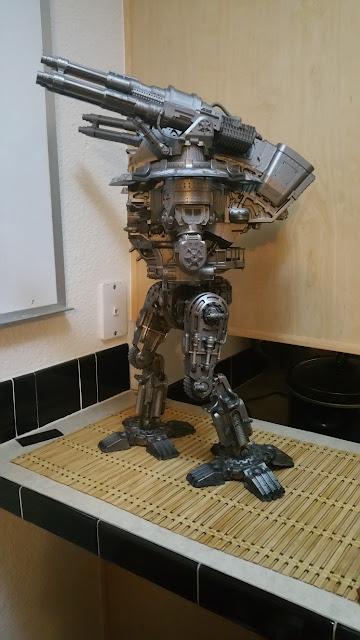 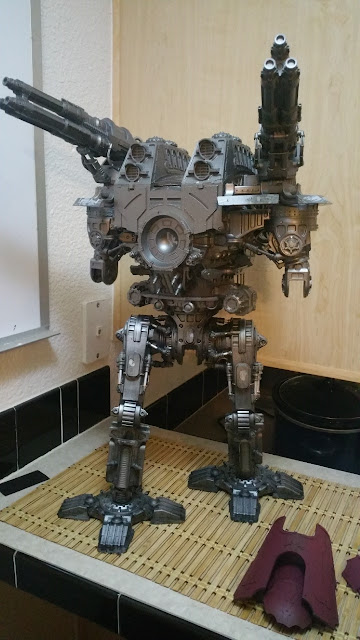 A good, solid pose has begun to take form and the armor panels see their color.