Comments: "The titans where showcased along with my Eldar army in the first edition of the new format White Dwarf (September 2016) {I remember them: Drake}. Revenant titans were bought in September 2014 and completed 2 months later. The Phantom was bought in November 2014 and completed 2 months later all in preparation of a apocalypse game I was attending in February 2015." 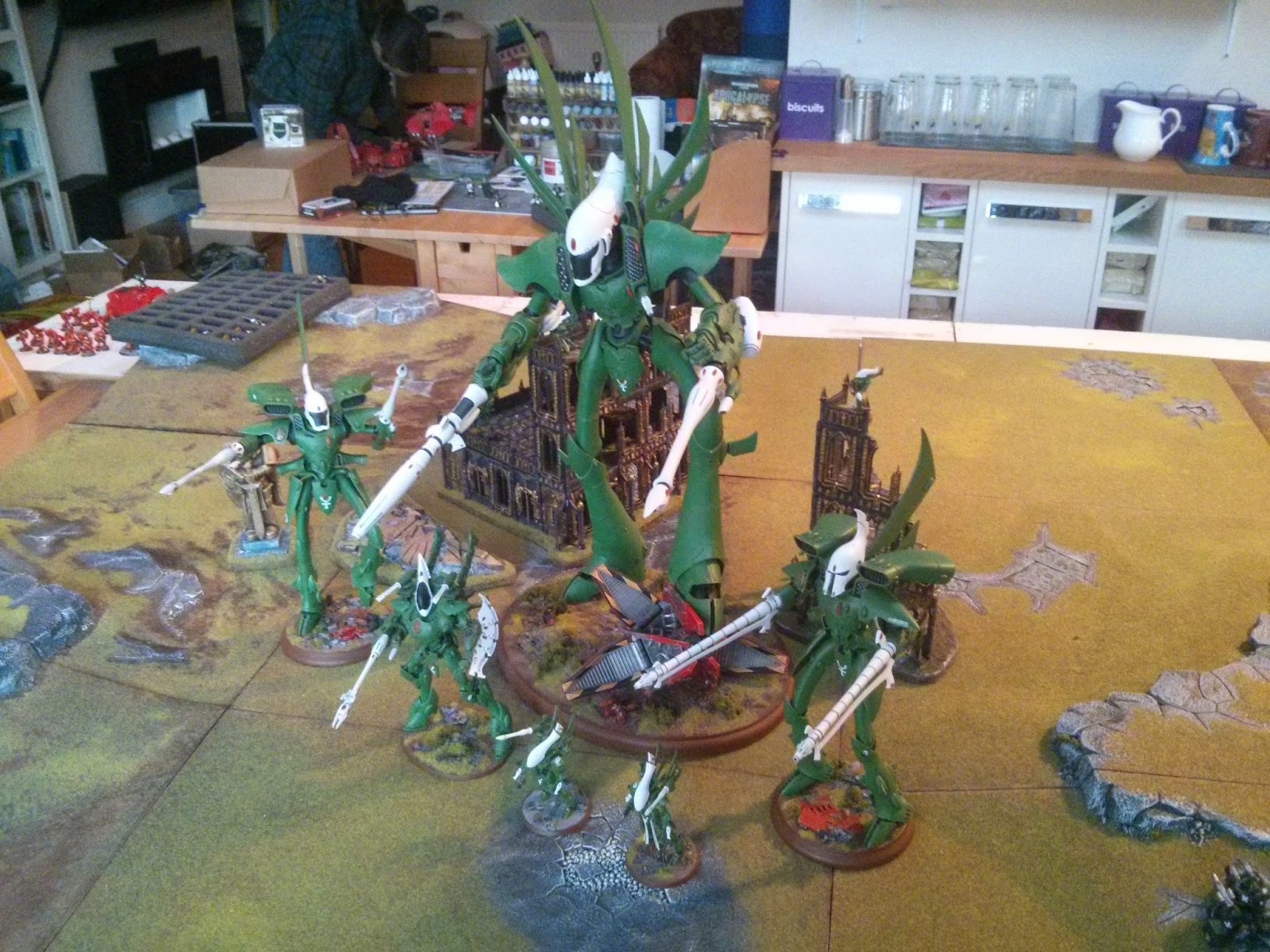 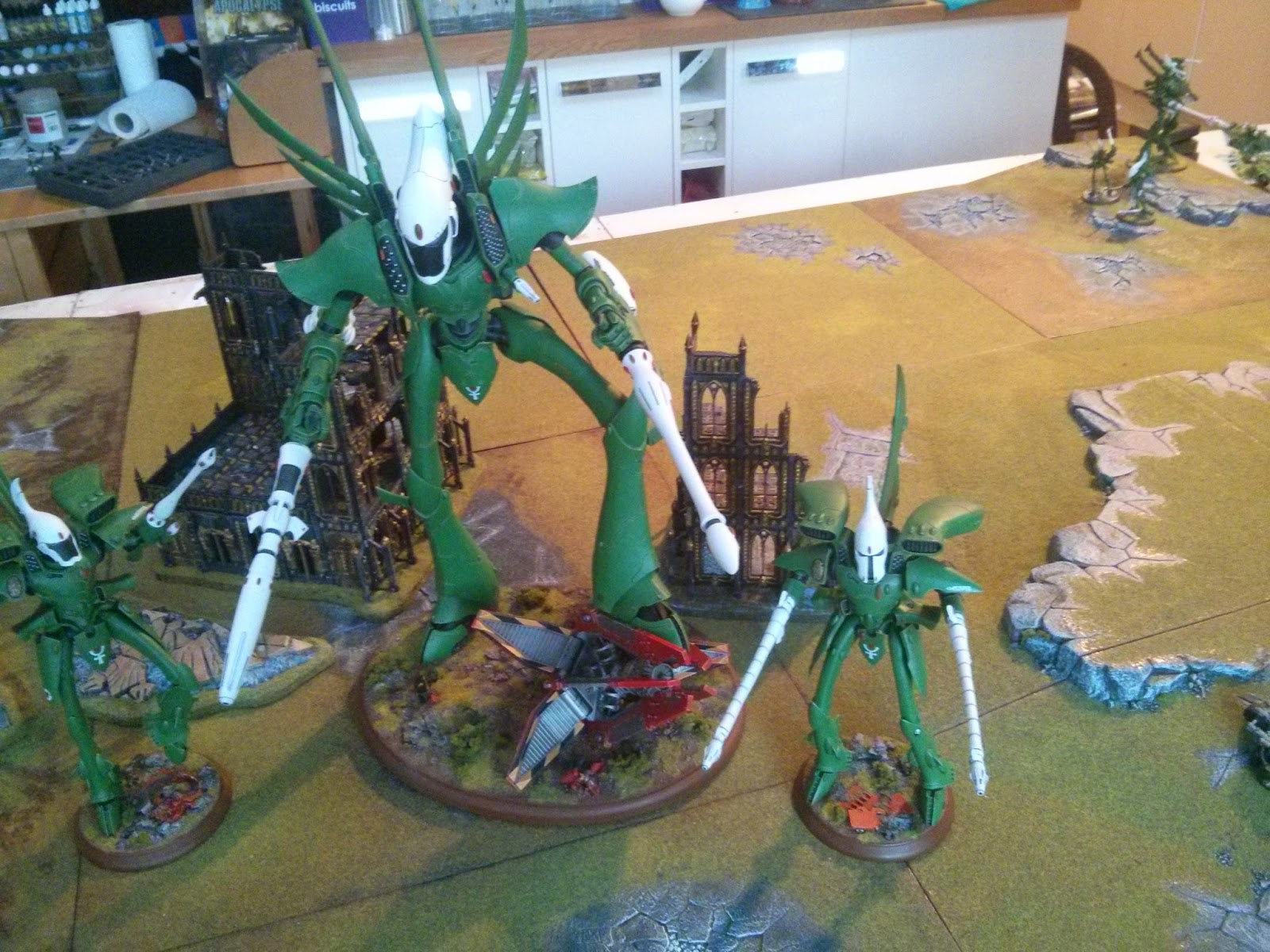 With such a tall model, the pose is difficult to get right (based on what it will regularly be engaging etc). Gavin nails it though! 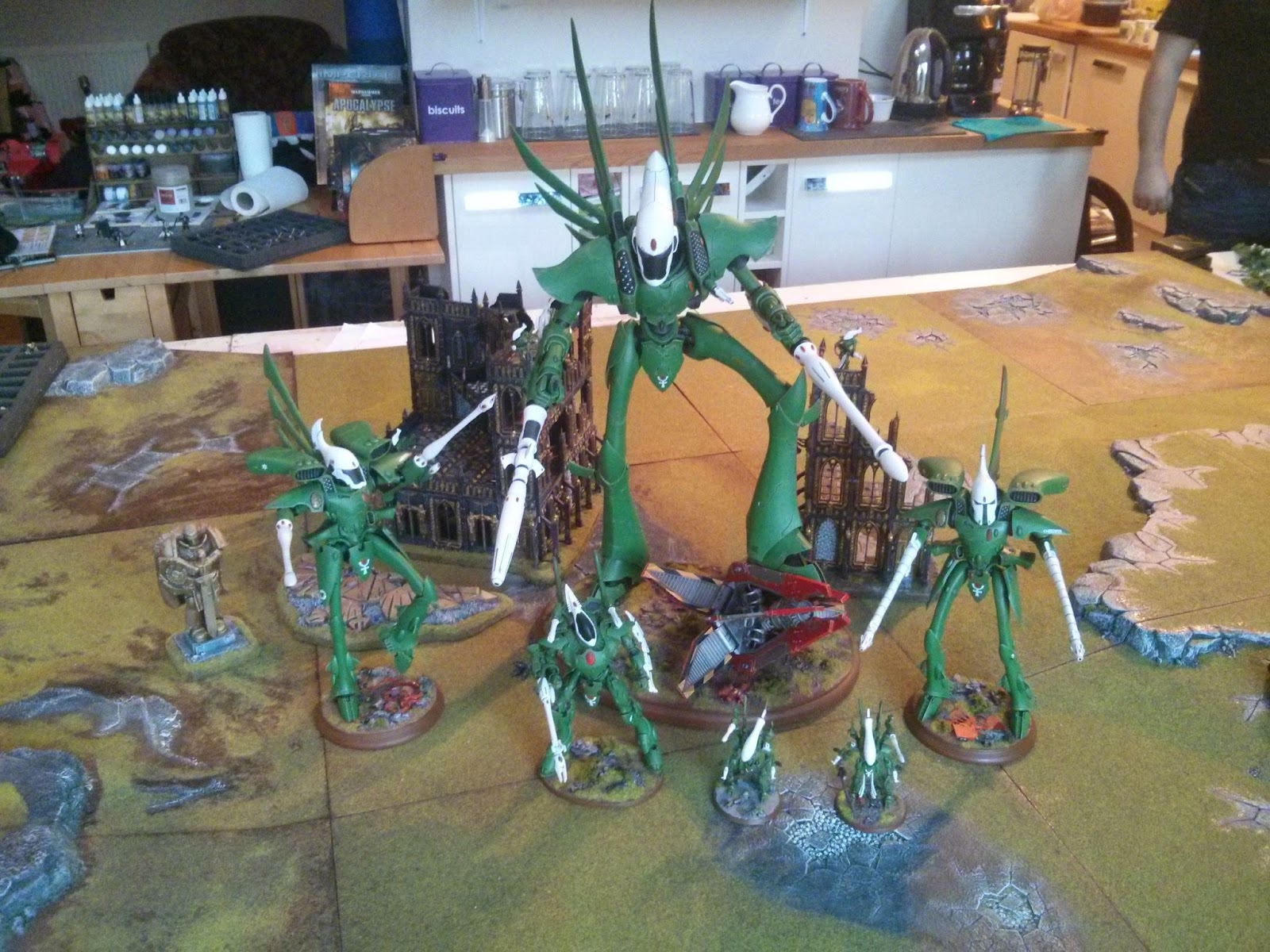 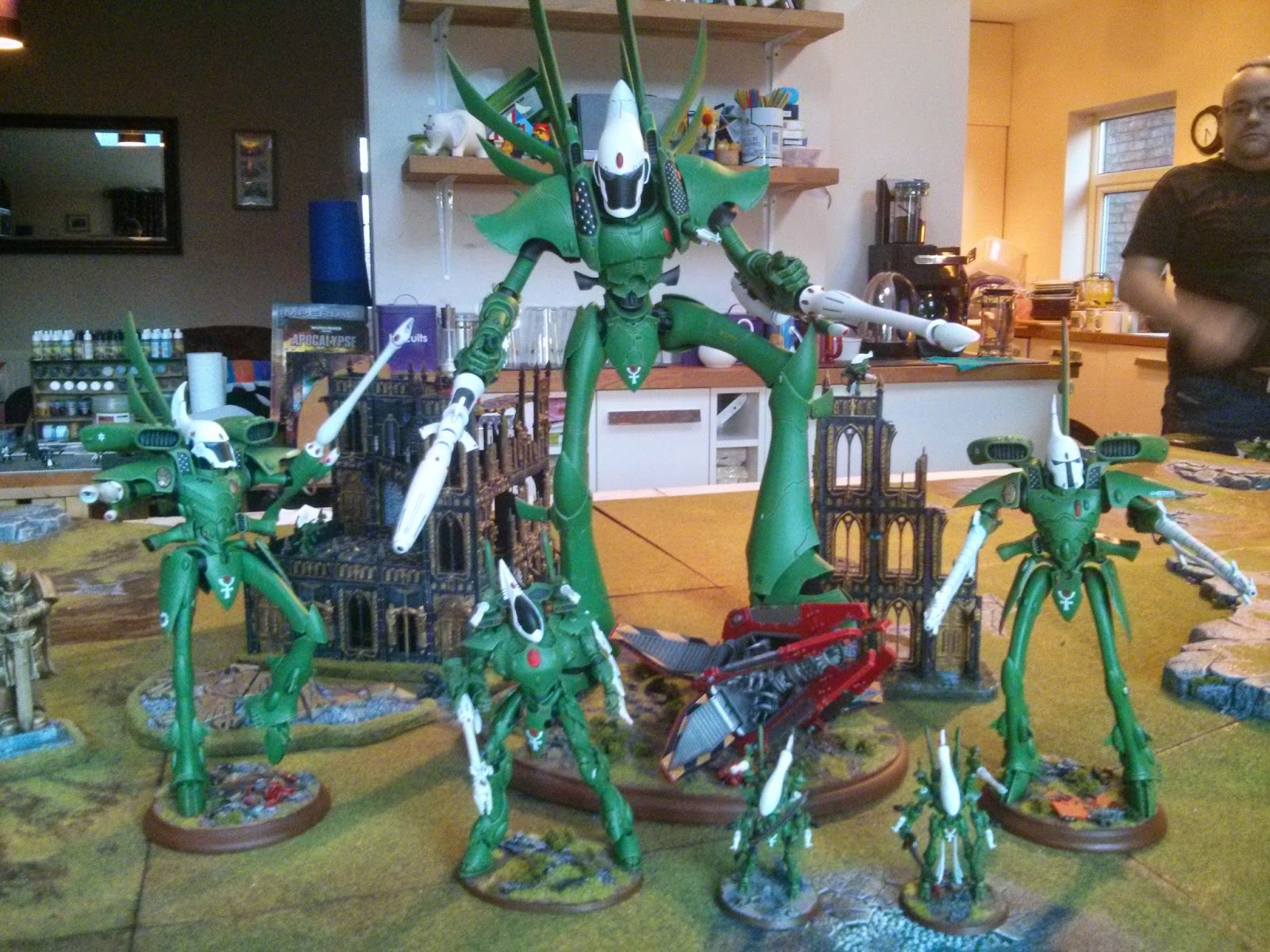 The base looks great too. 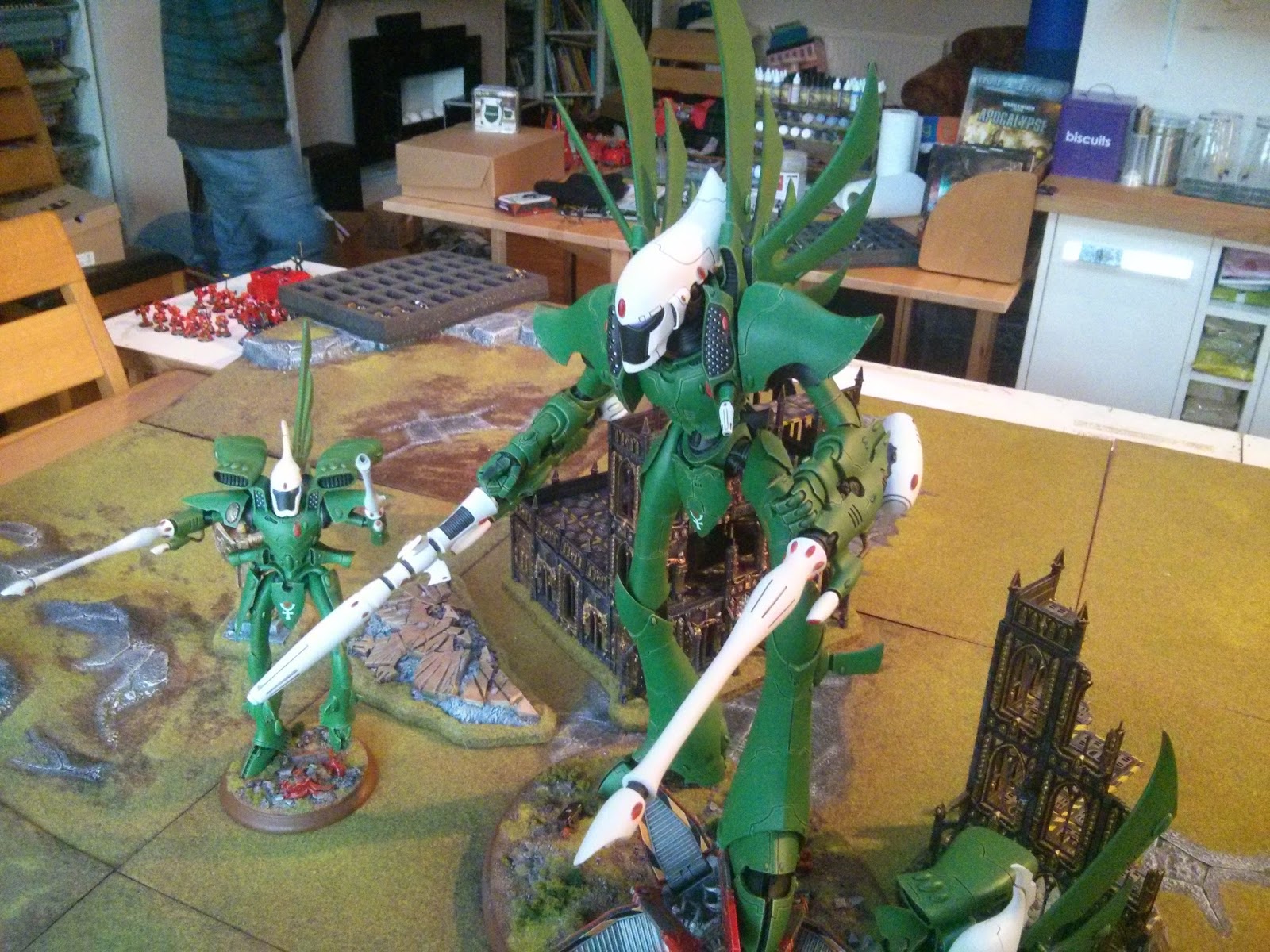 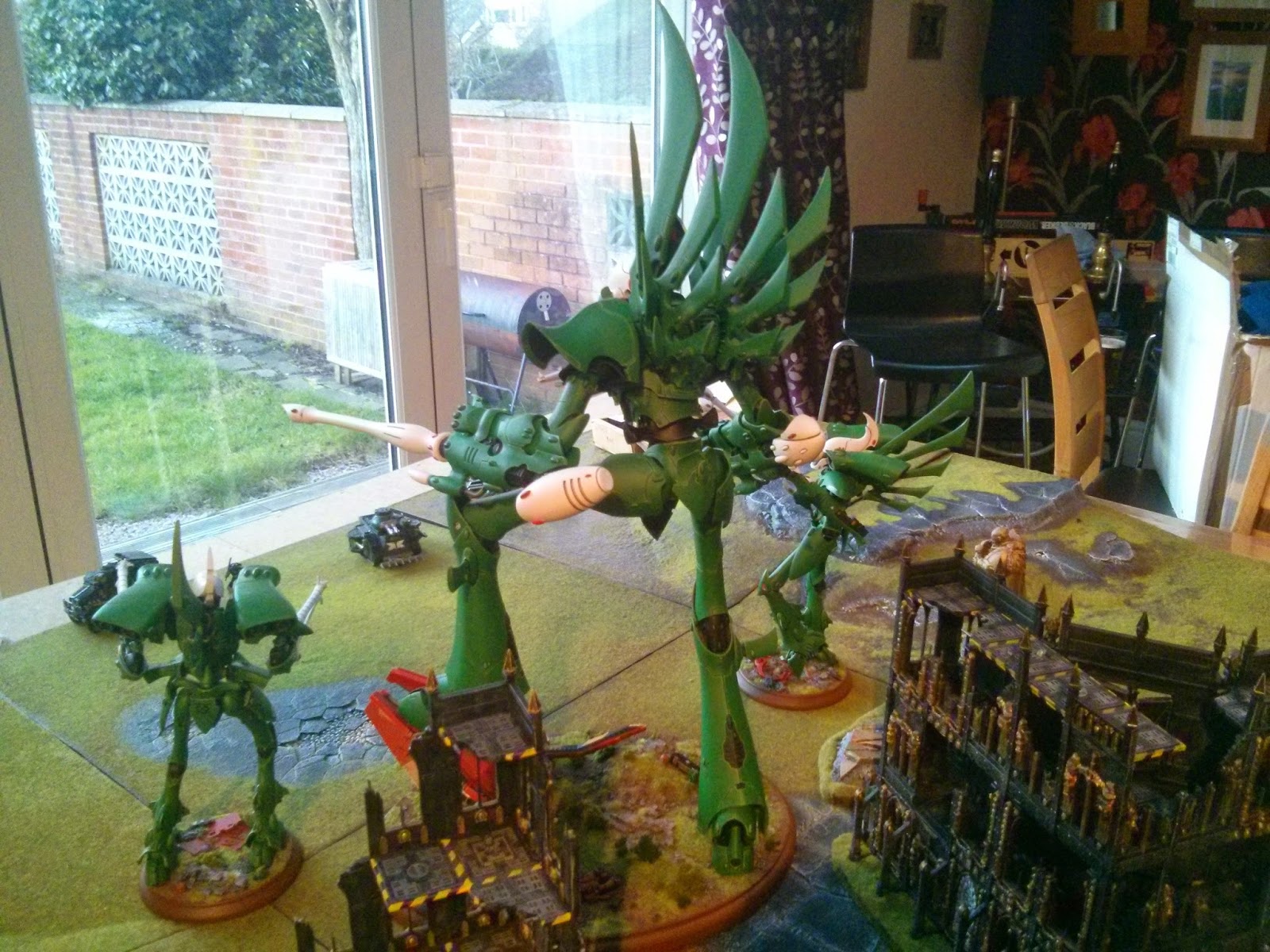 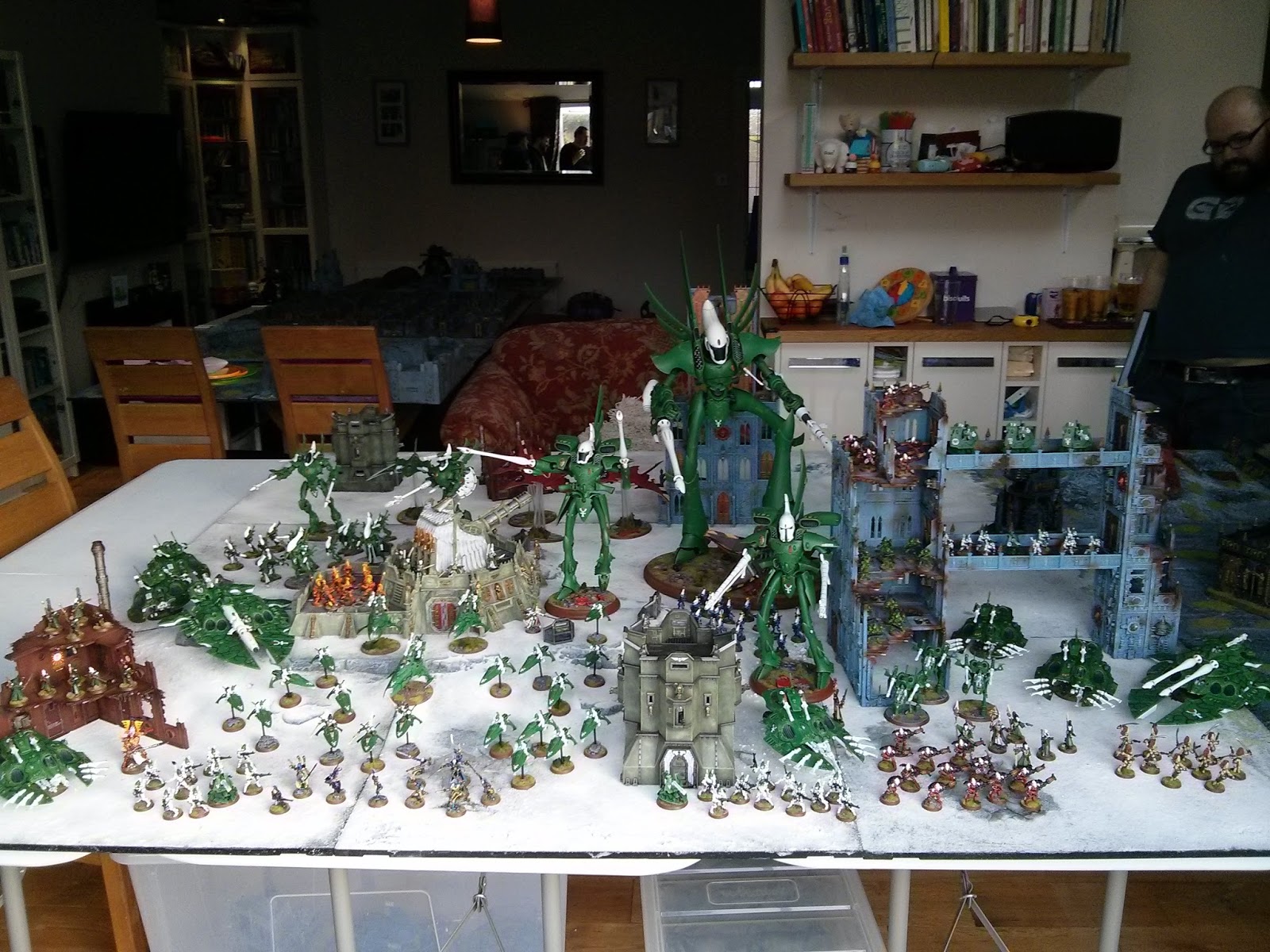 The Titans take on the Imperium 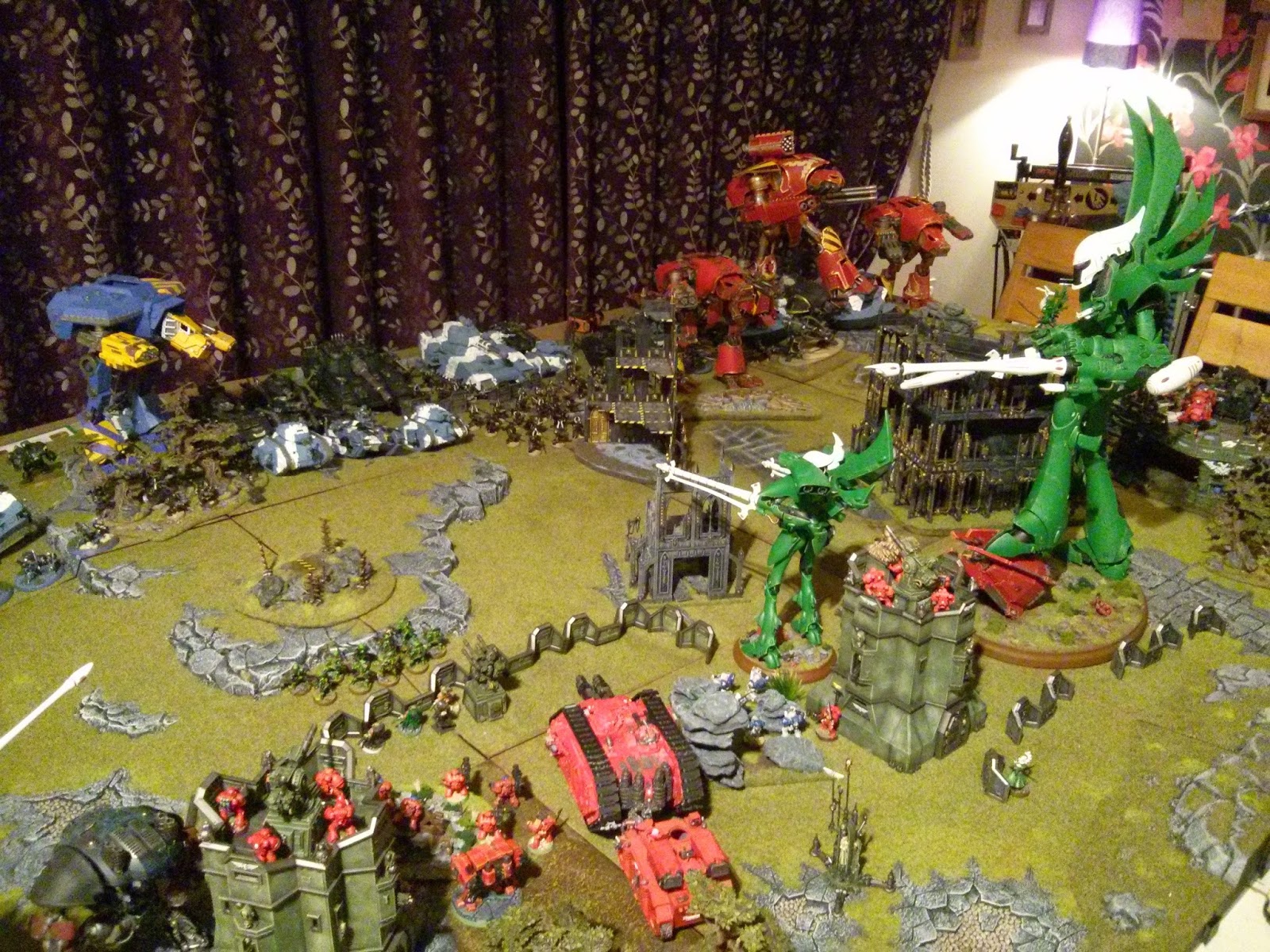 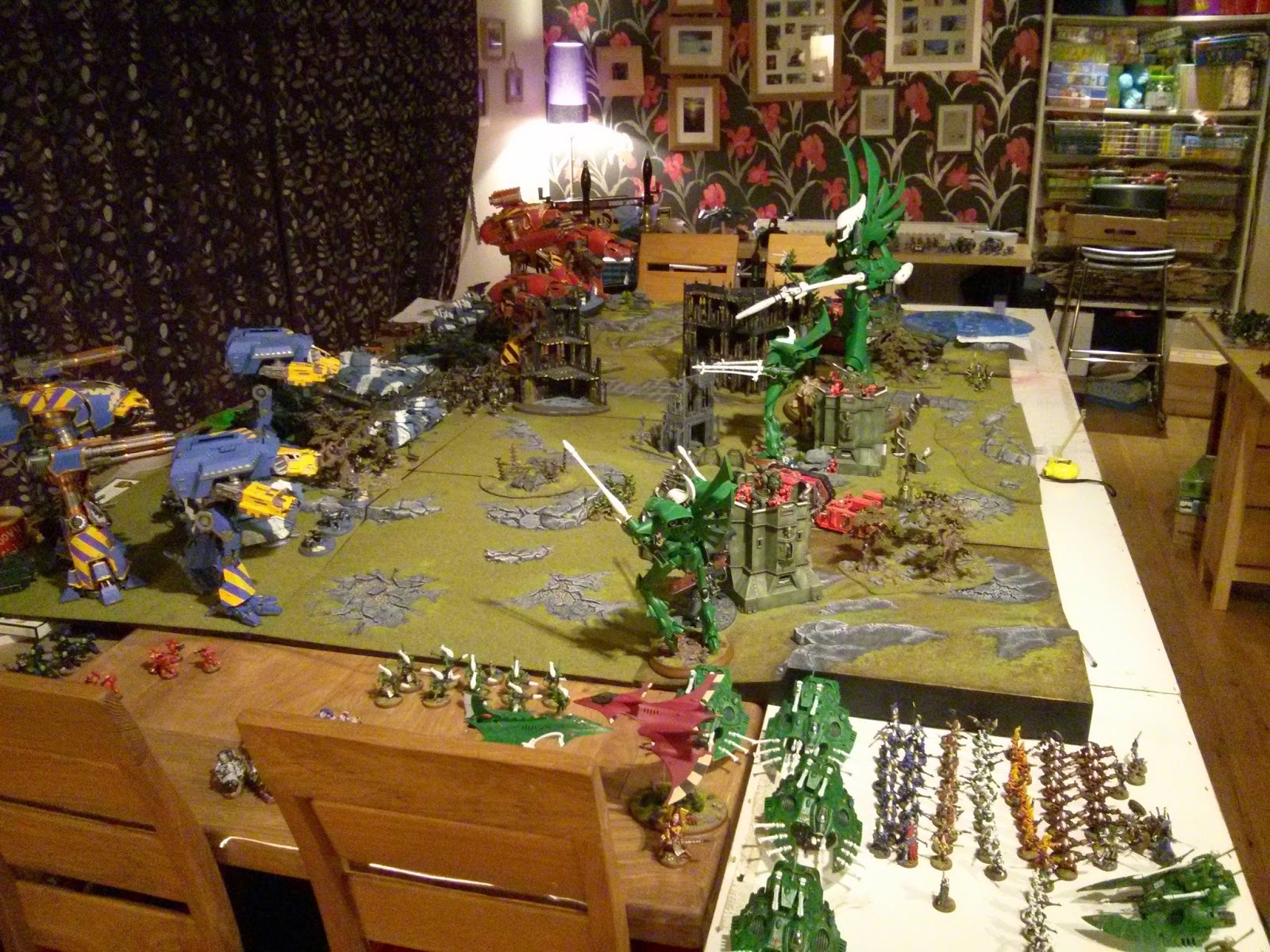 What a great first Eldar Phanotm Titan to join the club.