Synge had some good news to share with TOC recently:

"The Reaver is pretty completely built and has started receiving its colours. I have chosen to paint it up as Legio Mortis (the Warlord will be as well), names for the engines and princeps are still undecided.

With the build for the Reaver I tried something different for the pinning. I used timber screws, wall plugs and epoxy glue to pin the shoulders to the torso and the waist together. This works rather well, as long as the hole for the wall plug is the right size, i.e. if the packaging for the wall plug says 5mm, drill a 5mm hole, don't be tempted to make the hole bigger, its meant to be a snug fit and will require a gentle tap with a hammer to get into place. Also the top piece of resin that the head of the screw is touching, should have a hole that is smaller than the thread width of the screw (approximately the diameter of the shaft without thread), this allows the screw to bite into the top piece and increase the strength of the bond.

I also used the wall plug and screws to fix the titan to its base and for the shoulder connections to the arms, however the screws aren't glued in for either of these applications as I want to be able to remove the legs from the base for storage and also ease of painting. With the shoulders I have not permanently fixed them in case I decide that I want a power fist or close combat weapon.

A word of warning for anyone that considers using the screw and wall plug method, I recommend using a hand driver to screw in the screws as the heads of the screws are easily stripped and also  over tightening can cause fractures in the resin (from testing the assembly process on the excess resin that comes with the titan).

When I finished building the Reaver I put it next to already completed (well not really it still needs weathering) Stompa and was surprised at how small the Stompa is compared to the Reaver." 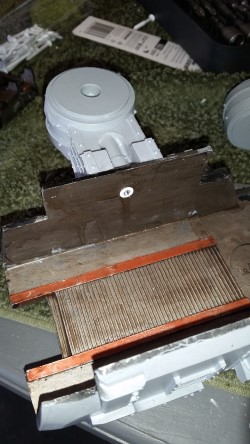 Screws and magnets make for a versatile and strong build. 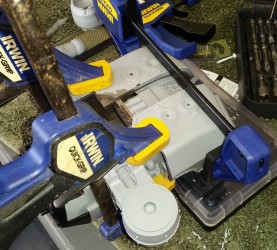 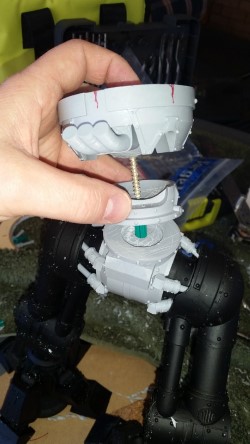 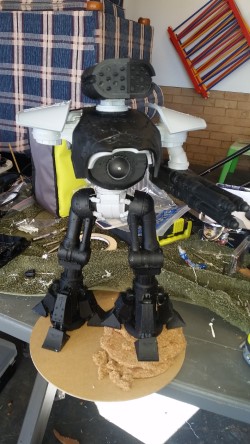 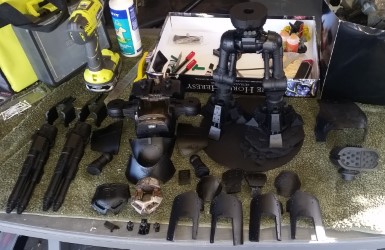 Into the Rite of Colours! 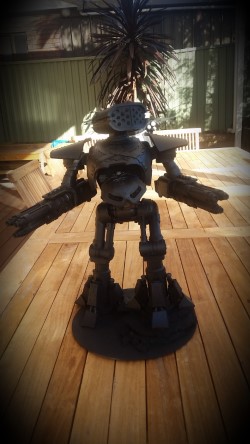 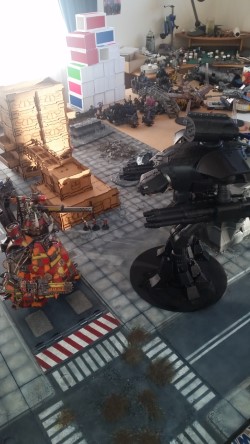 And the Rite of Battle! 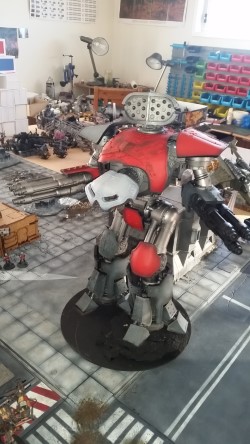 After a hard fought battle, the Rite of Colours resumes.
Posted by Shadow at 14:00:00