Owner: Garrette G.
Location: Georgia, USA
Comments: The Lightbringer was laid low in battle against traitor titans and the engine has been claimed by allies to keep the legacy alive.

To represent such a drastic change, it needed to don new colors befitting it's new home. Included in the email is a few photos documenting the engine's change of colors as well as some of the painting process.

Henceforth, the Titan is pledged to the 1st Legion, known as the Dark Angels. They have supplied it with a Forgeworld in the Northern Segmentum after the Mechanicum detachment aided in the final ending of the Rangdan Xenocides. The Lightbringer fell in the abyssal conflict, and was resurrected from the corpse world of [Redacted]. Close ties to the mechanicum and the Collegia Titanicus from the outset of the Great Crusade gave the Dark Angels the necessary political capital to request the newly raised Warlord to fight alongside them in the wars to come. 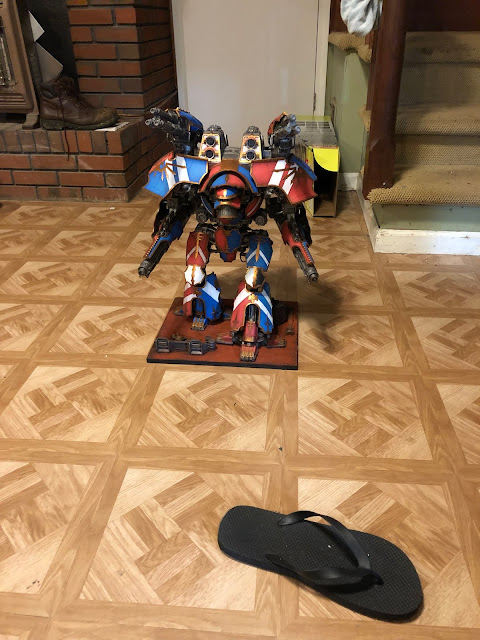 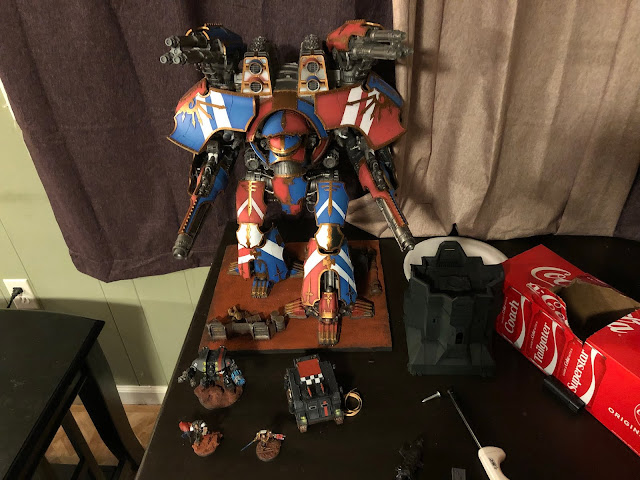 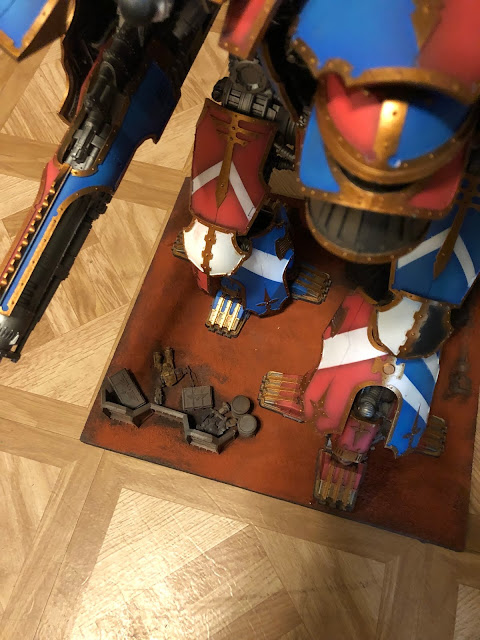 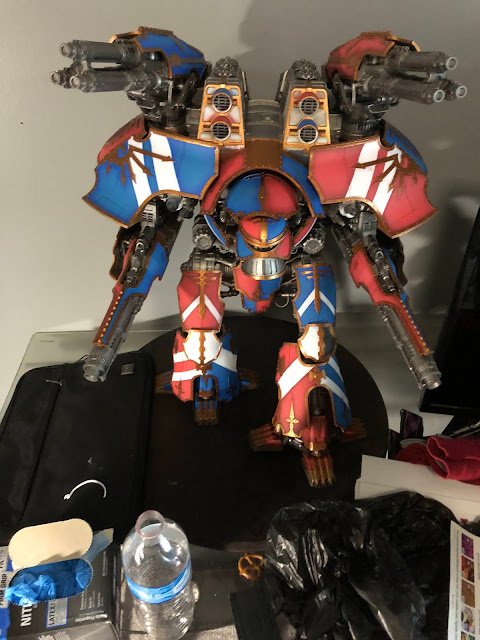 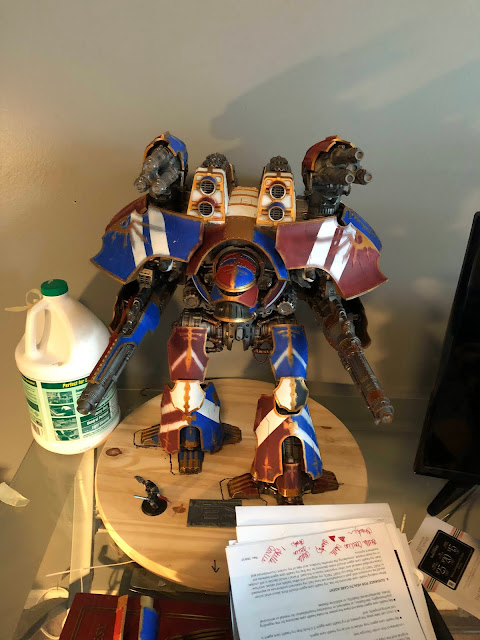 Basing and painting at the same time. 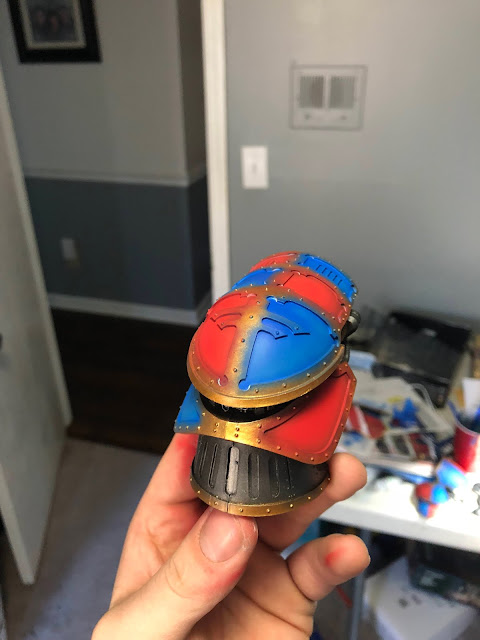 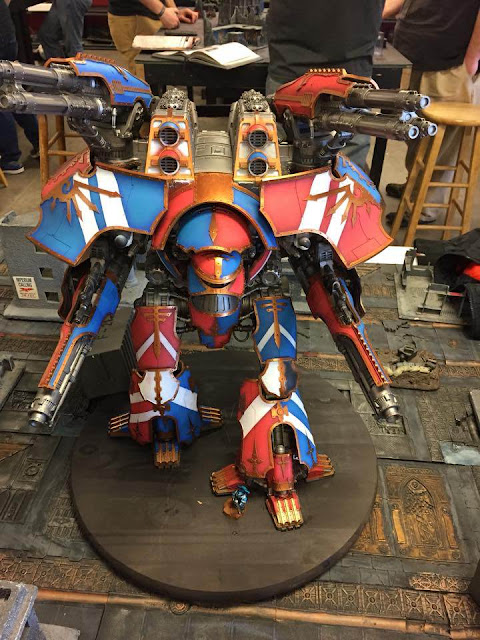 Looking very good against the city board. 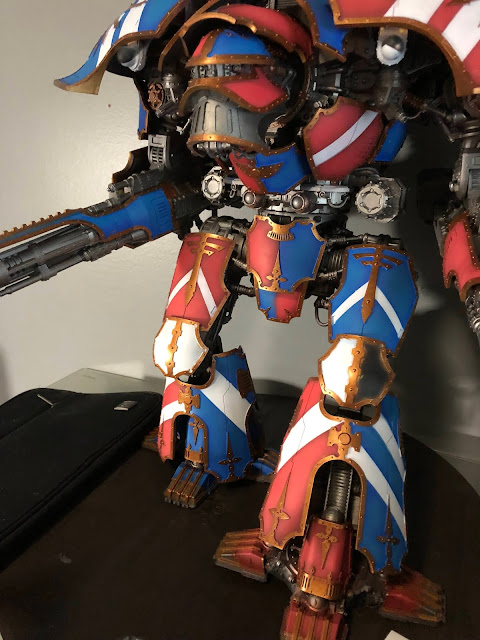 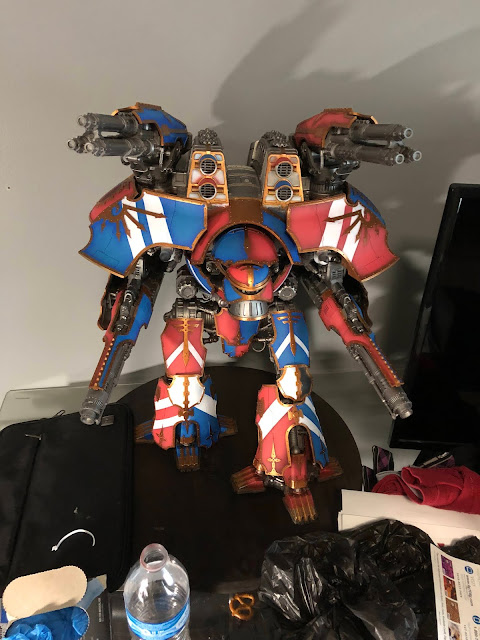 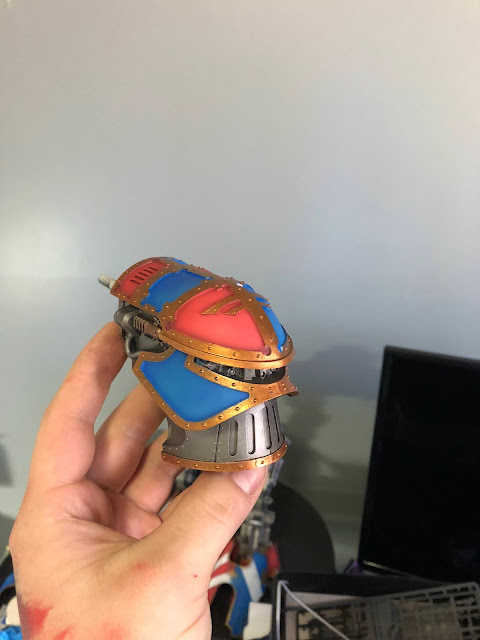 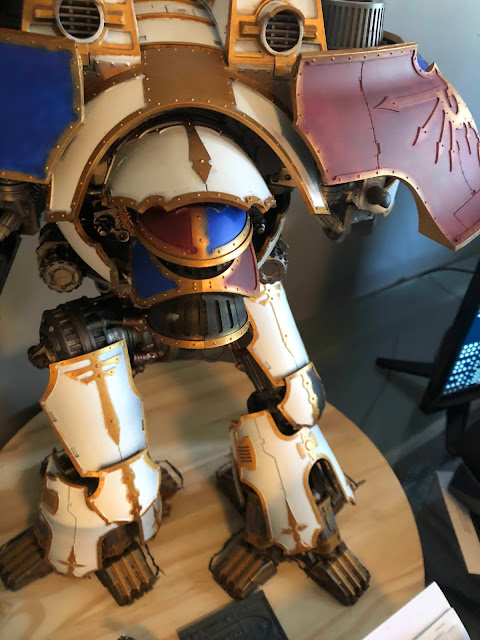 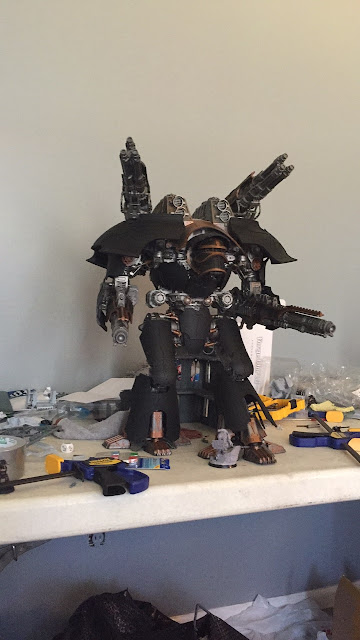