Owner: Ben
Location: Auckland, New Zealand [New Zealand's first Titan! - TOC]
Comments: It travels with the Word Bearers, so even during the onset of the Heresy the corruption began to show. Originally known as the "Lacrimas Rosa" or the Weeping Rose, it became known as the Bloody Rose for the phenomenon occurring on its personal heraldry. 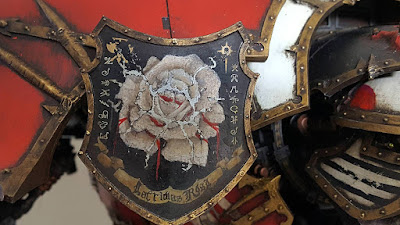 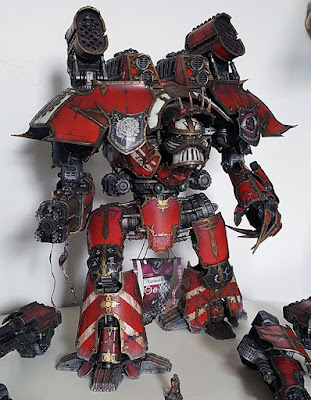 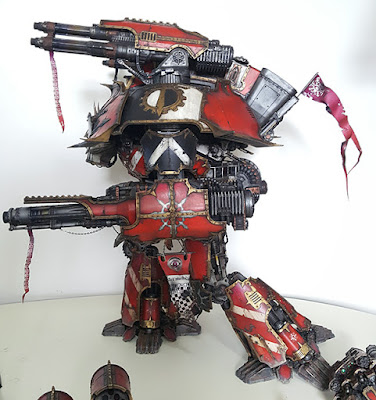 Excellent banners and the iconography is quite clear.  It's allegiance is easily discernible. 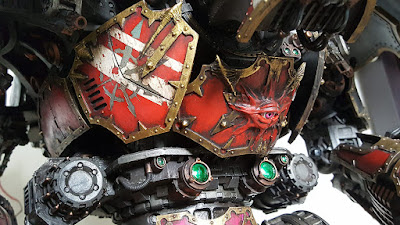 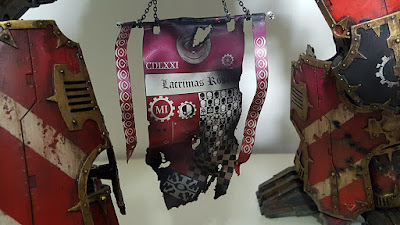 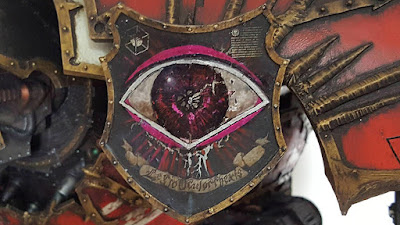 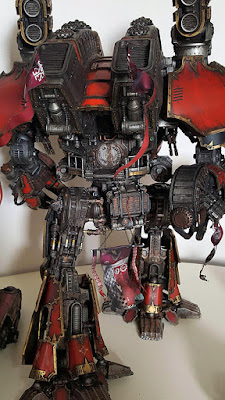 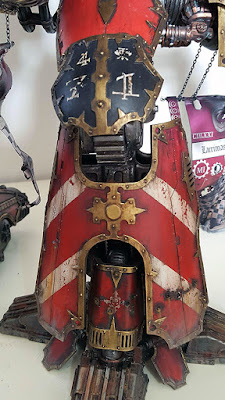 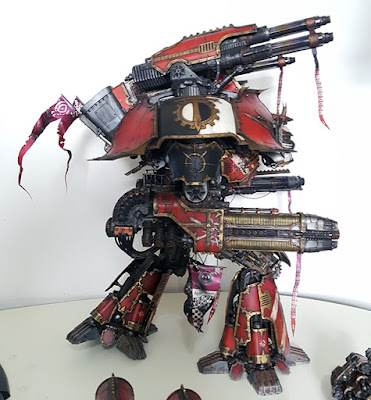 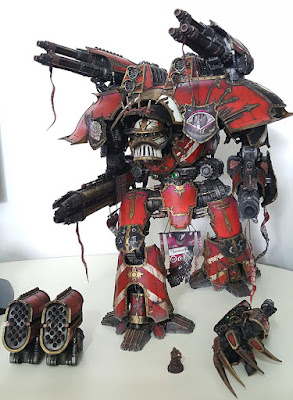 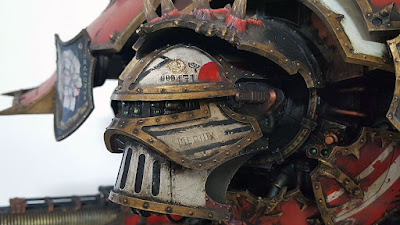 The white on the head stands out without overpowering the rest of the model. 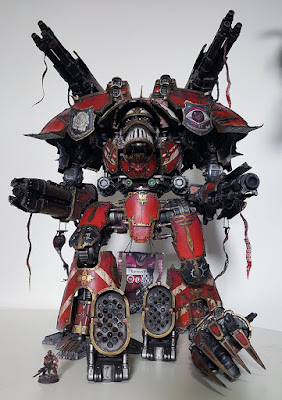 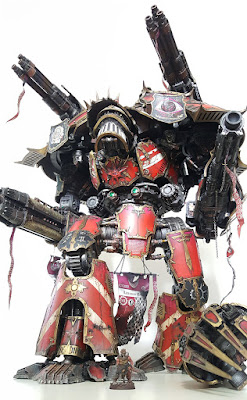