Owner: Jon S.
Location: Berkshire, UK
Comments: The legions magna is an old pre imperium legions, that reported fired the first shots of the shcism of Mars, it hails from the forge world of Estaban vii, the "flaming skulls" no longer inhabit this world though. As a note there is a loyalist legions also called the legions magna according to cannon, only time will tell what side this belligerent Titan will fall, but she has been reported as fighting alongside Word Bearers on occasion, so maybe her fate is sealed. 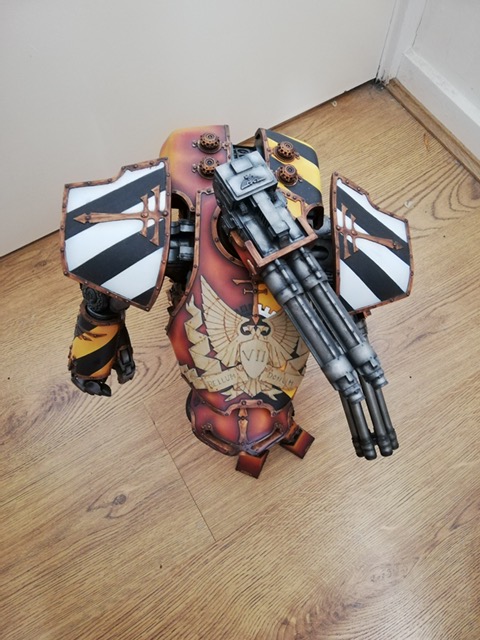 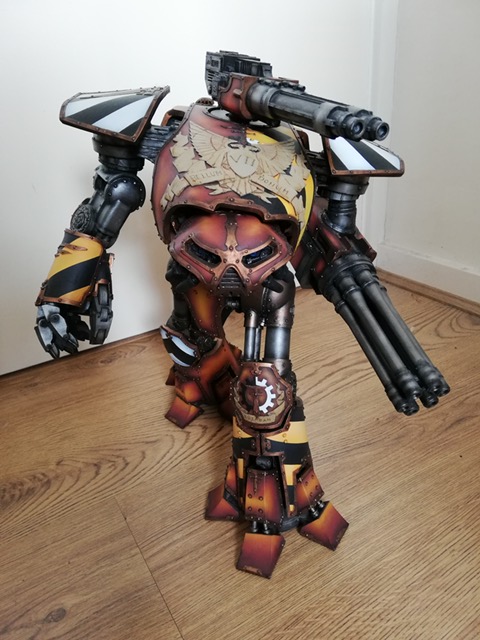 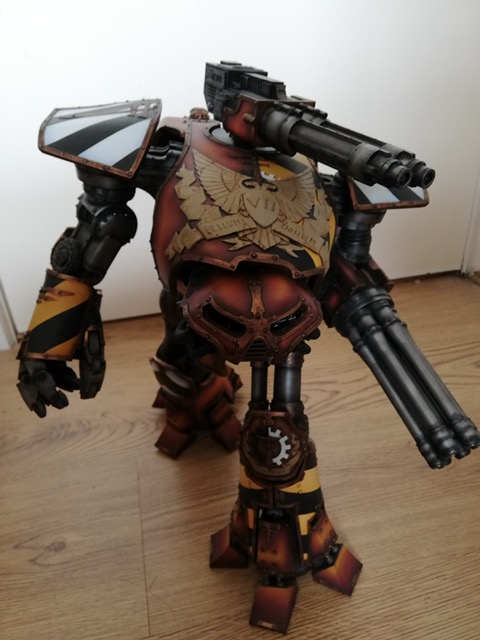