"Todays banner is one from of the attendees of the TOC UK Titan Walk 2018. And later Support Staff for TOC, Lord TITANium Halfpenny and his knights (specifically Armigers) lay claim to a very special charge. They slew first a Warhound Class Scout Titan and then a Reaver Class Battle Titan, both of which wore the colours of the hated Legio Furens and were commanded by our own Princeps Tesarius." - TOC

The Iron Warriors descended on their home world whilst the majority of the Knights were engaged off world defending a nearby world against a splinter force of the Iron Warriors. The Iron Warriors eradicated the population, the forts and strongholds - the planet sent word to the Imperium for help. The help arrived in the form of a Relictor Space Marine force, however they quickly discovered that the world held a deep secret, open this world a daemon weapon of vast power was hidden deep in a vault under the major stronghold of the planet. The Relictors, instead of defending the planet moved to find this weapon and take harness the power of the weapon for their purposes. The weapon was found, and taken - the results of this was that the removal of the weapon created a daemonic rift, which ripped the world apart, killing all but a force of knights who were off world, one route to the planet. The term 'Fire Eclipse' comes from the final image of the world that the knights saw before the world was destroyed.
The House, initially set out on a suicide crusade against Chaos, it was during this campaign that the House became part of an Imperial force against a Chaos force supported by an Ultramarines and Titans from Legio Crucis. The Princept of the Legio Crucius Titans invited the Seneschal an offer to fight with the Legio, and it was here the House dispatched their previous name, and became House Sertertiarios. The house fights as an allied force as part of Legio Crucius. 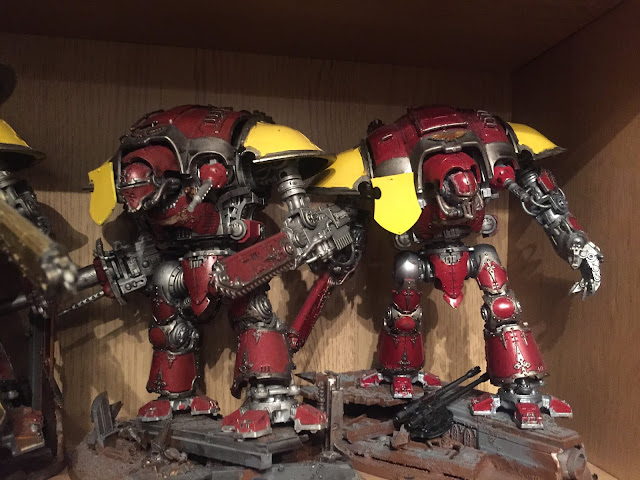 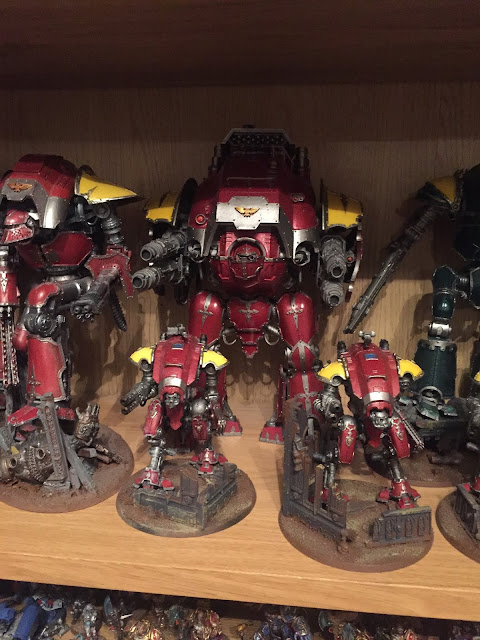 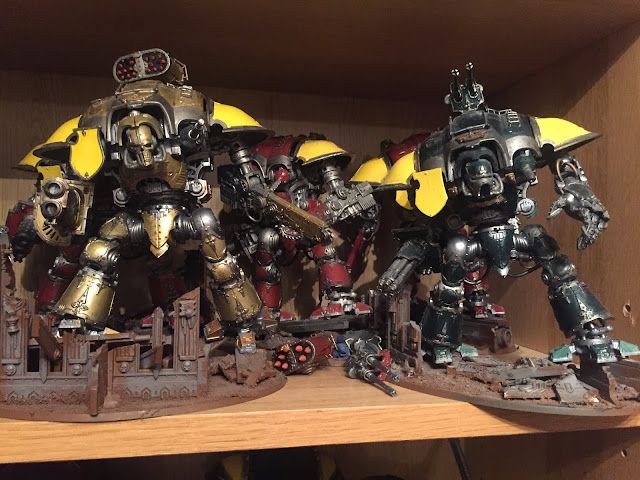 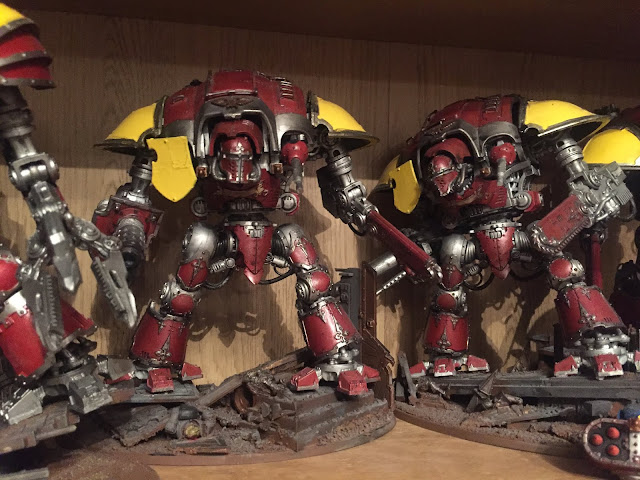 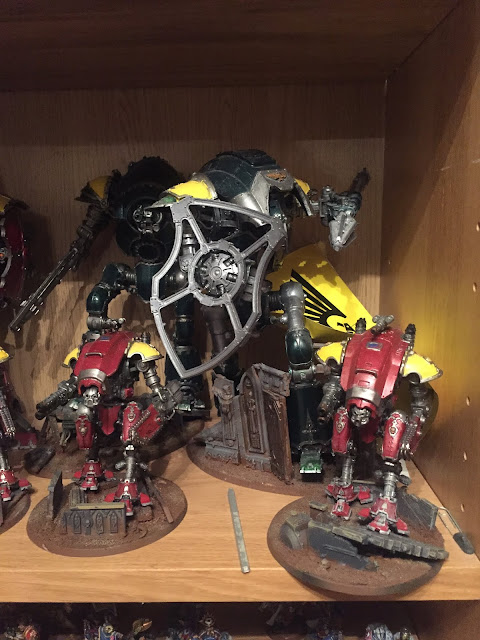 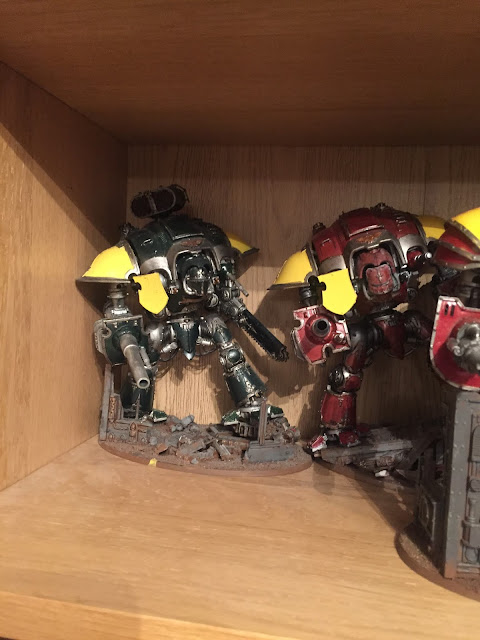 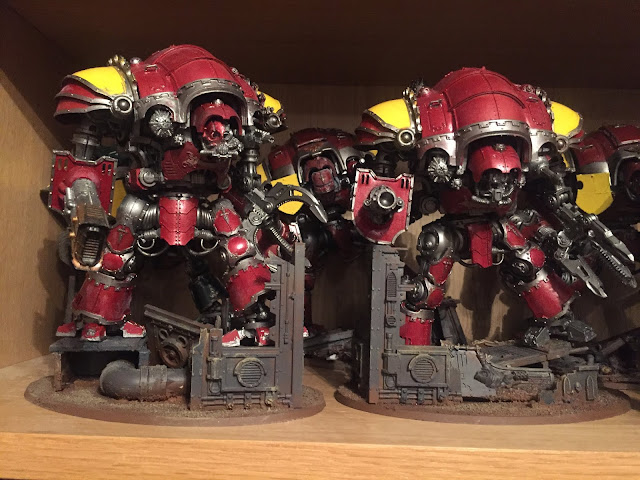 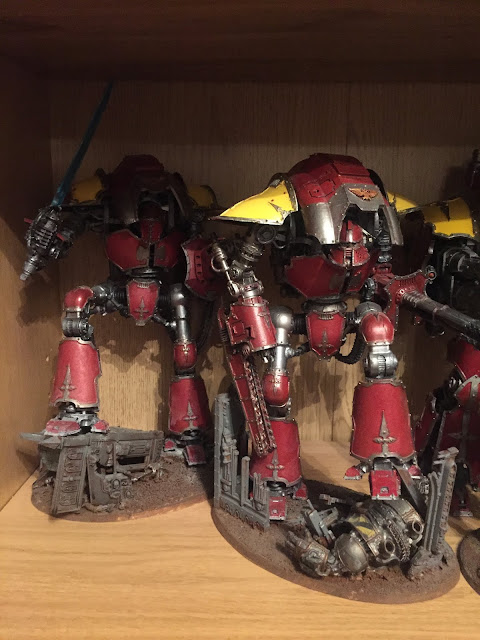