A huge thanks to Warhammer: Preston Ridge for hosting TOC on June 1st in Frisco, TX.  This event boasted four Titans and a whopping thirty-three Knights.  Not only did it feature two Princeps that have been developing a rivalry (albeit friendly) since the Battle for the Citadel, but we even had new Scions turn in applications for the club!

We received the following from our Princeps Coordinatus for the Southwest Region, Robert:

"On June 1st, the Titan Owner’s Club descended upon Warhammer: Preston Ridge in Frisco. Two Princeps, and four scions did battle to determine the fate of Imperial Refinery 30, located on Quabas III.

Heretic forces consisting of two Warlord class Titans of the Chaos -tainted “Lost Seven” and Knights from House Geotrix assaulted the Imperial refinery complex. Defending the complex were Titans from Legio Perennia as well as Knights from Houses Terryn, Raven, and Kreil. A total of four Titans and thirty-three Knights did battle this day.

Defending units from all three Knight Houses moved into the Sector Imperialis zone to engage the advancing knights House Geotrix. The Titans of Perennia exchanged volleys with the Warlords, who did extensive damage to the Warhound and Warbringer of Perennia, eventually sundering the mighty engines. Such was the importance of this facility that reinforcements were rapidly rushed to the lines. The fresh engines of Perennia were able to bring down one of the mighty Warlords.

The defending brave Scions engaged their assaulting peers in a short-ranged engagement that left both sides ravaged. The defenders knew all was lost when the remaining Warlord turned its attention to the Scions. The mighty guns of the Warlord tore through the remaining defenders and forced them to disengage.

Many thanks go to Warhammer: Preston Ridge and store manager Gabe for hosting us. A great time was had by all." 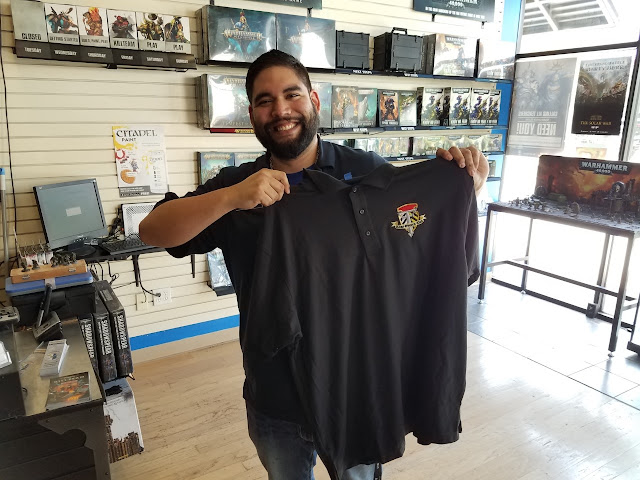 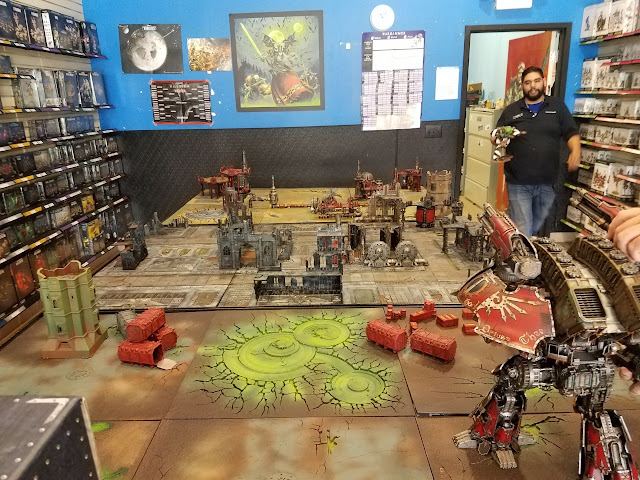 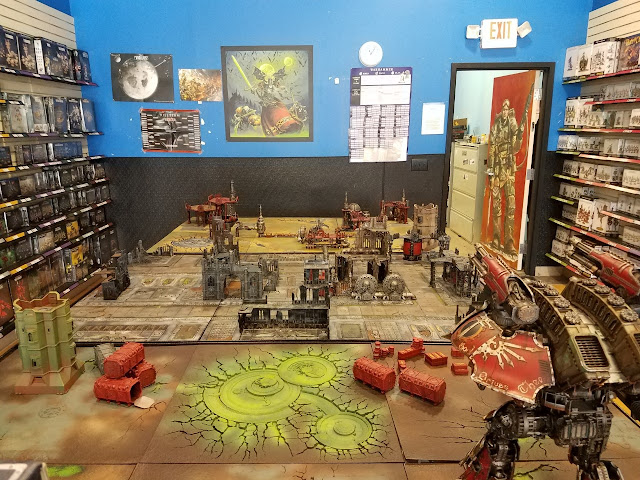 It's going to be a pretty big showdown. 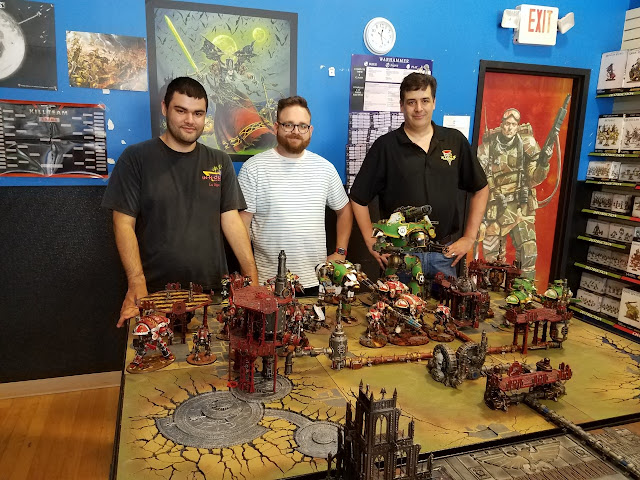 The defenders of the Imperium. 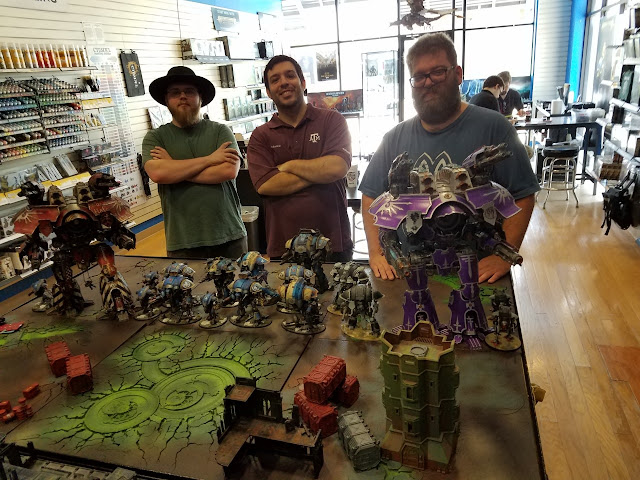 And those who wish to despoil it.  Wait a second....are the Warlords headless?  Bold choice. 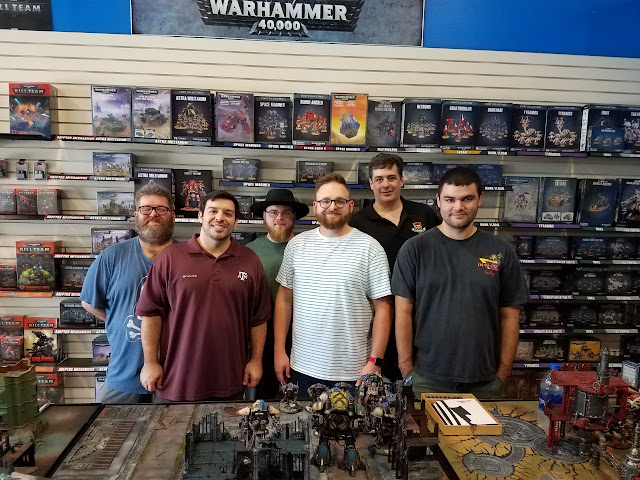 A nice group photo for the event. 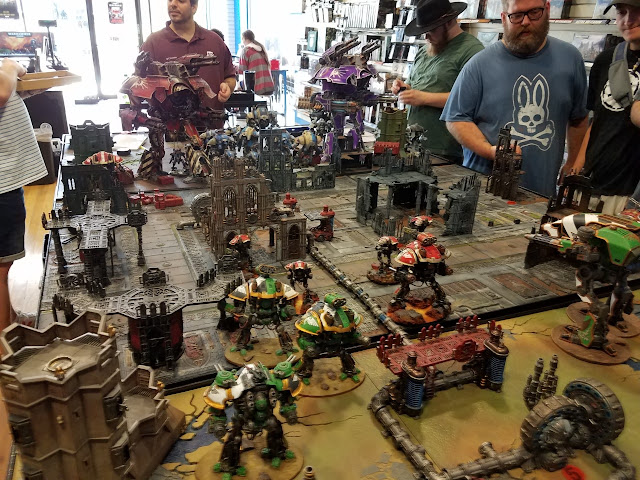 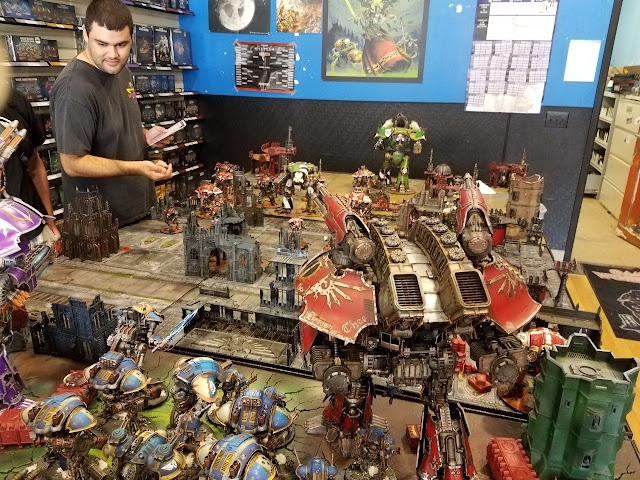 A lone Knight Gallant, a brave soul, moving to engage the Warlord. 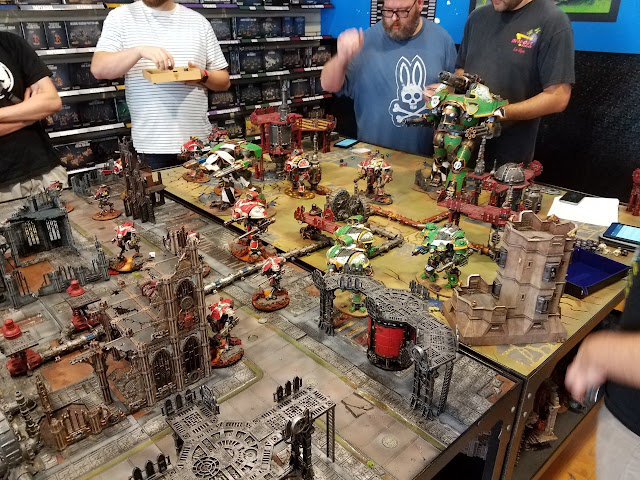 The stalward defenders move in to secure the Sector Imperialis Zone. 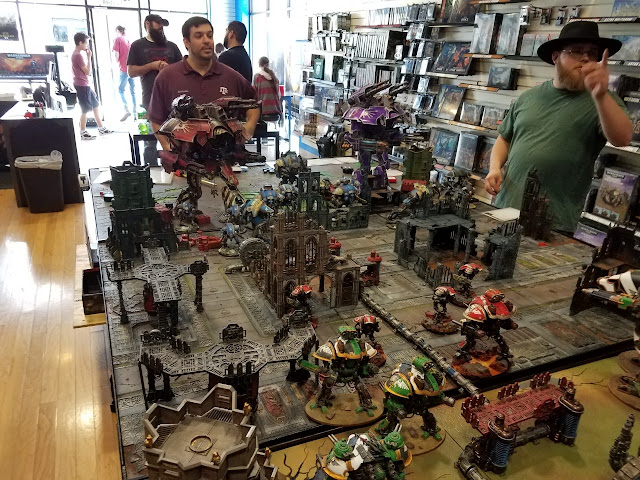 House Geotrix and the Lost Seven; ready to engage. 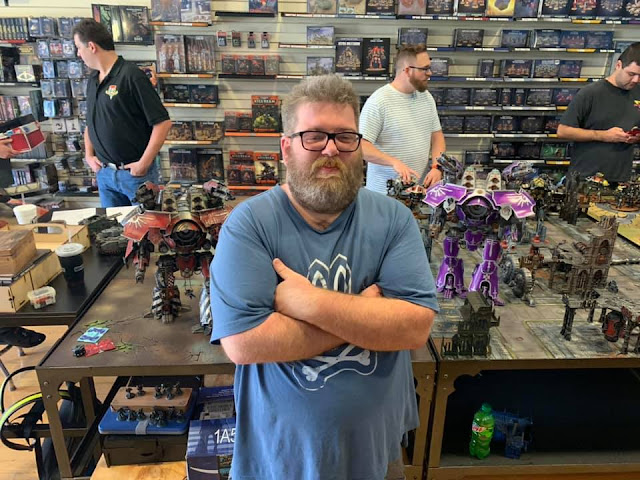 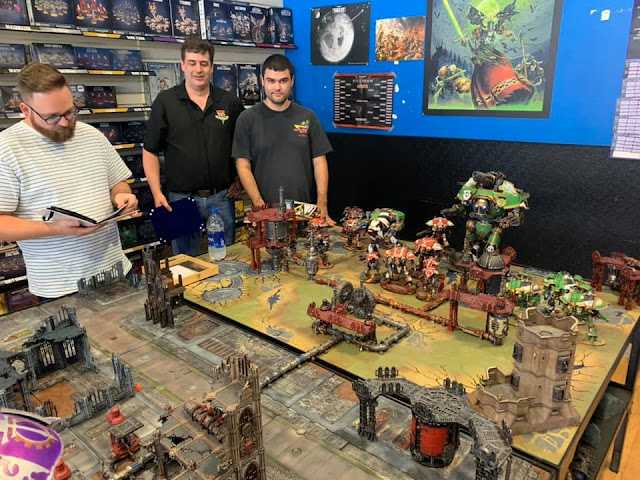 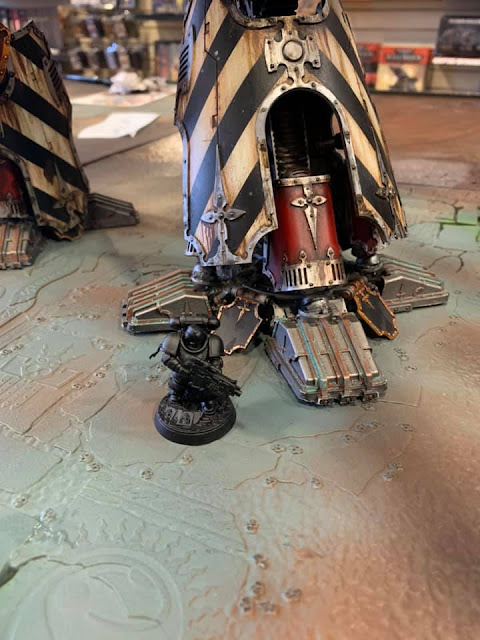 Had to show off the scale difference. 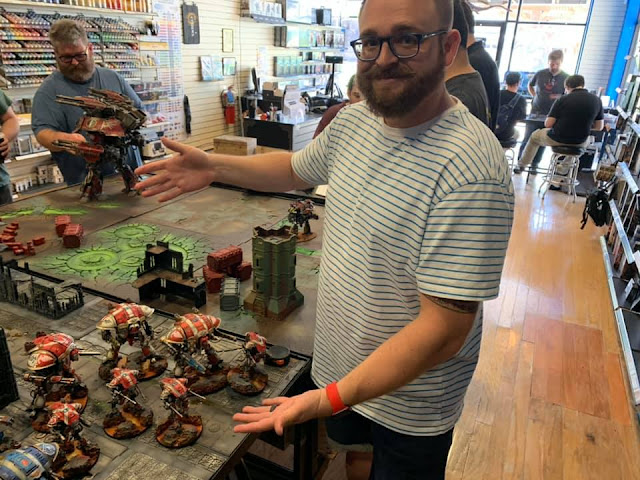 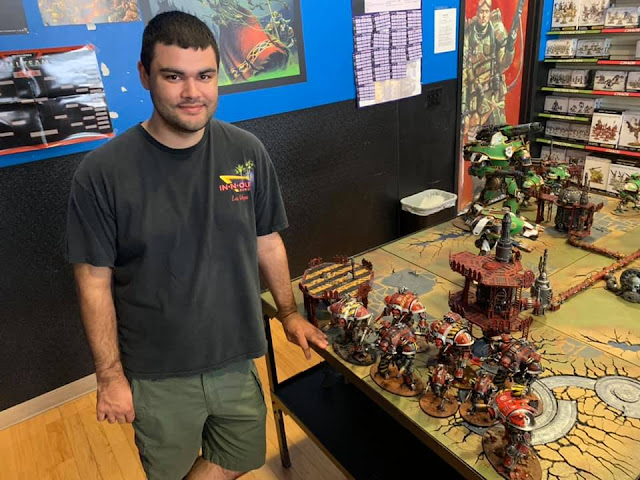 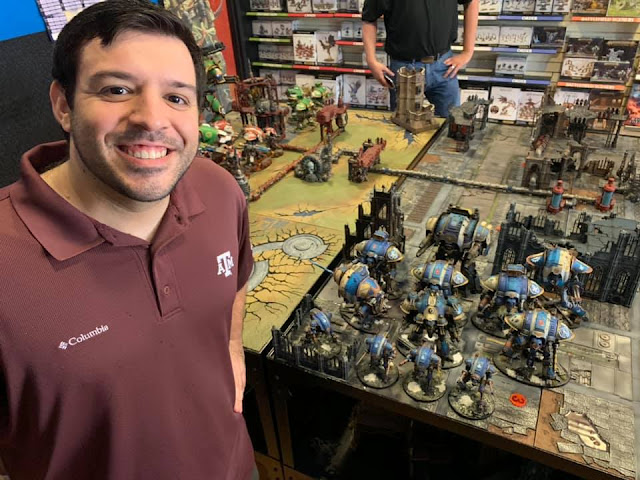 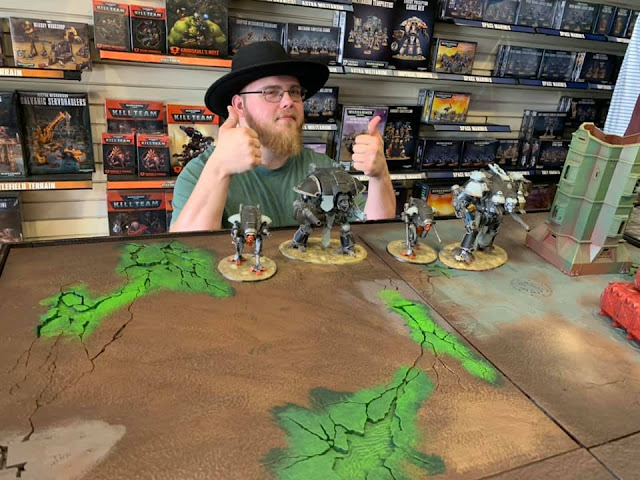 Such amazing Knight Banners.
Posted by Shadow at 14:00:00