Owner: Isabelle B.
Location: Switzerland
Comments: Isabelle: I got her second-hand, already built and magnetized. Her previous owner did some stellar work magnetizing her, but she didn't see much play in recent time and was standing around collecting dust. I cleaned her up, gave her paintjob a make-over and added some freehands. You may notice I deviated from the regular orange/yellow flames of Legio Atarus in favour of blue. This is paying homage to what enabled me to afford Titans in the first place: I'm working with biogas.


When she arrived, we did the most pressing fixes (mailing a Titan breaks stuff, despite the sender's best efforts), then immediately set her up in an Apocalypse battle, 21000 points per side. She performed admirably, landing a perfect salvo on the enemy Warlord with her Volcano Cannons in the second turn (causing it to explode!), crippling a Warhound and completely obliterating an unfortunate Knight caught in her crosshairs. A good start! 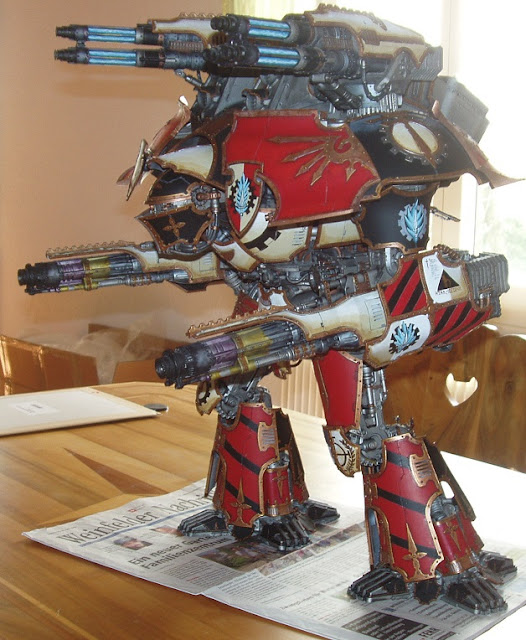 A strong pose and great stance. 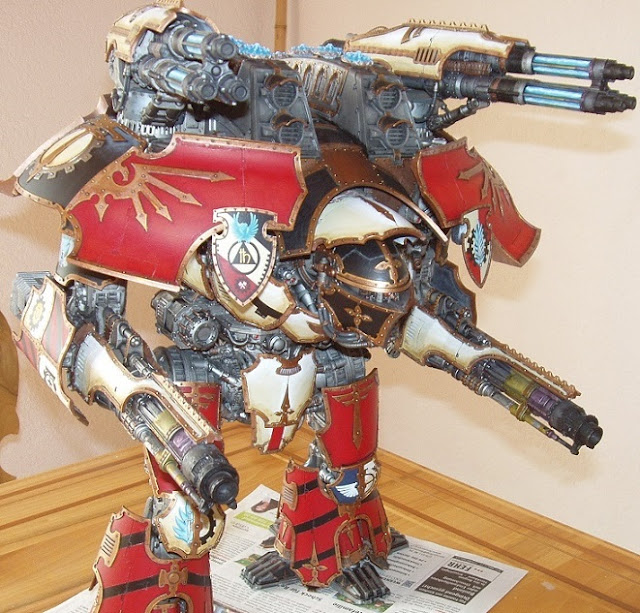 The logo is a nice diversion from the standard Firebrands iconography. 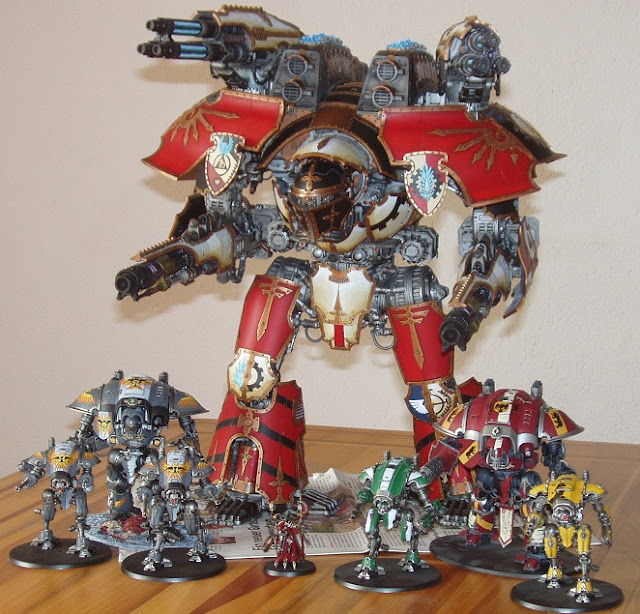 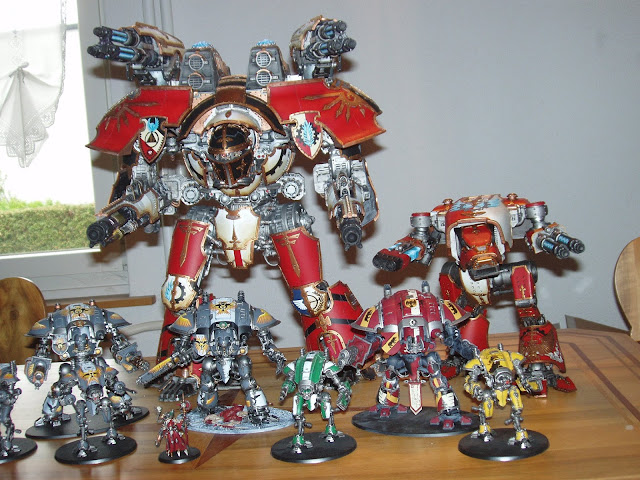 Knight Support, an absolute must. 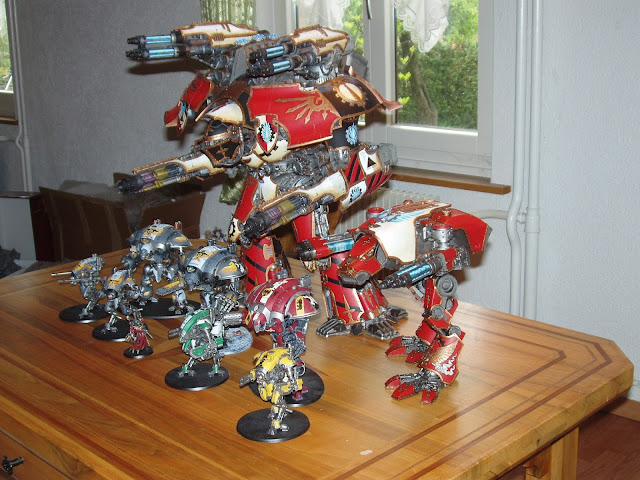 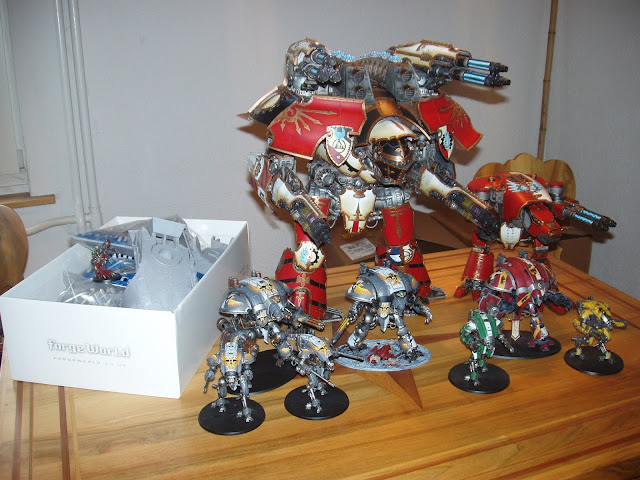