Our Princeps in the Northwest got together for the Northwest Regional Clash last weekend, here are some of the pictures we captured of the event. It was a small event but even so, we saw 2 Engine Kills with several other smaller vehicles, including the Gargantuan Squiggoth being torn apart by a Knight Banner of Legio Solis. Great event and a huge thanks to Heroic Knight Games in Issaquah Washington for hosting us! 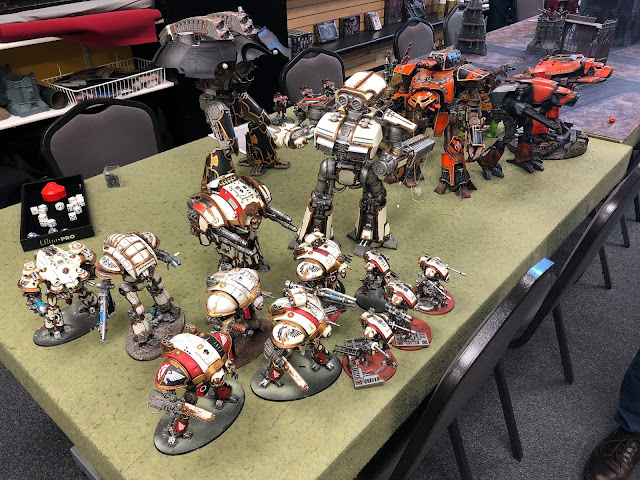 Two Titan Legions square off for a titanic fight. 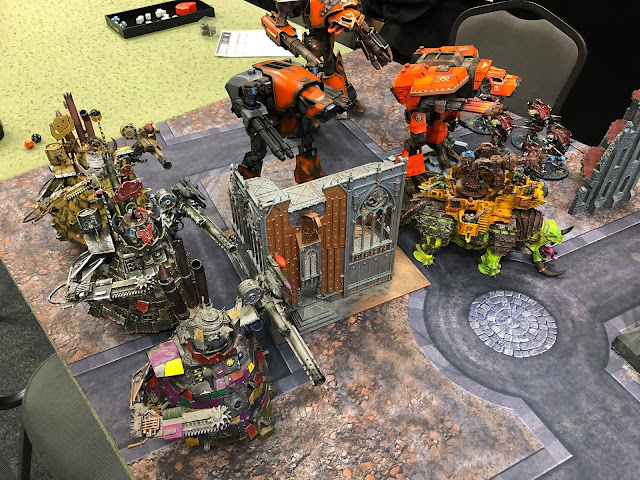 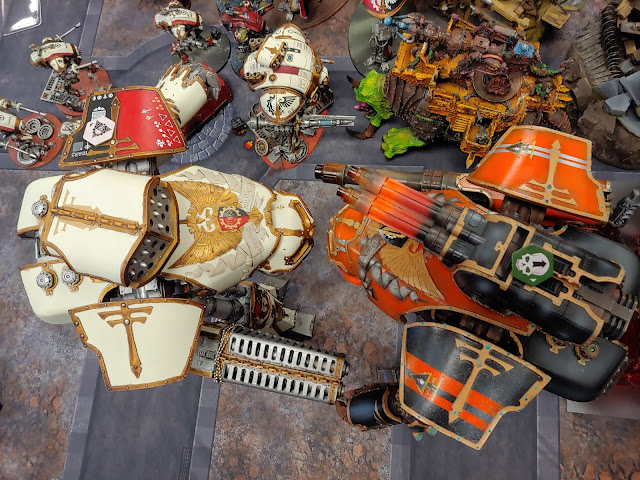 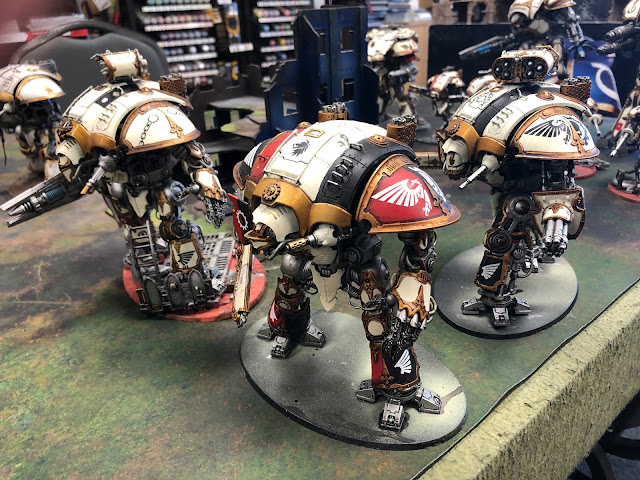 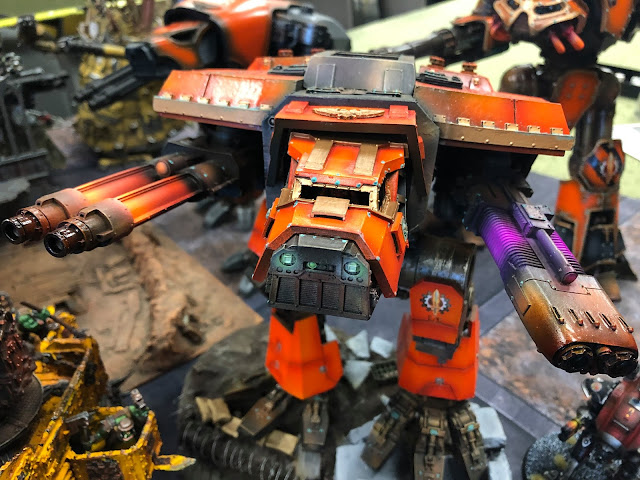 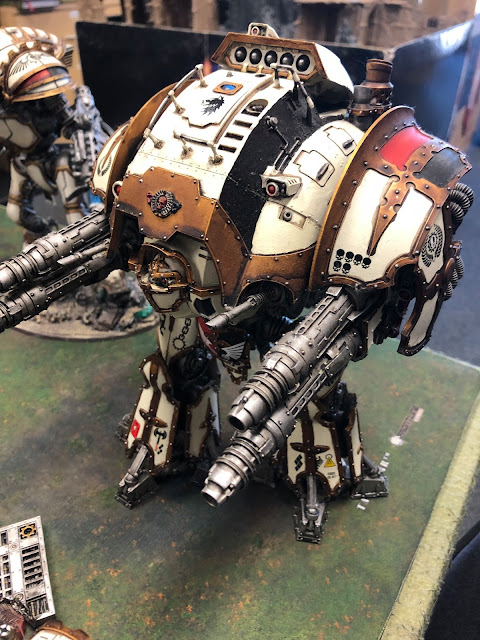 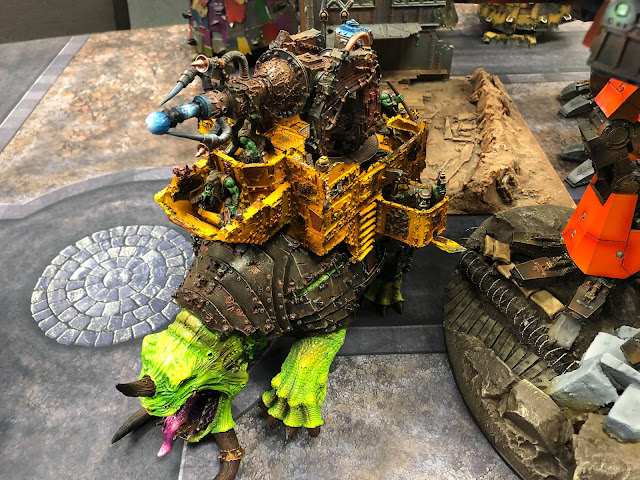 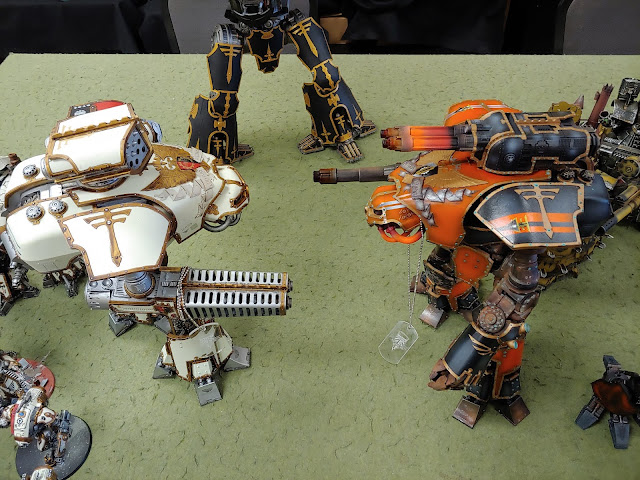 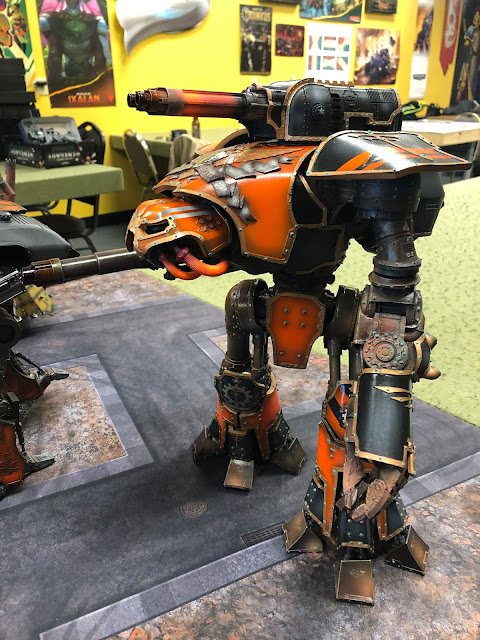 Magna Tormenta ready to blow away the enemies of Man. 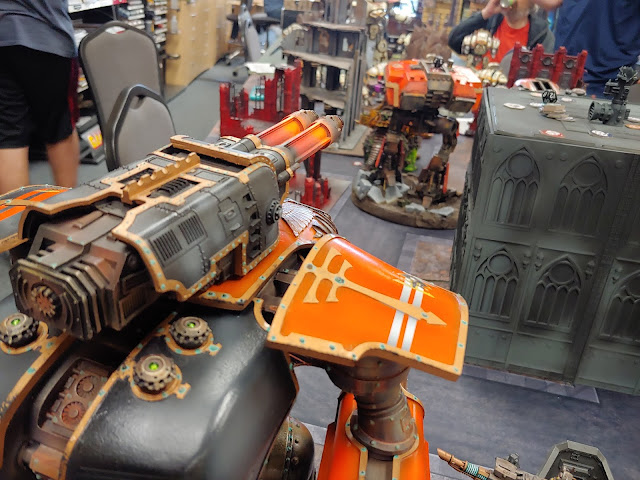 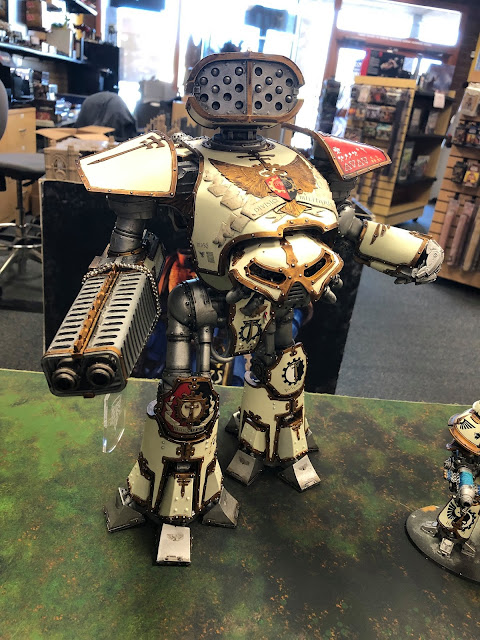 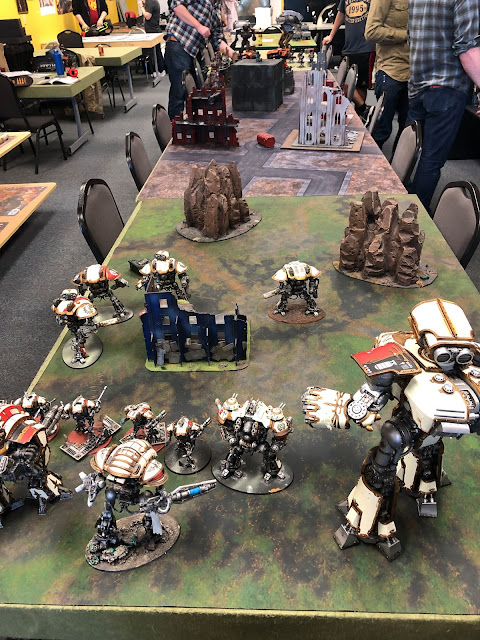 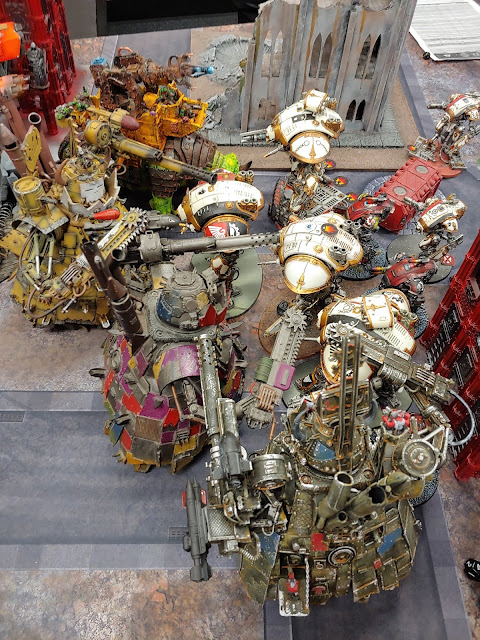 The Orks were no match for the Knights