Owner: Gordon C.
Location: British Columbia, Canada
Comments: First purchase in a GW ever was the 6 pack warlord battle titan box for epic and I've been hooked ever since. Loving the 40K Warlord, hopefully, Forgeworld will bring out full-fat sized versions of the Sinistramanus Tenebrae, Quake Cannon, and Vulcan Mega Bolters so I can finally have the weapons I want.

"There are monsters, and then there are the monsters we make to fight them. Both are the same. The difference is simply a choice of how we see ourselves."
—The Emperor of Mankind, at the Massacre of Angorite, late Unification-era

Forgeworld of origin Arachnus, as part of The Oblation.

Immediately transferred to Titan to supplement the fledging inquisition.

Imperius was unable to take part in the Seige of Terra with the other titans delivered at the same time, this remains a source of great shame to the Machine Spirit.

All Princeps for Imperius Executor takes Gerraint Lomark as their name at the completion of the ritual of binding. In reference to the first. 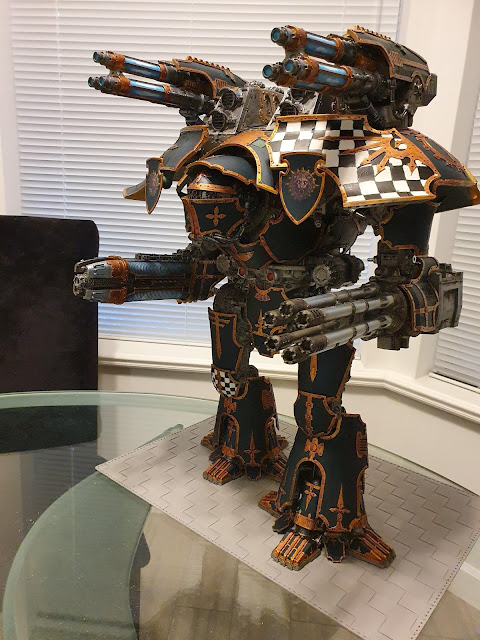 A lovely Sinister engine with a good loadout while Gordon waits on the FW upgrades.