Owner: High Princeps Andreas Maximus (Andrew)
Location: United Kingdom (Old Albia) Staffordshire.
Comments: Princeps Titus and the Dei Verbum have been together since the early days of the Great Crusade, and were present during the massacre of Istvaan III where the crew of the Dei Verbum followed the command of his senior Maniple commander Constantin Ignatus to halt fire, and retreat to the Ark Mechanicus (Glory of Mars) Since then the Maniples numbers have fallen, however; they still fight for the glory of the golden throne, even if it may sometimes bring them to fight those loyal to the Imperium if they believe it will be for the ultimate glory of the Emperor. The loyalist titans of the Legio Mortis are often seen fighting along side loyalist remnants of the Secutarii and the Fallen Angels.

I have a Reaver I’ve had for about 8 years and a Warlord for about 3 and a half years, I’ve moved house a ton of times due to work and certificates have been lost in the mess of moving. 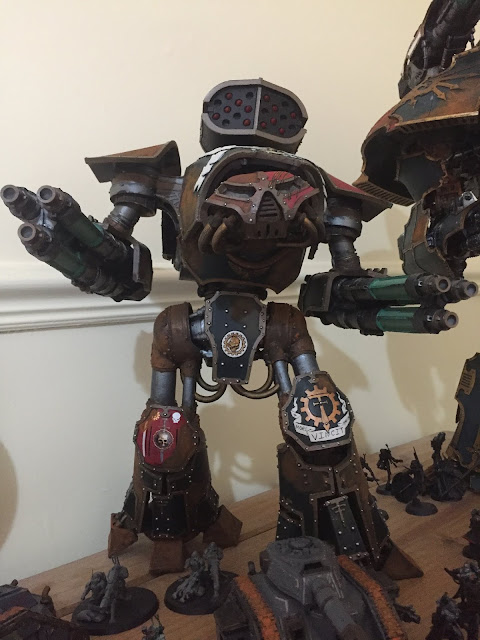 An awesome armament, Apoc Missile's for stripping Voids and finishing off with multiple laser strikes! 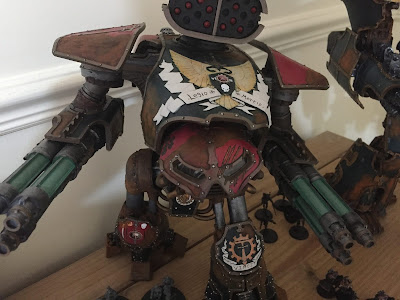 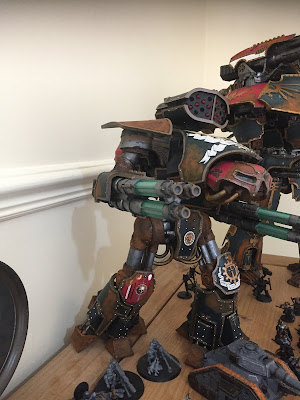 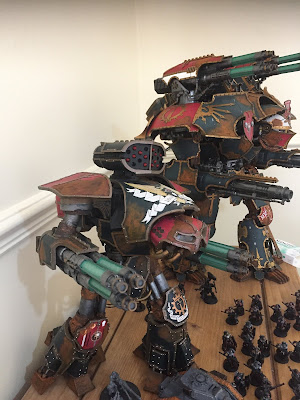 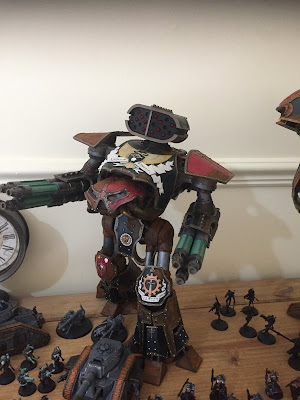 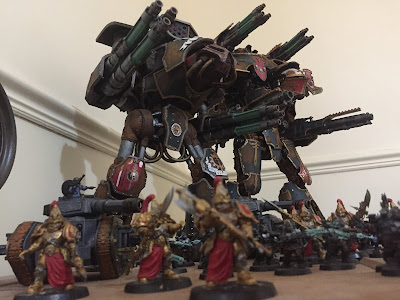 So many Laser Blasters! 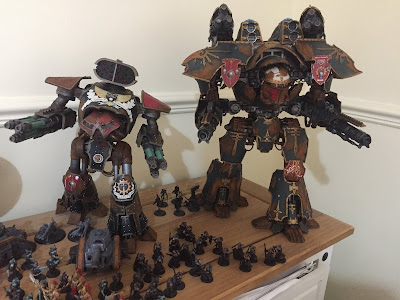 Both  Dei Verbum and the mighty Missio Dei go full stride into the Battle!