A beautiful Engine of Legio Astorum 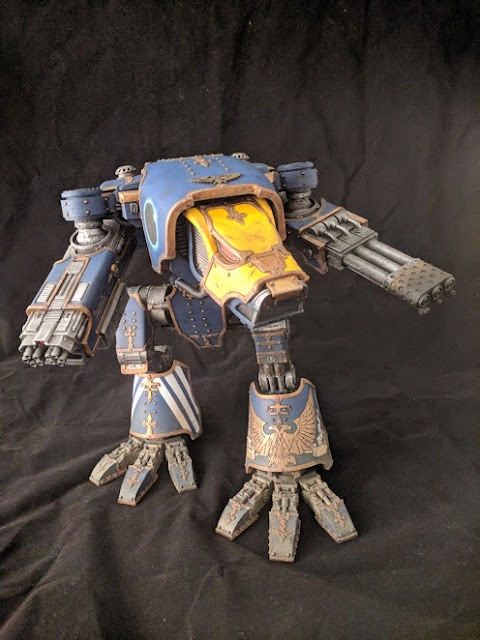 The Engine can be equipped to either take on swathes of infantry or as a Super Heavy killer with Turbo Lasers and Plasma Blastgun. 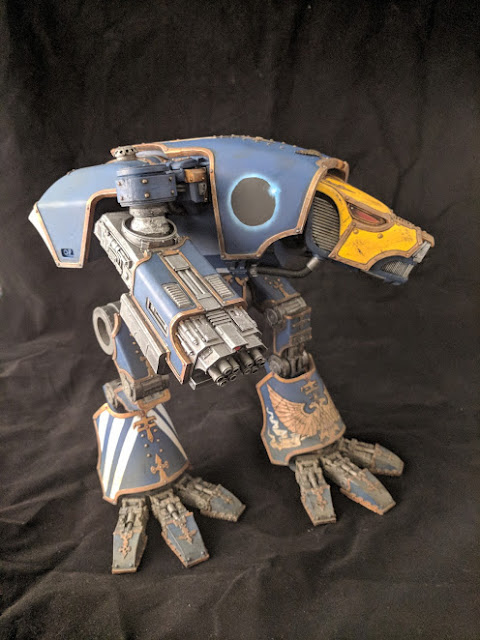 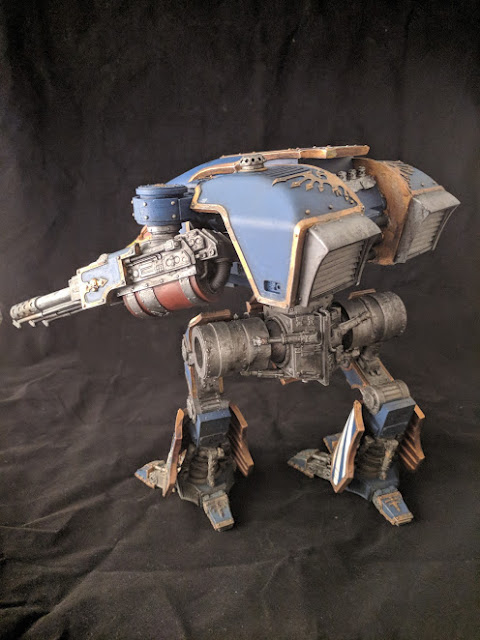 The weathering and dust build up on the legs is fantastic. 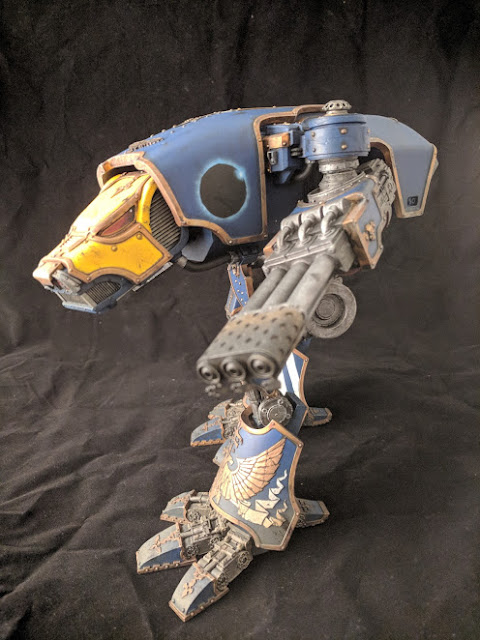 The internal detail has been painted very well. 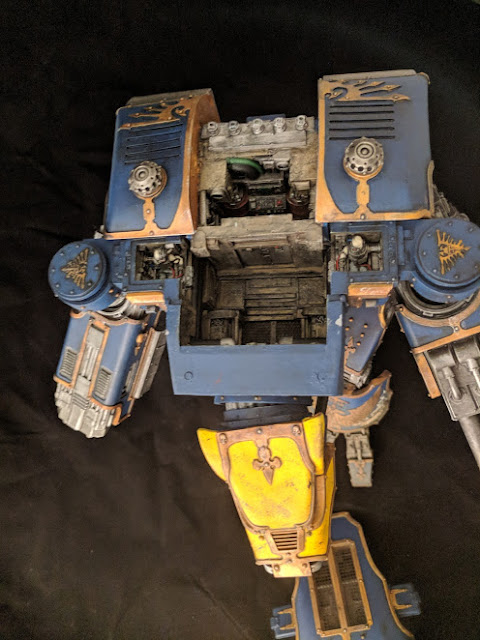 The Princeps at his command station. 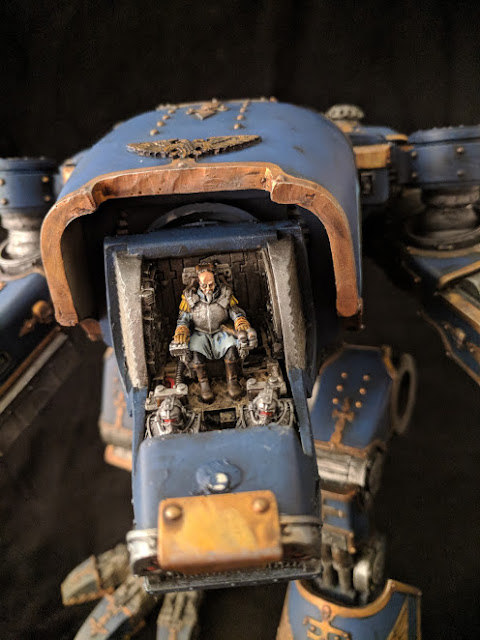 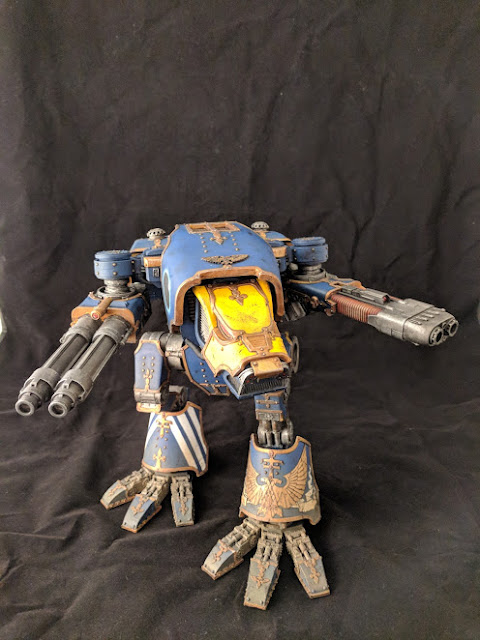 The Plasma Blastgun plasma piping has been shaded layered up very well. 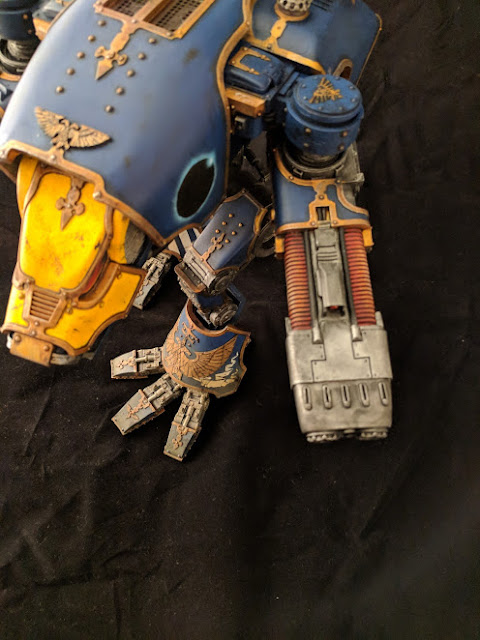 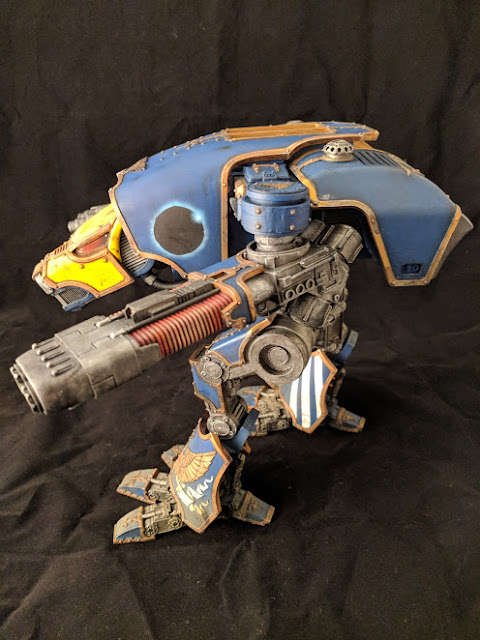 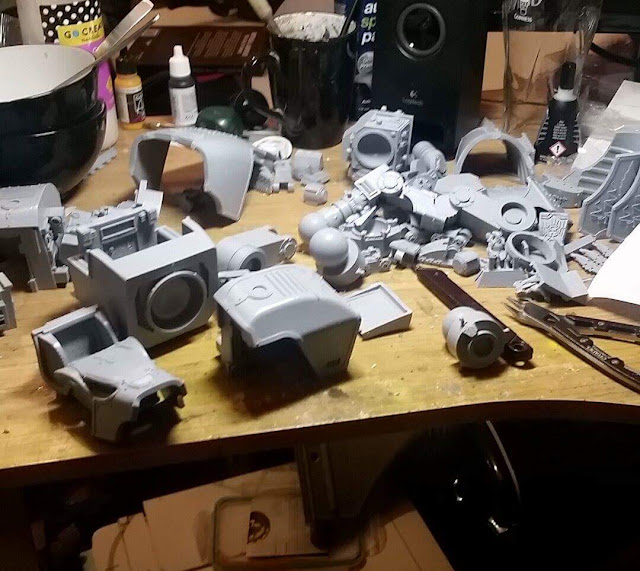 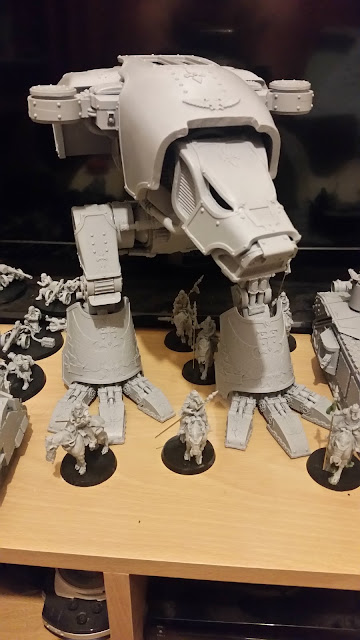 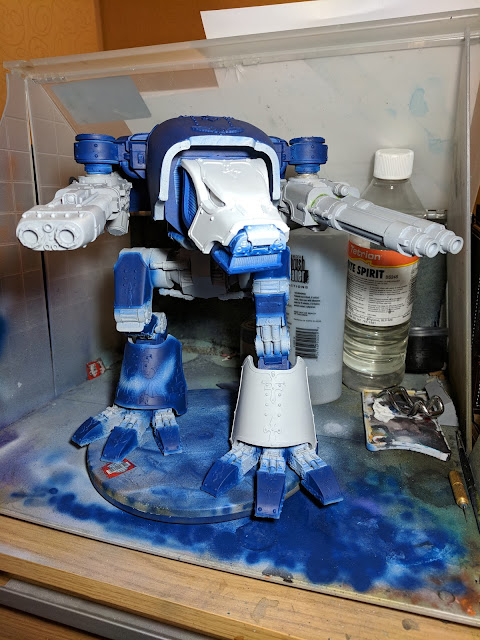