Owner: Adam R.
Location: Terra, United States, Missouri.
Comments: One of a few Titans to be passed down through generations within the same bloodline, Lunae Irae has always been commanded by a Female Princeps, which is by itself very unusual. In command of Astorum Battle Maniple Starspite, being an odd mix of Titans itself, they continue to wage war upon the foes of man across the galaxy.

Additional non story comments, this titan is the third of three, a Warhound, Reaver, and this one purchased, built and painted by me, with a lot of WIP photos once I can find a decent way to send them. 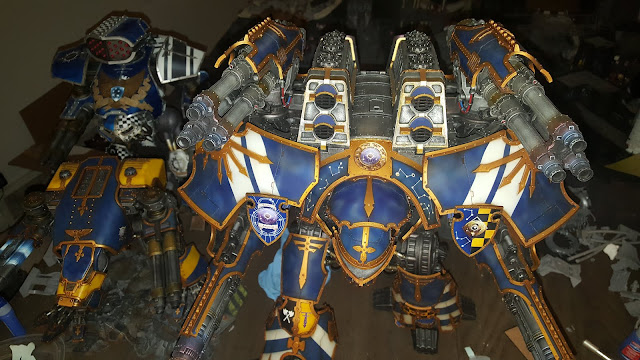 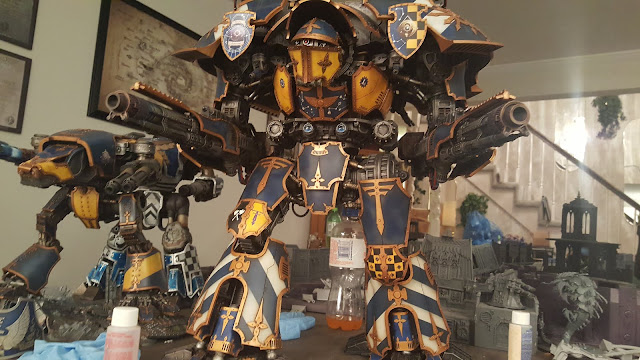 A mighty engine ready for war! 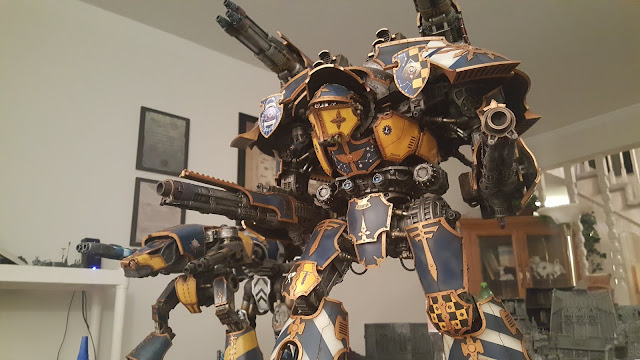 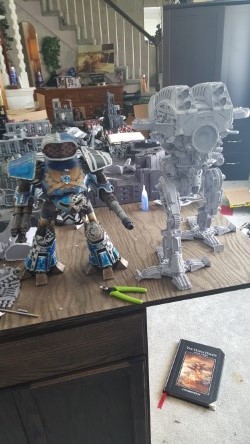 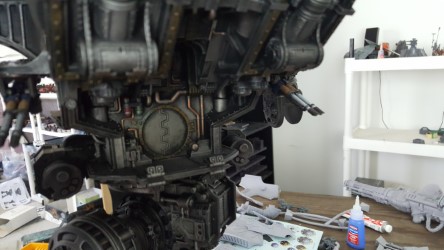 A lot of work and time was put into this lovely project. 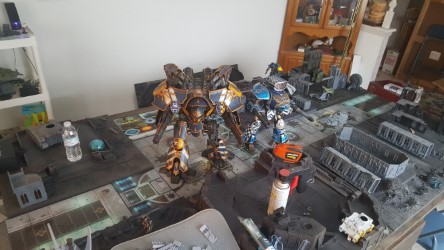 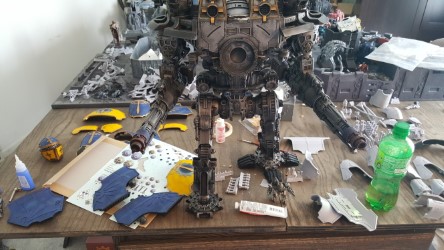 Painted in parts with weathering started early and a lot of thought into Warlord.