"The fifth brave Knight Scion is the formidable Sir Redscorps.  Painted in the colours of one of the most tragic of all Knight houses of the Horus Heresy (And my personal Favourite - Col.Hertford)!  A house of avarice and intrigue which was ultimately to betray the Emperor and be reaped in dark compliance by Mortarion himself." - Titan Owners Club 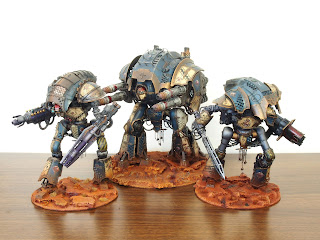 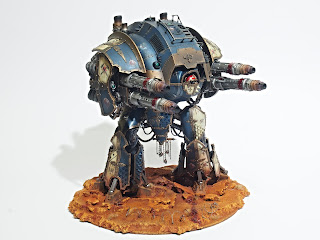 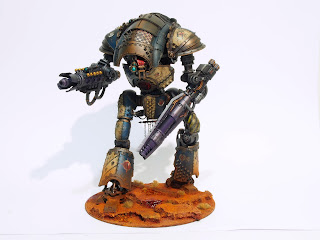 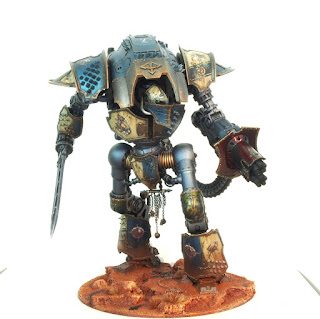 Titan Allies: No, but I hope to soon. Keeping my eyes open for a second hand Reaver to do up as a new one is a bit out of my price range.

Comments: I’ve only just finished off this banner of knights with the Castigator this week, but the Porphyrion and the Atrapos have been fielded alongside my Death Guard for a while now as Lords of War. The Porphyrion has proven to be a total menace on the battlefield and has laid waste to many tanks, walkers, infantry and even a kicked a Primarch in it’s glorious career.

A few custom touches for the Traitor engines come in the form of chain and skull hip-banners as well as hand cut pyramid studs from Plasticard. I went with more of a dull metallic blue for my guys than the grey and black ‘shadow’ as I’ve seen on other Makabius stuff too. The bases are made from cutting discs for a grinder with the Porhpyrion sitting on a 230mm disc. 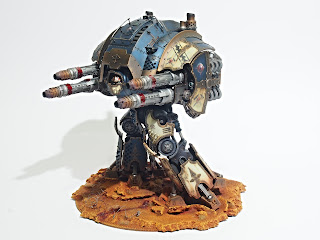 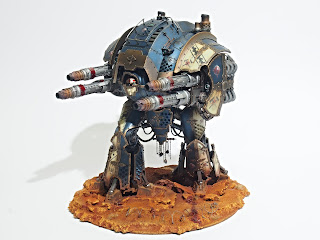 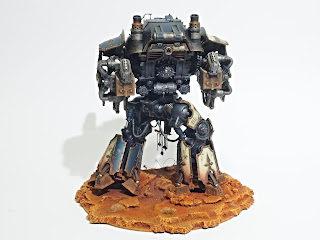 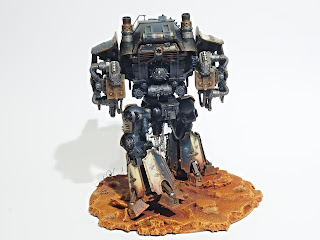 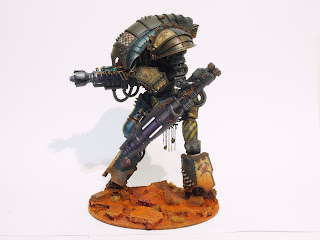 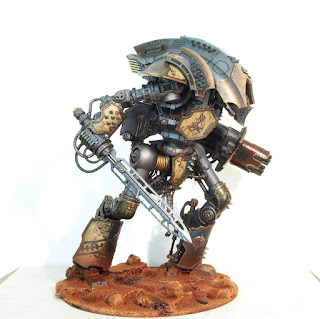 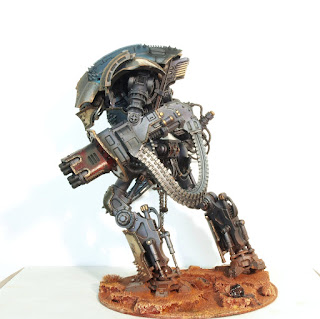