"The fourth brave Knight Scion is the Indomitable Sir John.  The largest banner thus far and a second from the noble house of Raven!  The back stories are very well fleshed out too!" - Titan Owners Club

Knight Scion: Noble Owen Zastava, Knight Crusader "Steel Reign"
Knight House: House Raven
Titan Allies: None
Owner: John P
Location: Illinois, USA
Comments: I enjoy a book series, which is where the names of the Princeps come from. The backstories, which follow, are my own.

Princep Majoris of the 3rd Exalted Court of House Raven, Harbinger has led his Court into battle for years. His Knight was brought out of the Vault Transcendent by the Sacristans by order of the Iron Duke as soon as he was old enough to prove his worth. Wrath is the only Knight in the 3rd Court to wear chevrons, as a mark of respect from the other Pilots. 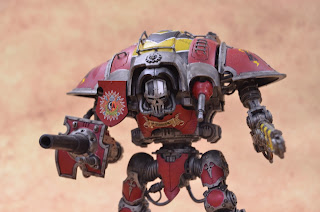 Knight Errant “Hunter’s Fury”
Baron Sam Haven
Harbinger's oldest friend, Sam turned down his own Court to follow his friend into battle. Countless times, on countless battlefields, Fury has battled side by side with Wrath, both Pilots and Knights seamlessly melding into the perfect weapon of their enemy's doom. 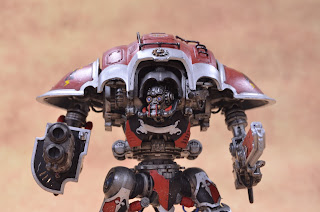 Knight Errant “Flame of Victory”
Noble Milo Anderson
Taken under Harbinger's wing as a new Knight pilot, Milo has been by his side for many years. His Knight’s Machine Spirit, is strong-willed, and must be kept on a tight leash, which Milo has learned to handle over time. Sometimes though, he let's Victory have it's fun, much to the consternation of his peers. 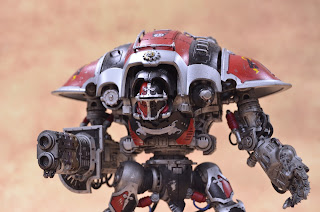 Relic Cerastus Lancer “Lady’s Vengeance”
Baroness Holly Newcastle
Assumed the title Baroness after the battle of Hive World Ronan Secondus, during which her lifemate was killed by an Eldar Lynx. She continues to hunt the Eldar with a zeal unmatched by any Princep, hoping to find the Lynx pilot who killed her lifemate. 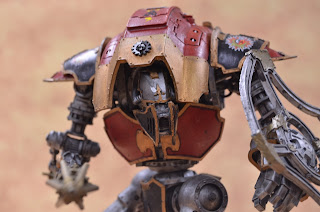 Noble Owen Zastava
Newest member of the Court, he inherited his Knight from his uncle after his death, as there was no living direct descendant. Reign is a ranged weaponry platform, and as such, supports the more assault based Knights. With Reign’s centuries of service to the Keep Inviolate, Owen is still trying to prove to the Princep Majoris that he deserves such a valuable Knight. 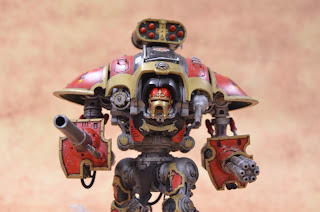 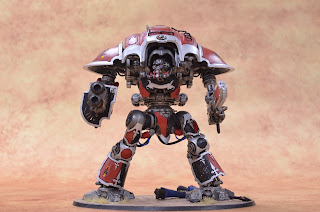 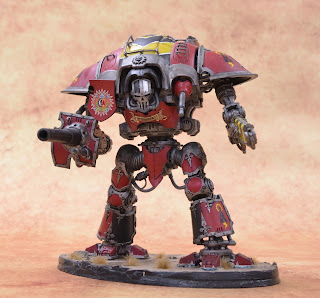 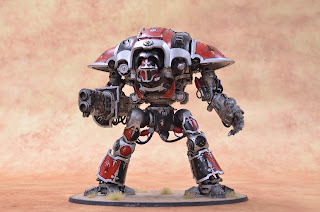 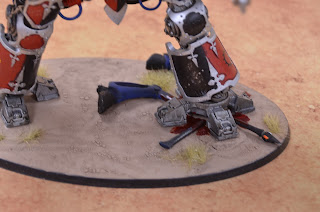 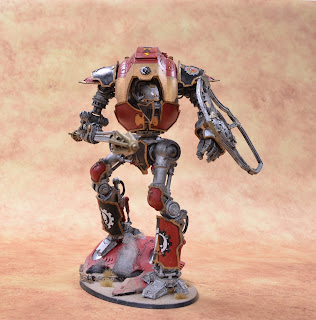 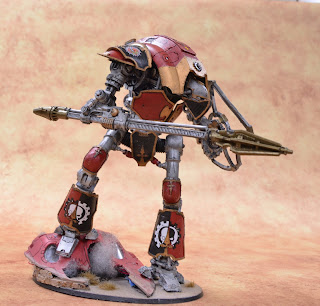 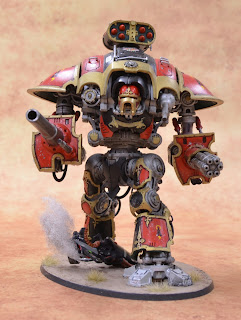 To register your painted three knights, just send the Banner details to use a TOCKnightscion@gmail.com
Posted by Col.Hertford at 12:00:00