Comments: My first go at building a resin model this big, and what a challenge! I decided to keep the position simple to not make too many building mistakes.

The idea of the Knights of Fureans comes from the following idea. What happened to those loyal to Horus but who realized the full danger of allying themselves to chaos? Which gave me a scenario in-which two brother princeps once part of the Legio Fureans flee Horus’s forces during the beginnings of the rebellion. They travelled initially with two Reaver Titans named « Strength » and « Honour », a hand-full of tech-priests and Skitarri warriors. Once far enough from the conflict they found themselves a system not on their imperial star-charts and the colonisation began. The brothers re-named them selves The Knights of Fureans, no longer loyal to the ideals of the Imperium, at war with the forces of chaos they strive to defend the human race where ever it is in danger. The brother Princeps were so ashamed of their actions during the rebellion that they decreed that no Princeps should be known by their names only the blessed machines are to have that honor. {Great background, now you need Retribution too (Warlord!)} 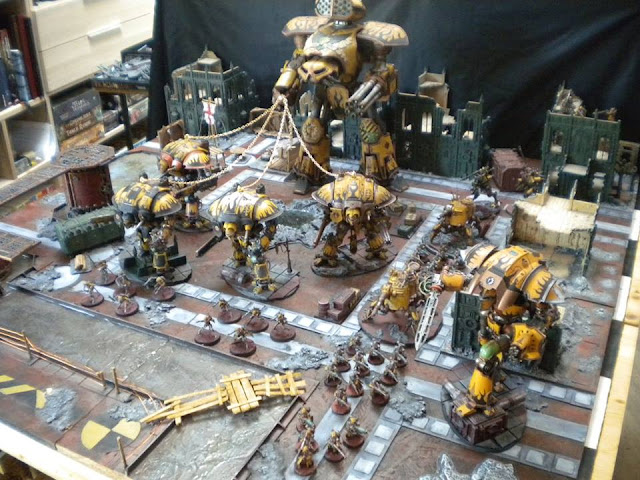 What a terrifying force! An absolutely stunning force, including the Skitarii element 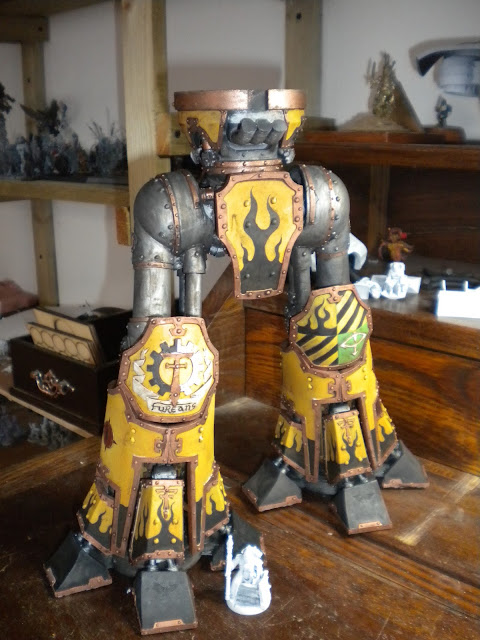 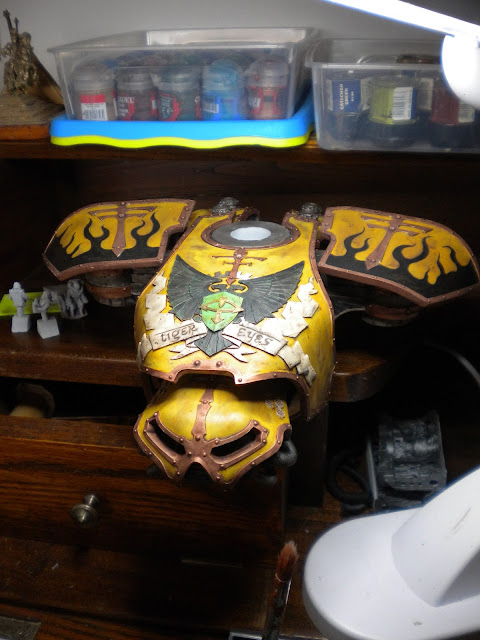 The weathering does compliment the engine well. 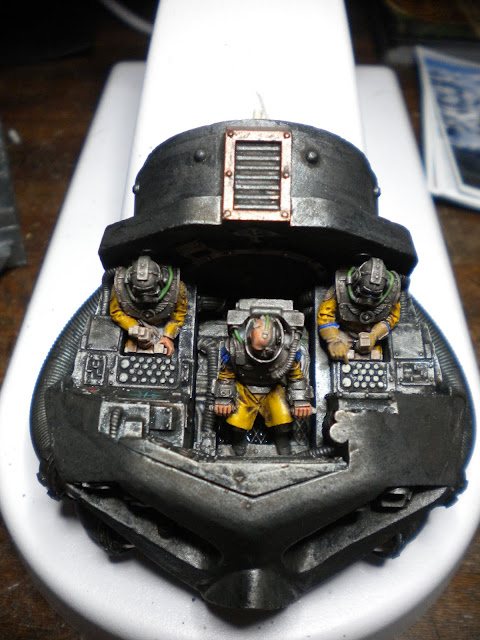 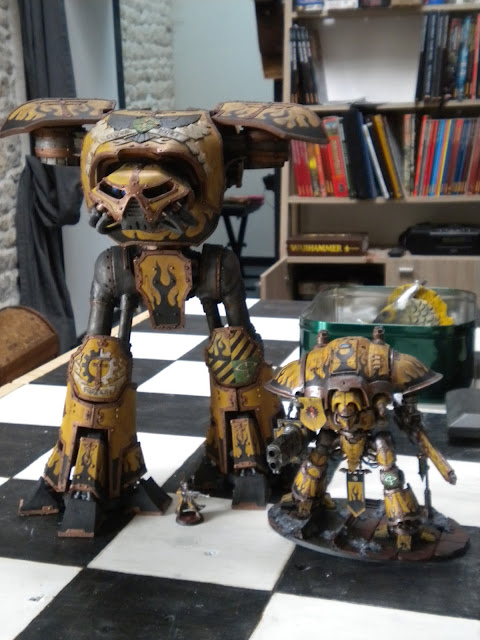