Owner: Rose B.
Location: Louisiana, USA
Comments: Craftworld Amethyst is unique among the Aeldari in that its people identify many of its constructs, equipment, and other items in a tongue that even the most simple of mon-keigh can understand.  This Craftworld almost seems to be the spiritual successor to both Craftworlds Iyanden and Saim-Han in equal measure, masters of grav-mounted warfare and wraithhosts alike.  Why this came to be is unknown, but foolish is the commander who ignores one element of this Craftworld’s way of war.  The wraithhosts make up a large portion of Amethyst’s fighting forces, and the trio of Wraithknights known as the “Triumvirate of Spirits” are often found where the fighting is at its most brutal.  None among the Craftworld know the names of the twins that pilot or power these war engines, and only the names of the constructs themselves are known.

Tex, an accomplished Knight killer, leads the formation, her Ghostglaive proving more than a match for even the toughest adamantium as her red-hued Wraithbone bears the primary colors of her Craftworld.  Nova mirrors her sister-construct with reverse colors and a change of primary weapon.  Ember, the youngest of the constructs, burns with a hot fury borne of the pain from the spiritstone inhabitant’s recent death and the grief of their twin.   The wrath of Khaine runs hot in the bellicose Ember, her Wraithbone so dark as to almost be black and her heavy Wraithcannons unleashing fury upon the foe.

All three Wraithknights were painted by Shadow of Louisiana, USA (And I had fun doing it- Shadow).

The Triumvirate of Spirits, ready for war in the Craftworld's name. 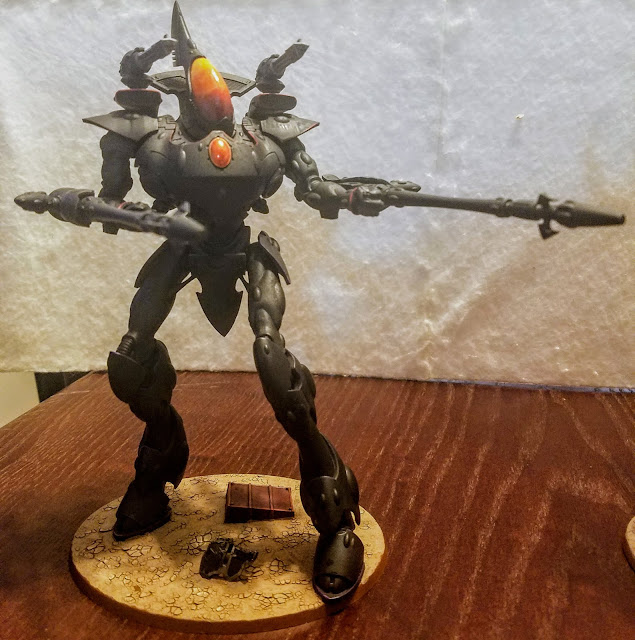 Ember is the newest member of the Banner, her heavy Wraithcannons ready to take a toll on the enemy as she braces to fire.  She features a different look than her sisters, with a repose of the legs and a few things left off to give her a sleeker appearance. 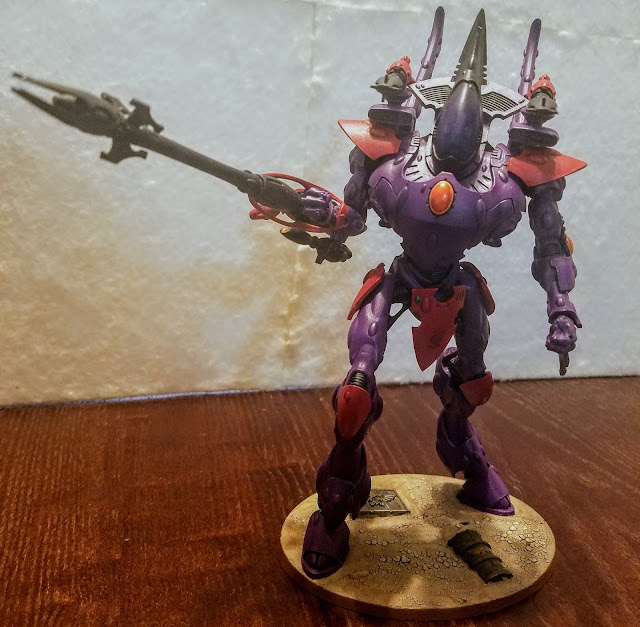 Nova offers close range fire support for the Banner, and is the mirror of Tex.  The starry night sky adorns her helmet plate while she stalks the battlefield. 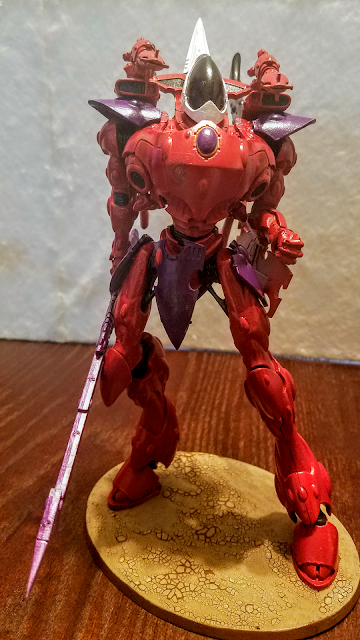 Tex is the original Wraithknight and the leader of the Triumvirate of Spirits.  The first of Craftworld Amethyst's Wraithknights, she's claimed many Knight and other foolish foes.  She is ever at the fore of a battle she partakes in.