The big Citadel Knight Errant/Paladin kit dropped and the 40k community lost its mind years ago.  2018 rolls around, and probably the cutest 40k kit to ever drop (seriously) hits the scene for Adeptus Titanicus.  Today, we look at the new Adeptus Titanicus Imperial Knights.


Like the larger Warlord Kit that releases alongside the Knights, the cover isn’t the usual black and blue facing that most of your newer Citadel products come in, but a stylized Questoris chassis Knight.  The back cover features model examples, a selection of house colors, and some imagery. 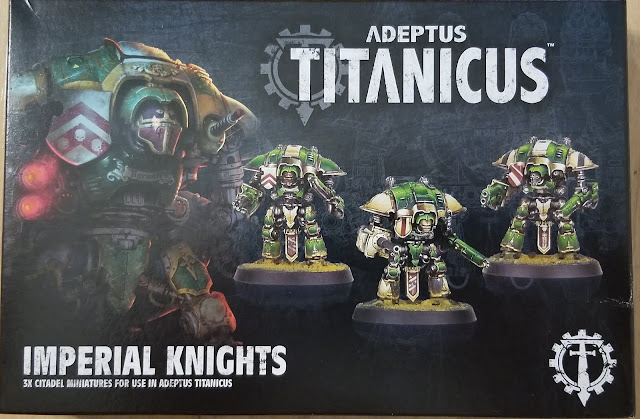 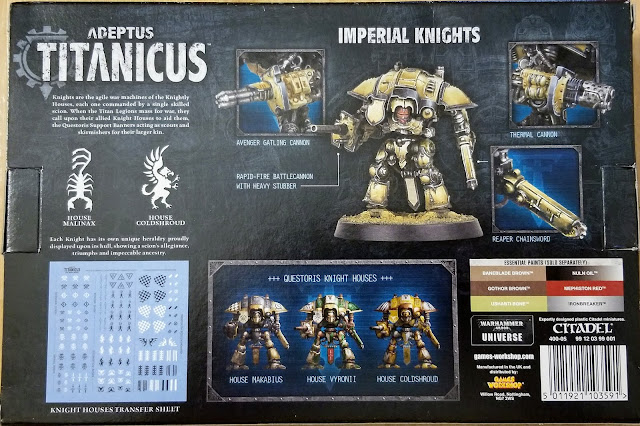 The instruction booklet mirrors that of the Imperial Knights, though not quite to the same level of detail as the full-sized kit.  Like the Warlord kit, it also includes paint schemes and decal numbering schemes for some of the Knight Households in Adeptus Titanicus (Coldshroud, Makabius, Vyronii, and Malinax.) 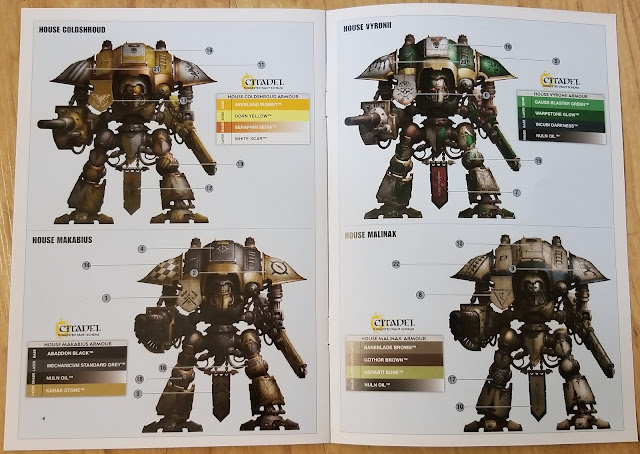 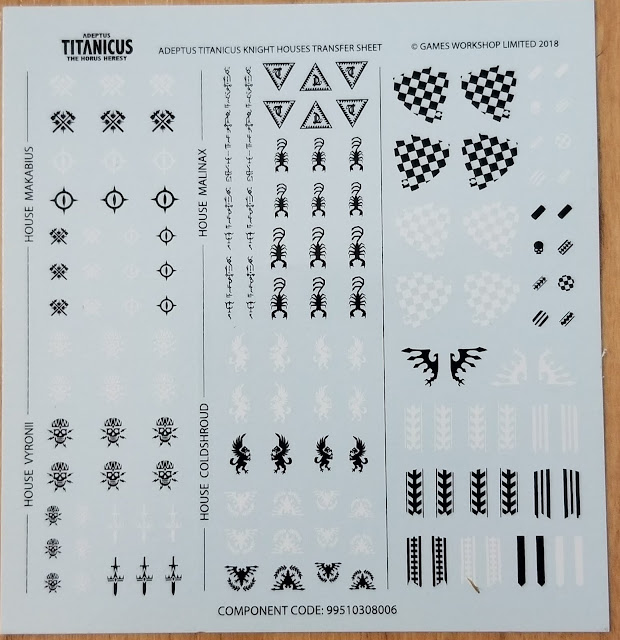 All three Knights come on a single sprue!  Yes, one sprue fits all three models.  Even more shocking is that these models have an impressive amount of detail.  While the hoses and ankle joints don’t look as true to their original counterparts, this is to ensure the parts have stability and aren’t likely to snap off just by being looked at.  Otherwise, you can tell exactly what the exhaust stacks look like, which armour panels are which, and even see the flourishes like the fleur-de-lis symbols. 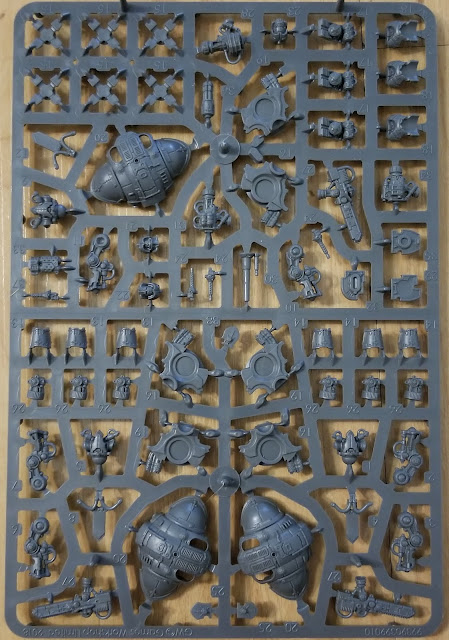 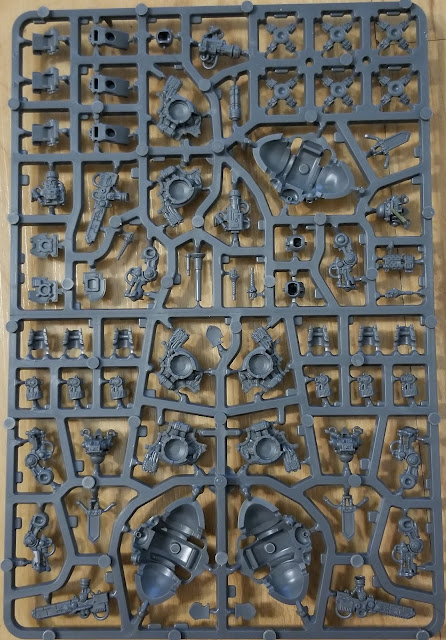 
We’ll call out the kit’s biggest flaw from the get-go.  You’re locked in to the weapon loadouts!  Want to run twin avenger gatling cannons like you see in the artwork of the rulebook?  Forget about it.  Want to use more than one copy of a weapon?  You need multiple boxes.  You’re stuck to the battle cannon, thermal cannon, and gatling cannon with a reaper chainsword on each Knight.  Hopefully later versions of this kit will give you those options.


Throw the flaw out of the window and these little guys are a pleasurable build.  Put on a good audio drama (Honour to the Deal for example) and go nuts.  After about an hour and a half all three of them are done.  They really do stand about the height of a Cataphractii Terminator and you won’t help but want to compare them to the original kit.  There’s a lot of character to these models for their size as well, which helps. 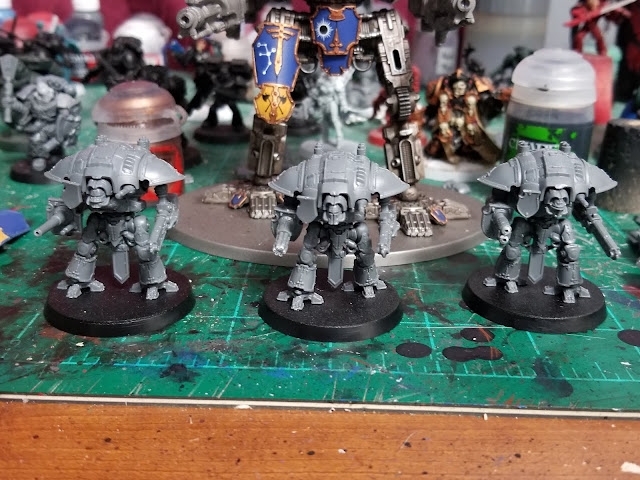