Owner: John H
Location: Swindon, Wiltshier, UK.
Comments:  As you can see I took the inspiration from the old knights codex.  There was an armies on parade comp coming up last year and decided that as the knights are such a good kit along with the background in the codex and the colours are very similar to Legio Astorum it all fitted in nicely. I tried to copy the codex with all the decals and details. the only extra part was the forgeworld up grade kit on Tybalt. Not all of it just the shoulder pads and chest plate, the rest didn't quiet fit in. 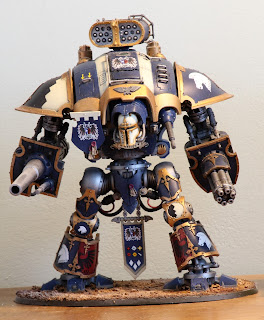 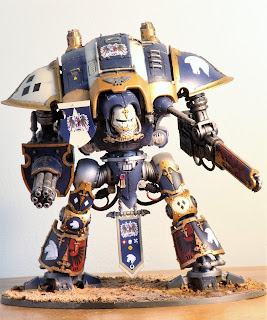 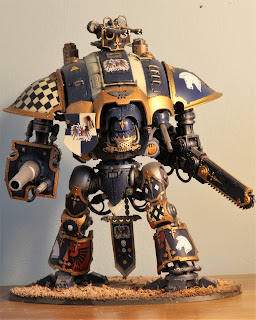 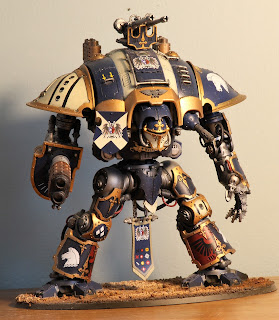 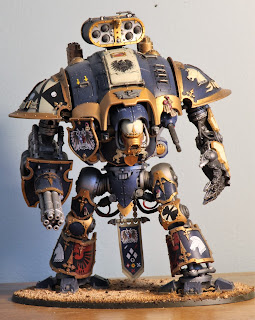