Today's post is about the the newest member of the club. Sir Samuel of Vermont has shared his very nicely painted Freeblade force. - TOC

Comments: “A band of Legendary Freeblades that were formed under Malcador the Sigilite in the same manner as the Knights-Errant; These questing blades seek other freeblades in an effort to unite them under the banner of the Emperor or slay those who have turned to Horus. Their names lost to time, only legends of their knight armors striking out in the defense of mankind linger in the far reaches of the galaxy where hope has no home.”

Knights are my favorite part of Warhammer lore and their kits are fun to paint and customize. As shown with my Crusader and plastic Cerastus conversion. I'll be adding more Armigers 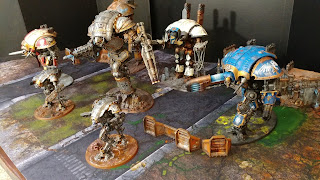 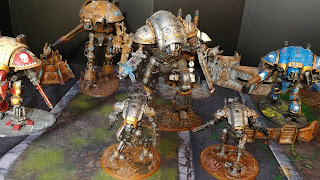 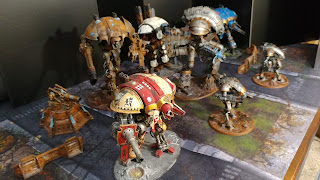 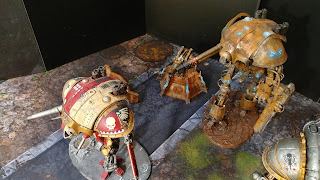 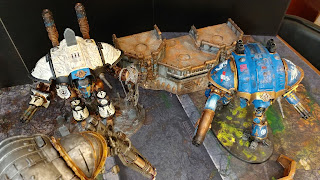 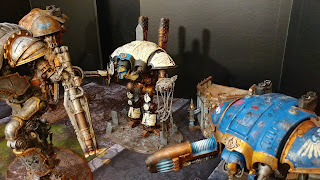