Owner: Paul-Eloi R.
Location: Champagne-ardennes, France
Comments: First of many I hope ! Here is my Instagram page to follow it's creation: https://www.instagram.com/p/BmbBoRehfvG/?utm_source=ig_share_sheet&igshid=1r2bcy7p6by0g

"Terra first in all things, the Legios second and finally Mars. As every oath will need support but every support will mean fealty." Legio's motto.

"Sworn protectors of My throne. May their watch be eternal." The emperor of Mankind to the Princeps Primaris Odil Skanh.

The Legio Adamante is sort of a black sheep amongst the Titanic Legions and this for a lot of reasons. First, its origins remain shrouded in mystery, first record dating from the ullanor campaign in these words "...three Warhounds painted in a glorious red highlighted with golden leaf were reported as having engaged Orks' gargantsin the later stages. They were blessed with the highest authorizations and none questioned their actions. Cruelly efficient though they refused to cooperate with other imperial units requesting their help only acting with elements of the Legio Custodes and 7th legion." The records were later renamed "Legio Adamante Ullanor's actions" by unknown Imperial Authorities.

The Legio then saw its number of actions gradually increase but always in coaction with the 10000 or the 7th. The more the legio waged war across the segmentum solar, the more it's distinctive Characteristics appeared clear and made them stood apart from the other legios. Their number was small, never fighting with more than a handful God-engines, and generally comprising a lot of Scout classes Titans. Moreover they always acted only as support for their allies, never engaging alone on titan fights. Their goal seemed to serve as a complementary force only.

The Legio Adamante stands alone as the only Titanic Legio to give its loyalty to the master of Mankind and only Him. This has severely damaged their ties with Mars and the Mechanicum, preventing them from growing stronger and having more engines. They only survive due to the privileged position of the Legio on Terra. Beneficiating from the insane technological marvels of the Custodes and the emperor's own techno-engineers. They are in a permanent balance between their imperial advantages and their Mechanicum imposed limits.

This has led the Legio to extrem acts of Courage when putting its own existence in danger when choosing to help Imperial Forces. This change of mentality between the early Legio Adamante and the modern one has often been explained as the renewal of Princeps and the arrival of fresh blood. However Imperial allies and Authorities seem to tolerate these actions of Senseless courage, even Him has not forbid or condemned them.

In the beginning of the heresy, they still battle fiercely with the legio Custodes and Imperial Fists forces. Their latest engagement in the Sol System having gained them the title of "Sworn Protectors of the Throne". 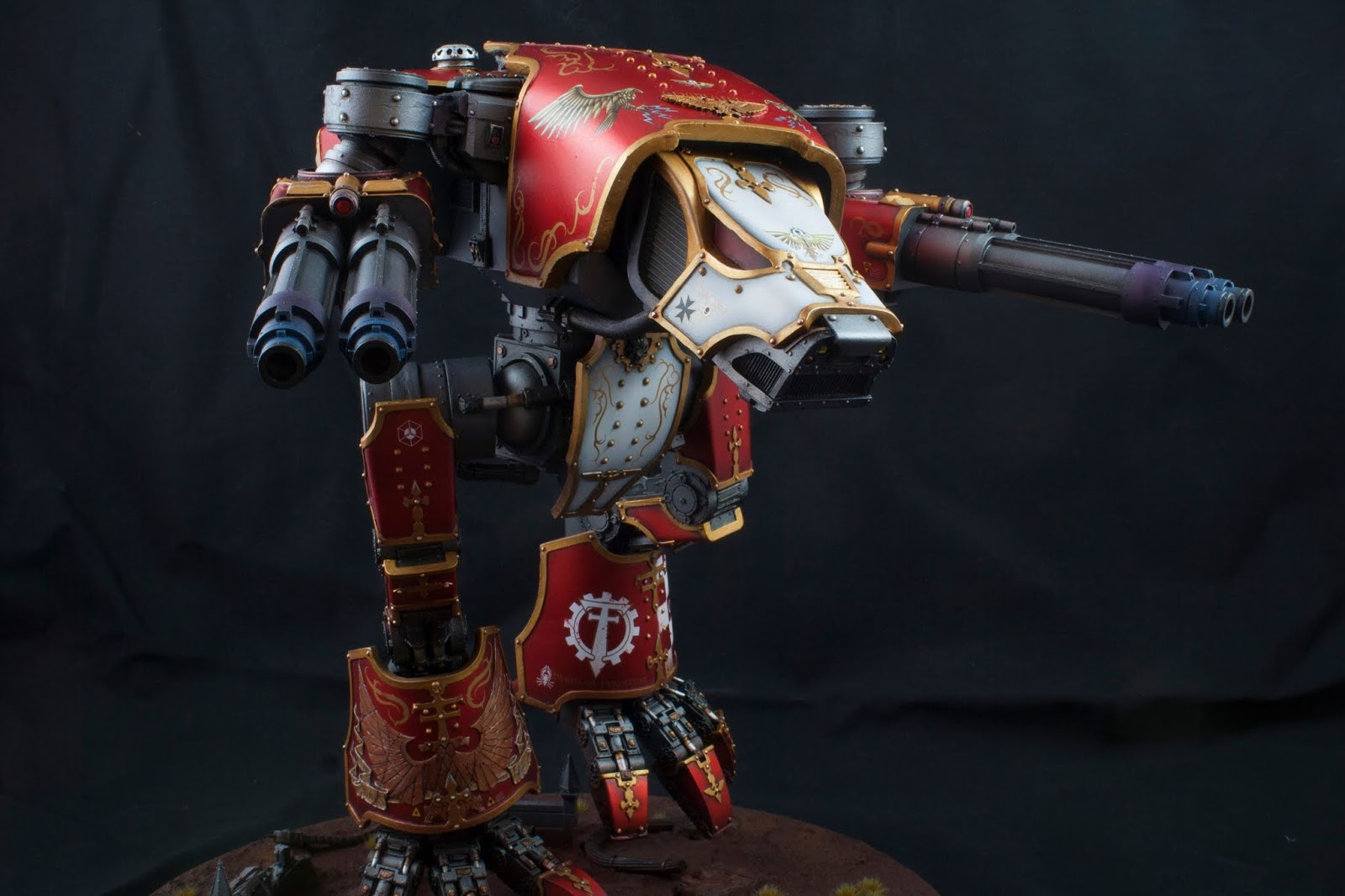 A stunning Engine. A great use of the Legio Custodes transfers too. 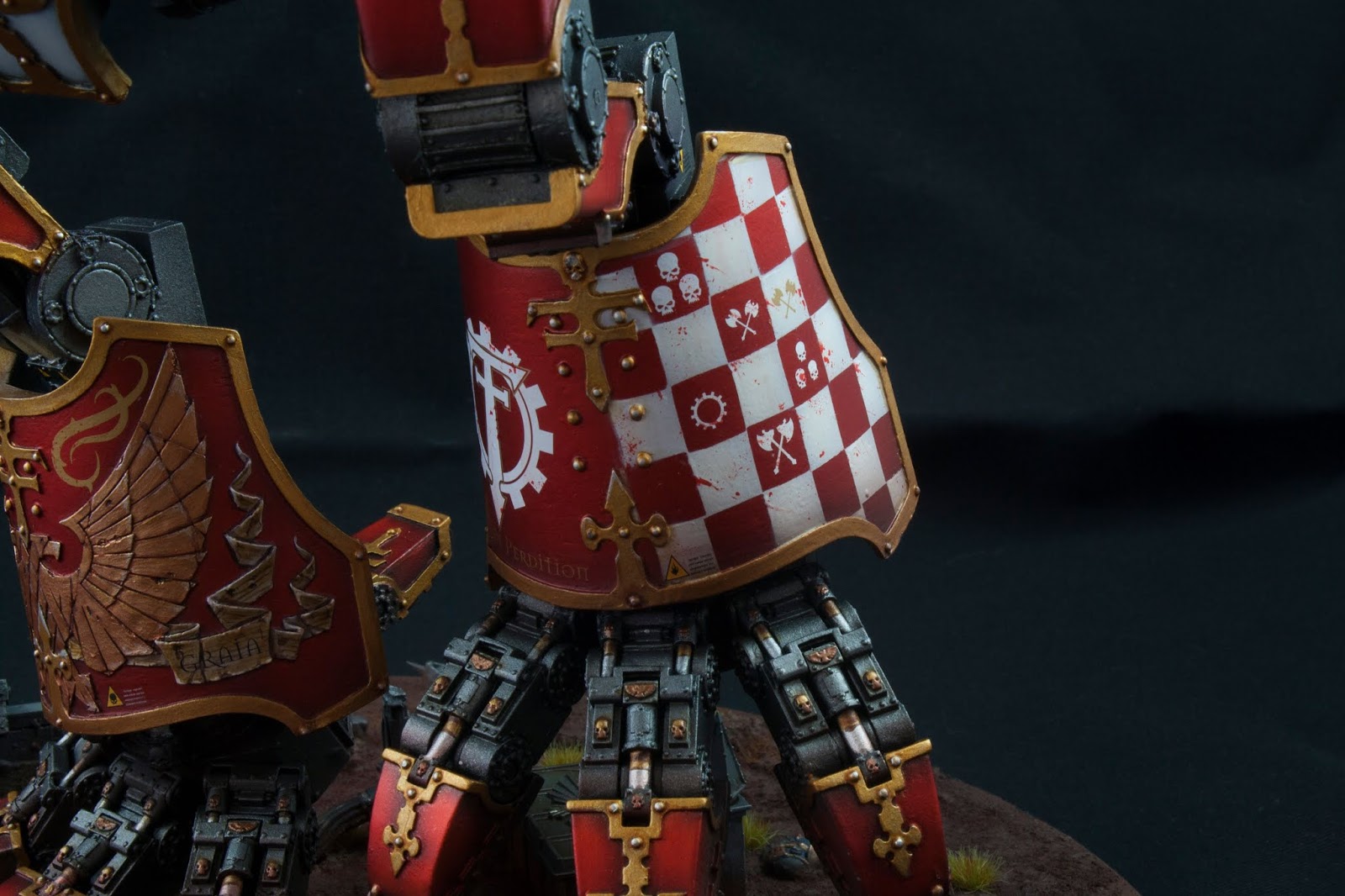 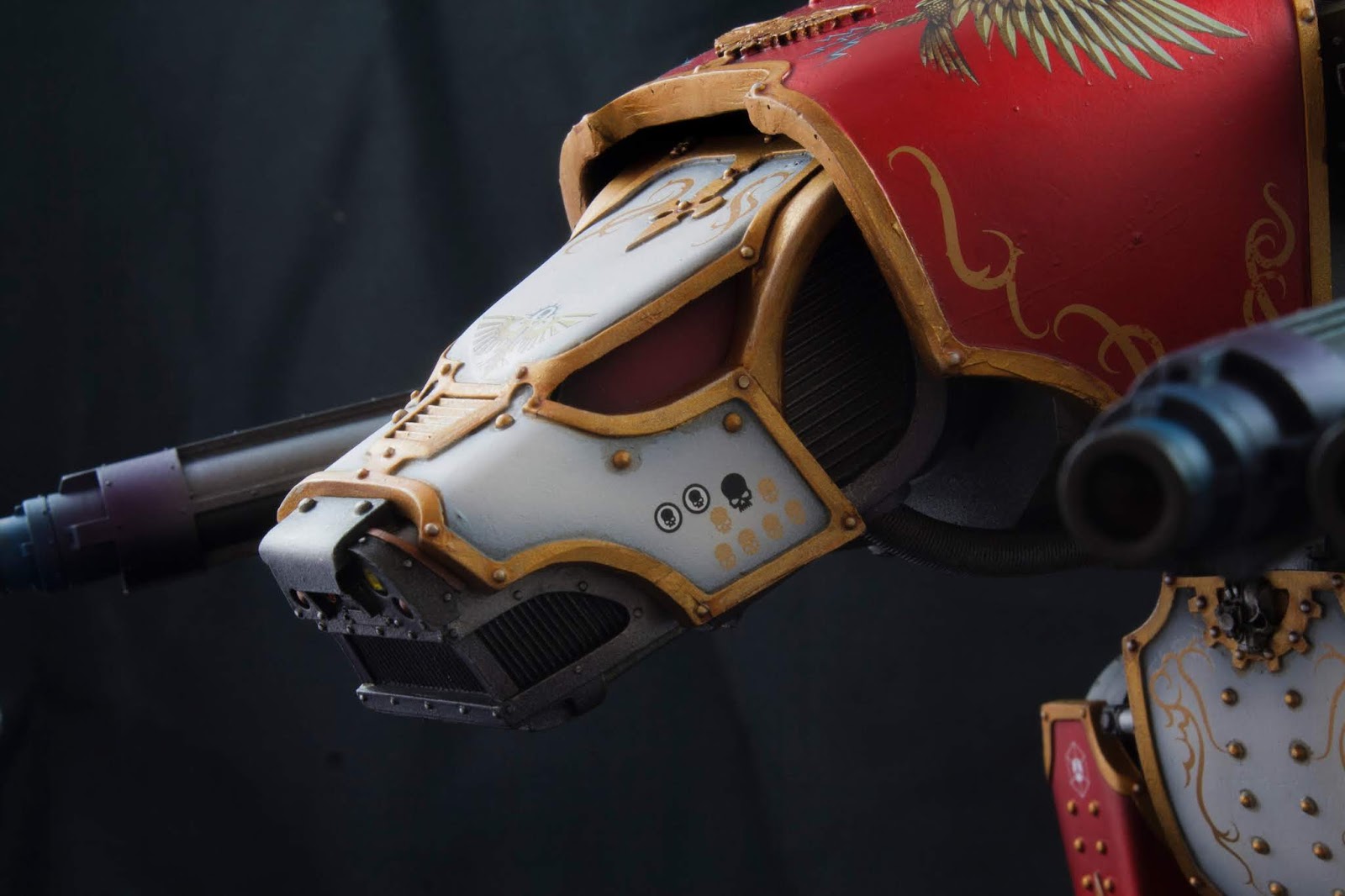 Such a regal looking Engine, worthy of her Legio's story. 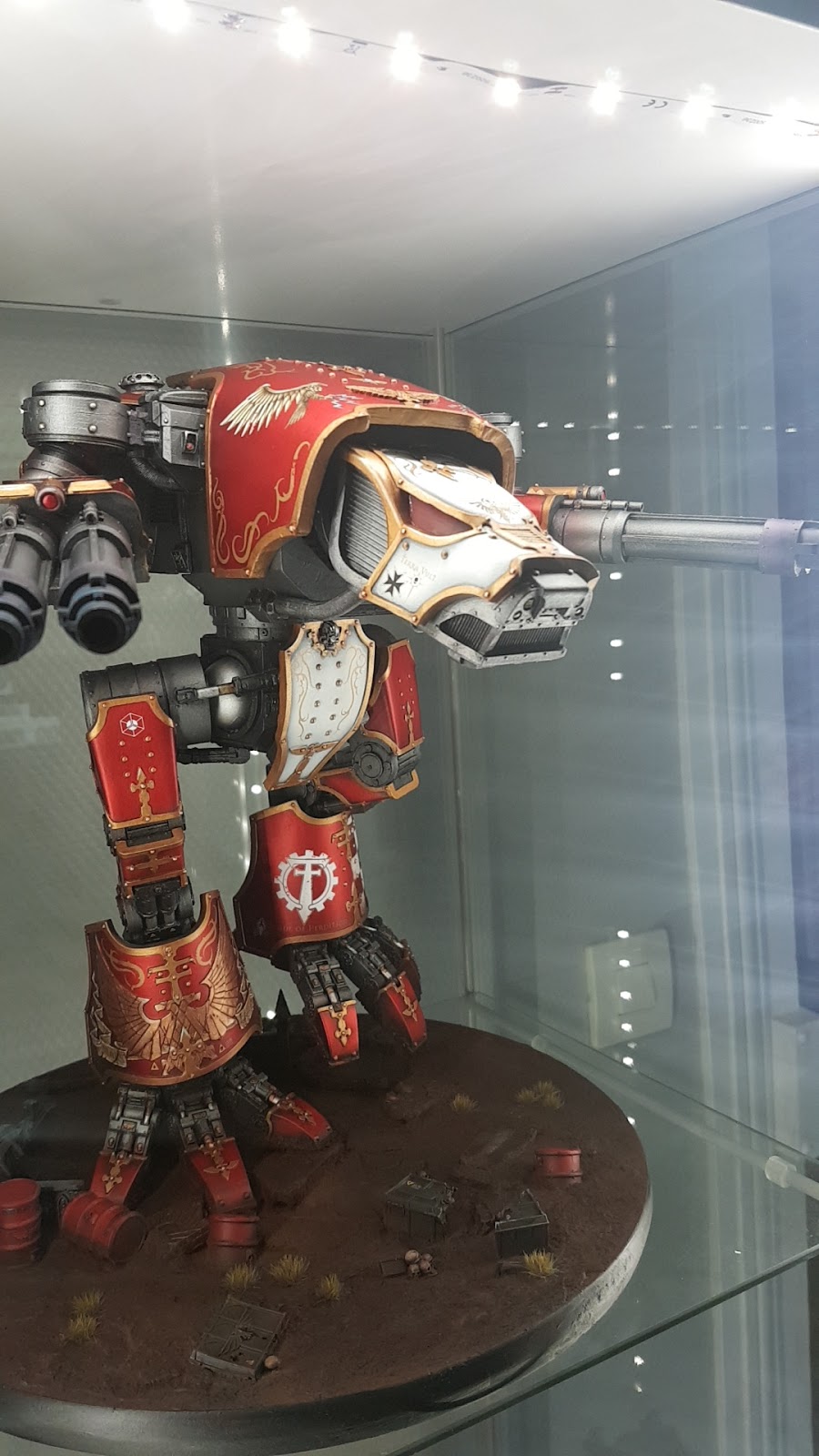 What a beauty. Hope to see more Engines in the future. 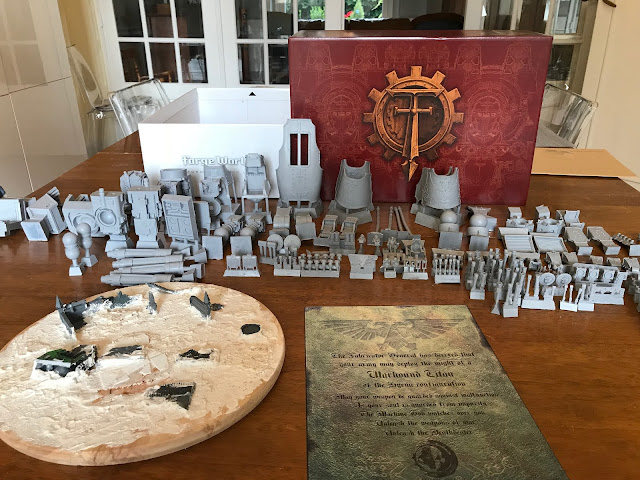 The Rites of Cleansing and Construction should be coming soon.
Posted by Shadow at 13:10:00