Comments: This Titan and all my Legio Invicta Titans were commission painted by Tom M., Markhampton Studios. Tom is a multiple Armies on Parade Winner and just a heck of a nice guy! All of the Titan's are fully magnetized and internal cockpit work and design has been done! The scheme for Legio Invicta is based of the novel Titanicus by Dan Abnett and the Titans are in Homage to Dan's supreme telling of the tale  and my first born son Maximus. The Two Reavers are the same Titan except one is a newly awakened Machine God woken from it's slumber to walk again and fight in the name of the Omnisaiah! The other is the battle damaged version... impact craters scar the cerimate and armor plating, heavy las and plasma burns have scored the plate black in places and vital systems have been damaged almost beyond repair, but Maximus Rex walks victorious!
Photos: 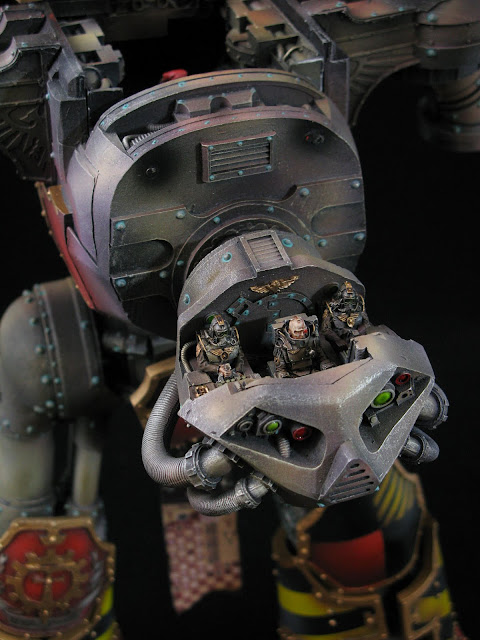 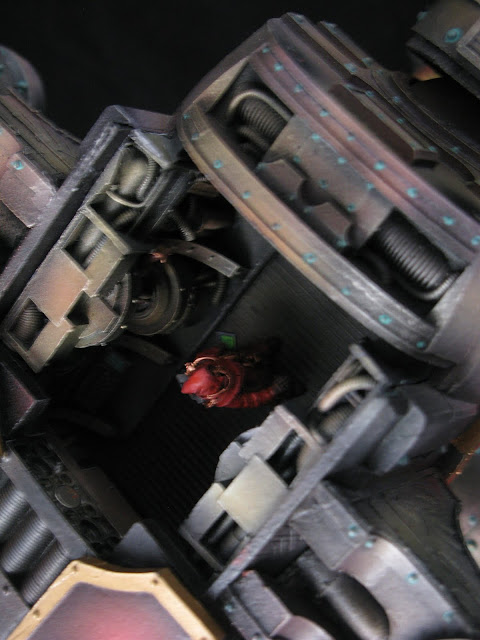 Great work on the internals. 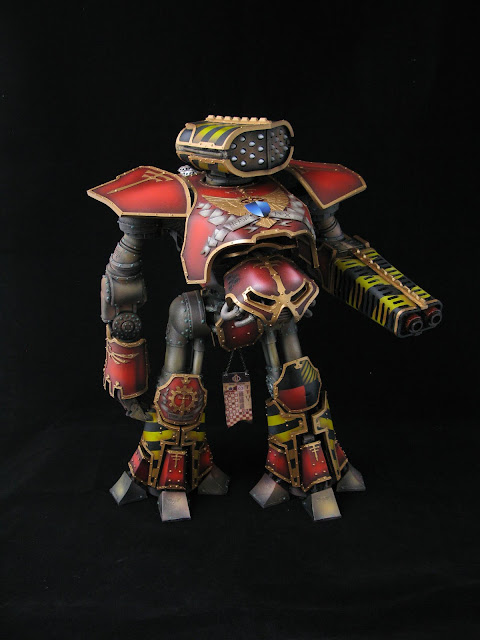 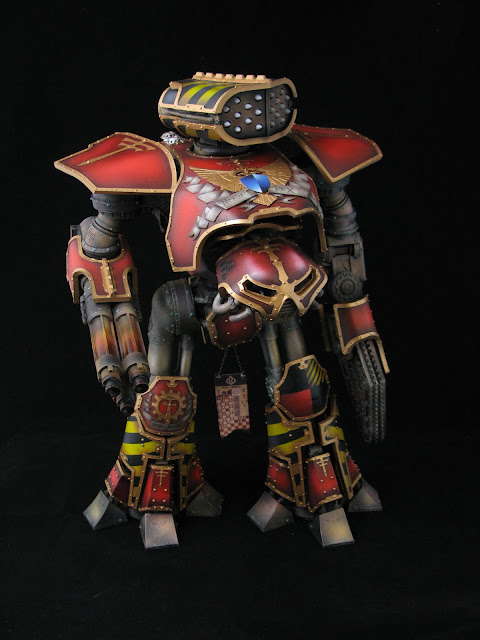 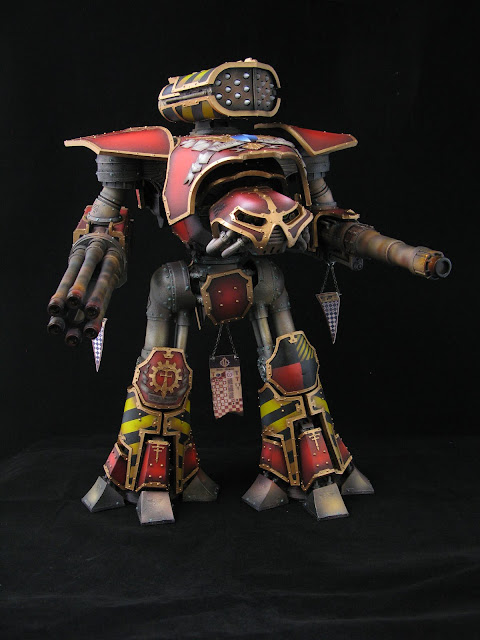 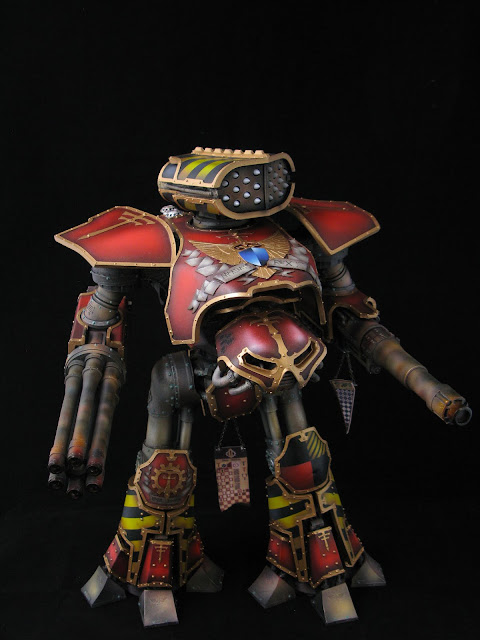 Maximus Rex is certainly prepared for the fight to come. 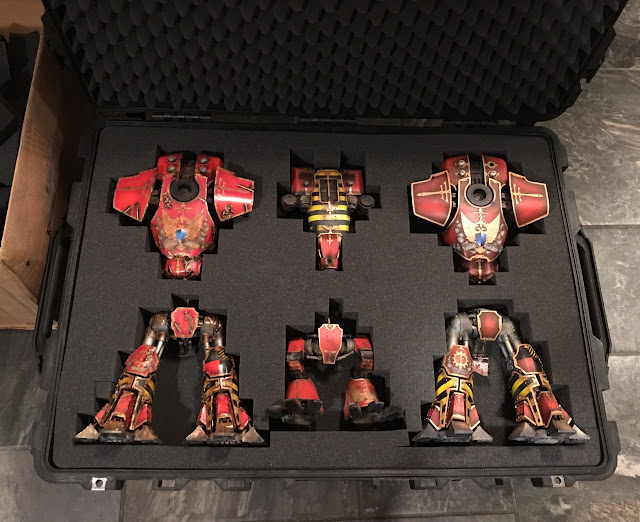 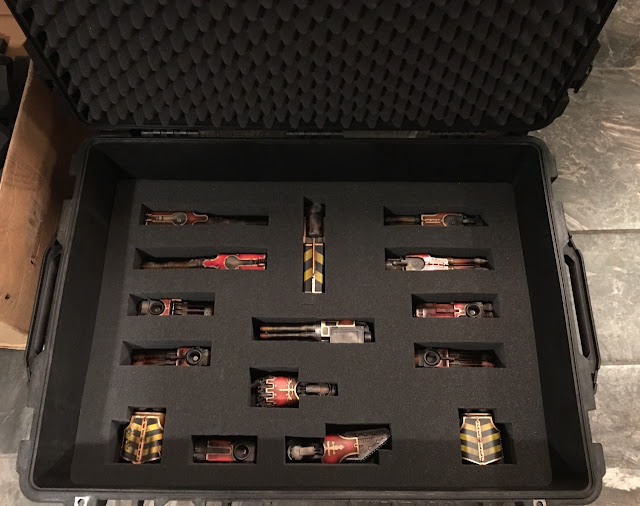 A very secure setup for the Titans. 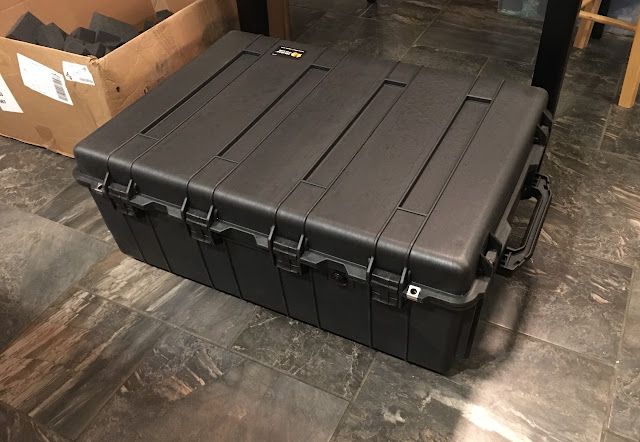 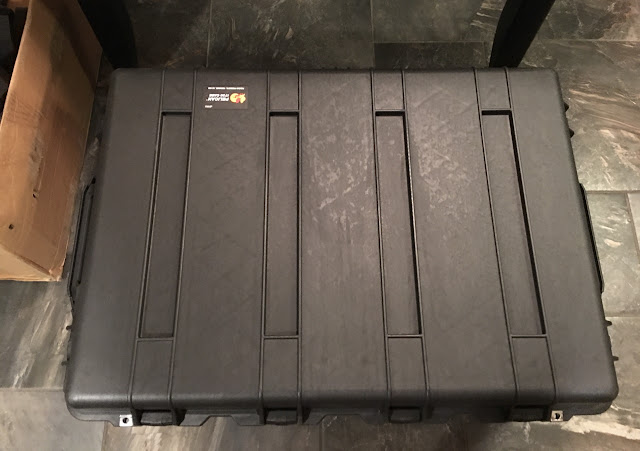