Owner: Chris “Vykes” C.
Location: Alberta, Canada
Comments: “The Cinder Wolf was originally slated to be a Reaver-class titan, but after a few sensible folk talked me into going smaller to start, a Warhound was drafted up. I got my revenge though; the Wolf was entered into the Bolter and Chainsword E Tenebrae Lux VI (2018) painting competition, and was cleaned, trimmed, assembled, and painted over a period of 72 hours. So, in the end, it was still a non-sensible project.

The interior detail was left out, the cockpit can be detached and interior details (a fully painted crew, or just internals for LED lighting) will probably get added at a later date.  A full test of the Cinder Wolf’s mettle is scheduled for some time in August.

A wonderful homage to both the Legio and the certificate number. 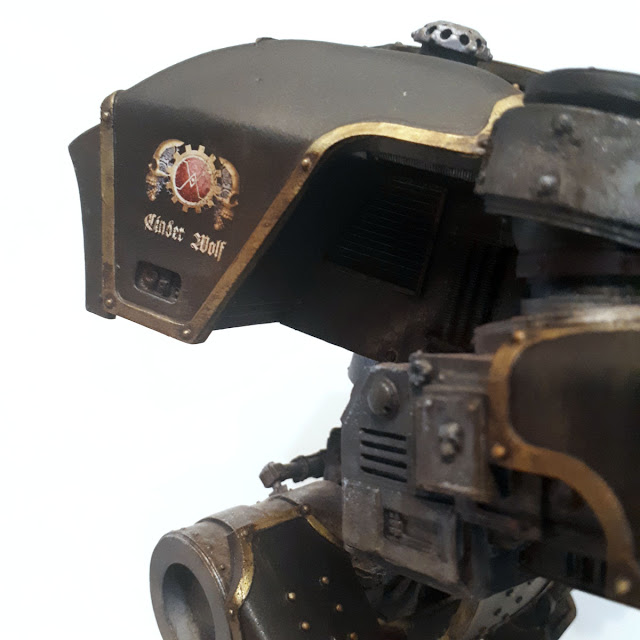 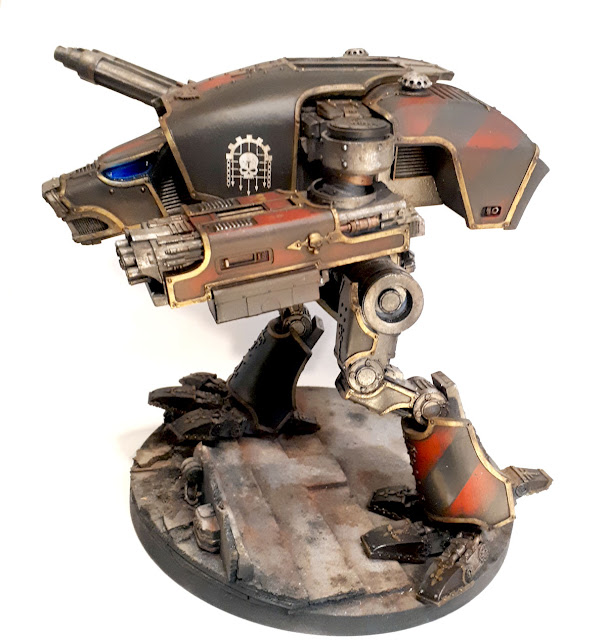 Excellent use of decals.  This engine personifies the Mortis look. 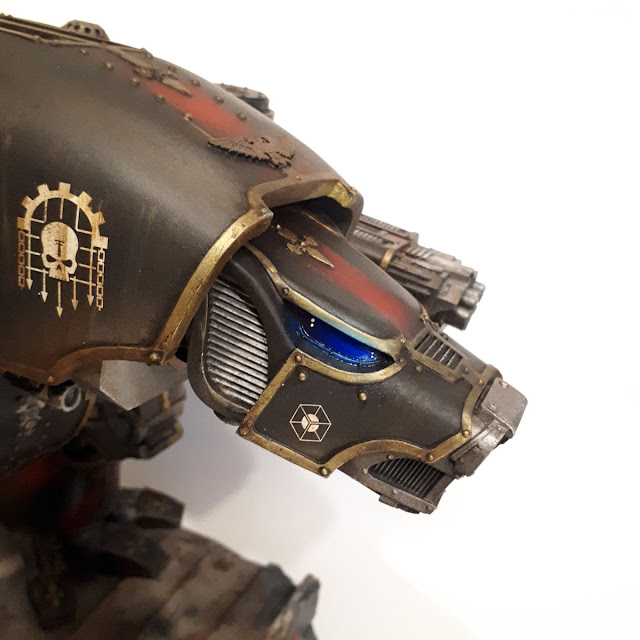 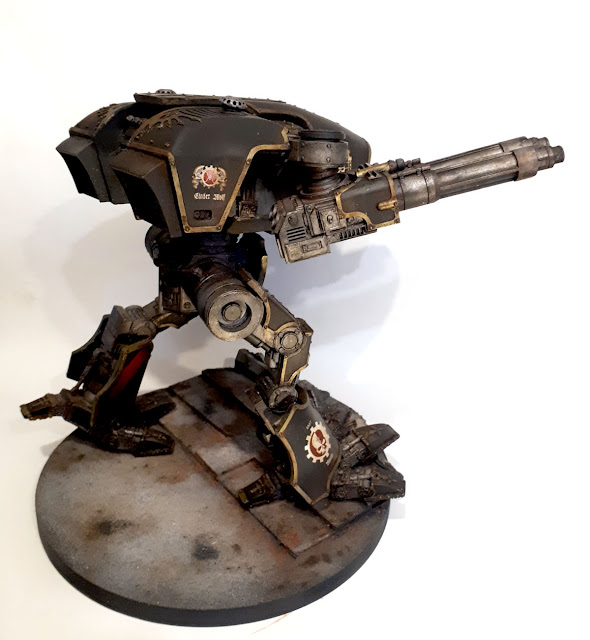 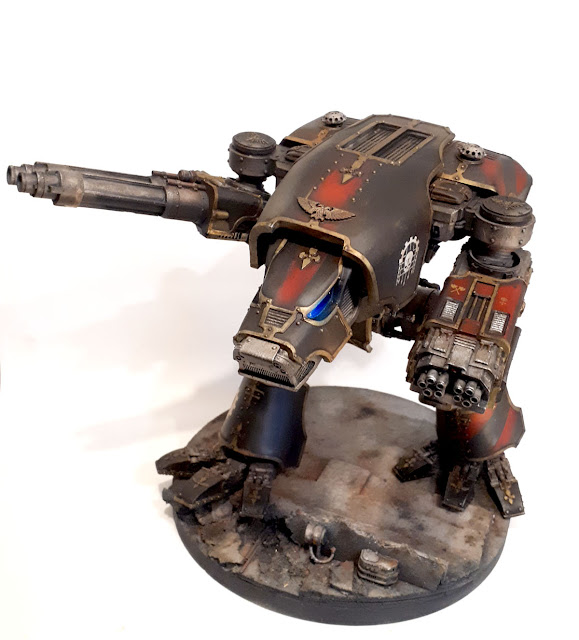 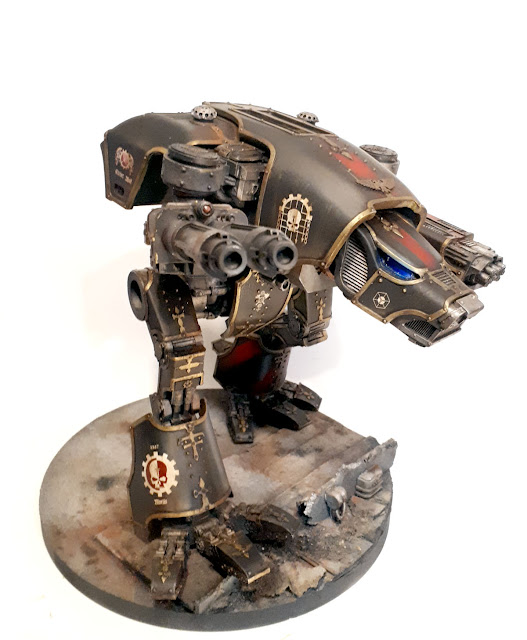 Not many things can survive being on the business end of that weapon. 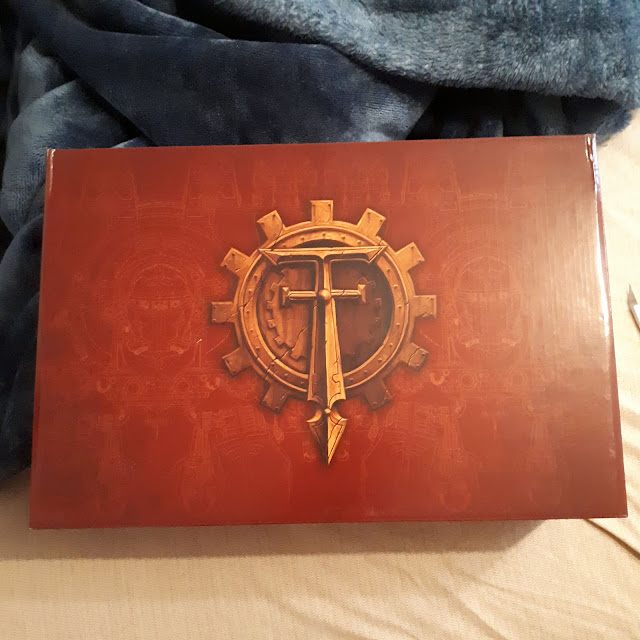 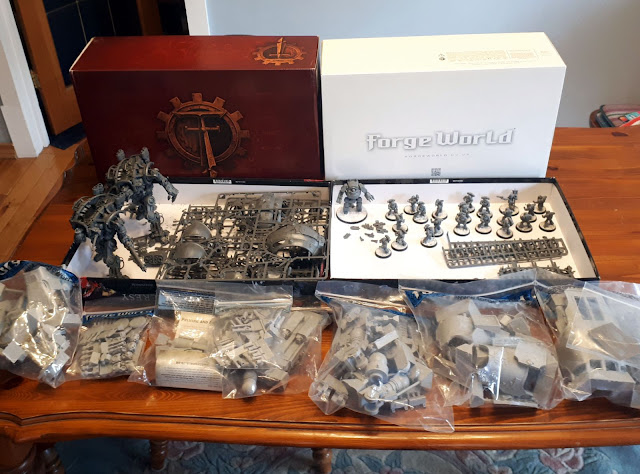 Got to start somewhere. 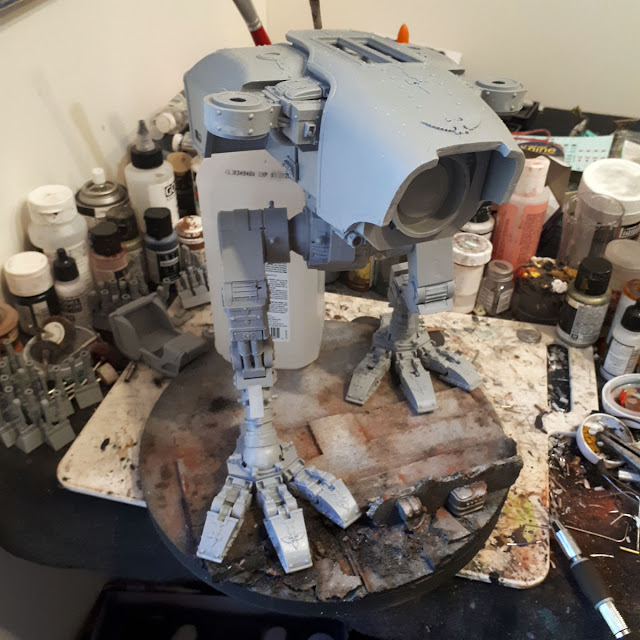 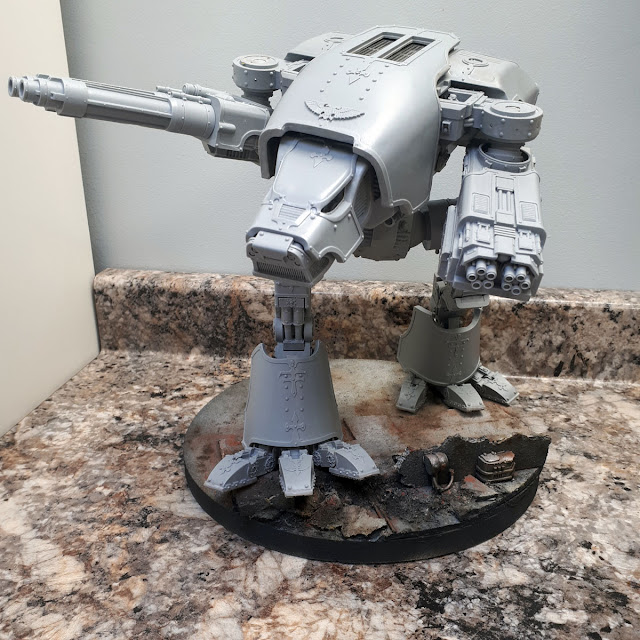 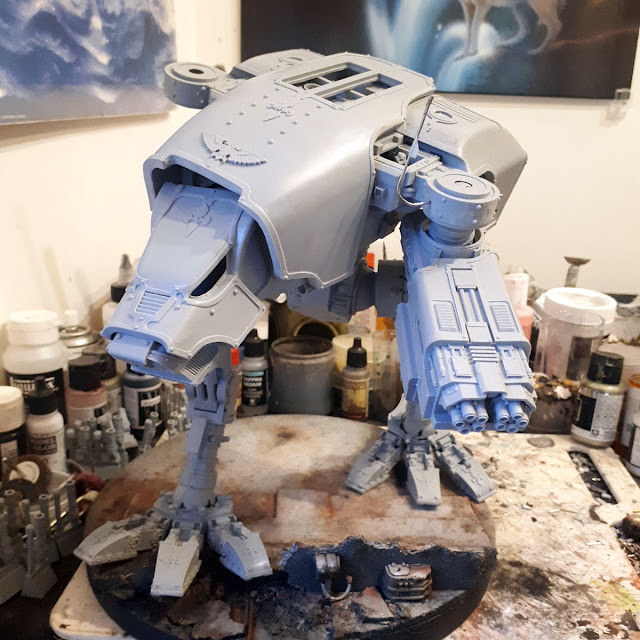 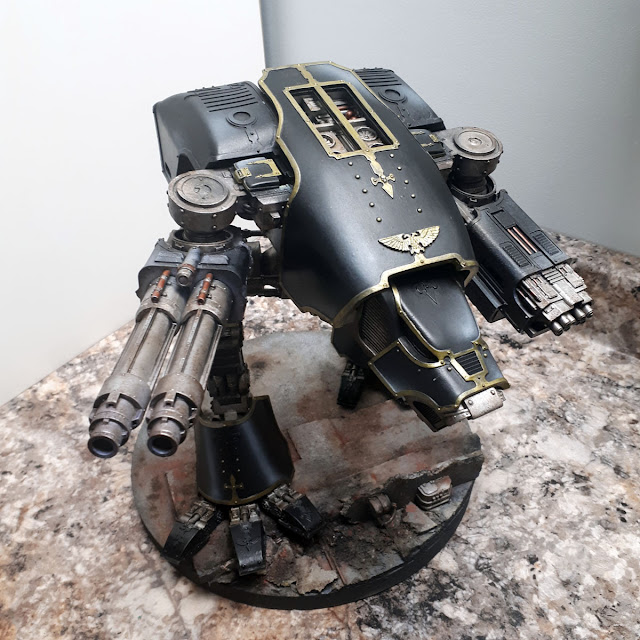 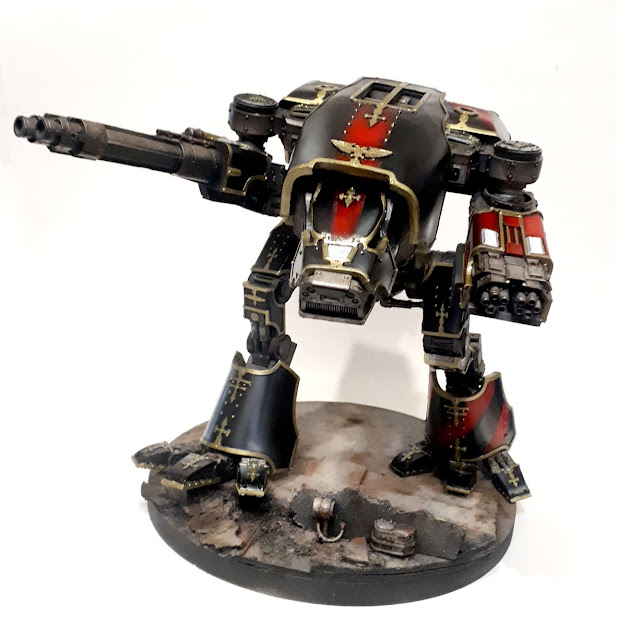 Even before the weathering job, this was a superbly done 'hound.