Owner: Paul S.
Location: London, UK
Comments: I built this titan as an ally and centrepiece for my chaos knight household and so painted it the same colours - In my fluff the princeps, who was always a fiercely independent and aggressive character, has abandoned the rest of his legion after growing disgruntled at their lack of activity and sought out more proactive forces of chaos, finding a home supporting the traitor knights of Briaros as they scour the scondraga nebula of any imperial souls in reach

The body is magnetised, and the LED wires for the eyes are drilled through to sit under the carapace (they blend in pretty well with the mass of cables in the head anyway) - taking a power drill to the eye sockets was a pretty daunting prospect but I think it came out well in the end!

Fun fact: the swamp forest base took as long to build and paint as the entire rest of the model. 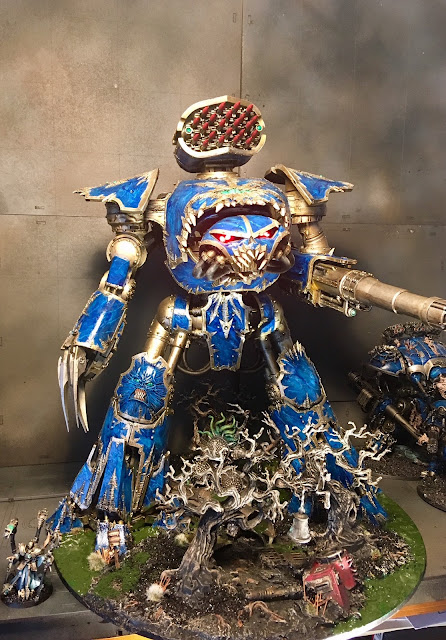 This is a beautiful example of Heresy at its finest! 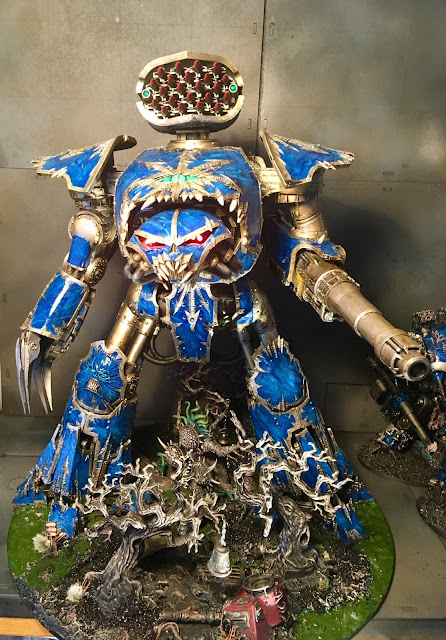 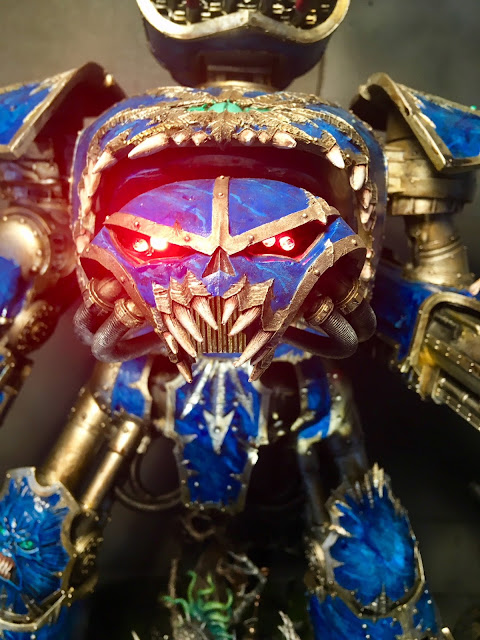 As if it didn't look menacing enough already, the lights in the eyes make this engine look truly evil! 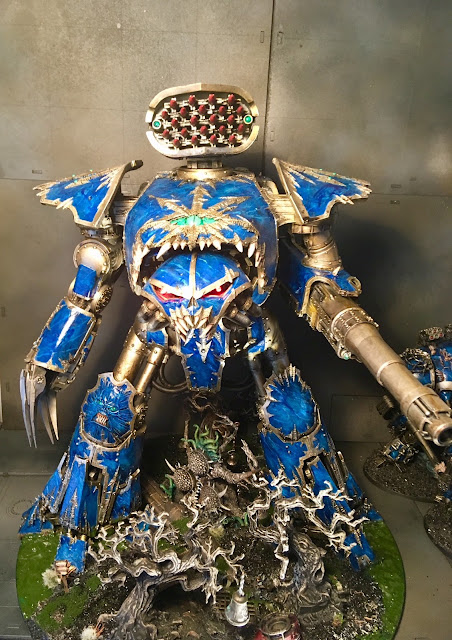 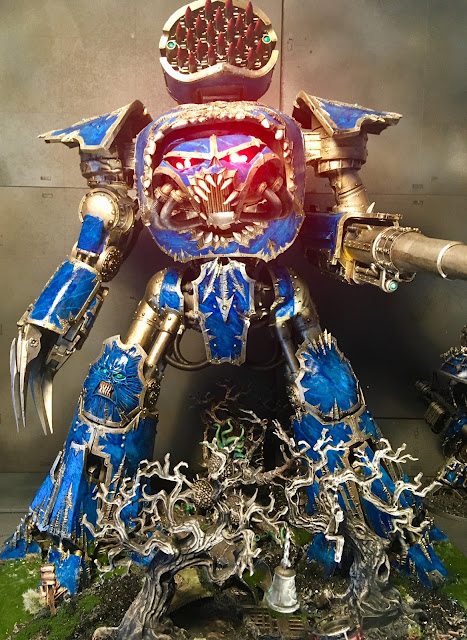 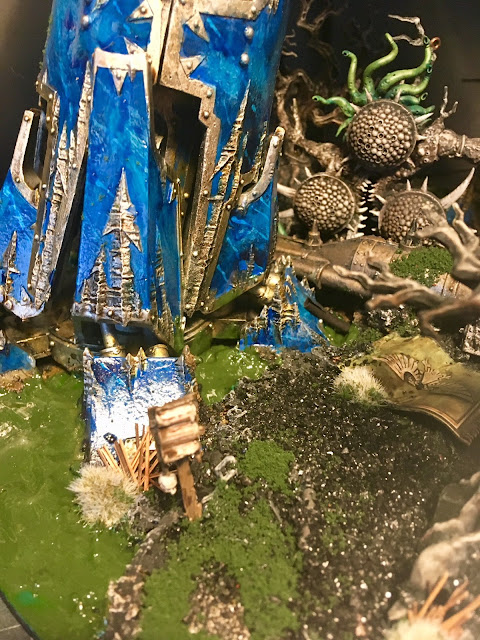 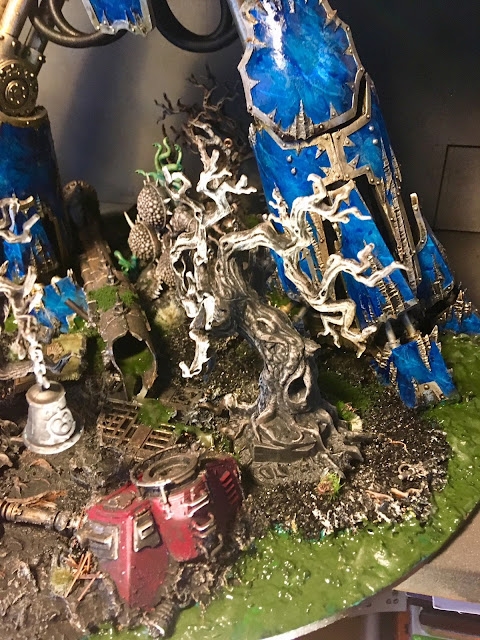 So much detail on the base. Nurgle's bells are ringing. 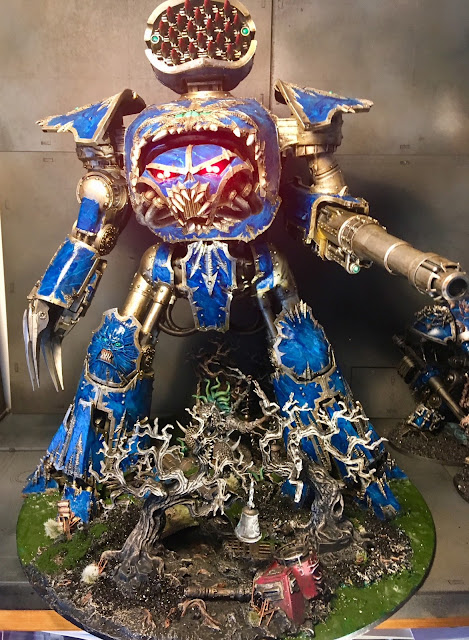 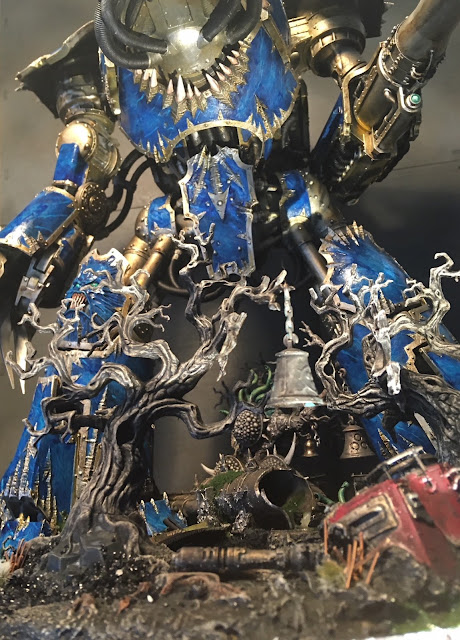 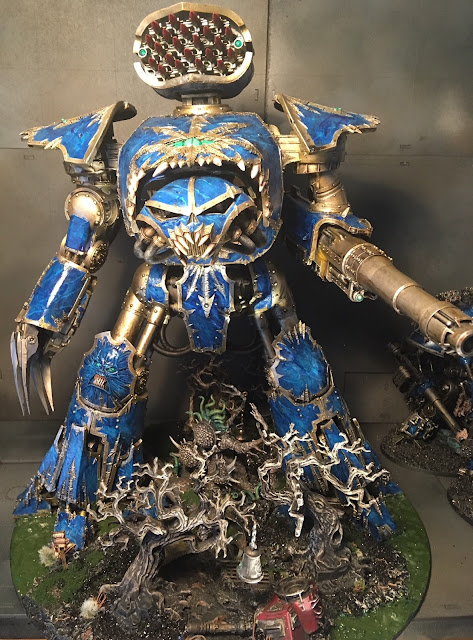