Lightning-wreathed weapons are a staple in Warhammer 40,000.  The lightning claw is one of the iconic weapons of the game in which we play, and the Arioch Power Claw takes that weapon up to 11.  Today, we cover the unboxing of the Warlord's primary melee weapon.  Later on in another article we'll show you how it was built, too. 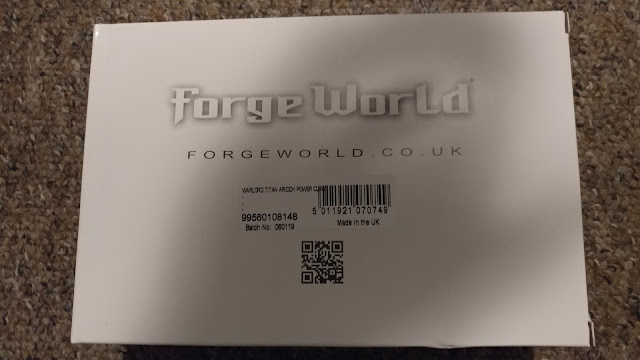 The lovely front of the white box that the claw comes in, including barcode and QR scan. 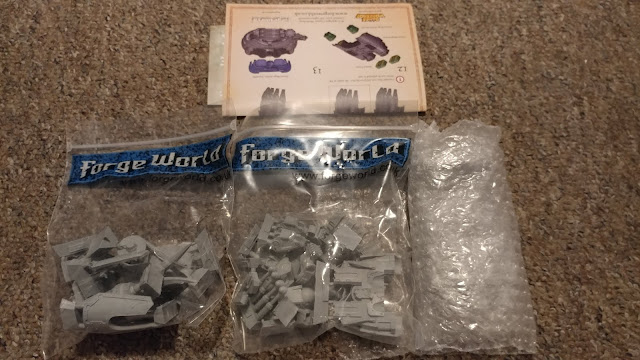 This kit comes in plenty of parts, several as a result of the poseability and articulation desired in this kit. 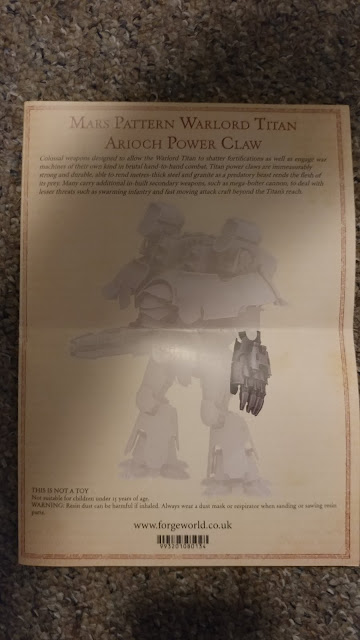 As usual, a colored instruction booklet. 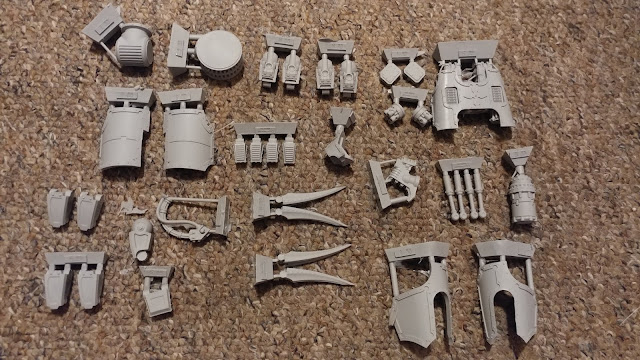 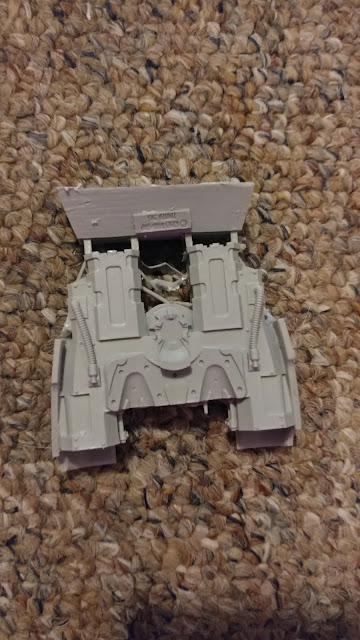 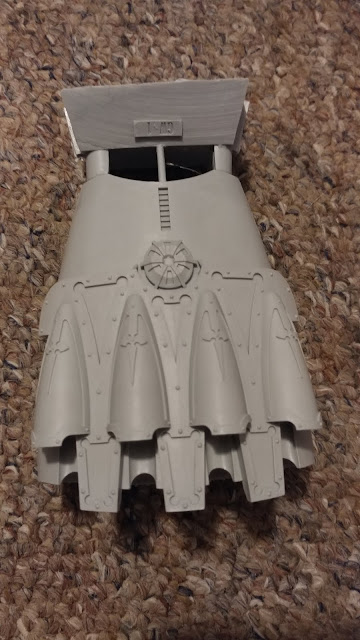 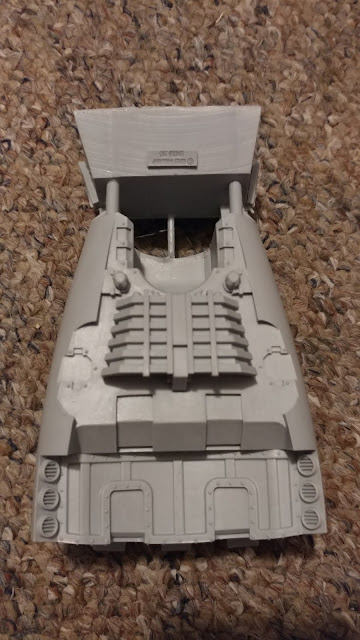 All of the parts before removing the gates and flash.  The kit also comes with the option to build the fingers with flat ends, giving the appearance of a power fist, or tines, which make it look more like a lightning claw. 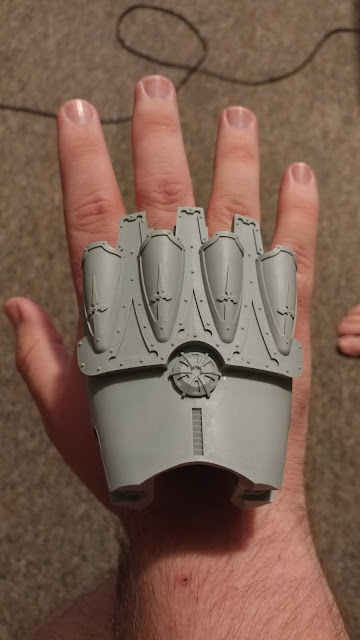 The obligatory shot for scale. 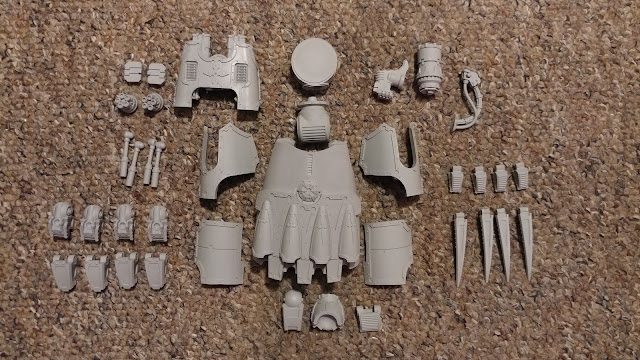 And all cleaned up.
Removing all of the gates and flash on the kit is easy.  The release agent isn't stuck hard to the parts and the cleanup is easy with a sharp hobby blade and files.  However, the armor panels that attach to the main hand will be heat sensitive due to their shape, so working with them should be done with some caution.  Mould slip was present but not too hard to handle as it could be solved with files, and scraping away mould lines like on a plastic model.