Owner: Alex K.
Location: Osaka, Japan
Comments: Still very much a work in progress, but I've been lurking all year since I got this beast and wanted to join up as soon as I had her assembled. The concept behind Phobos Ultor is that she was manufactured by Mars and completed using decommissioned orbital weaponry from Phobos, then sent to the Legio Atarus as an olive branch by the Fabricator-General. While the gift was gratefully received, the meaning of the name -- "Punisher of Phobos" -- was all too clear; "this is the manner of punishment you may expect if you stand against Mars." If the masters of Legio Atarus gave any formal response to this, the records no longer exist. 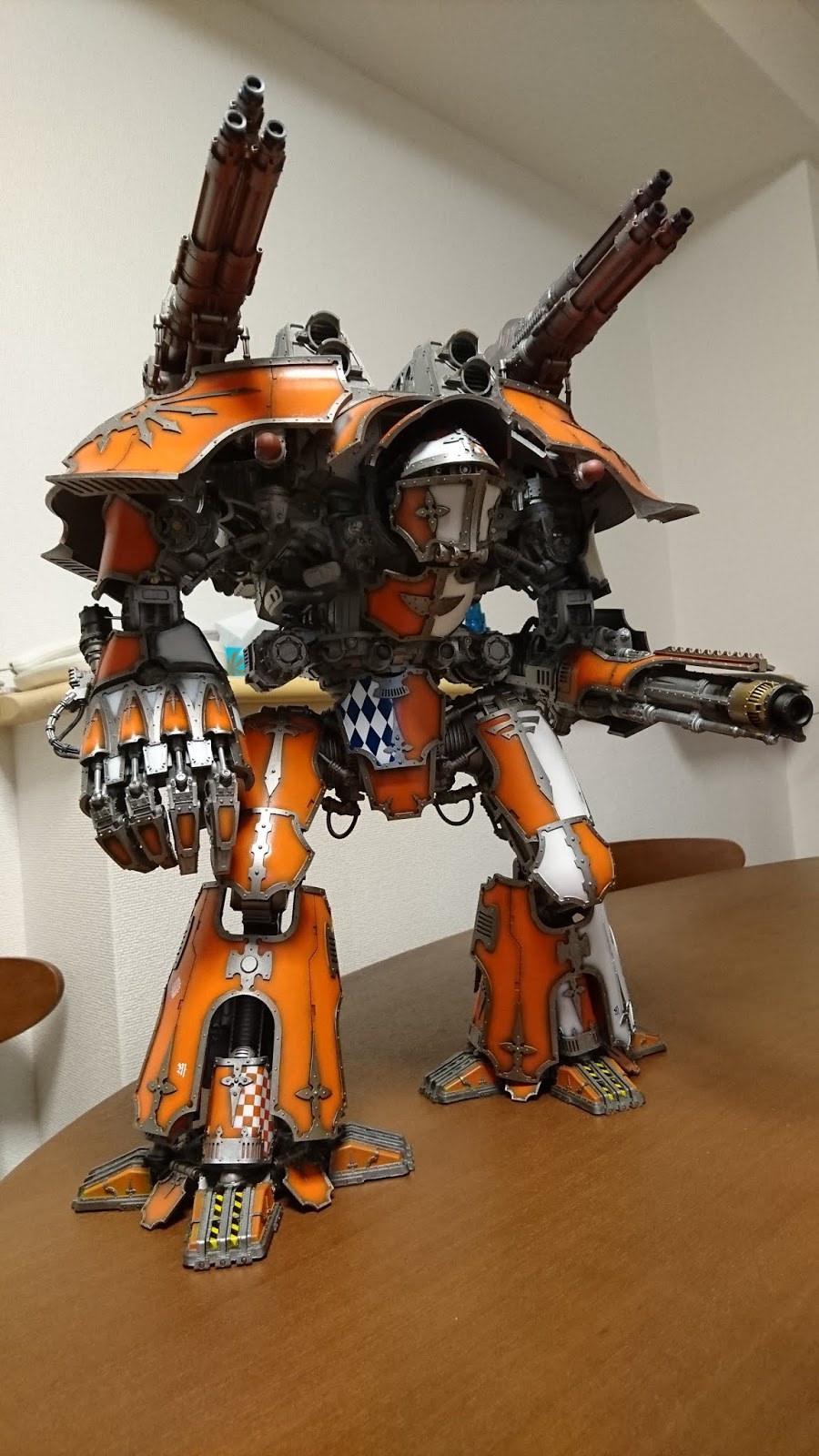 First Engine from Japan, and she is an absolute beauty. 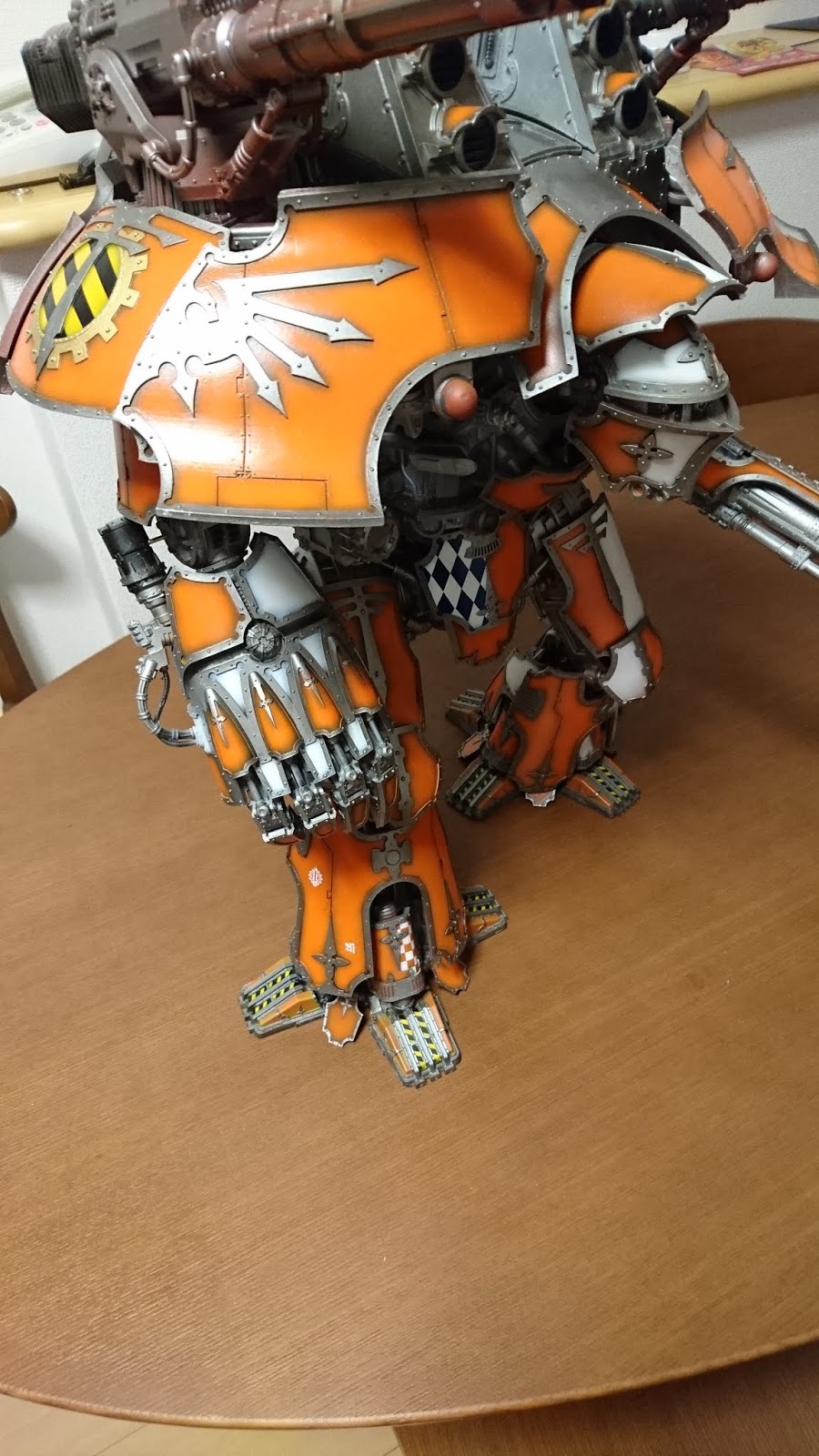 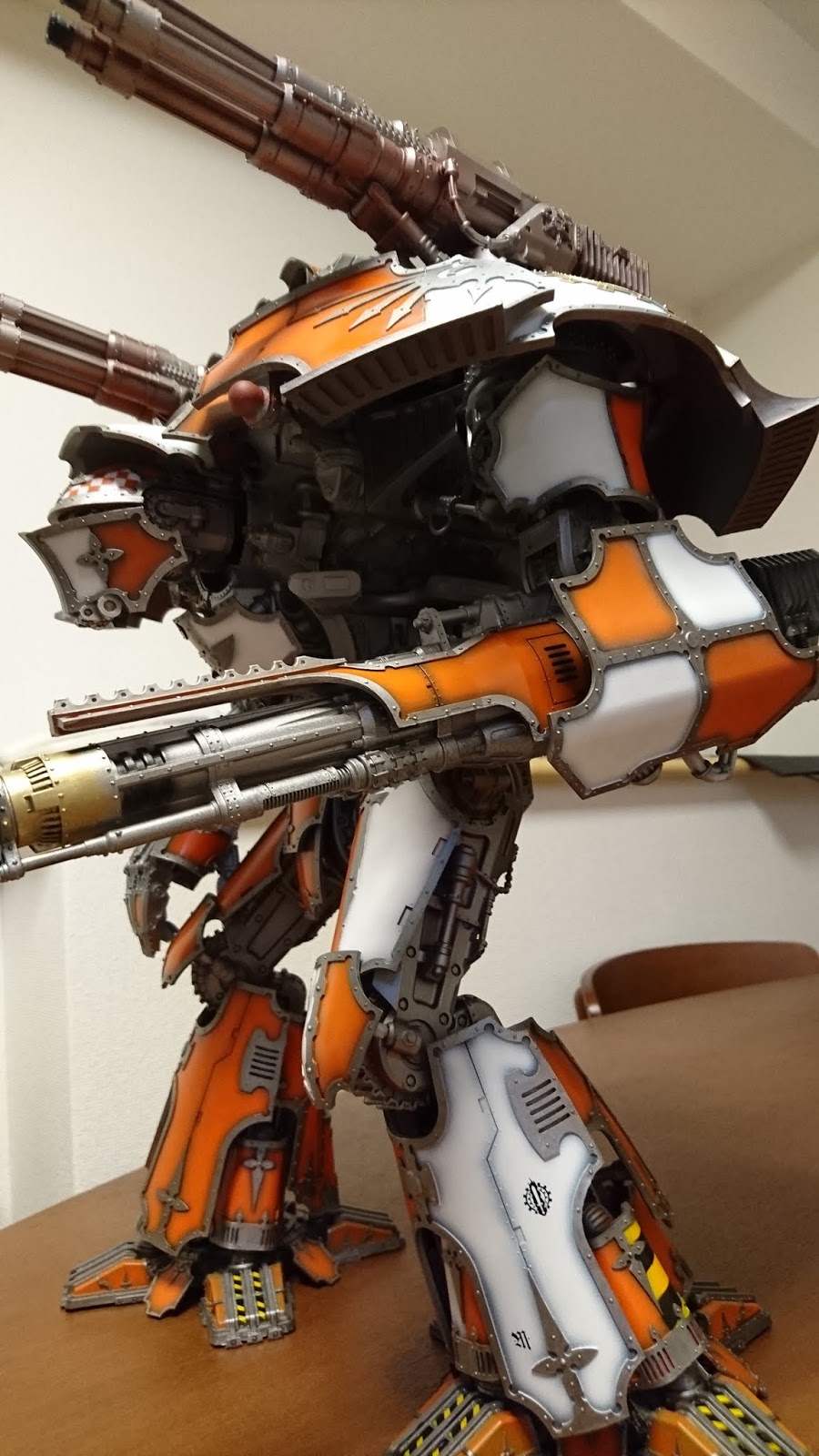 I love the colours of this Engine. Totally awesome. Would love to see a full Maniple! 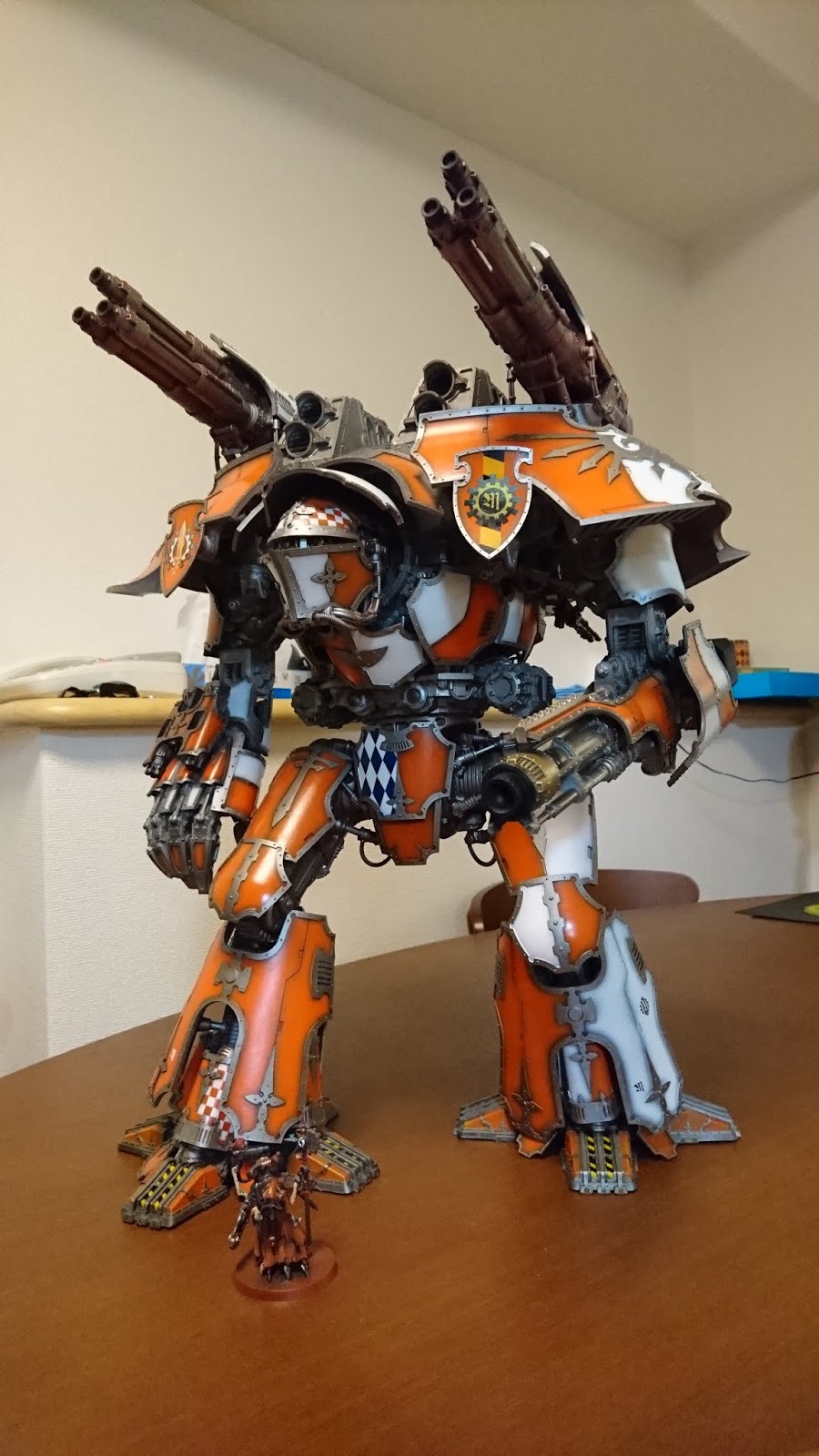 Love the chequers and diamonds. 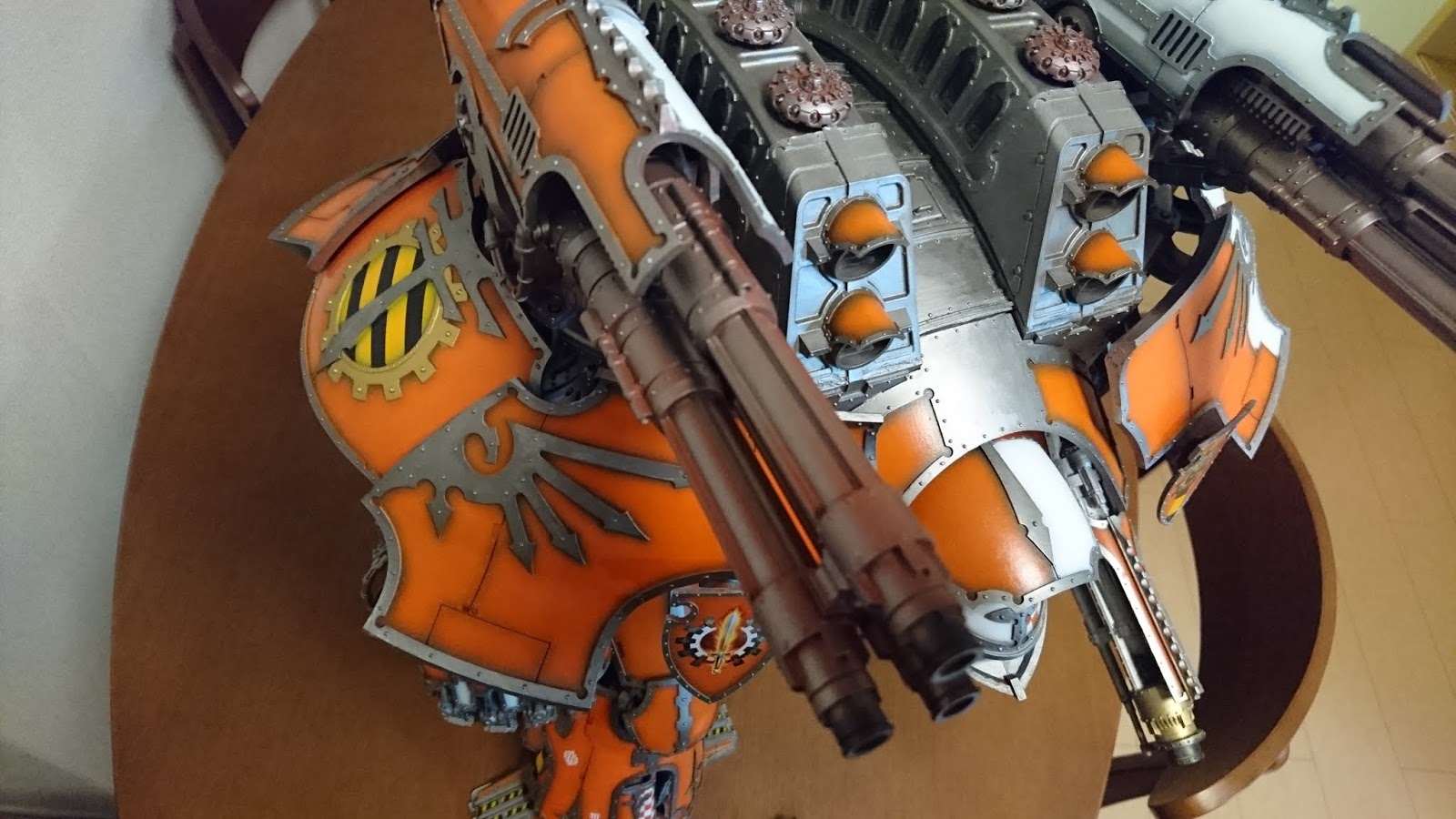 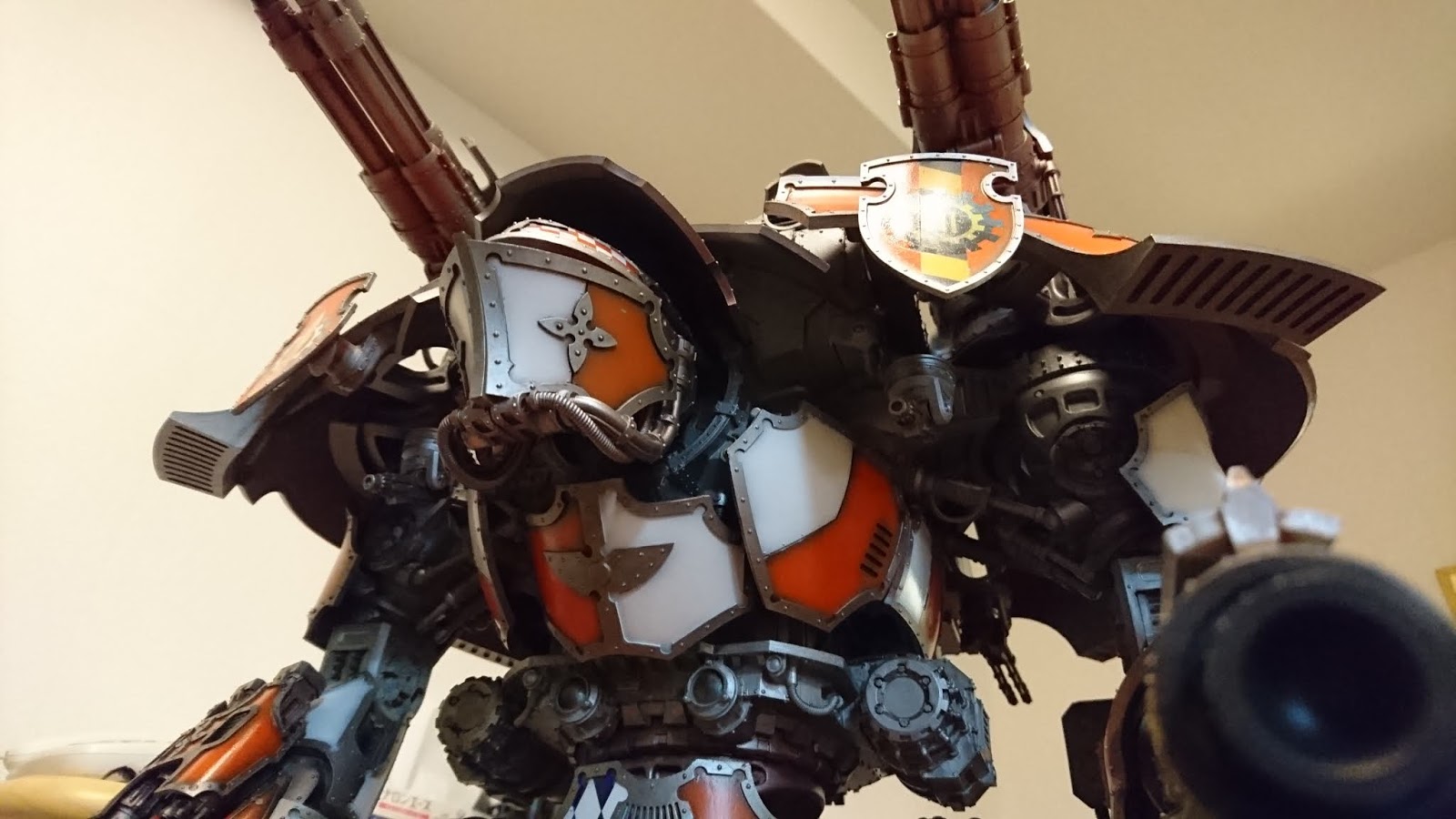 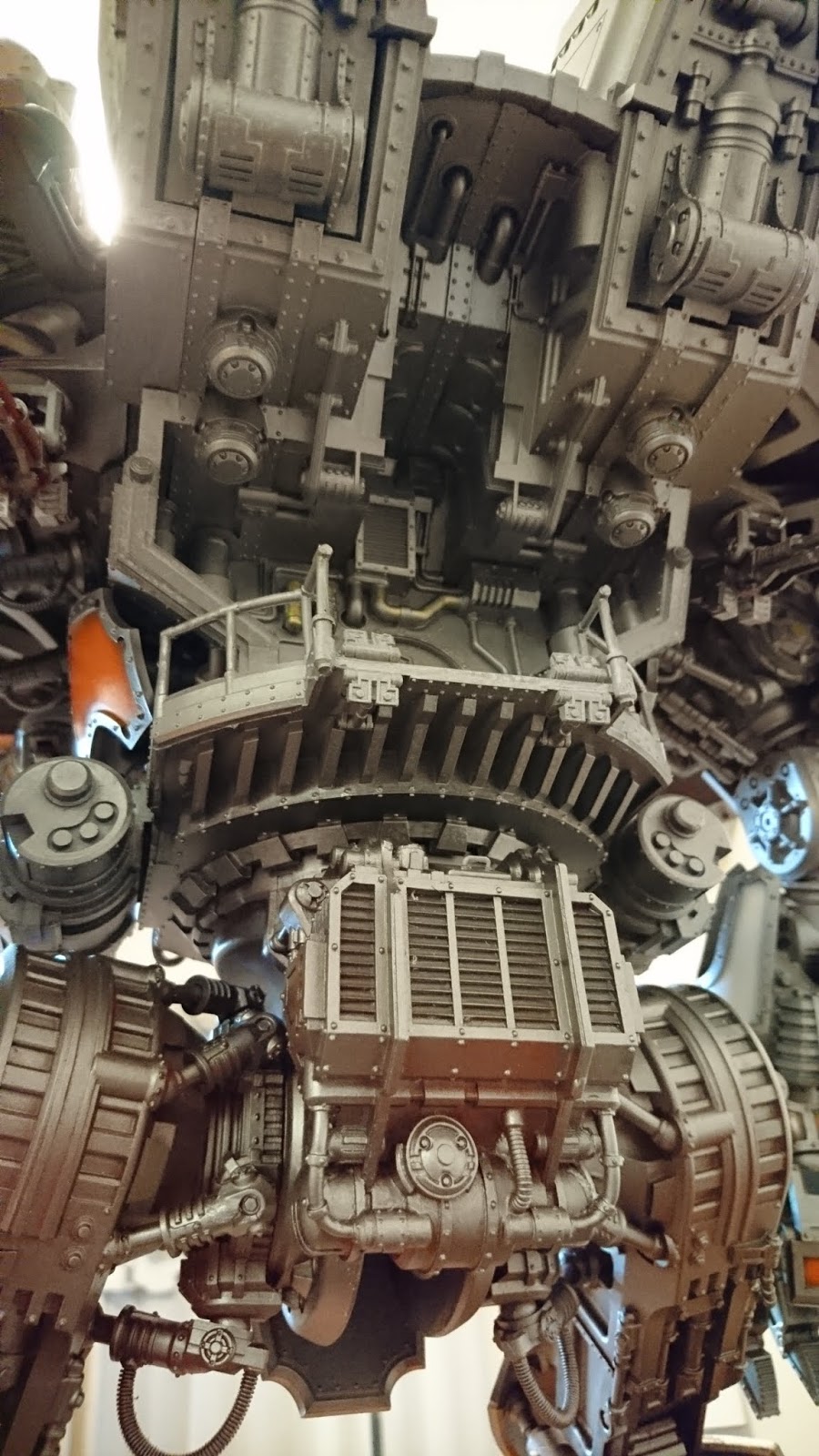 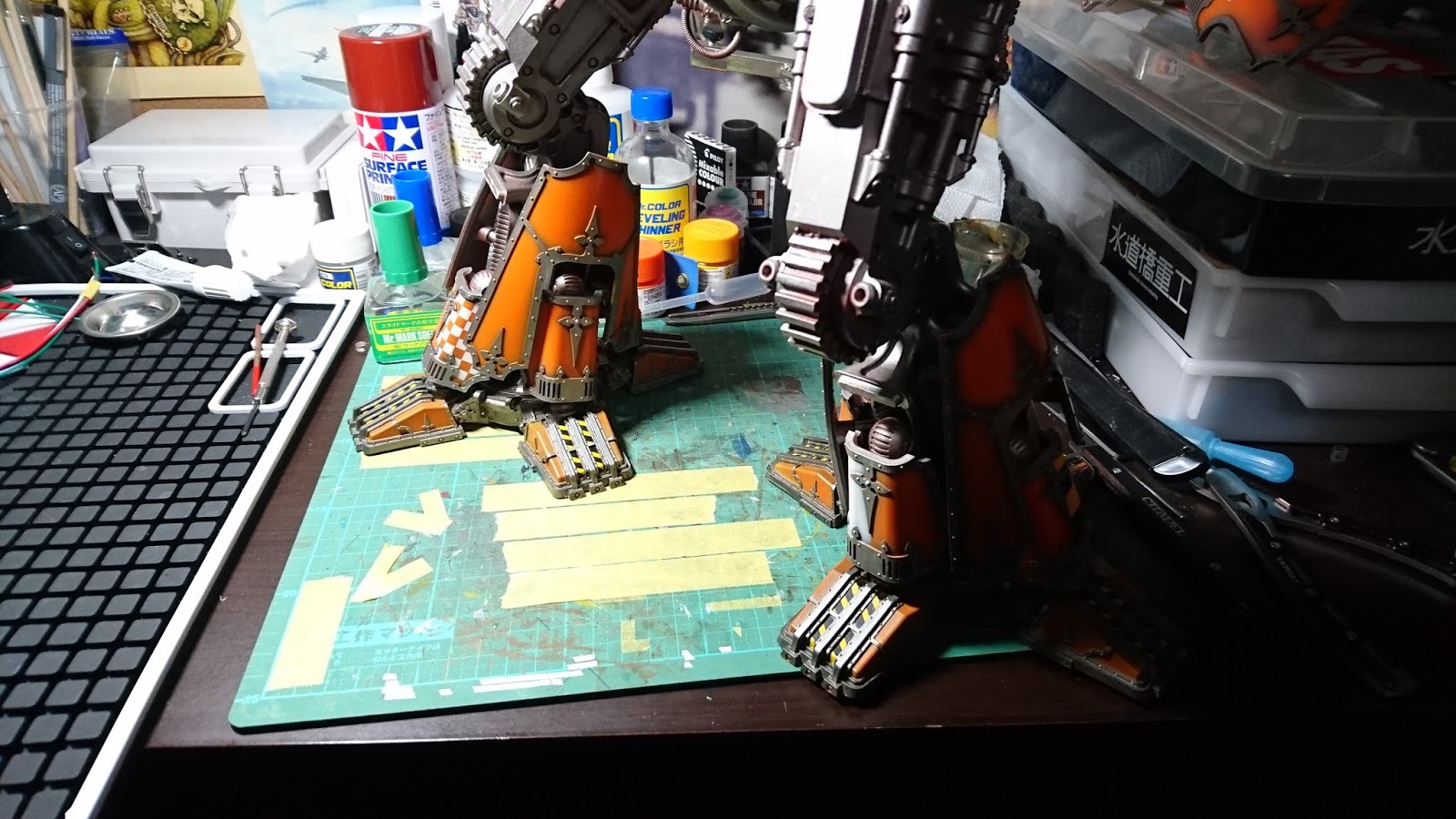 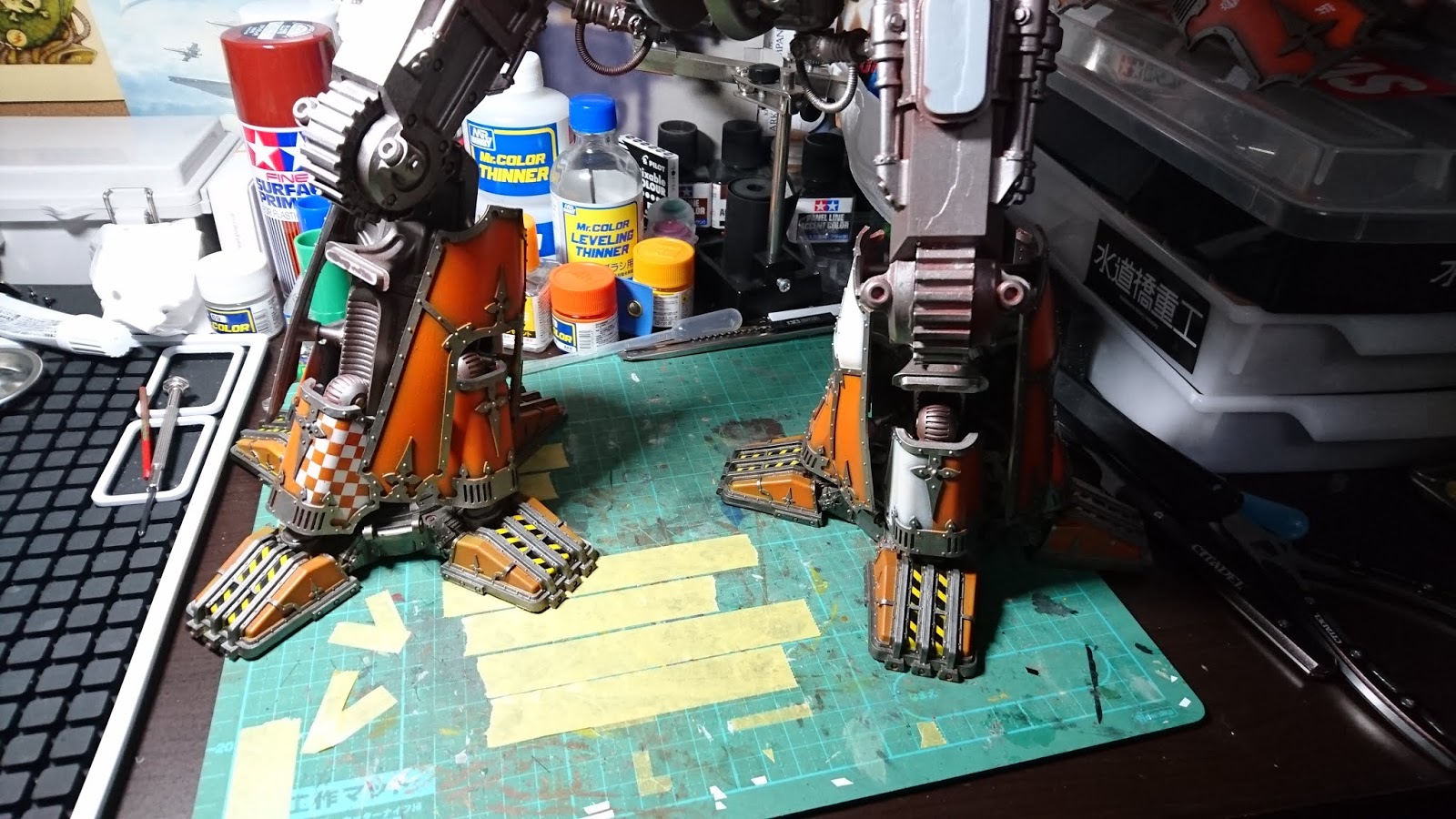 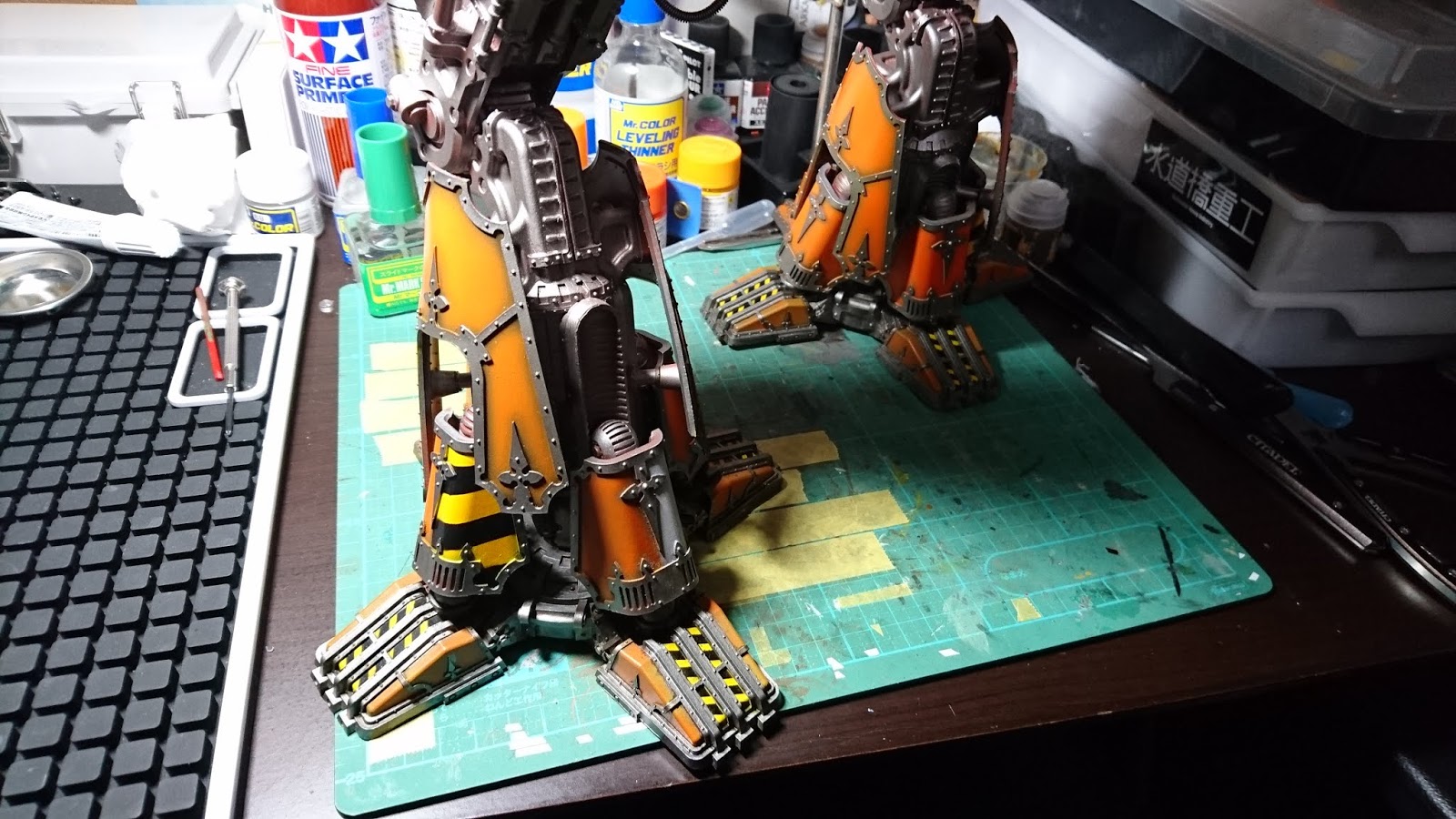 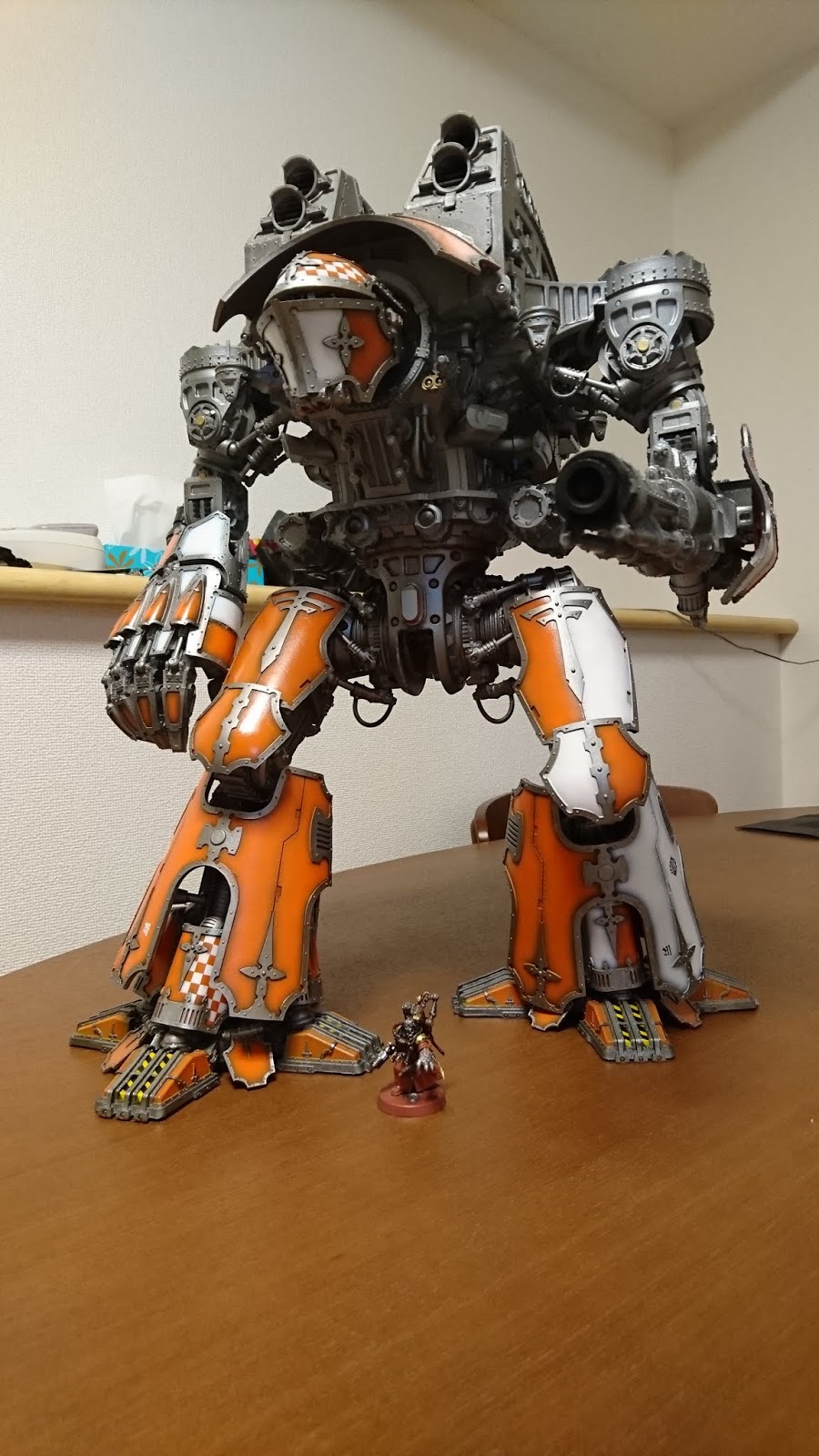 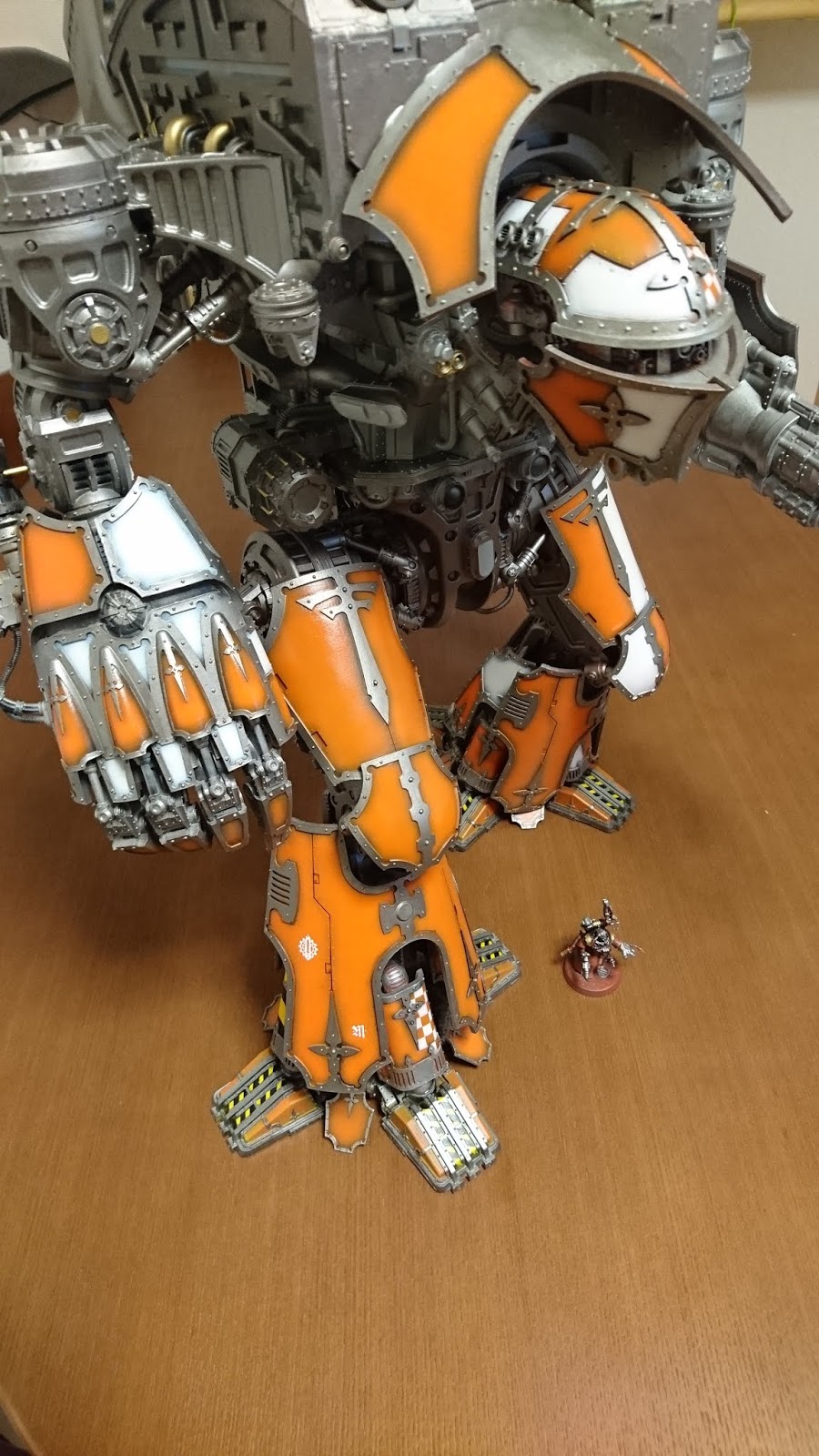 Thanks for sharing such a fantastic Engine.