All text and images below are courtesy of Warhammer Community.  Some great news indeed:


Rejoice, Princeps – reinforcements are on their way! This Saturday will see two new plastic kits released for Adeptus Titanicus: The Horus Heresywhich will add new models and a host of new ways to take down your opponents’ god-machines. We gave you the lowdown on what’s coming here, and now it’s time to look a little deeper and see just what the new Cerastus Knights and Warlord Titan weapons will add to your battlegroups. 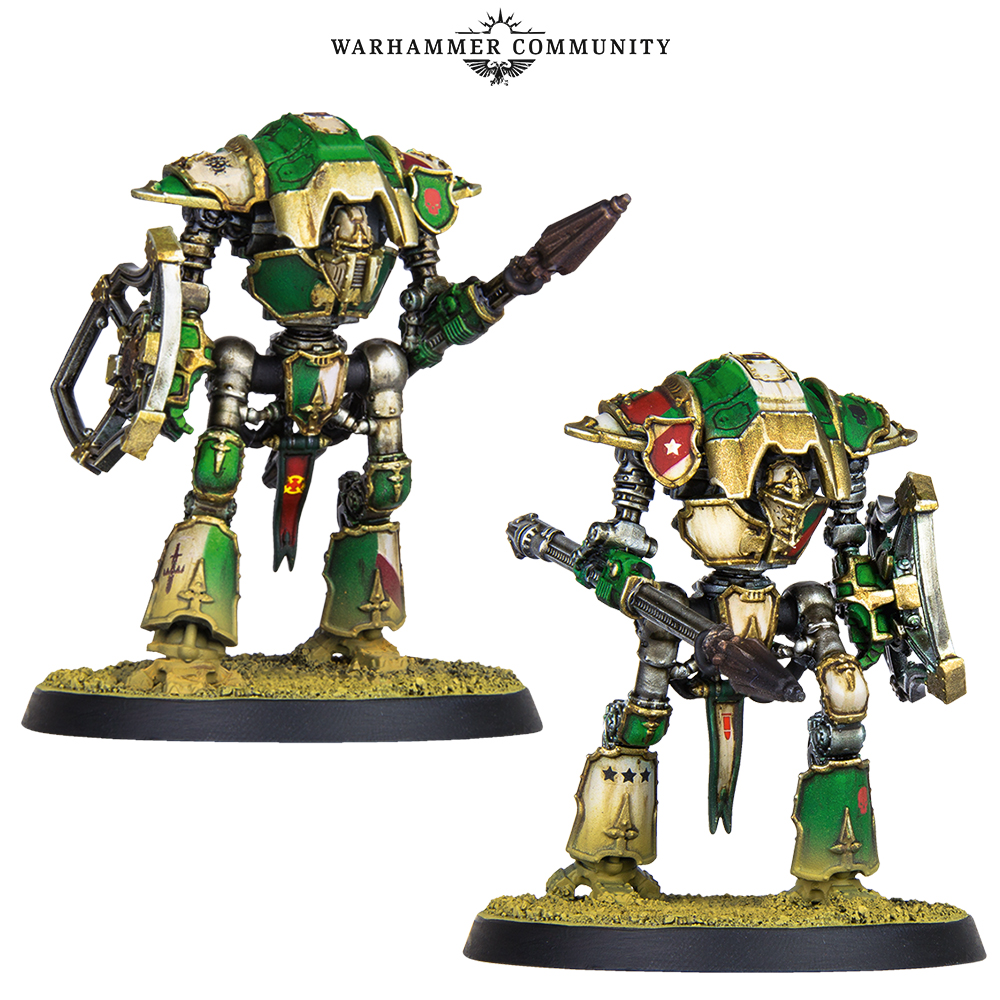 With the arrival of the new Cerastus Knights, you may be wondering why you would take them instead of another Questoris Support Banner – well, other than wanting to paint the gorgeous models, that is! How about them being tough, fast and extremely deadly? Here’s the breakdown: 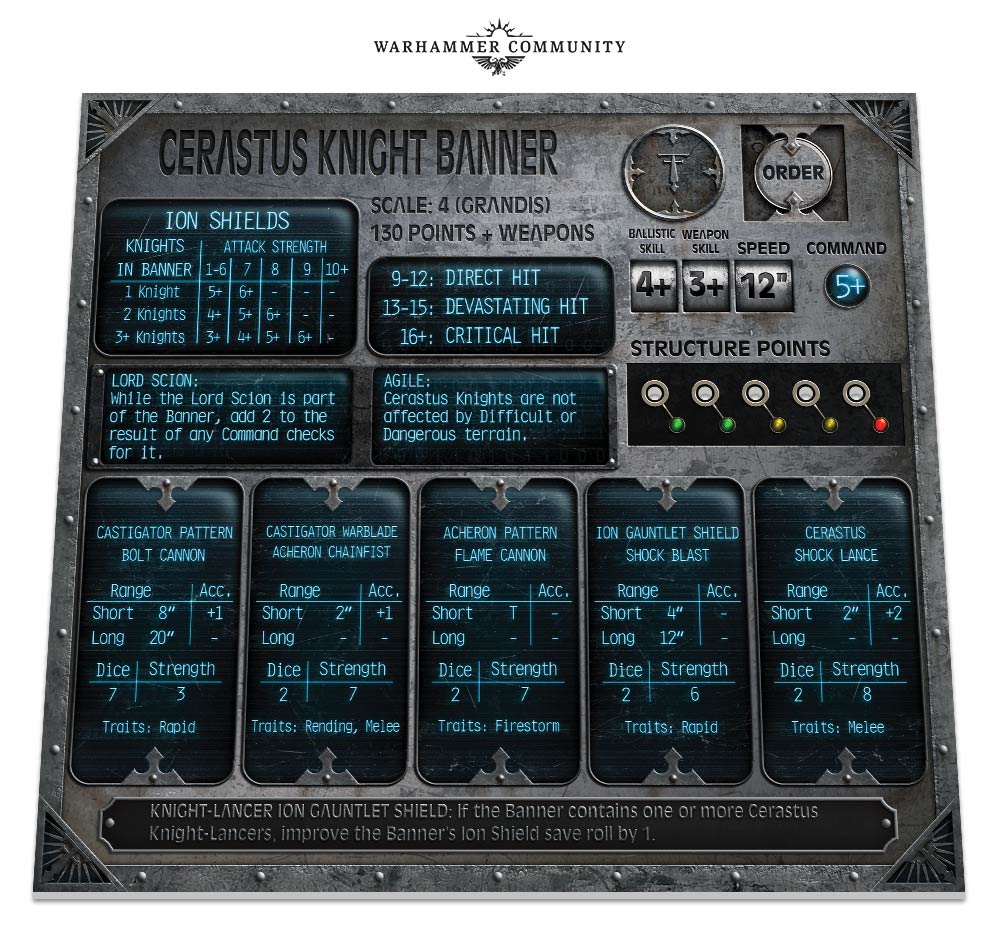 They’re tougher: With an extra structure point over their Questoris brethren and ion gauntlet shields that improve their save roll by 1 – meaning they get at least a 6+ against any weapon – the Cerastus Knights will stick around longer to do damage.
They take orders well: With a Command value of 5+ (and adding 2 to your rolls when a Lord Scion is part of the banner), you’ve got a good chance of getting those Full Stride and Charge Orders, which is where Cerastus Knight Lancers shine. Why is that? Well…
They’re faster: With a movement speed of 12″, a Full Stride Order will see a banner of Cerastus Knights halfway across the board in a single turn, ready to charge a Titan in the next. And you definitely want to charge, because…
They hit hard: At Strength 8 and rolling 2 dice each with their Cerastus shock lances, a banner of Cerastus Knights can easily tear apart a Titan up-close. Combine this with a Charge order and you can get up to 4 extra dice per Knight on the charge – and that’s before the Combat Phase!
With good use of terrain and flanking movements, Cerastus Knights will wreak havoc in your opponent’s lines. So sally forth! They’ll be available this Saturday, in boxes of two, armed with shock lances and carrying ion gauntlet shields. And don’t forget your Command Terminals set so you can use these new Knights in battle.
That’s the Knights – but what of the Titans? Since the release of Adeptus Titanicus: The Horus Heresy, countless battlefields have seen mighty Warlord Titans march to war, armed with Belicosa Volcano Cannons and Apocalypse Missile Launchers. These weapons have seen the end of many foes – but it’s time to widen the arsenal. Let’s take a look at the new weapons.

One of the largest plasma weapons used by the Imperium, the Sunfury plasma annihilator unleashes sun-hot blasts of energy that can drop void shields, melt armour and, with a lucky shot, bring an end to a Titan in a flash (a literal flash, as it explodes with the power of a small sun). 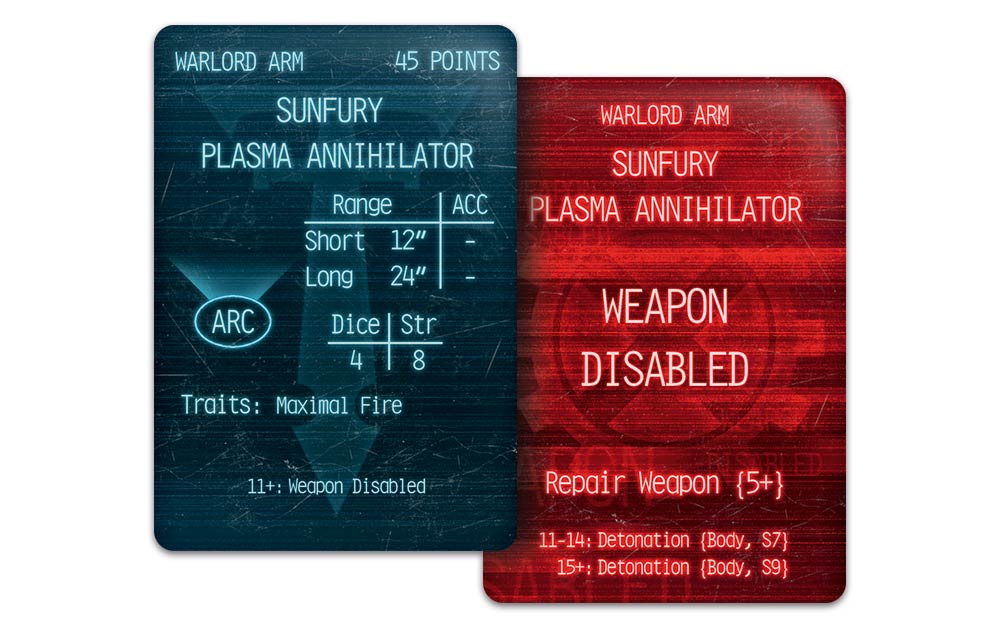 Throwing four dice at Strength 8 – or Strength 10 if you use Maximal Fire and risk overheating your reactor – this is a great trade-off between the raw strength of the volcano cannon and the rate of fire of less powerful weapons – the perfect arm-mounted weapon for a Warlord Titan that wants to take on all comers. 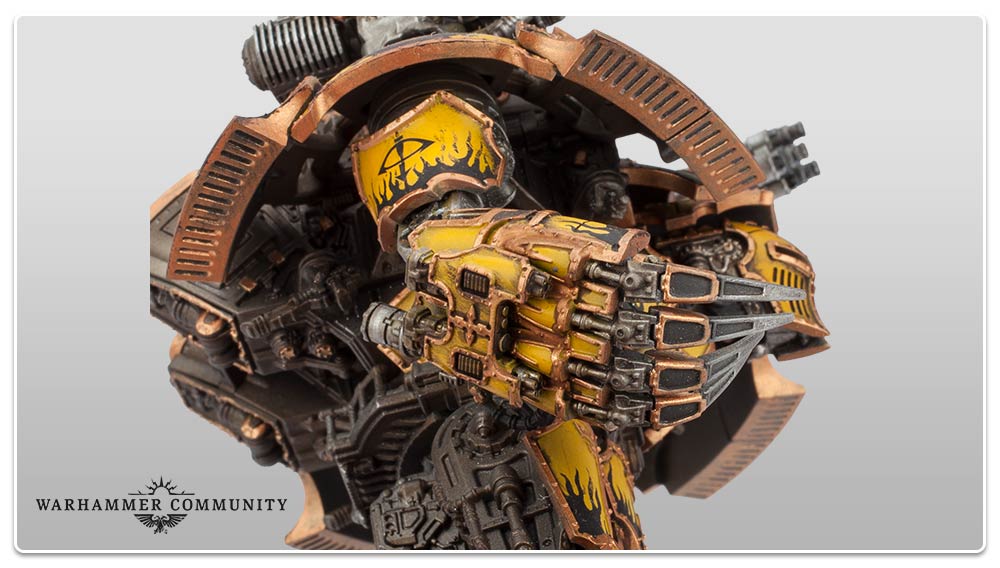 Three dice. Strength 12. A melee weapon, so it ignores void shields. The Concussive trait, which can literally cause an enemy Titan to be turned around by the impact. It’s the ultimate weapon for brawlers – plus, it’s a giant clawed fist which looks amazing on the Warlord Titan model. It’s a definite winner for those Princeps who like their Titans to get in close and cause havoc. 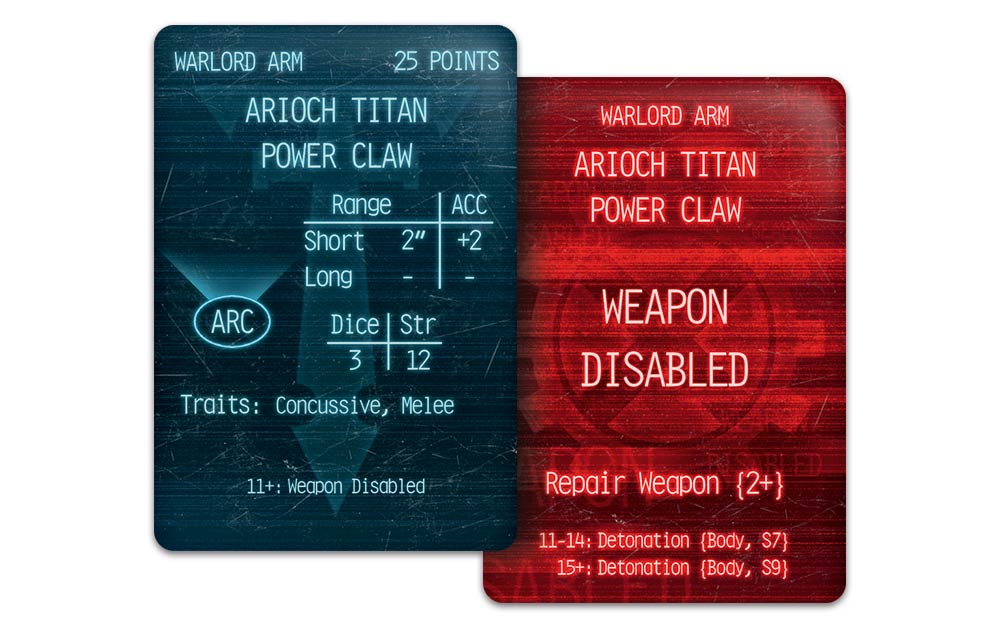 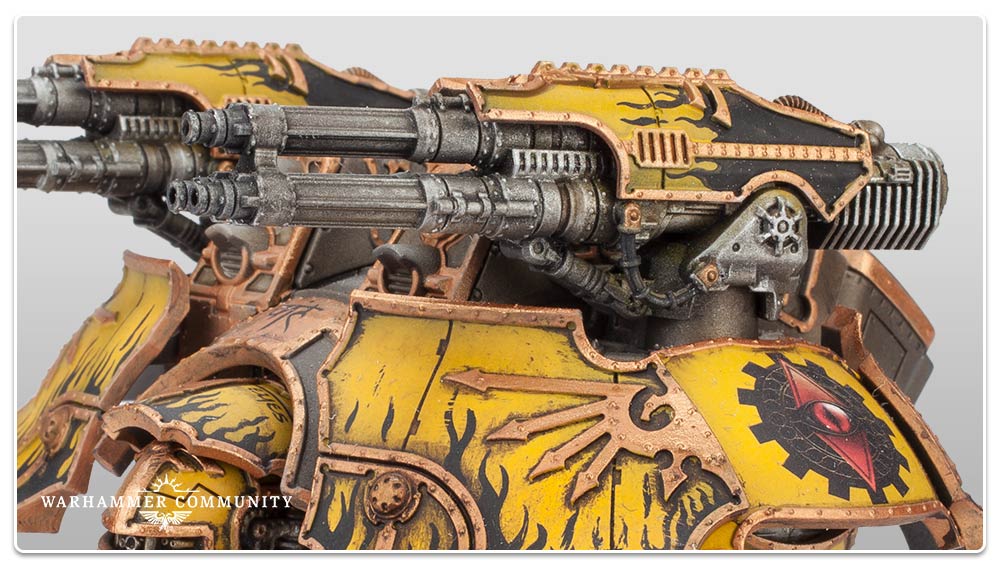 Want a carapace-mounted weapon that can both take down void shields with contemptuous ease and cause some serious pain once they’re down? Paired laser blasters are for you. A massive 6 dice at Strength 8, and with the option to use the Shieldbane trait (at the cost of draining your reactor) for when you just have to push through void shields, these are a great all-rounder weapon for your Warlords. 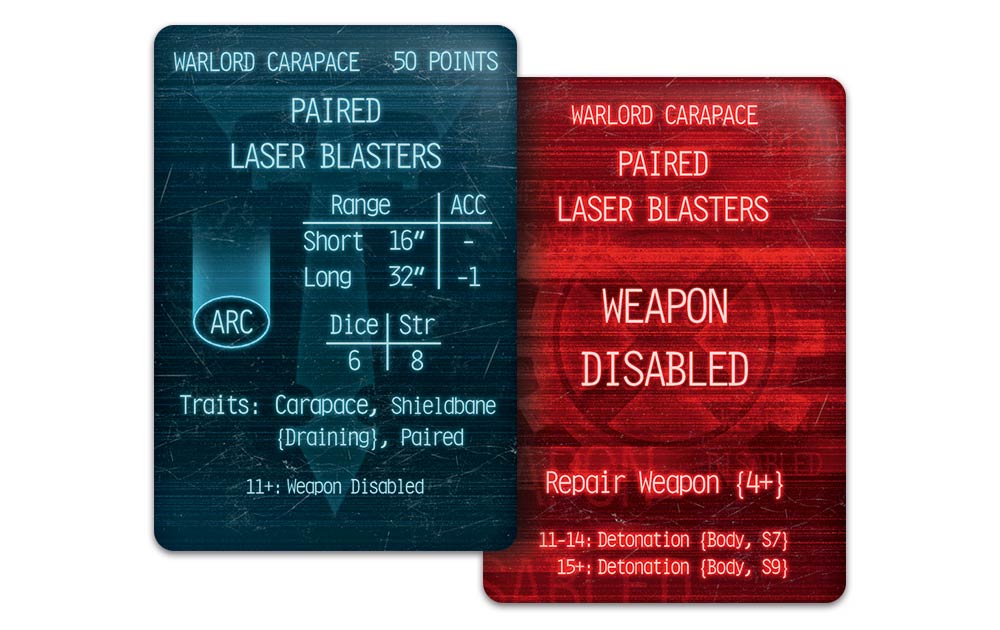 All three of these new weapons come in the Warlord Titan with Plasma Annihilator kit – including a pair of plasma annihilators, giving you the option to bring both to bear on one Titan or an extra weapon to add to one of your volcano cannon-armed Titans if you want to mix it up a bit. You can pre-order the kit this weekend – and if you want to get started before then, you can pick up the Adeptus Titanicus: The Horus Heresy Rules Setand a variety of Titans now.
Posted by Shadow at 20:11:00