Normally we cover the appendices and provide our final thoughts, but this time will be different since we still have more coverage of Doom of Molech due to the two new maniples and some of the Titan Legion rules.  The appendices in the book offer plenty of new content for the game.


Like Titandeath before it, this book offers two pages of additional rules that can be used to represent the hostile battlefields of Molech during the war.  These battlefields cover dangerous, smoke-and-ash choked cities, flooded coastal cities, and the dangerous forests of Kush.  These rules are certainly thematic and will add a lot of variety to the games.  These rules will also challenge players’ tactical acumens as they seek to overcome some very tough challenges without damaging their own engines. 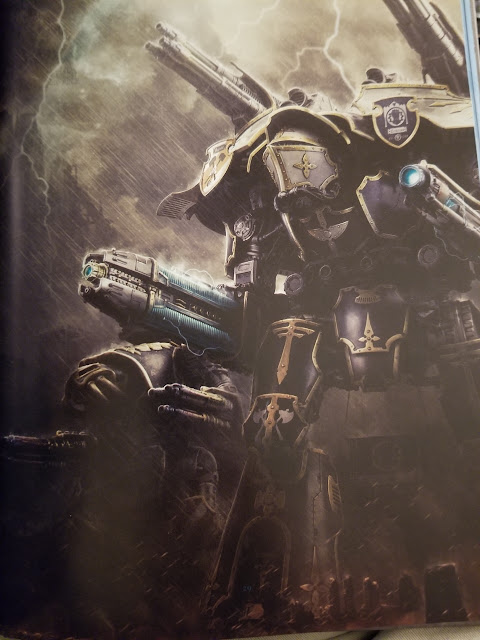 
This is essentially a mini-mission pitting two 250 point Knight forces against the beasts of the Kush.  Rules are provided for three different types of beasts that inhabit Molech and the mission replicates the hunts of the Knight Households against these mega fauna.  It’s a different take on Adeptus Titanicus games and will provide a head-to-head challenge that is less direct but should be plenty of fun.


Doom of Molech provides tons of new stratagems and some adjustments to the current way they are taken.  One of the biggest changes is that the book allows any Titan Legion to take another Titan Legion’s specific stratagems and use them for +1 point provided that both are from the same faction (i.e. Loyalist or Traitor).  This reflects the nature of the Heresy and how Legions fought alongside one another so often that they developed unorthodox strategies or learned from their allies.  It should be noticed that this applies only to stratagems and not to wargear or rules.  This will certainly be an interesting addition to the game. 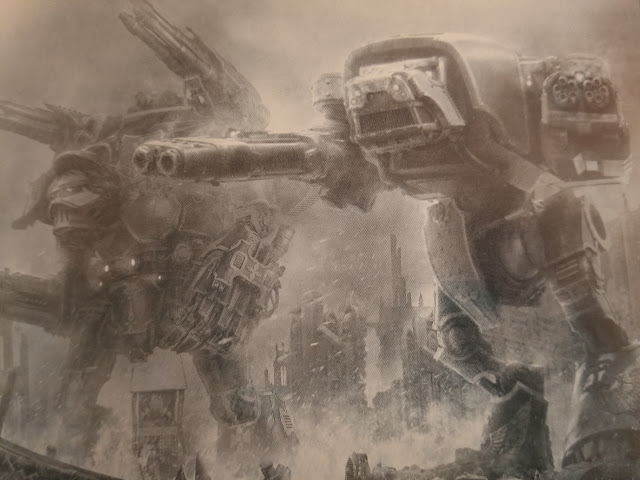 There are, of course, the new stratagems.  Some can be used by only one faction, while others are universal.  The new stratagems are powerful but balanced and well-costed.  Two in particular make it clear that we are not going to see the return of Epic any time soon and that is the inclusion of a Secutarii stratagem in lieu of rules, and one for anti-Titan infantry in the same vein.  However, it is good to see that their presence as a part of Titan warfare is being accounted for in some manner.  This appendix has definitely added good things to Adeptus Titanicus and we hope to see more of that in the future.
Posted by Shadow at 00:00:00