Comments: After finishing the Warhound some months ago I took a while to paint actual minis but visions from the Omnissiah drew me to look at new God-Engines to build. The warlord is everything I love about the over-the-top universe of 40k and I've longed after it ever since I first saw it. It all started when I spotted the Beta-pattern head unit in ebay aaaand then the rest happened. So basically I bought the head first (Which is done), then the weapons (Which are WIP but getting close to completion) and now the body has arrived and building can begin.

Target is to have this precious God-Engine ready for the biggest national nerd convention RopeCon in July, where it can hopefully inspire others to pick up the hobby.
Here's the gallery of the finished model: https://imgur.com/a/6J2mWY1 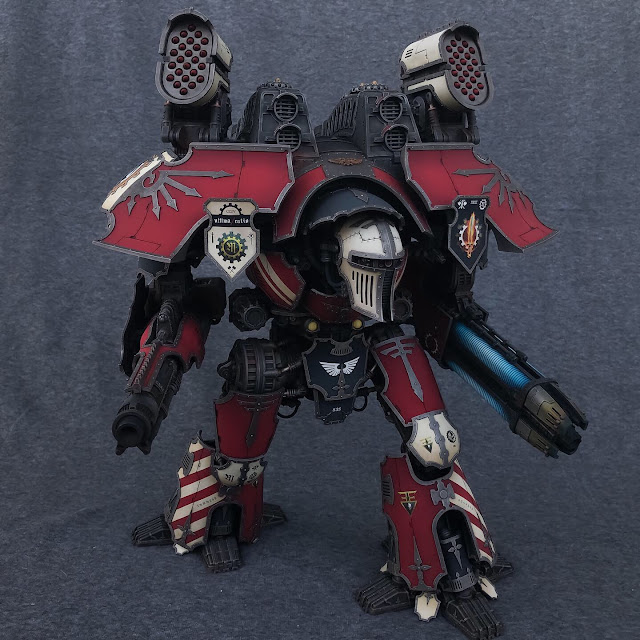 Look at that finish. So smooth and matte. What an Engine. 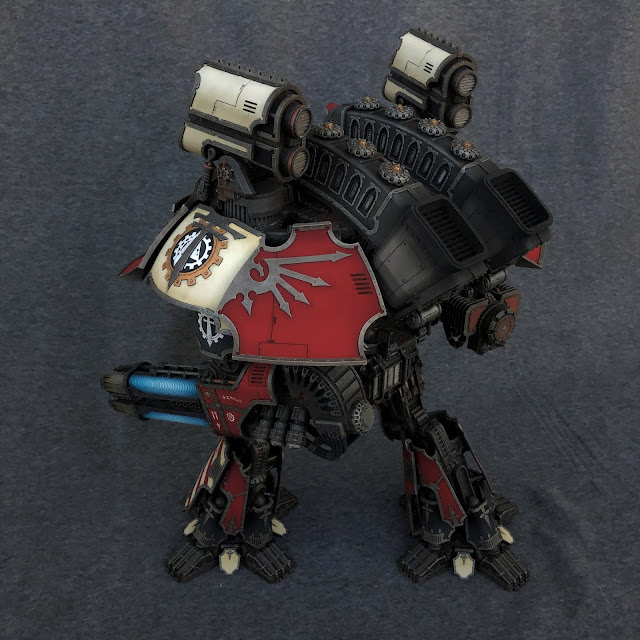 The exhaust soot is beautiful. 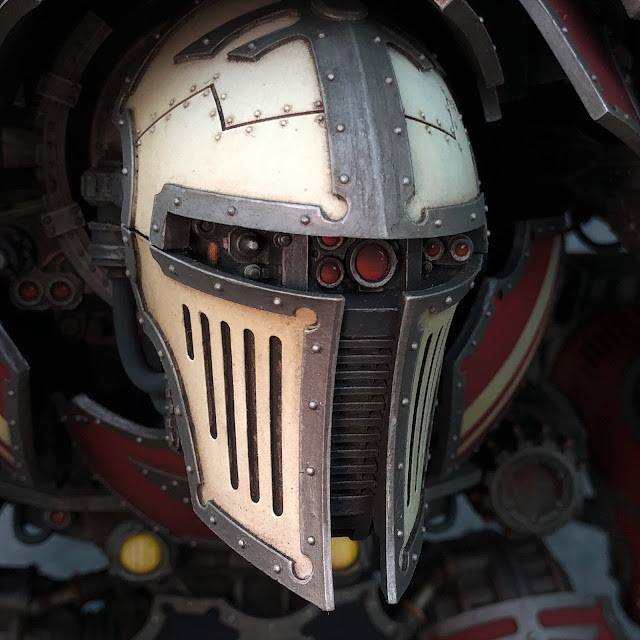 Optics have been painted very well. 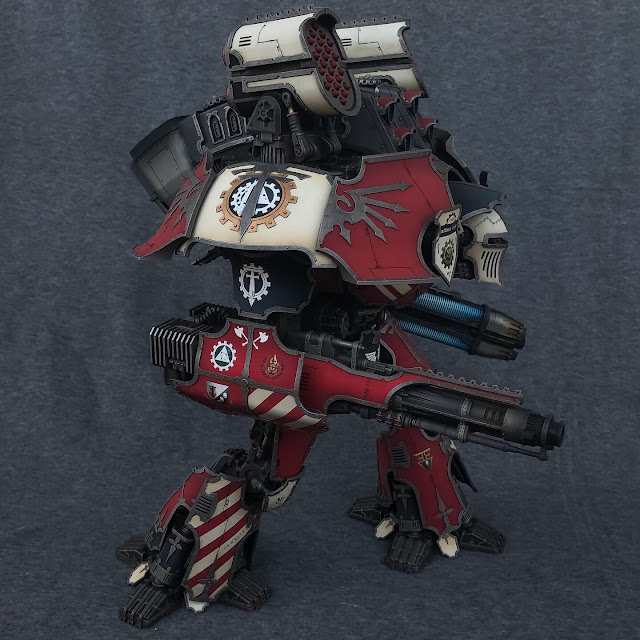 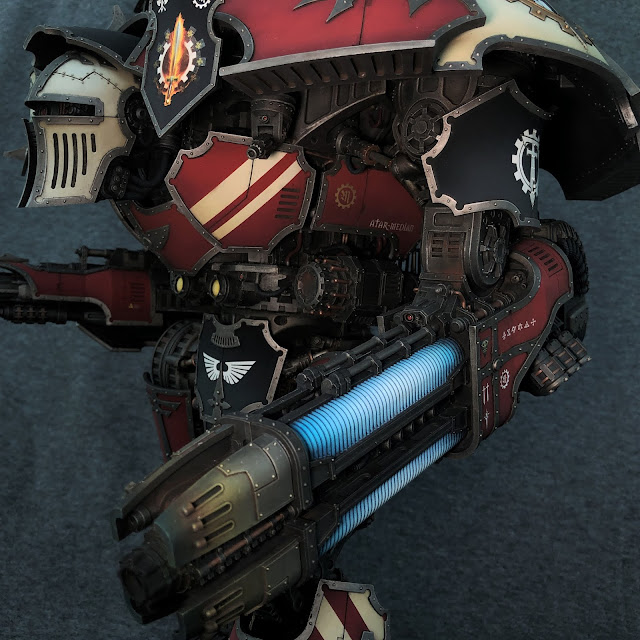 Look at that Sunfury! 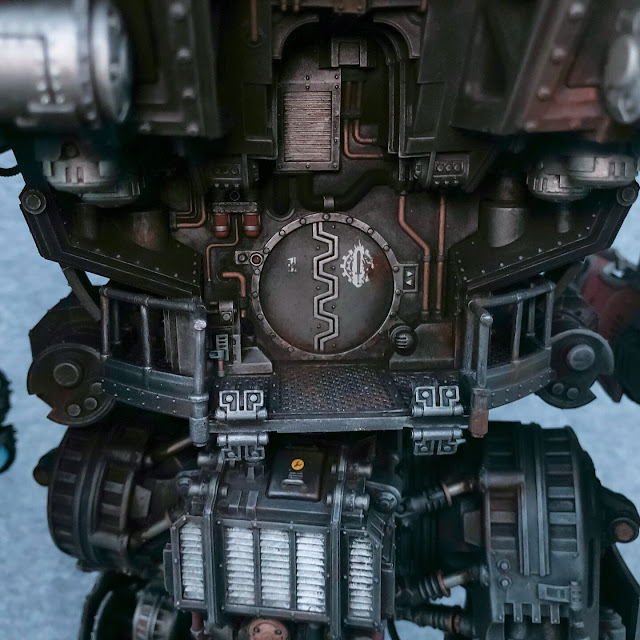 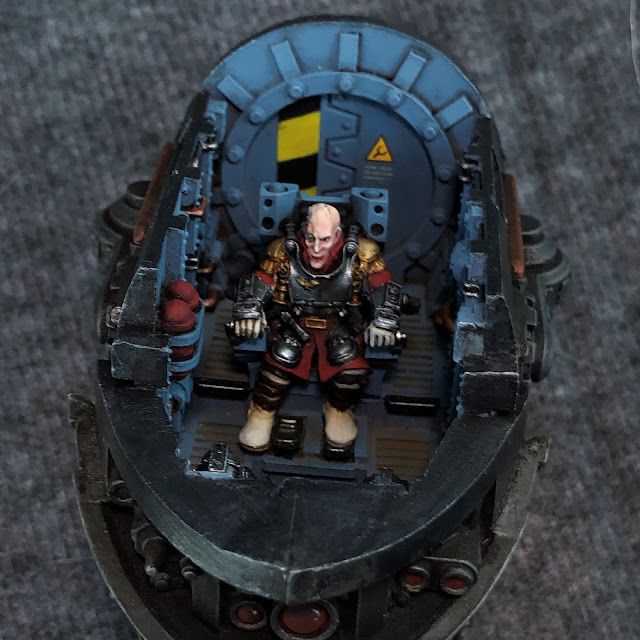 A happy and proud Princeps 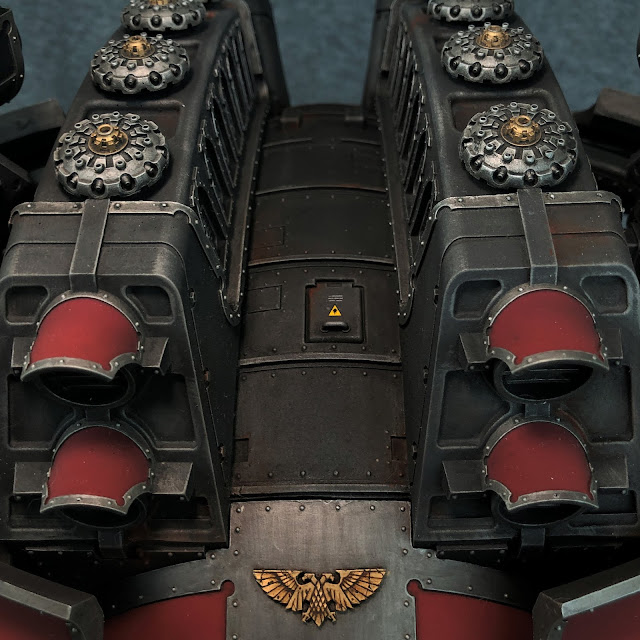 The subtle use of weathering in the recesses is fantastic. 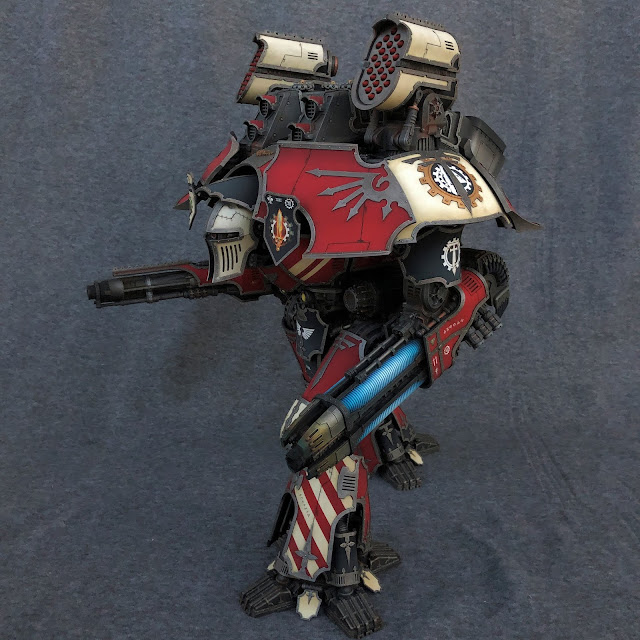 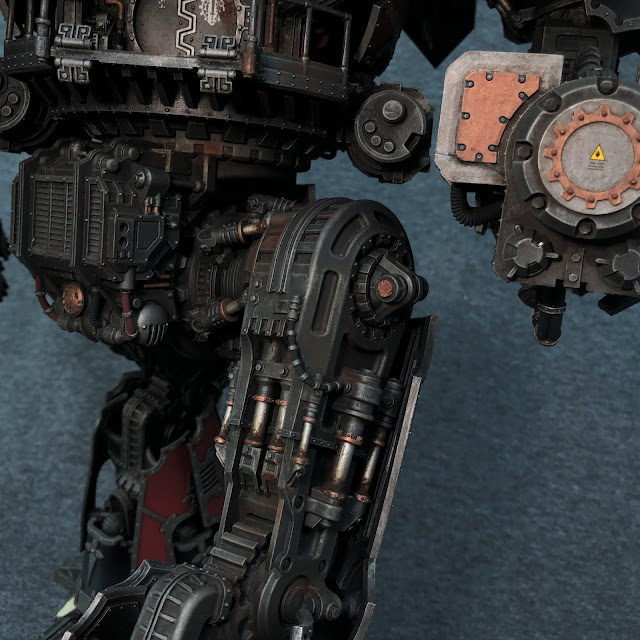 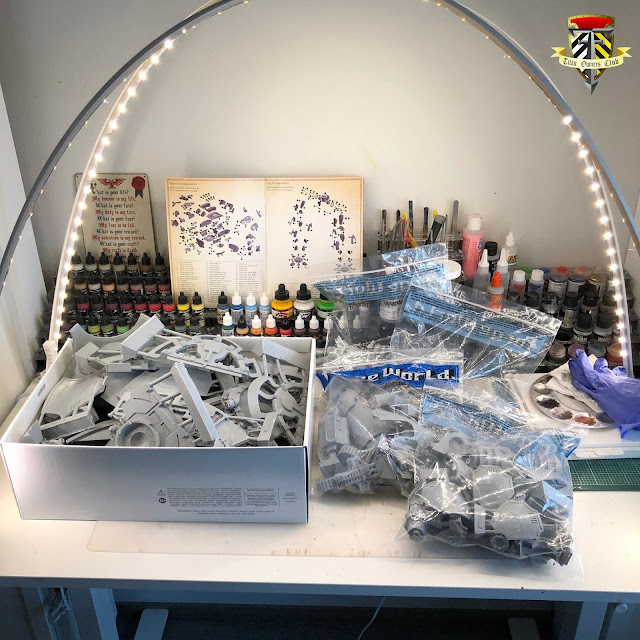 Piles and piles of awesome! 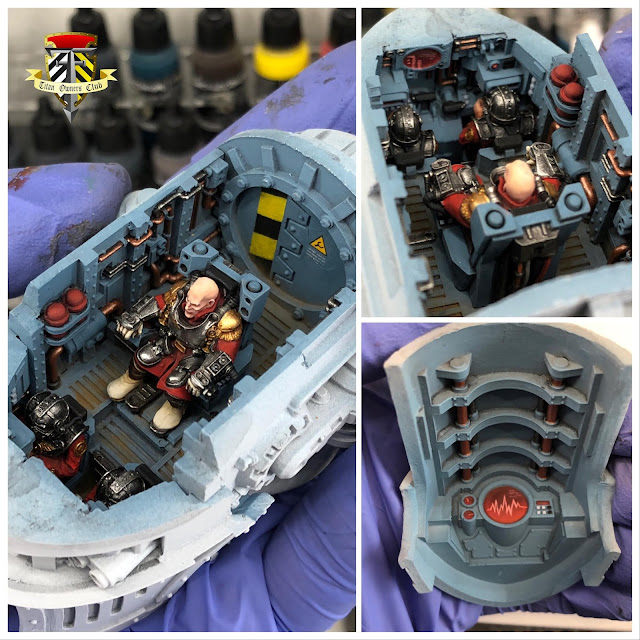 Look at those internals. Exceptional work. 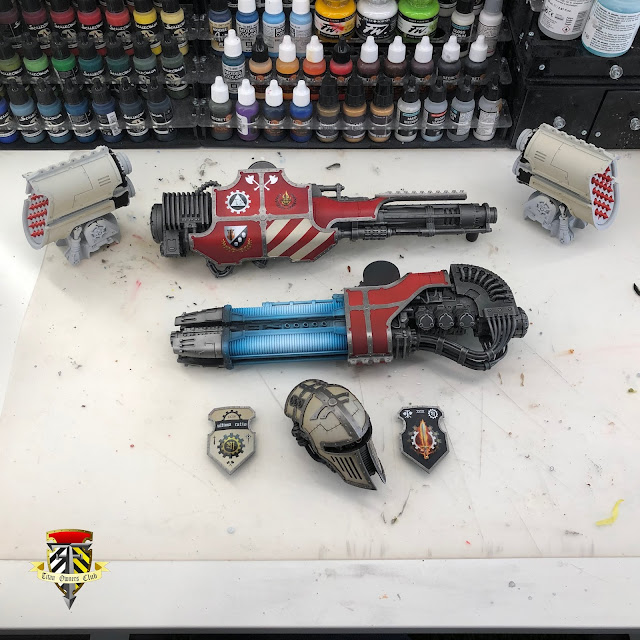 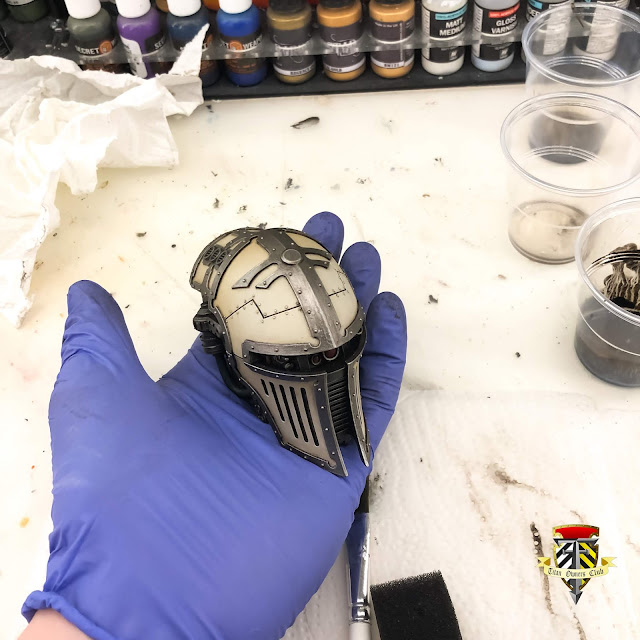 Engine is coming along great!

"The pictures are pretty big, but imgur album here: https://imgur.com/a/FKt9n5Q"
Posted by Titan Owners Club at 10:00:00