"Todays post is about a formidable force, the knights of Sir Scott in vivid orange clad.  Accompanying these is a fine piece of the both the House's History and the details of the Knights themselves." - TOC

The household started as nothing more than Freeblades that were brought to the Evreoth system to aid in the hunting of great beasts. As the hunts to slay these beasts continued, the Freeblades found themselves more often than not working together to track and bring down the great foes.  It was upon one of these notable hunts that the Freeblade Astral Dawn lead a group towards the great mountains on Evreoth IV.

Here the group saw a giant winged beast arise from the peaks at dawn. Bathed in the early morning light and fixated by the beauty of such a beast the Freeblades didn't notice that they had been tracked and hunted themselves. Suddenly they were set upon by a pack of ravage monsters. Astral Dawn quickly organized the others into defensive positions to weather the initial onslaught. Undeterred by the sudden attack the band of Freeblades fought valiantly and without remorse against their foe. After the battle had ended the group pledged themselves unto each other and the formation of a new household. In remembrance of the events than transpired such a formation they dubbed themselves House Hawkspyre and kinged the first of their household, Gabriel Deroin.

With the formation of House Hawkspyre completed and the hunt successful, Gabriel and his knights returned to the capital to begin anew. Over the millennia House Hawkspyre has aided the populace of the Evreoth system countless times. The household has even been called to aid outside of the system, including the Forge World Ryza. This defense of Ryza  helped them create a new bond with the Arch-Magos of the forge and has since been the forge of choice for creating new knights.

They are currently led by King Harland Bosowki and his Argent Light, and noble steed hailing from the forges of Ryza. King Harland has continued the tradition of House Hawkspyre in leading a band of knights upon a great hunt for beasts of legend.

King Harland has brought with him a small band to hunt the great beast. Within his band stands a mighty Knight Castellan, Knight Gallant, and Acastus Knight Porphyrion. To support the Knights and flush out the beast are two Armiger Warglaives.

King Harland pilots his Cerastus Knight Lancer which has been outfitted with the heirloom of his position, the Helm of the Nameless Warrior. With this relic his Knights sensorium and auspex allow him to analyze and predict his enemies movements. These increased senses allow him to strike with precision into his foe.

The Fire of Justice piloted by Lady Magdalyn Ortolphus is ready to lay waste to the enemies of the Imperium. Armed with a plasma decimator and volcano lance, the Knight Castellan quickly defeats all that stand in her way. Gifted the Armor of the Sainted Ion, this blessed machine not only delivered punishment but is sure to withstand all but the mightiest of foes. Lady Magdalyn brings with her two attendants in their Armiger Warglaives, Quick Light and Stalking Flare. These two Huntsmen, Crostance and Enriqe, use their agility and speed to herd any foe towards the rest of the Banner so that the hunt may be completed.

Also joining the hunt is Ortel Gambell and his Knight Gallant.  Knight Ortel is known for his relentless assault with the reaper chainsword and Paragon Gauntlet. Knight Ortel has slain numerous beasts and heretics in glorious combat. Due to his gruesome, if not flamboyant, method of dispatching his foes he has earned been named the Bloodied Champion.

Standing tall over the other members of the banner is Ser Axtrus Di'Amige in his Dauntless Shield. The mighty Acastus Knight Porphyrion has vanquished many foes over the years. Prioritizing highly armored targets such as other Knights and Land Raiders, Ser Axtrus strikes quick and relentlessly as his Twin Magma Lascannons shred his targets apart.

The forges of Ryza are currently preparing another five knights for House Hawkspyre, a Knight Warden, two Armiger Warglaives, and two Armiger Helverins. 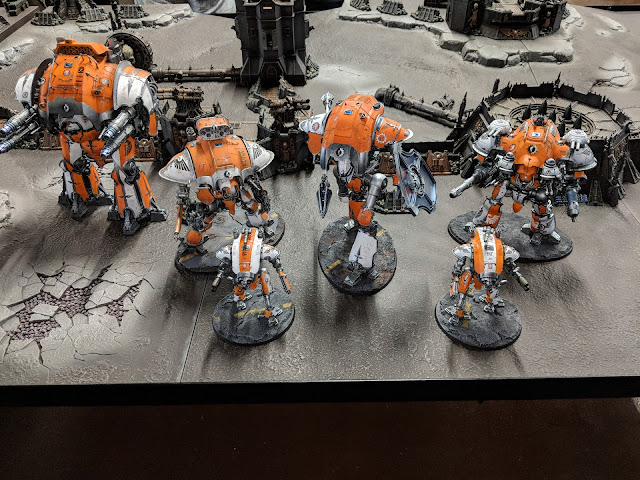 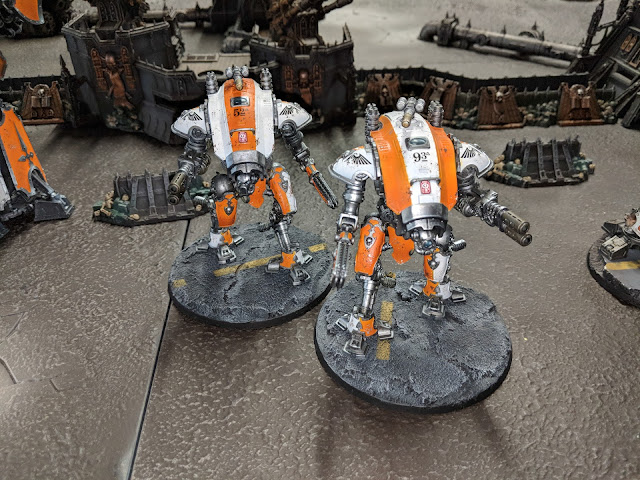 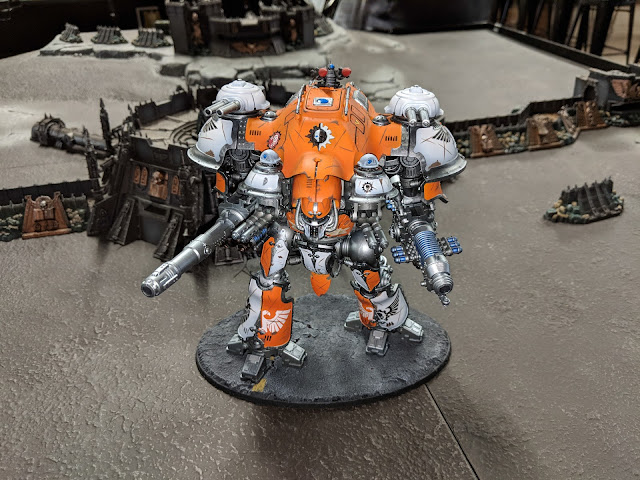 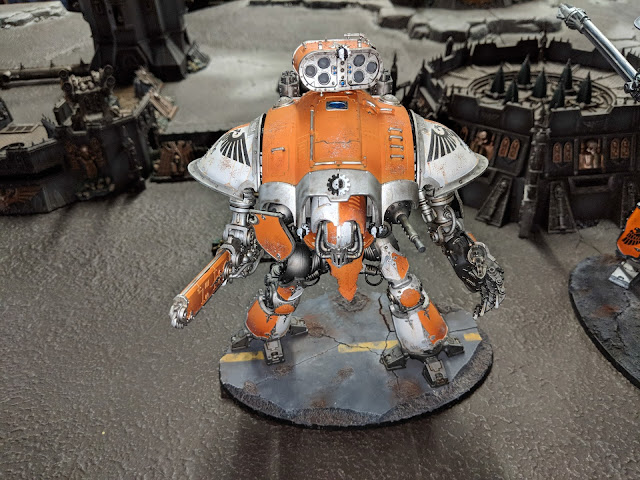 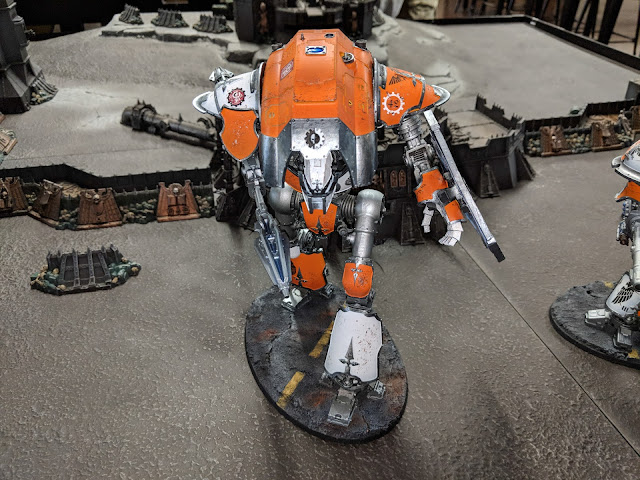 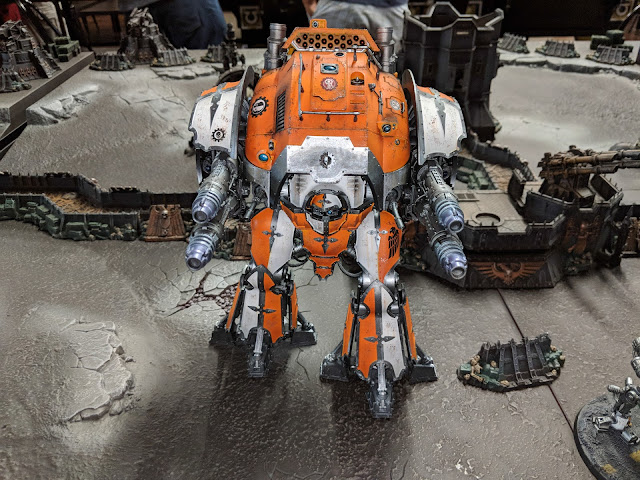