Comments: Constructed in the forgotten days of Old Night upon Mars, the name of the inventor and the original purpose of the god engines have been long forgotten to history. But it’s new purpose is far more divine as it helped bring unity and light to the stars.
Seeing action upon Ullanor, and confirming 3 of the Orks’ massive gargants falling under its primary weapons fire, it fought the greatest battles of the Imperium. Even when treachery bloomed into being, Lux Justorum and her princeps fought valiantly under the banner of the Emperor.

At Beta Garmon, old friendships ended and bitter rivalries soured upon the killing fields of betrayal. Always a bellicose and temperamental engine, Lux Justorum waded into the killing fields of Beta Garmon to enact vengeance long owed. Void shields flickered and burst under the sustained assault of city leveling missiles. Secutarii Honour Guard, if honour could be given to traitors, were eviscerated under relentless mega bolter fire. Smaller engines fell before a Sunfury pattern Plasma Annihilator unleashing the fury of a star. Engines of the same class would be impaled upon her power claw as it tore heads from carapaces or forcibly extracted their reactors.

Such was the battle upon Beta Garmon that Lux Justorum was far too damaged to make a difference at Terra and spent the Siege in the forges of Lucius repairing the damage to her body. Thus, for 10,000 years and beyond, Lux travels the stars at the head of a host of her brother and sister engines to bring vengeance to the ones that destroyed the unity of the Imperium. The Warlord and her House Terryn allies. 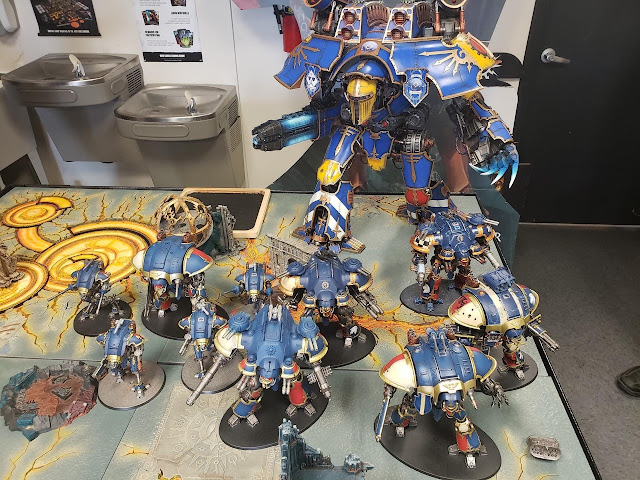 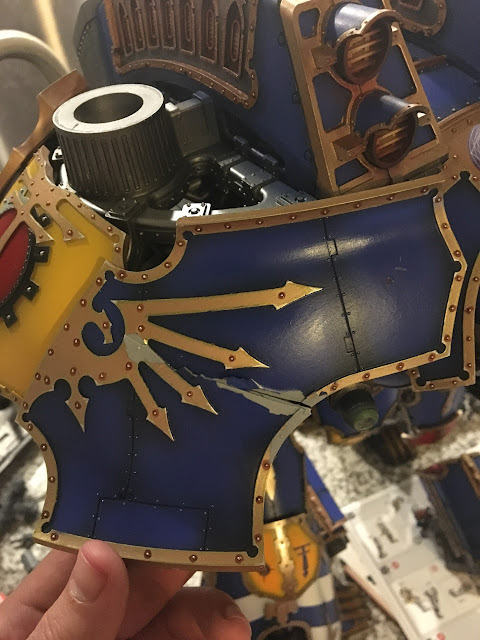 The battle damage from a fall.  Very distressing, but the story ends well. 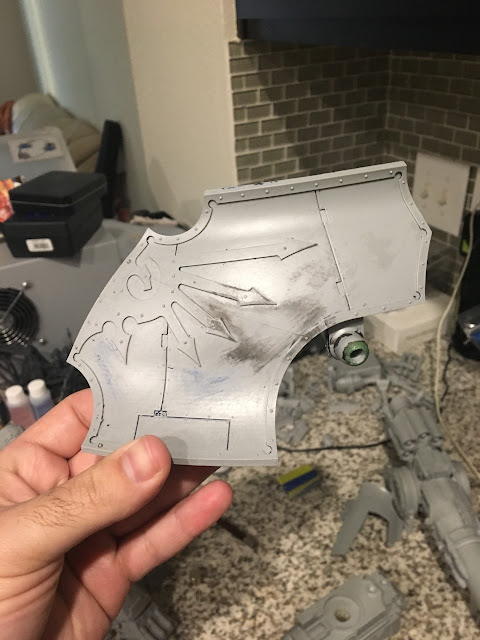 Armor panel stripped off for repairs, rebounded, and then fully smoothed over again. 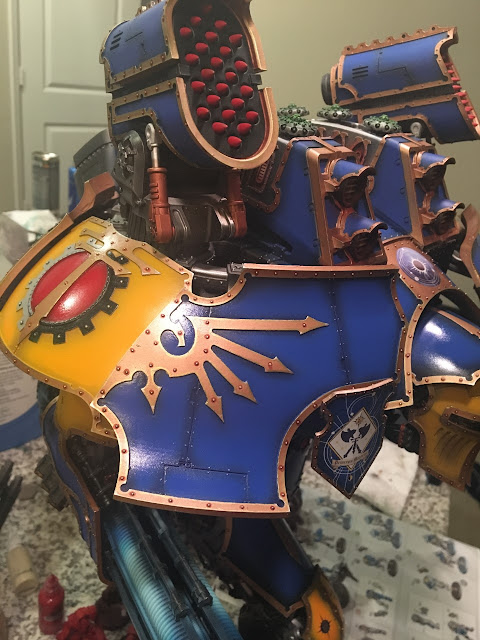 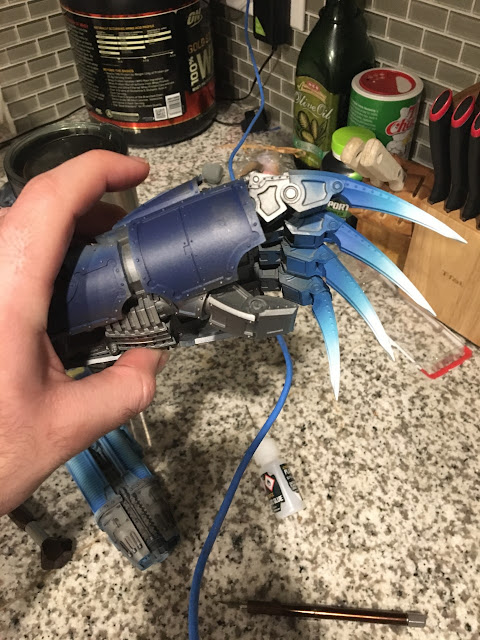 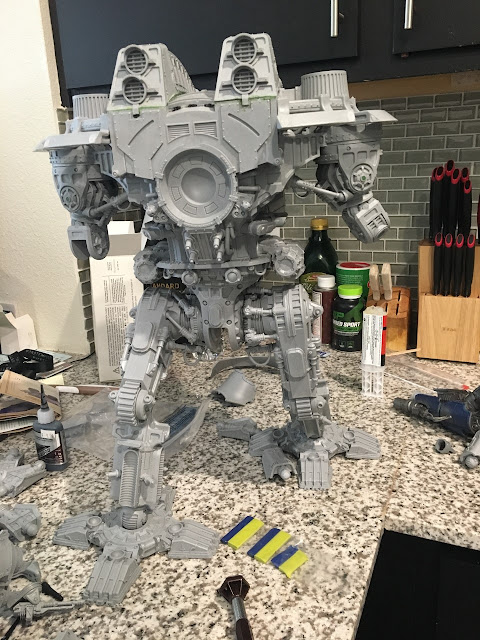 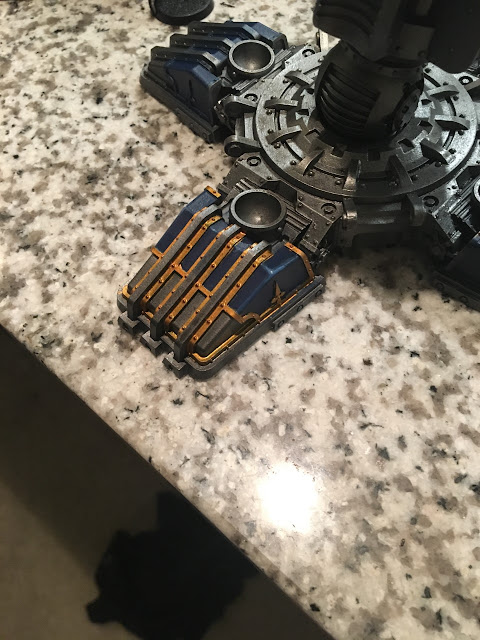 Nice work on the toe panels. 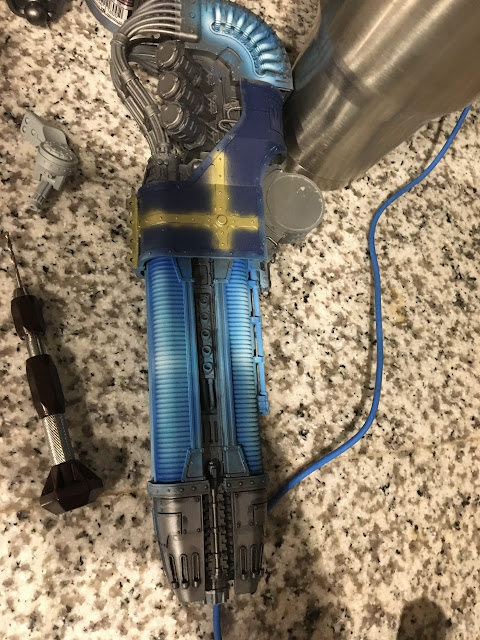 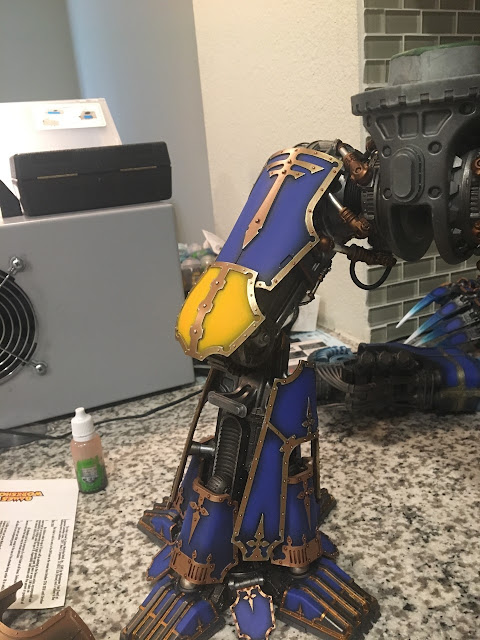 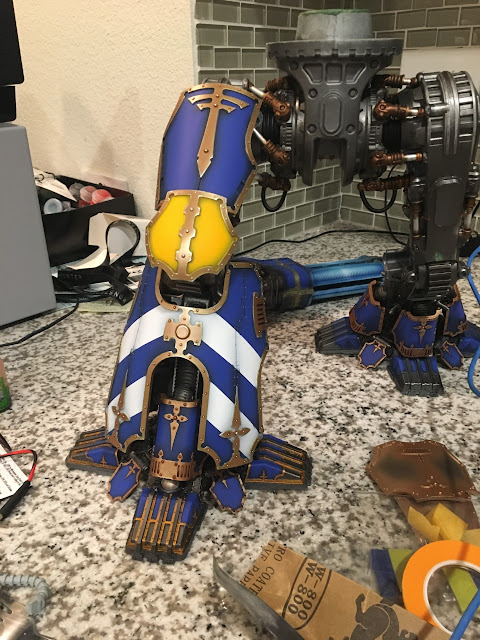 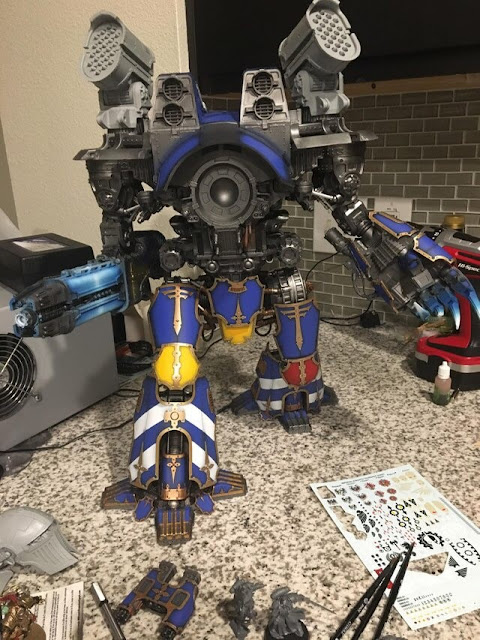 Excellent work on the leg armor. 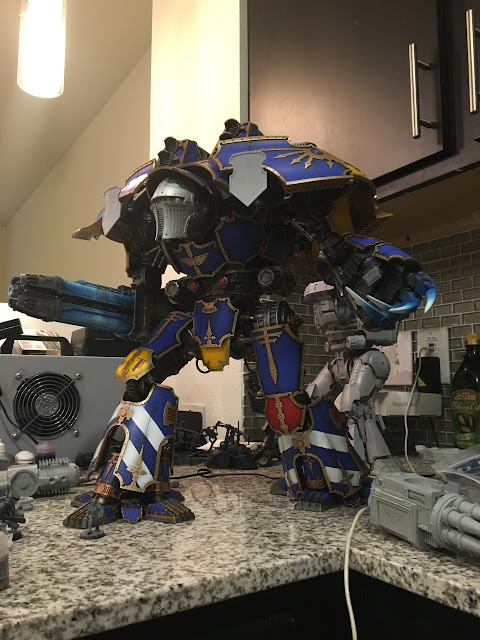 That's a mean pose there. 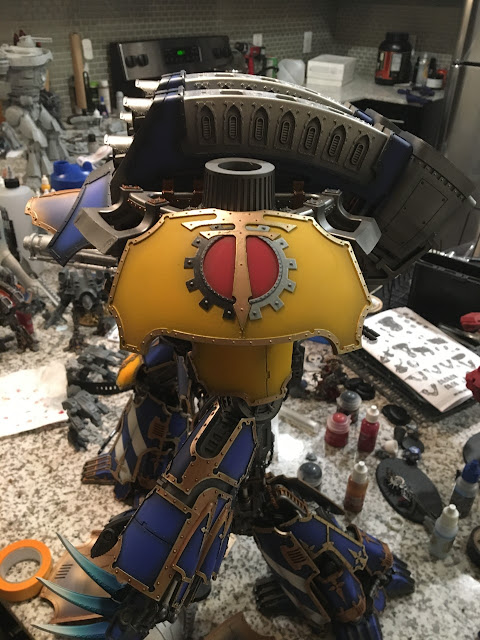 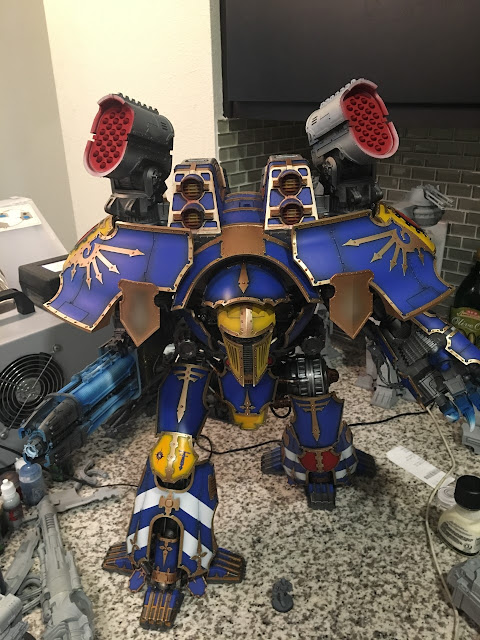 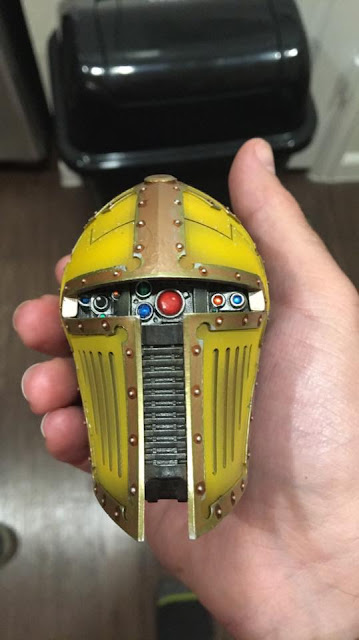 And amazing work on the head.  The gold and the yellow actually contrast really well. 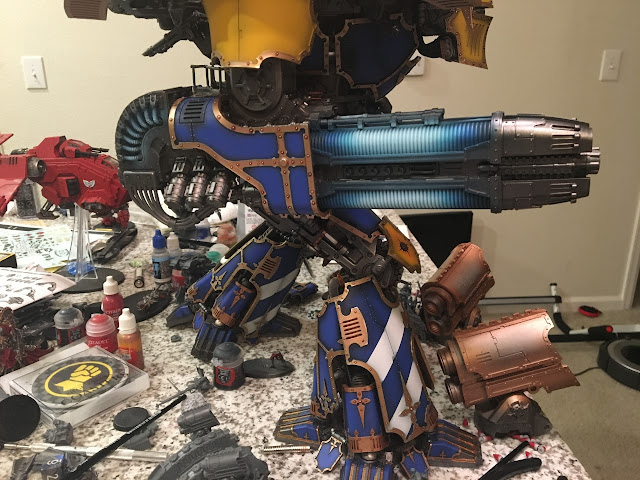 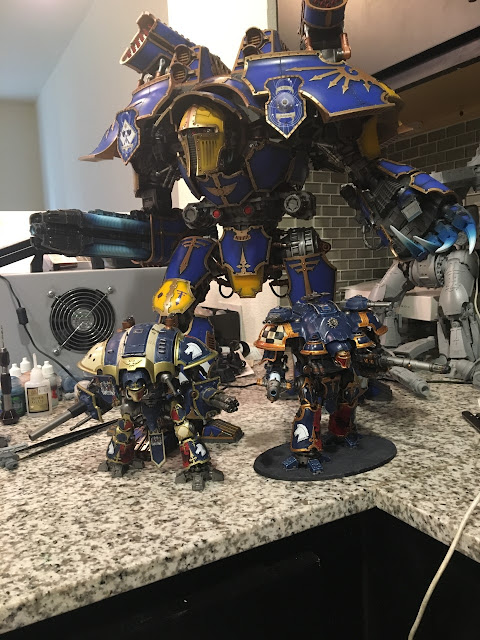 Looking amazing, and with great support, too.