Owner: Damien M.
Location: London, United Kingdom
Comments: On its first walk it proceeded to strike down Cavalcante in melee by ripping its head from its traitorous body. Revenant King has had a small refresh to its paint work to bring it up to the same standard as Countess Visitant. And now carries the head of Cavalcante as a trophy to remind the traitors that none shall be left standing. 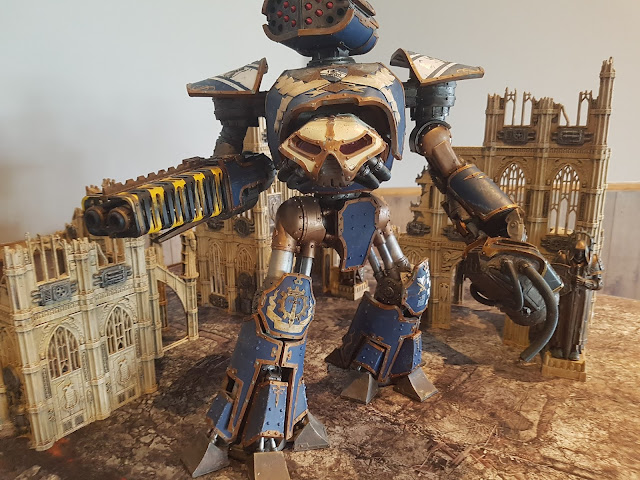 A traitor's head in its fist. And rearmed for close combat with Melta Cannon and Battle Titan Power Fist. 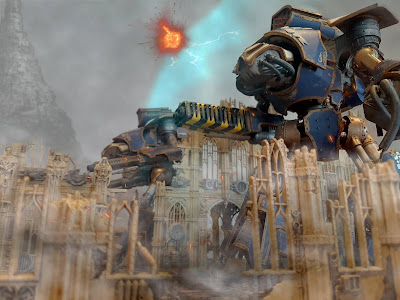 A superb artistic shot of Princeps Damien's Engines in the crucible of battle! 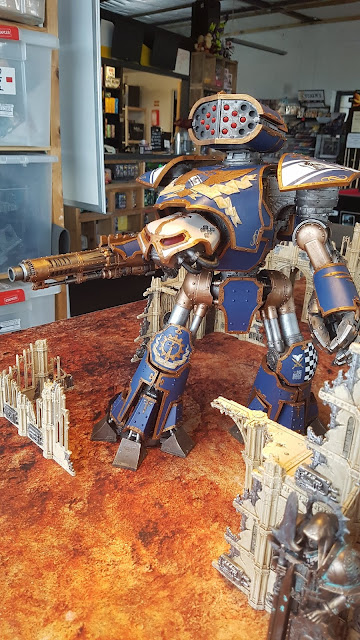 Look at that pose! absolutely brilliant. 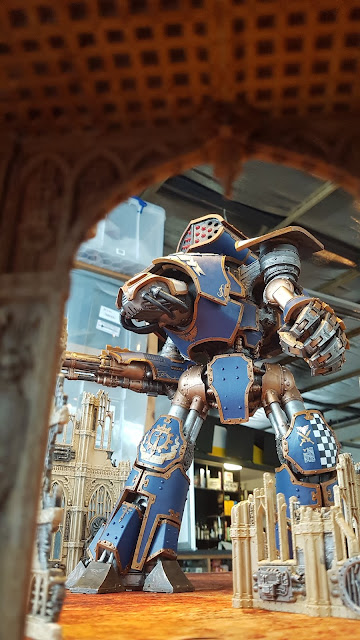 As the Revenant King walks past, soldiers hide! 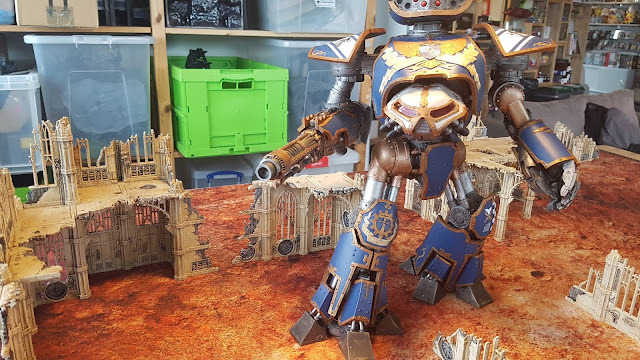 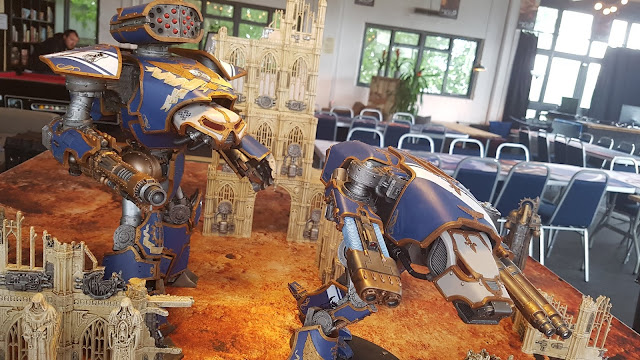 The Maniple as it currently stands (awesome and well presented). 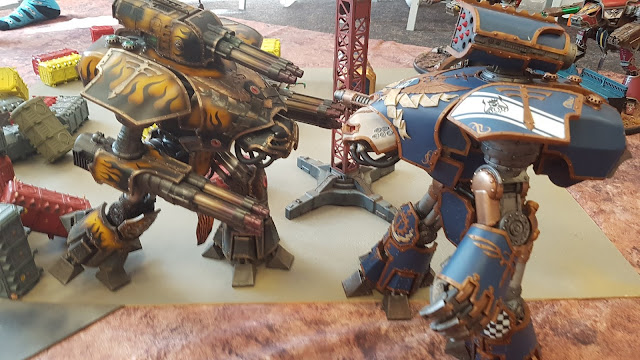 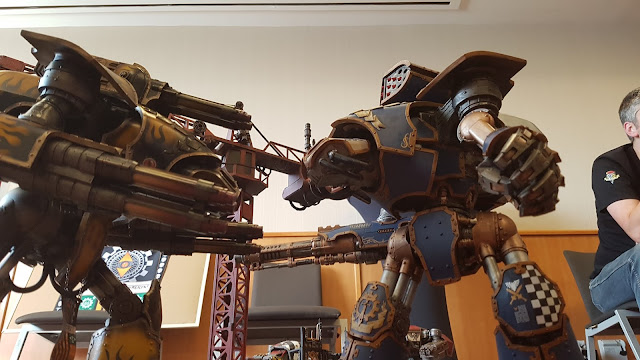 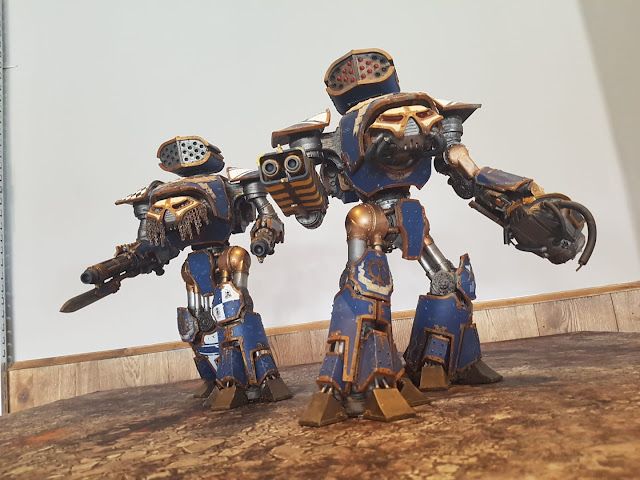