Comments: It was rumored that the Legio Phasmatis project was a secret reclamation program initiated by the Sigilite during the galaxy-spanning civil war of the Age of Darkness. Titans, both loyal and traitor alike, were reclaimed and resurrected under the banner of the Imperium. By the time of the opening of the Great Rift in M41-M42, Legio Phasmatis had been torn in two. The dark souls of these ancient engines seemed to remember their former loyalties. Perrux Carnor - one of the most infamous of turncoat engines - is rumored to hold the so-called demon core, an ancient Terran artifact thought to have originated from the earliest energy weapons of humanity (c. M2). 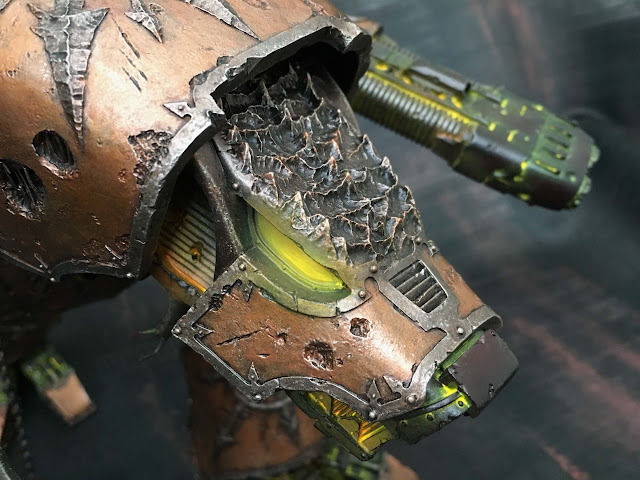 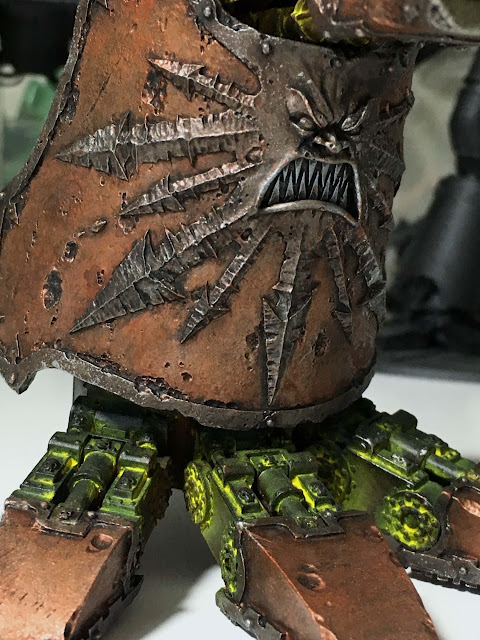 The eerie glow of this Warhound radiates malice. 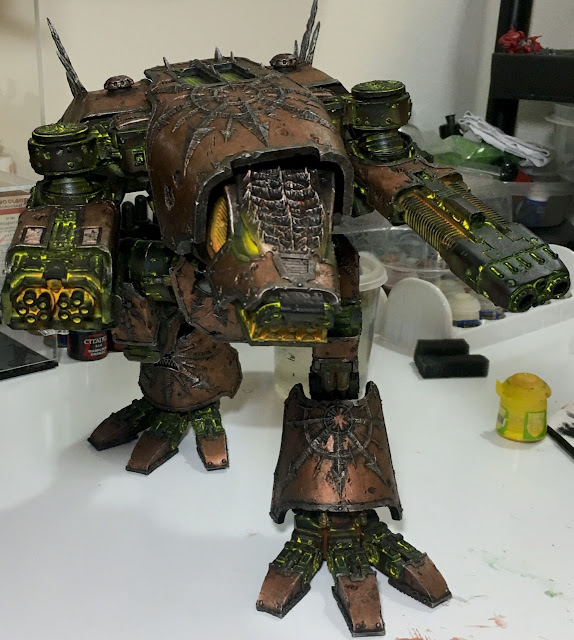 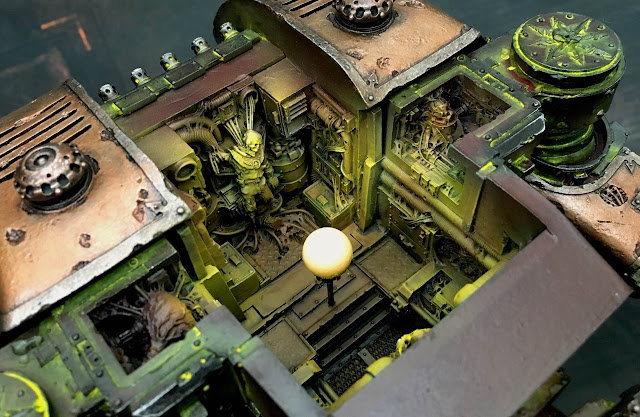 The demon core, in all its unholy glory. 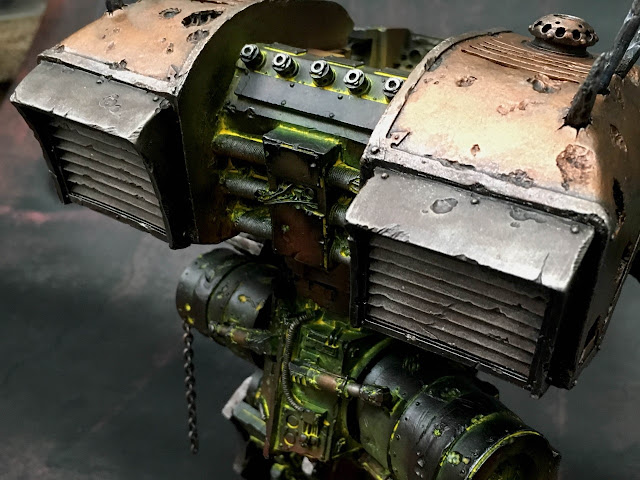 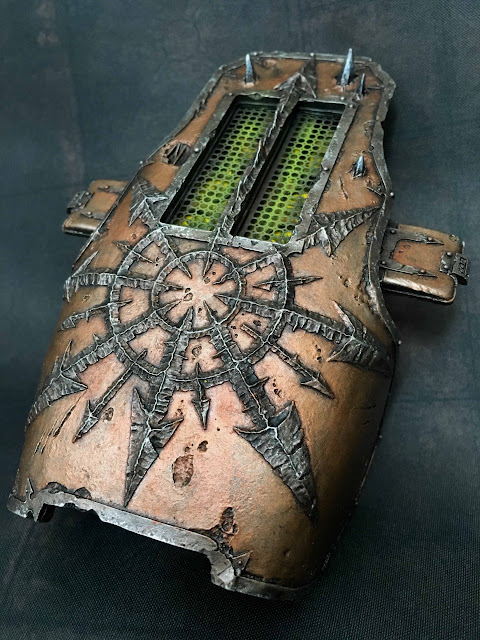 The exhaust vents on this Titan have also been affected. 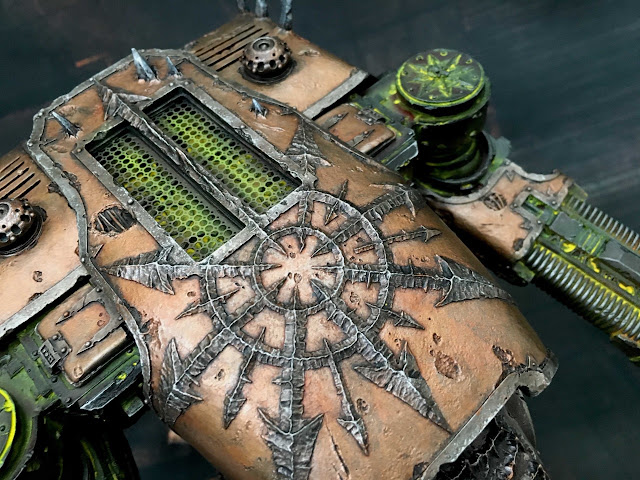 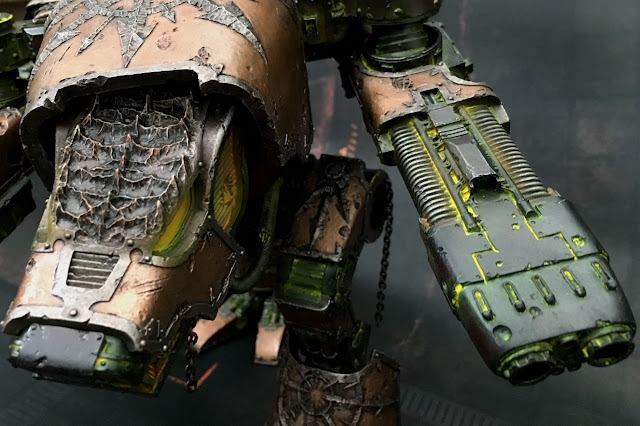 A fantastic paint job, and you can tell that the whole Titan has been affected. 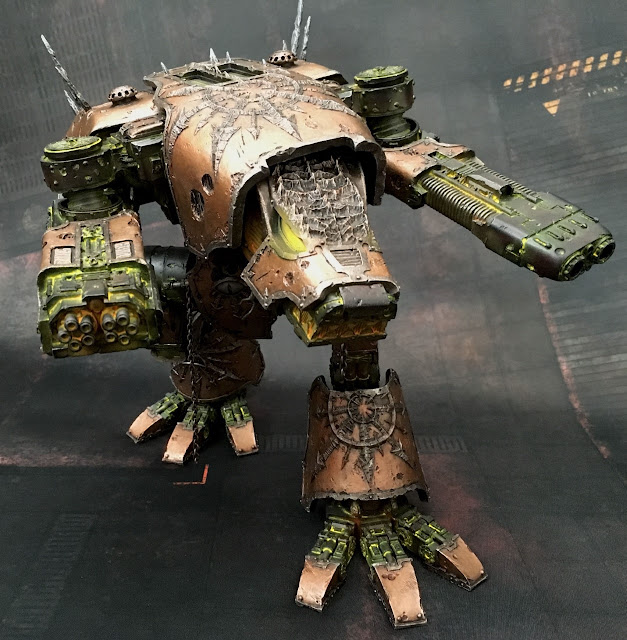