Comments: I am painting my Maniple as Legio's Invigilata/Mortis which have the same primary paint schemes so I can run with my loyalist Imperial Guard (Astra Militarum) and Imperial Knights or my Death Guard traitor forces. The Chaos variant Titans have personal background fluff to be written to account for their appearances). Although the Maniple still has to go through the Rites of Colour, it has been fun to Walk among friends on the battlefields of the 41st Millennium. 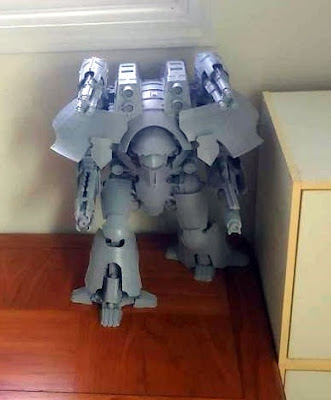 A fearsome load out, the same as my own Dominus Victoria (WLT104) so I approve! A Black, Red, Gold and White scheme shared by Legio Mortis and Legio Invigilata is a great way to ensure Princeps Michael gets to field his Titans regardless of which of his armies he s playing. And all the head options to best suit the armament choices. 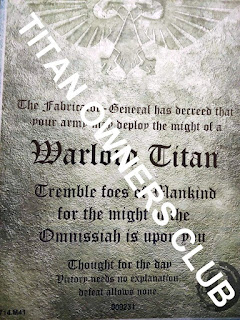 Another fine Engine registered in the hallowed Great Halls of Titan Owners Club! Once Princeps Michael has completed the Rites of Colour, the Titans will be named!