Comments: The Warlord Class Battle Titan Gladius Altissimus was born on the holy soil of Mars in early M37. It was the determination of the Fabricator General that a new Legio shall arise, and thus it was decreed that the Gladius Altissimus would be given the honor of being the First Engine of the Legio Murtus, denoting the engine’s reserved and measured Machine Spirit.

The Gladius Altissimus soon found itself engaged in its first conflict on the besieged agri-world of Charpin IV along with its sister engine, the Scutum Altissimus. What was supposed to be a mission of relief for the beleaguered defenders soon turned to a pitched battle as the corrupted engines of the Great Enemy landed and engaged. While the Scutum Altissumus succeeded in felling several Chaos Reavers, a shot from an enemy volcano lance pierced its core and destroyed the engine. Consumed with righteous fury, Gladius Altissumus avenged her fallen comrade, destroying not only the enemy engine, but routing the forces of Chaos in a display of Imperial might.

Sadly, the Princeps’s soul was lost in the engine’s now bellicose Machine Spirit. Since that first battle, the Gladius Altissimus has lead the Legio Murtus in searching out and destroying the corrupted machines of the Great Enemy. While the Machine Spirit of the engine has never regained the serenity it once carried, the contempt it holds for the servants of Chaos is lauded throughout the Legio, though her Princeps must be careful not to lose themselves in the bottomless pit of anger the engine holds. 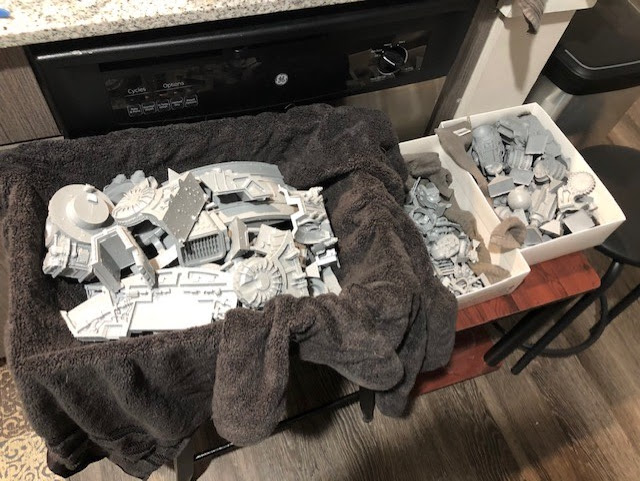 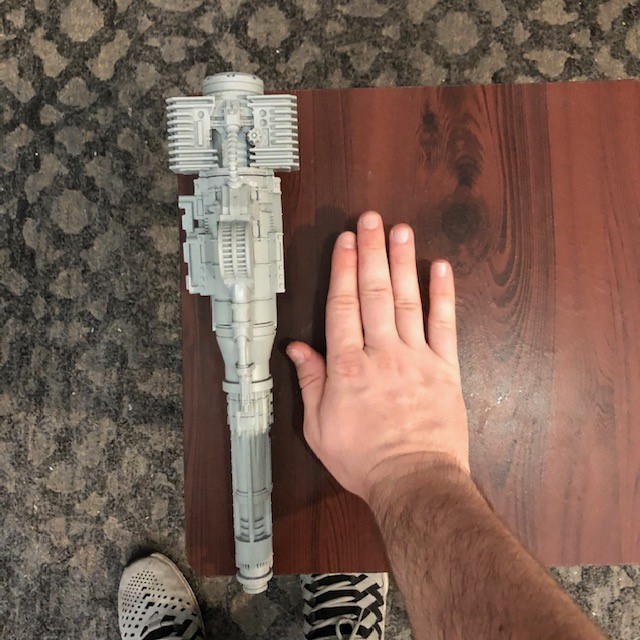 Really drives home how big that weapon is. 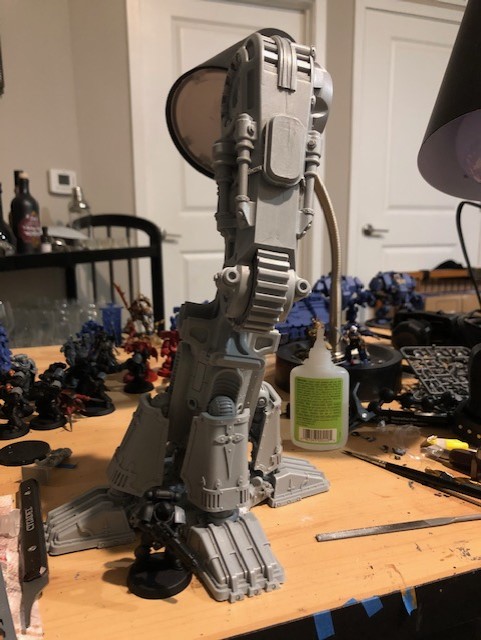 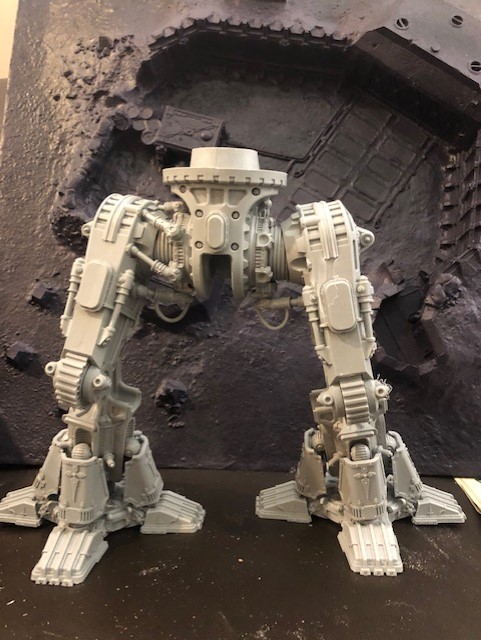 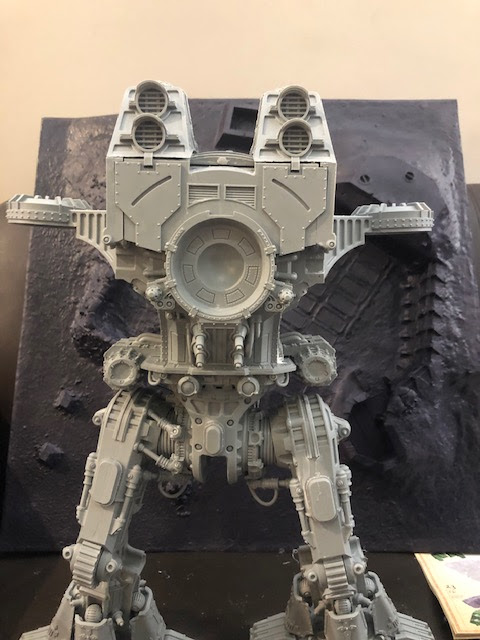 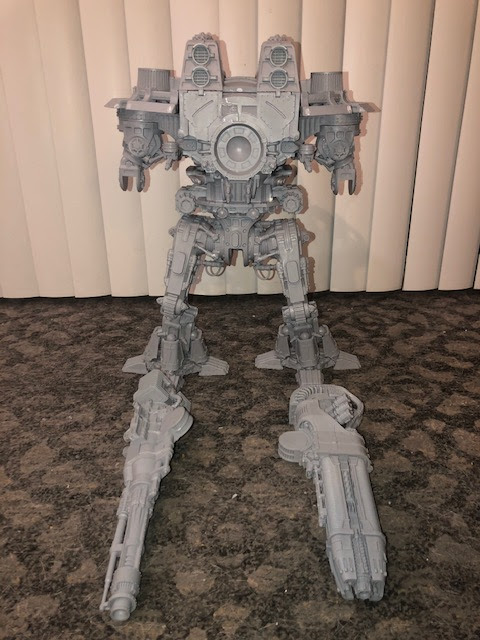 A deadly set of weapons. 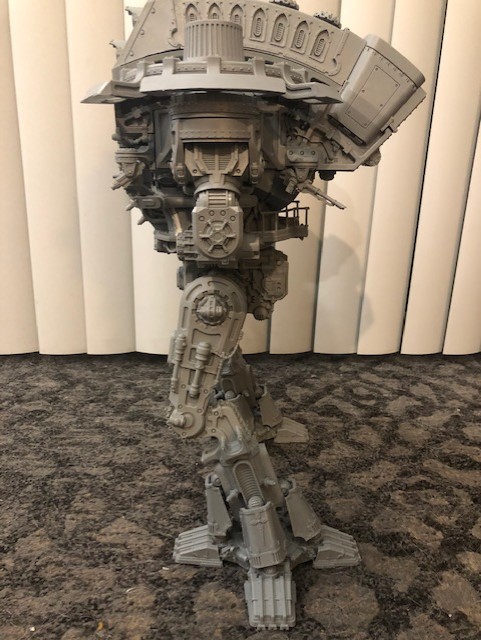 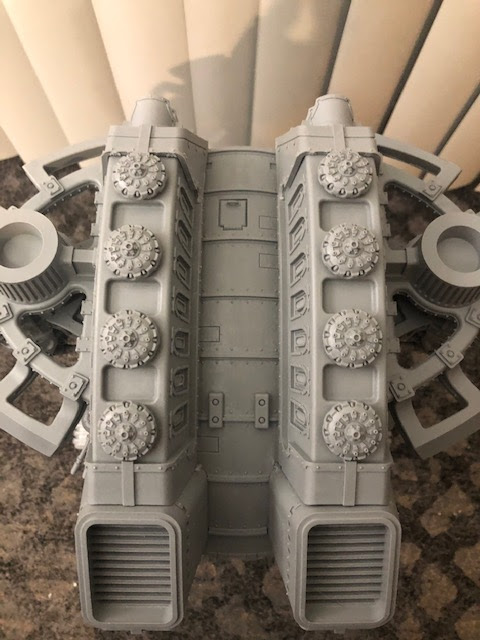 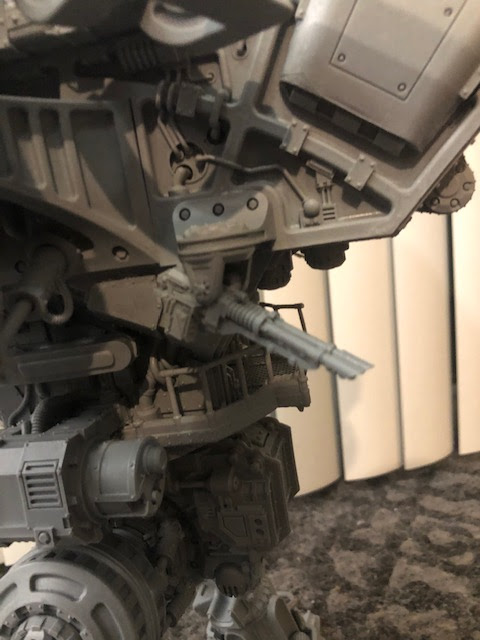 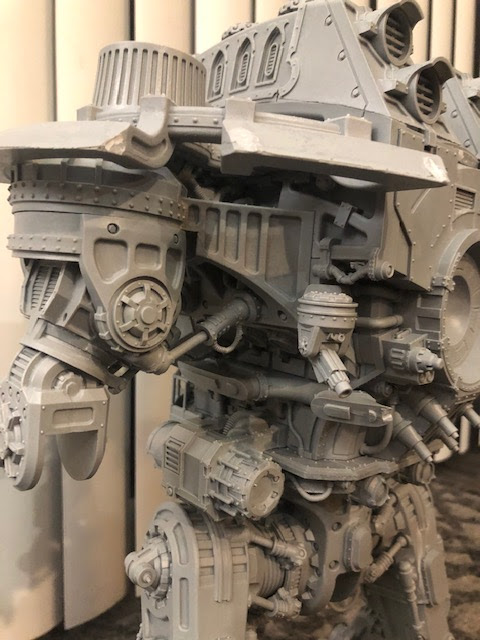 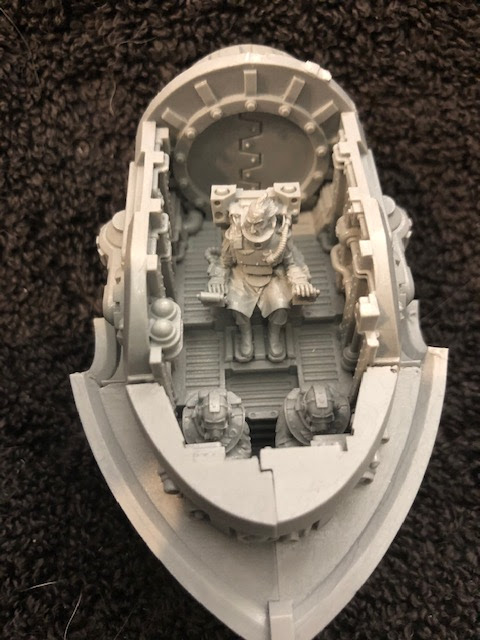 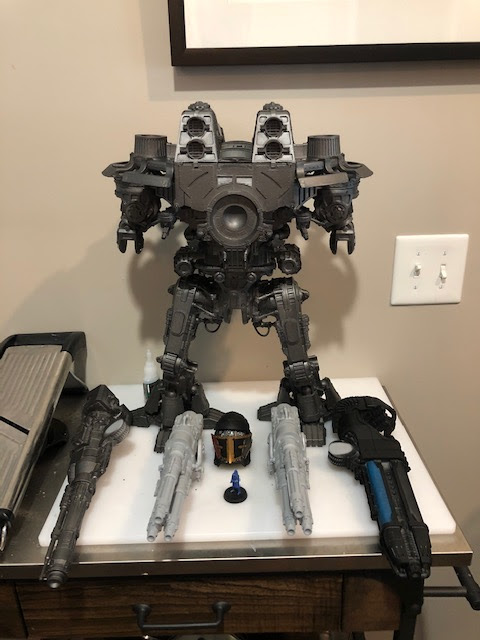 Well built and then on to the Rite of Colours. 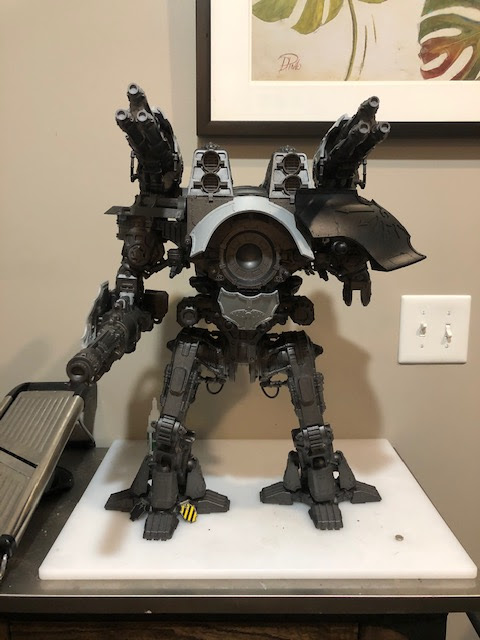 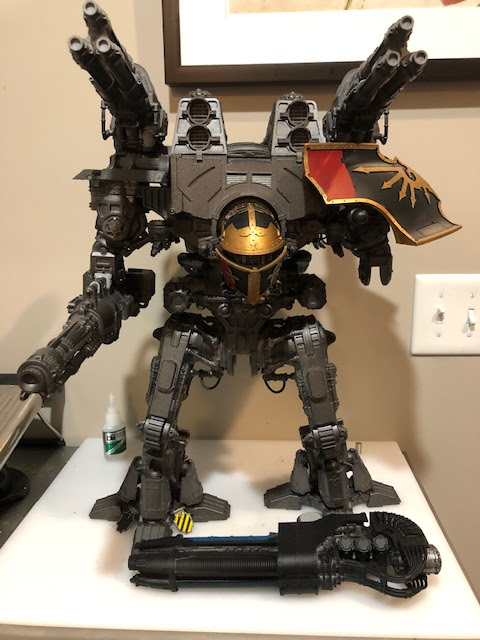 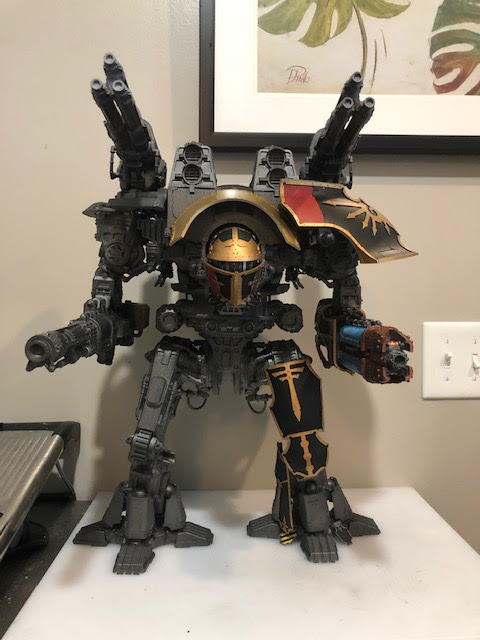 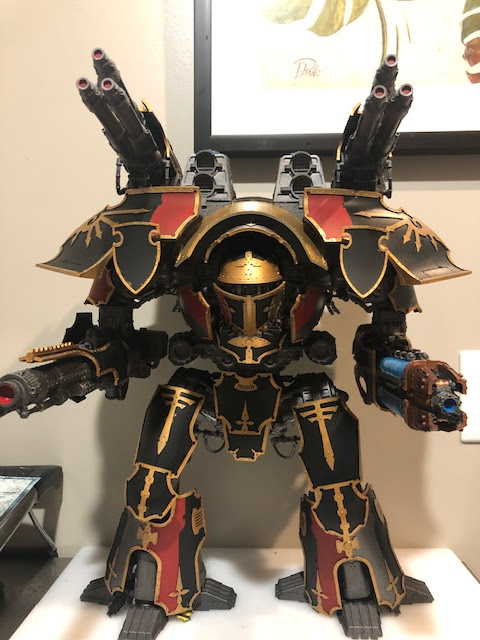 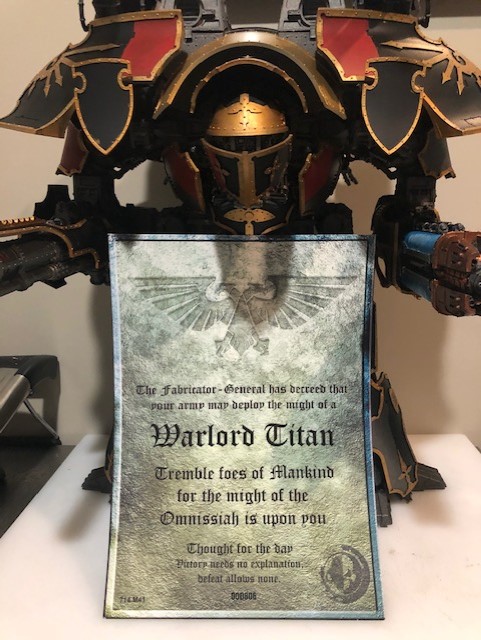 A mighty looking engine.  Can'ts wiat to see her in full heraldry.