We all knew the book was coming, but we doubt anyone expected it to go on pre-order the day that 9th Edition Warhammer 40,000 comes out.  Let's take a quick look at what's coming up in Defence of Ryza and where you can find out more. 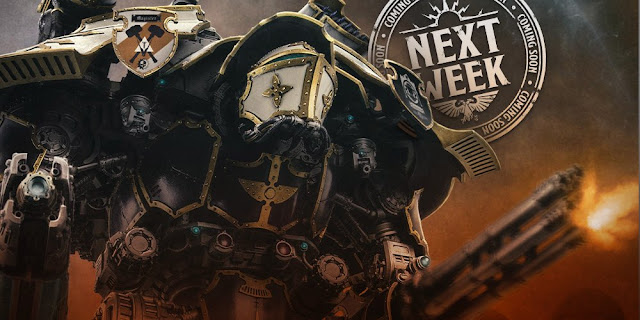 First up, full details that we can glean right now are available at Warhammer Community's two posts:

Defence of Ryza is a pretty straight forward description.  Will you shatter the great Forge World or will you defend it? 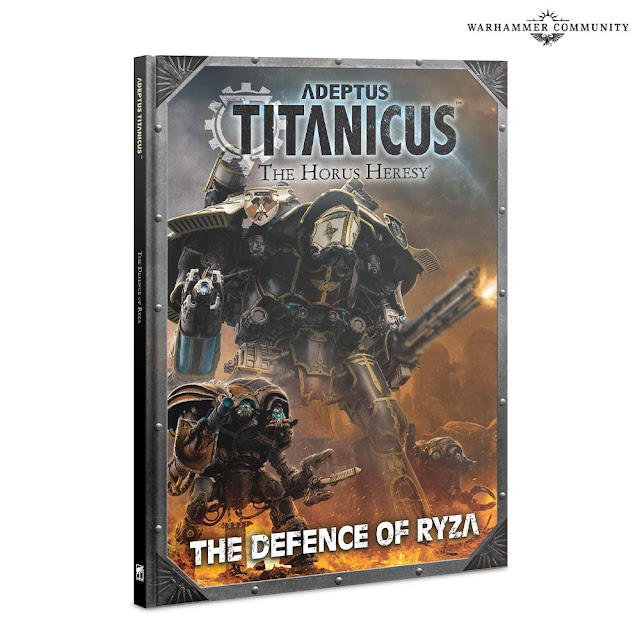 Ryza was an important target for Horus and the Dark Mechanicum.  It's a powerful planet and home to a major Titan Legion and Skitarii contingent.  The new book gives us not only four new Titan Legions, but six Knight Houses and revised rules for creating your own Titan Legion beyond the White Dwarf rules published in 2019.

Wait.....Blackshield?  Yes, you're reading that right.  Blackshield Titan Legions are going to be a thing meaning we'll have some new lore to uncover.  And that's on top of the new Knight kits that we'll receive, allowing the deadly Knights Acheron and Castigator to be built.  Most impressive.  The final part of the release is a new deck of stratagem cards that come from the new book. We've also seen preview for four of the Titan Legions in the new book, including:

This should certainly make Defence of Ryza and interesting book.
Posted by Shadow at 15:37:00